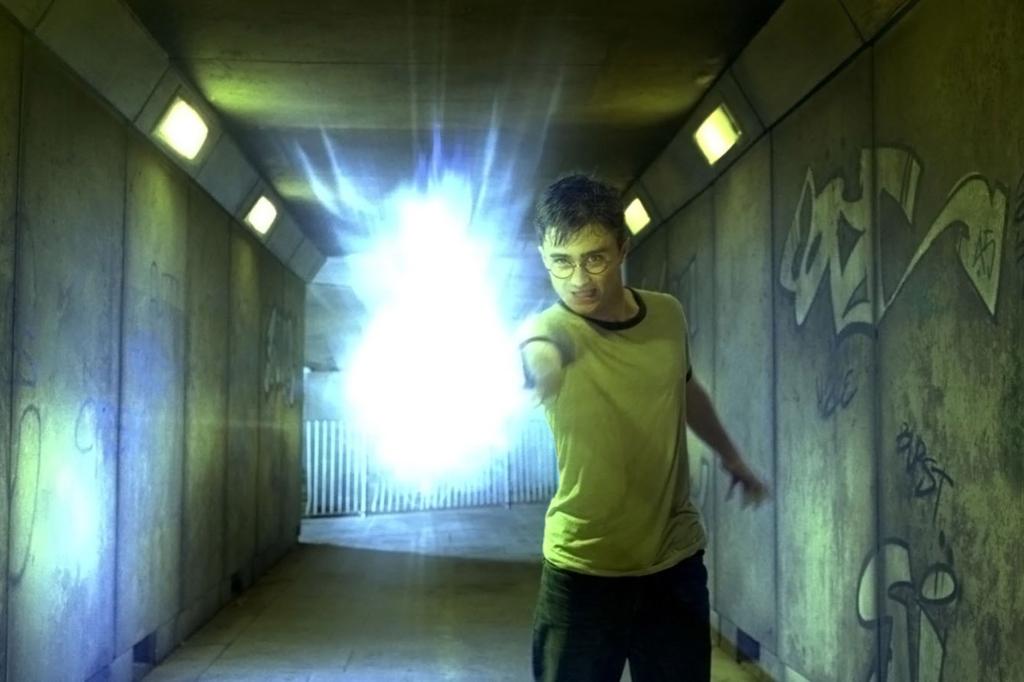 Potter fans can bring the magic to their iPhone with a few special tricks.

Thanks to Siri and some easy hacks, you can make your device cast all sorts of spells you’ll know from the Wizarding World of Harry Potter.

From Lumos to Silencio, here are 10 you can try out.

Some will need setting up on the iPhone Shortcuts app, but they’re pretty straightforward.

Probably one of the most well-known Potter spells is Lumos, which is used by Harry and friends to light up their wands as they lurk through the corridors of Hogwarts at night.

Just like a wizard or witch, you can ask your iPhone to light up too – or your iPhone’s torch at least.

Lumos wouldn’t be complete without the ability to switch your torch off too.

That’s where Nox comes in. 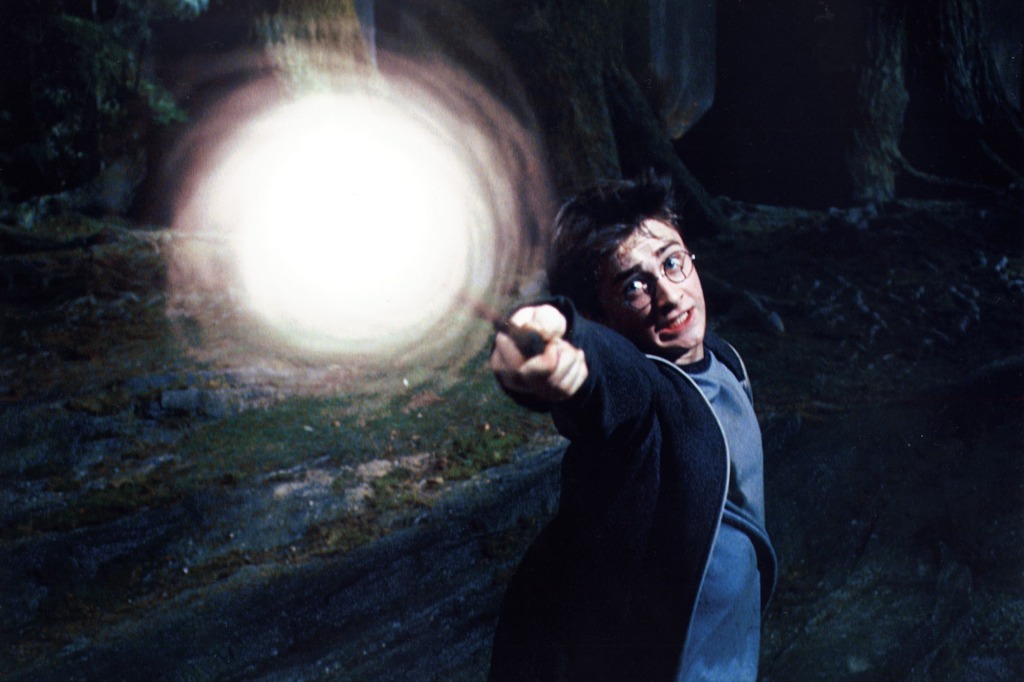 Tell Siri “Lumos” to light your phone as a wizard would to light their wand.WARNER BROS AND J K ROWLING / Ro

Accio is used by magic folk to summon objects to them.

Unfortunately, you can’t fetch items from across your room like Harry – that would be something – but you can use it to open apps.

Of course, it’s worth noting that you can ask Siri to open apps without saying Accio, so this one is best for the hardcore Potter fans. 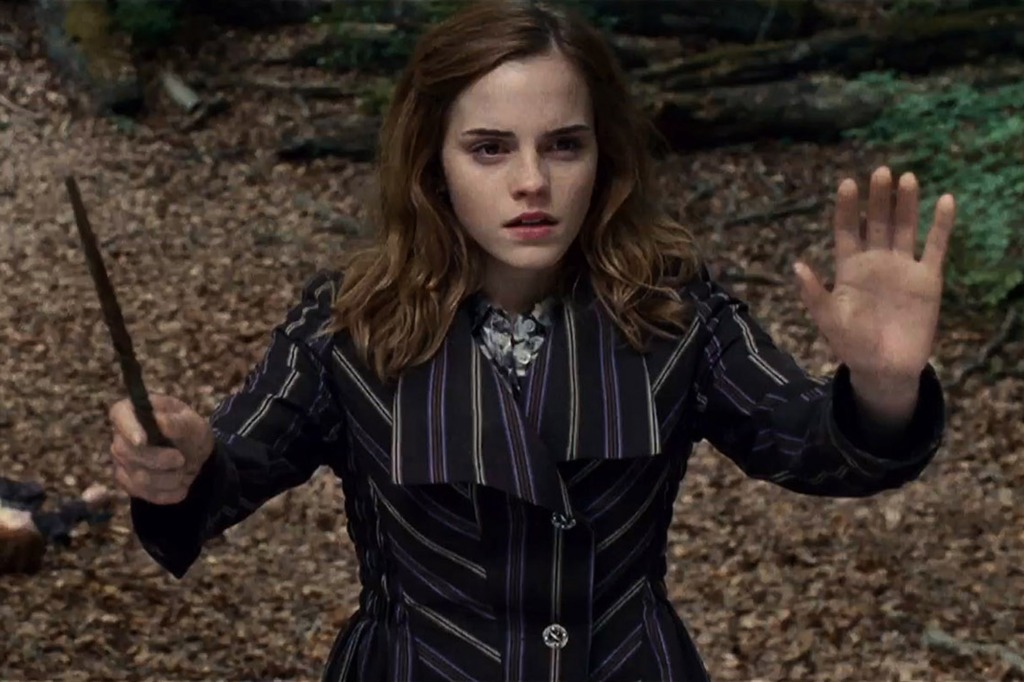 Telling Siri “Accio” is a cool way to open specific apps on your iPhone.Courtesy of Warner Bros Pictures

Spells with the Shortcuts app

The following spells can only be done using the Shortcuts app on iPhone.

For each, start by tapping the + icon in the top right, followed by Add Action.

Search for “Set Torch” and select it.

You’ll notice an arrow pointing right next to the words “Turn torch on.”

Tap it and set the brightness right up.

Finally, name it “Lumos Maxima” at the top and hit the play button at the bottom.

Now when you say, “Hey Siri, Lumos Maxima” the light will switch on to its brightest. 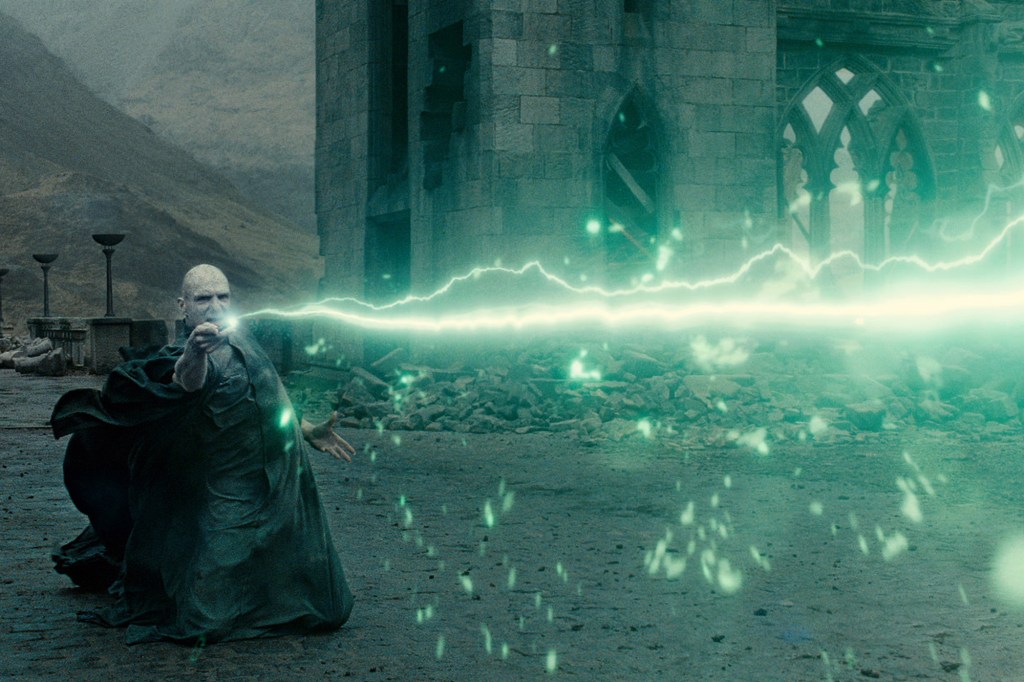 Similar to Lumos, Lumos Maxima will light up your phone, but this trick will brighten your screen to its maximum strength.Courtesy of Warner Bros Pictures

Silencio does what it says on the tin – silence.

Search “Set focus” and tap Off so it changes to On.

Name it “Silencio” at the top and hit the play button at the bottom.

When you say “Hey Siri, Silencio,” it’ll automatically go into do not disturb mode. 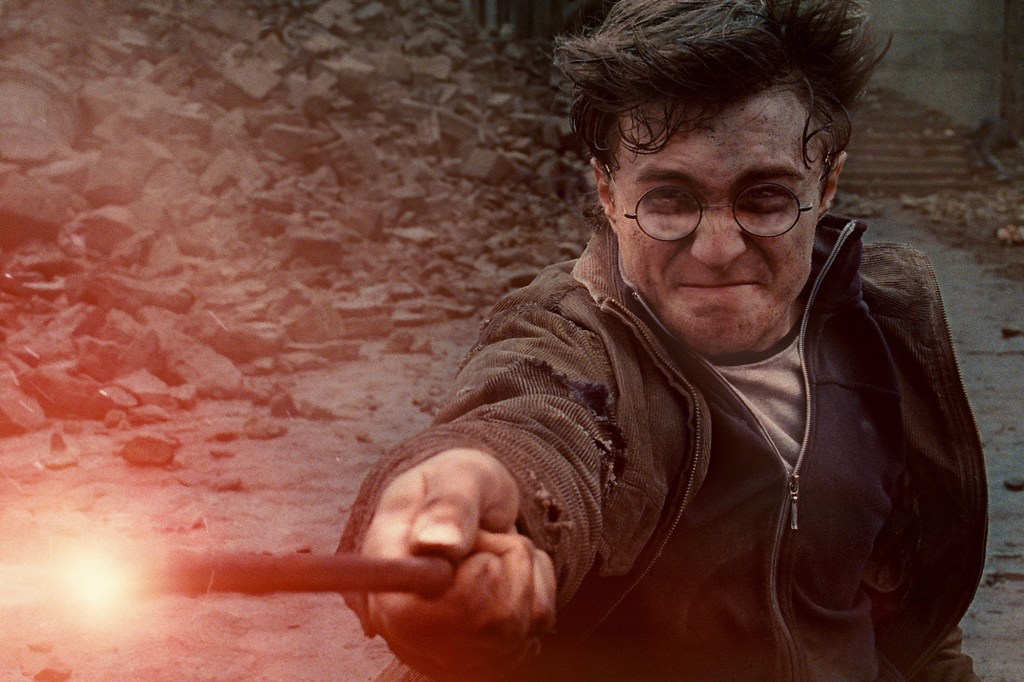 The Silenco spell will turn your phone on its do not disturb setting.Courtesy of Warner Bros Pictures

Muffliato is used in the Wizarding World to create a muffle so others can’t hear private conversations.

On iPhone, you can do something similar, by setting the volume all the way down.

Search “Set Volume” and take the percentage right down.

Name it “Muffliato” at the top and hit the play button at the bottom.

When you say “Hey Siri, Muffliato,” it’ll turn the volume right down. 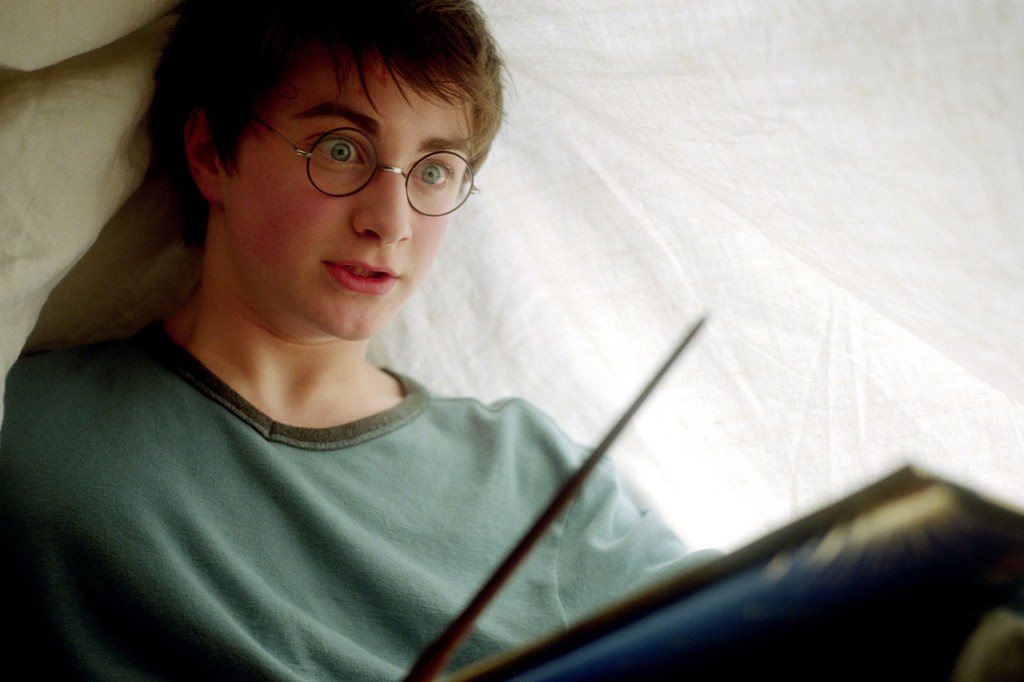 Sonorus is ideal when you want to turn the volume right up.

Do the same as Muffliato above, but this time set the volume higher and name it “Sonorus” instead of course.

When you say “Hey Siri, Sonorus,” it’ll crank up.

If you want the volume set to something more moderate, use Quietus.

Repeat the same process but go for a medium volume instead, like 50 percent.

When you say “Hey Siri, Quietus,” it’ll get working. 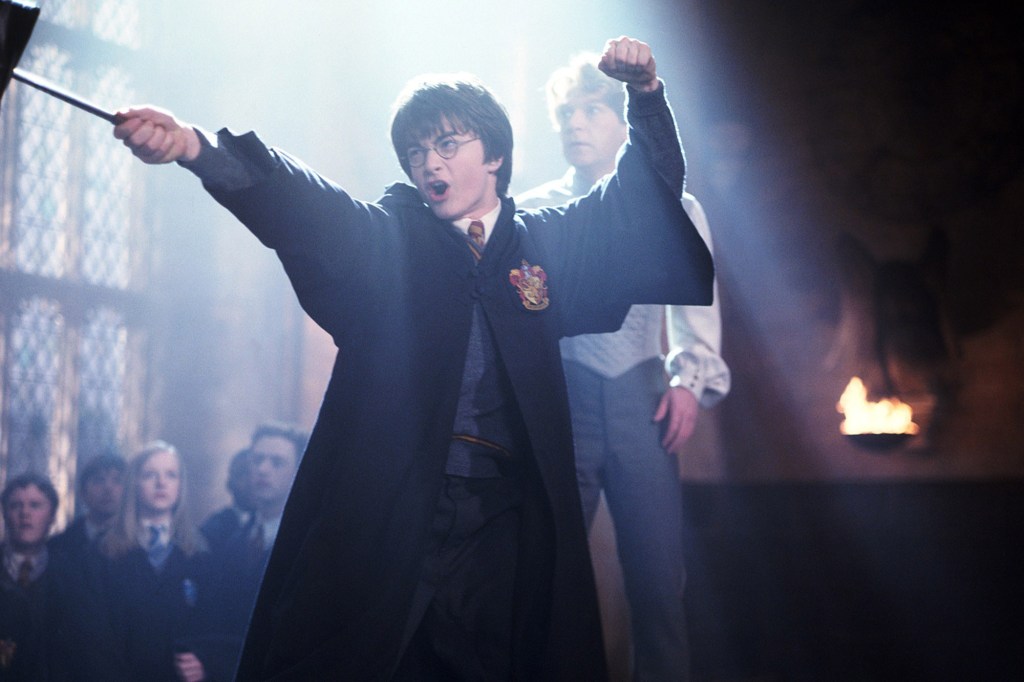 Homenum Revelio reveals who is in your presence.

If you use Find My Friends, you can make it do something similar.

Set the URL to “findmyfriends://” 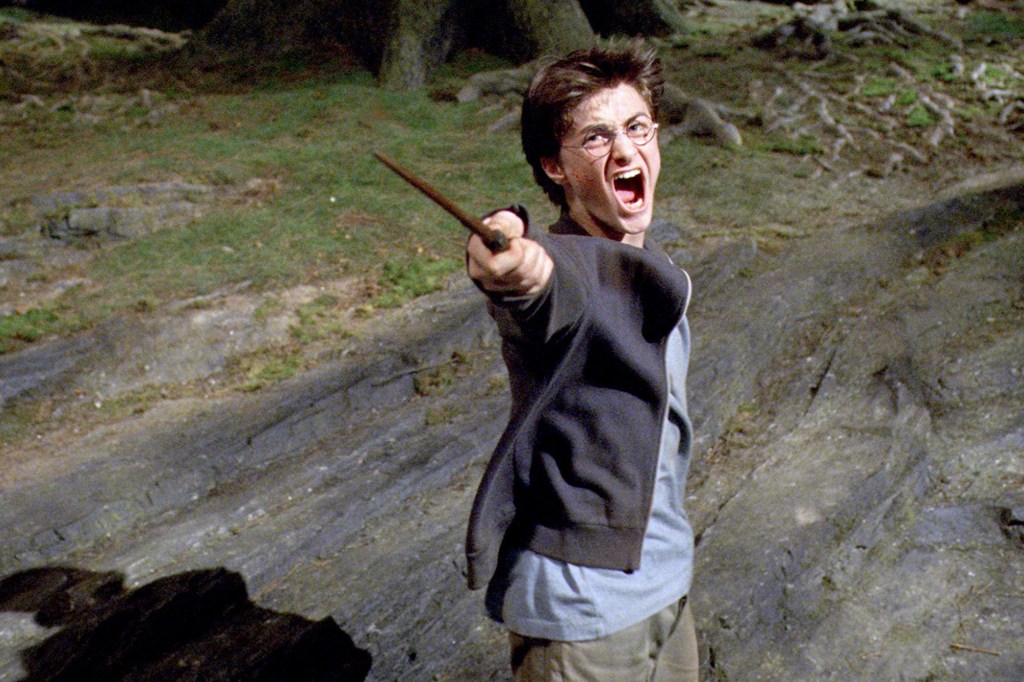 The “Point Me” spell is a cool way to open your phone’s compass app.©Warner Bros/courtesy Everett C

Need help getting about?

Point Me is the spell to use – or in the iPhone’s case, the compass app.

Search compass and rename it “Point Me.”