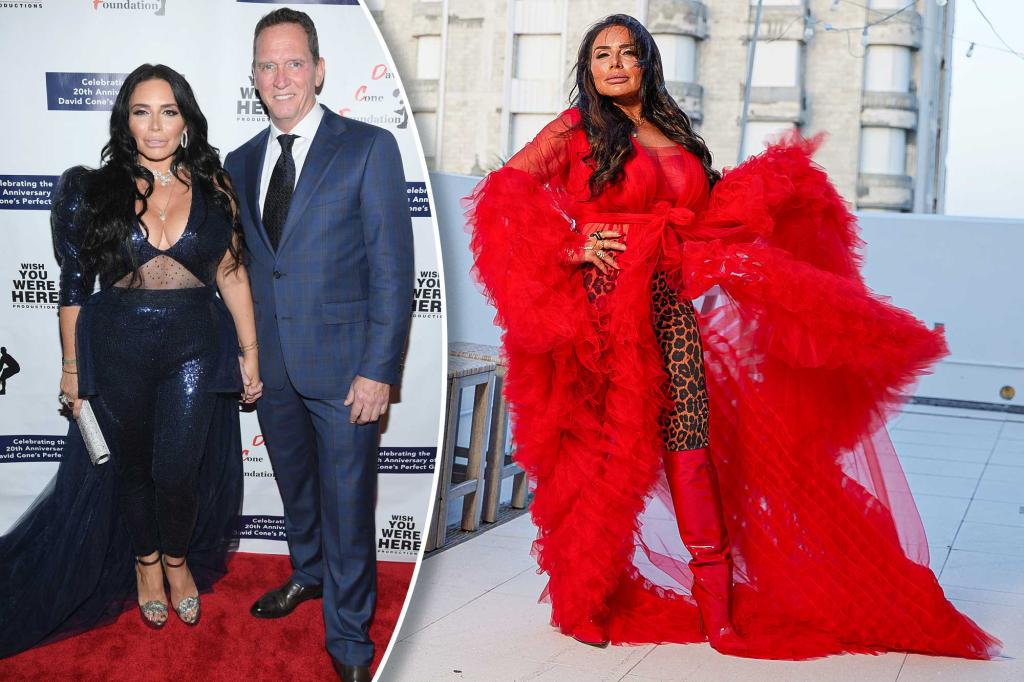 This week, The Post reported that Abitbol, the longtime girlfriend of former Yankees and Mets pitcher David Cone, has been accused by a former neighbor in a lawsuit of starting a fire at the couple’s Manhattan apartment — allegedly in a bid to land a role on “The Real Housewives of New York City.”

Speaking exclusively to The Post, Abitbol, 50, denied the allegations. “This is just a vendetta against me, it’s jealousy,” she said. “[The neighbor] is accusing me of being an arsonist. That’s insane, and it’s defamatory.”

According to Abitbol, on the morning of Nov. 9, 2019, she lit a sage candle for her morning meditation in the dining room of her and Cone’s four-bedroom apartment in Lincoln Square.

As she said her prayers, Abitbol explained, the candle went up in flames, setting off the building’s sprinklers. 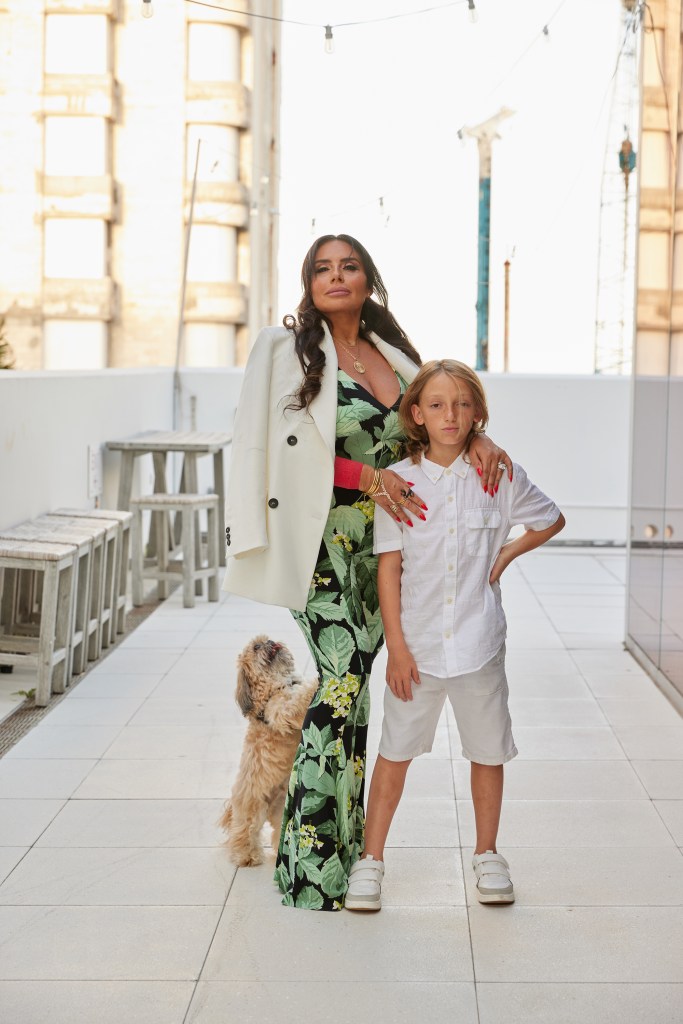 Abitbol now lives in Miami with son Sammy and dog Billy, while Cone travels between Miami and his work in New York. Jeffery Salter for NY Post

“I had never used this candle before,” said Abitbol: “And it had actual sage leaves inside the candle — I did not know that.

“I did not leave it unattended, but the sage somehow sparked and it went up in flames, but it didn’t cause a [big] fire. The sprinklers went off and the building [staff] couldn’t get the sprinklers to turn off. They had to break the hose to turn the water off. I was standing in water up to my knees.”

The NYPD and FDNY were called “immediately” to the incident, which was later ruled an accident, Abitbol said. A report by the fire department obtained by The Post confirmed this. 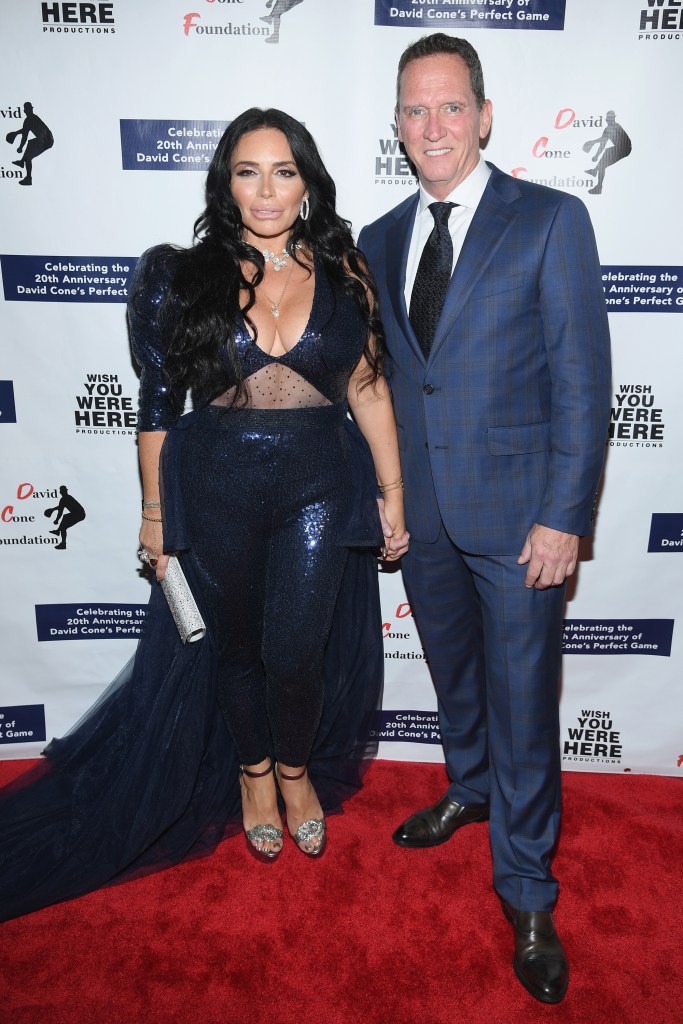 Abitbol met Cone at her old restaurant, Taja.Getty Images for The David Cone

“Don’t you think they would know if it had been set deliberately?” she said. “I would have been arrested and sent to jail!”

She, Cone, their 10-year-old son, Sammy, and the family dog left the apartment and haven’t lived there since.

On her way out, Abitbol managed to grab important documents like passports and her son’s birth certificate, but has not seen the bulk of her belongings since 2019, she said. 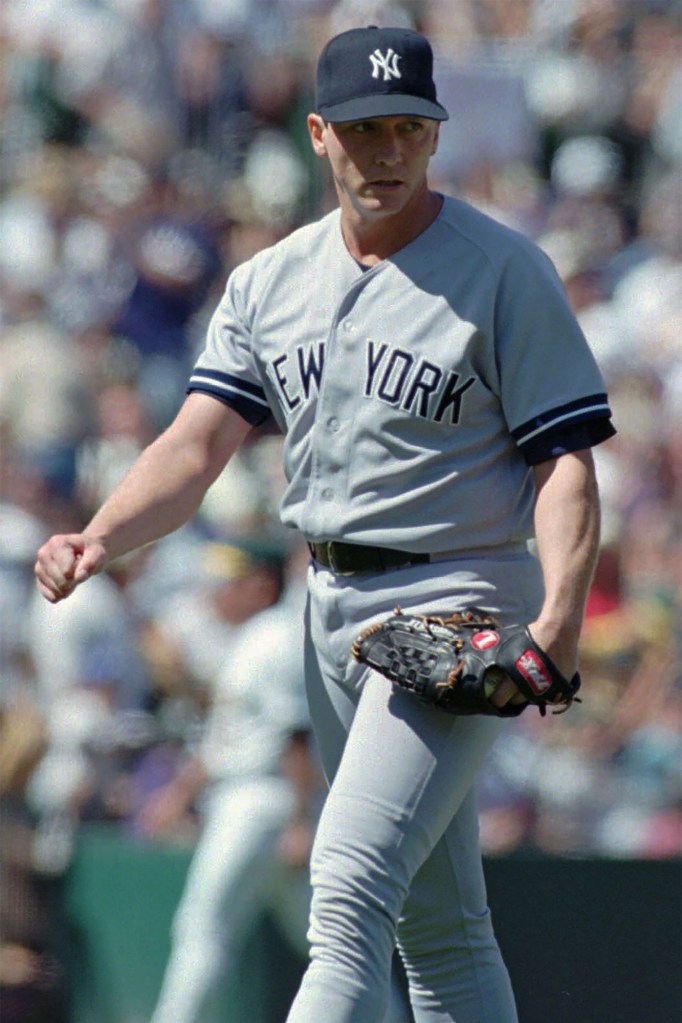 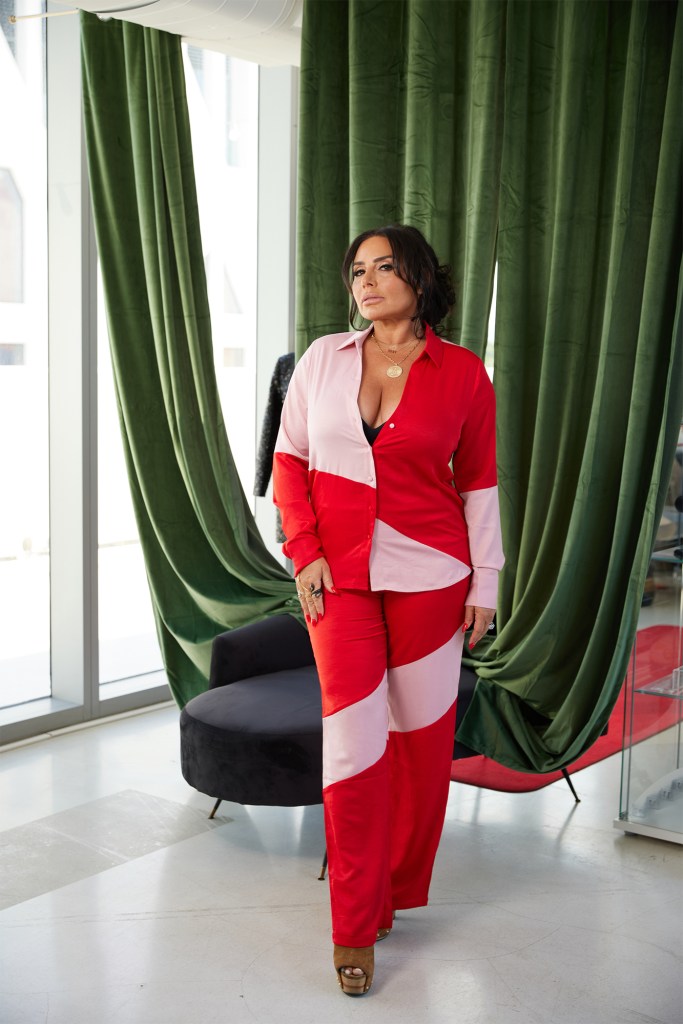 Taja Abitbol accused her neighbor Daniel Rice of targeting her because of David Cone’s celebrity in the Big Apple.Jeffery Salter

“It was the worst time of my life … I had to pick my son up from school that day and tell him we were not going home. It was a horror show,” Abitbol said. “We’ve gone through hell, and now I’m being sued nearly four years later.”

According to the lawsuit, filed in Manhattan Supreme Court on July 1 by her downstairs neighbor Daniel Rice, the sprinklers significantly damaged his apartment.

“Daniel Rice is the real victim here. We take these types of claims very seriously, he takes them seriously, and he has been placed in a position where he had to act,” said his attorney Jonathan Temchin of Tarter Krinsky & Drogin. 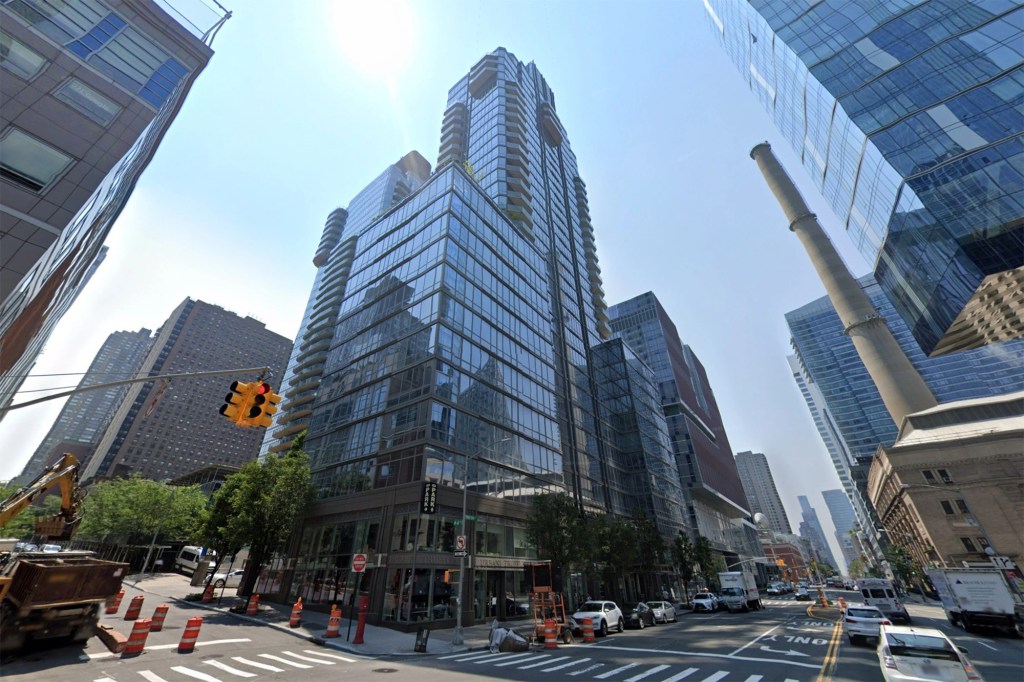 Abitbol said the fire did not cause as much damage as the building’s sprinklers did.Google Maps

Rice also claimed in the lawsuit that Abitbol and Cone “deliberately, knowingly, intentionally and/or recklessly … caused the fire … in order for Abitbol to have a story to discuss on the ‘Tamron Hall Show’ and/or to advance Abitbol’s candidacy as a castmate for the Real Housewives of New York [City] television show, among other things.

“Abitbol’s desire for fame and notoriety is well-known,” Rice’s lawsuit — which Abitbol only found when a sports fan alerted her to it over Instagram — alleged.

Abitbol confirmed to The Post that she has spoken to Bravo execs in the past — and is close friends with a slew of “Housewives” stars, including New Jersey’s Teresa Giudice and Cynthia Bailey from the Atlanta show. As to whether she wants to be on the show, she said: “Why not!” 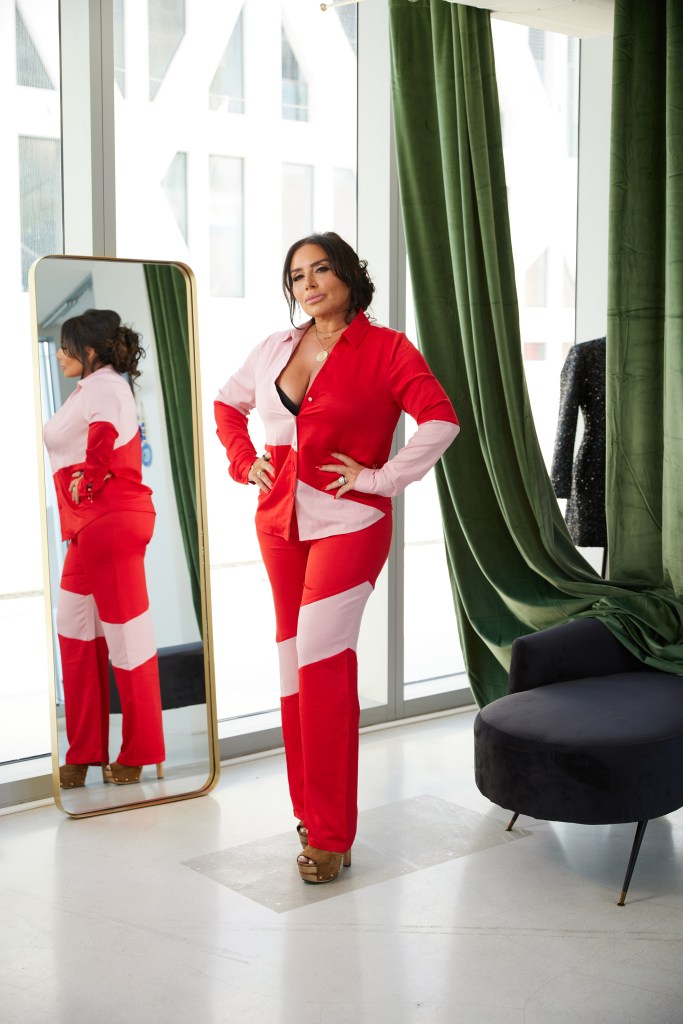 The family left the apartment the day of the fire and have not lived there since.Jeffery Salter for NY Post

Still, “One thing has nothing to do with the other,” Abitbol said, adding she has never met Rice. “This was a defective candle, it was a pure accident.”

Bailey was actually on her way to NYC to stay with Abitbol for a few days when she heard the apartment had flooded. “Taja was completely devastated,” said Bailey: “She couldn’t even talk on the phone. She was a mess … trying to figure out where she and her family were going to live.”

Abitbol, who grew up in Queens, added that the last time she went back to the rental property was in late 2019 to collect her family’s belongings and meet with insurance agents and building management. 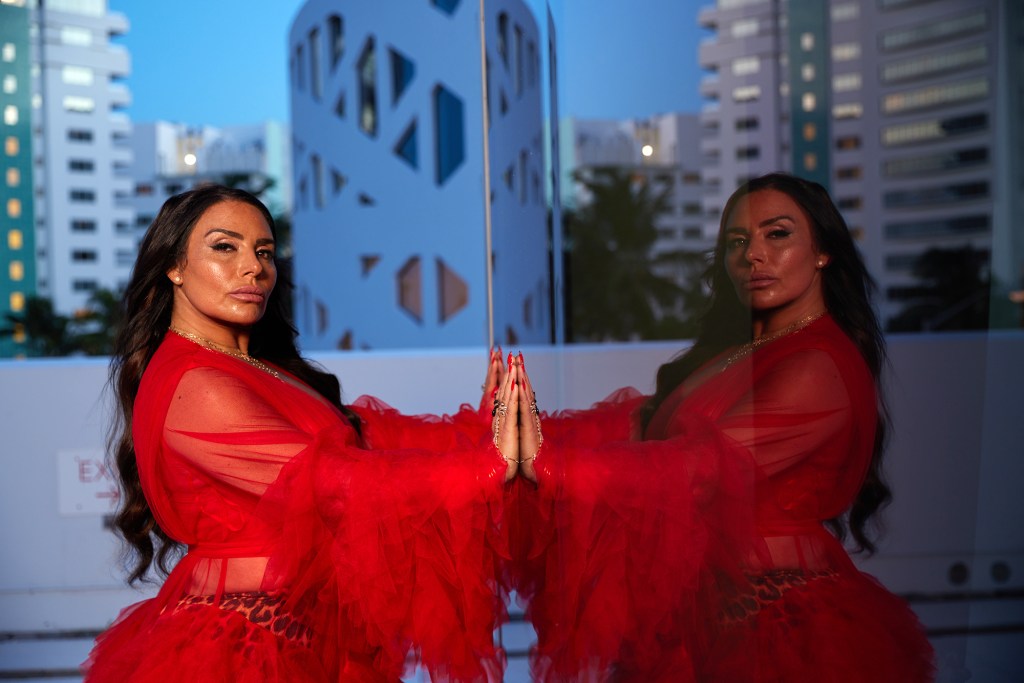 Abitbol and Cone now split their time between their Florida home and NYC. Cone, 59, retired from baseball in 2003 and is now a color commentator on ESPN and the YES Network. Abitbol recently opened Taja Drip, a luxury wellness center in Miami offering vitamin IV infusions, based out of trendy South Beach hotel Faena, and has also started a skin care range and supplement line.

She believes that her former neighbor is targeting her family because of Cone’s status: “This guy is looking to sue me because David is a New York legend — he doesn’t deserve this, the poor guy.”

The two first met at her former restaurant Taja — a French Moroccan place in the Upper East Side that closed in 2007 — and then again at a holiday party in 2010. She said they are “longtime engagees” but have never wed. She has owned four restaurants in total, three in NYC and one in Las Vegas, but all are now shuttered. 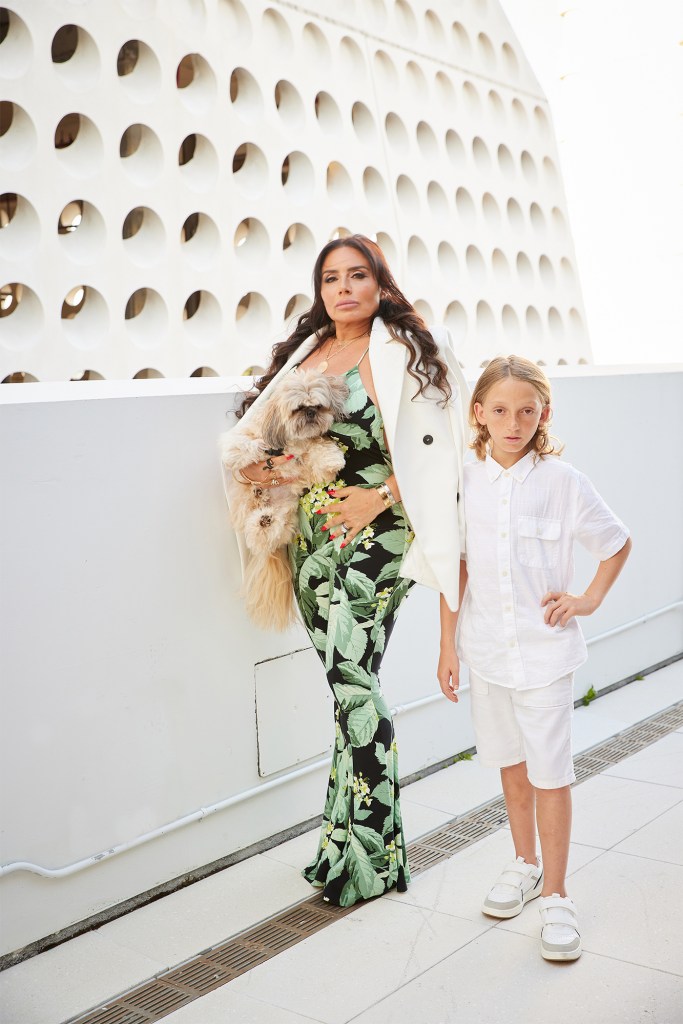 A Bravo source claims Taja Abitbol hasn’t reached out on possibly being on “The Real Housewives of New York City.”Jeffery Salter 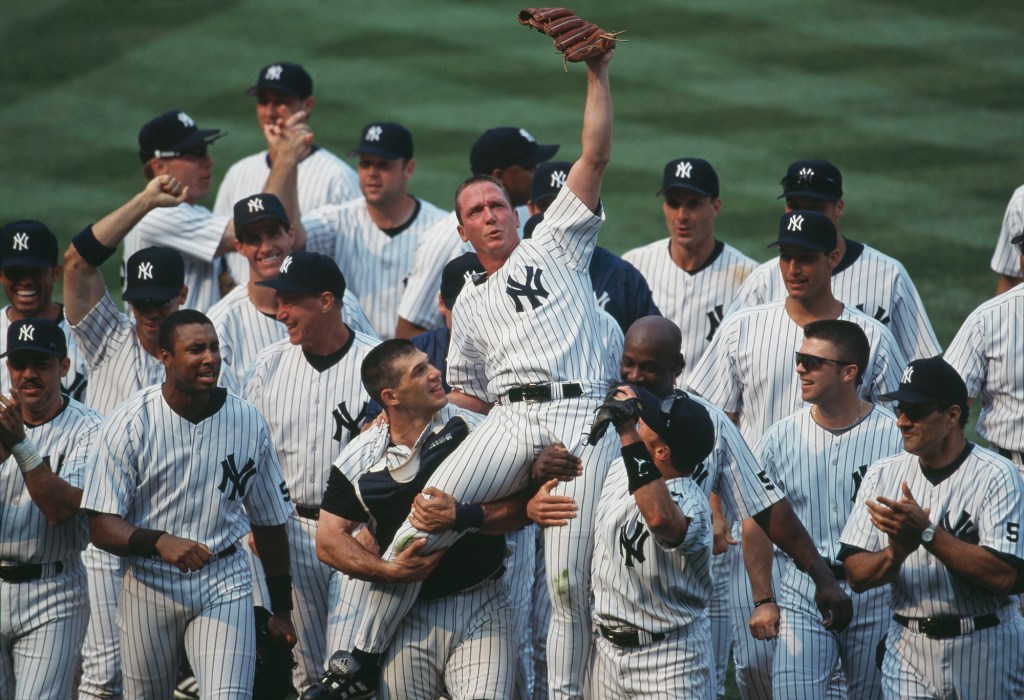 Since retiring from the field, Cone is now a color commentator on ESPN and the YES network.Getty Images

Rice, who is suing both Abitbol and Cone for at least $320,000 in damages, claimed in his lawsuit the couple “negligently and wantonly left candles burning in Unit 14B which started a fire and caused significant damage to Unit 12G.”

The damage from the blaze and water sprinklers forced him to carry out a “gut renovation” of the home, the lawsuit claims, during which time he was forced to find “alternative temporary living arrangements.”

The lawsuit notes that Rice, an Army vet, received a Purple Heart when he was injured by an improvised explosive device in 2005 after serving multiple tours in the Middle East. He is currently serving as the Special Advisor to Commander-in-Chief of the Ukrainian Armed Forces General Valeriy Zaluzhnyy in the Russian invasion of Ukraine, the court papers said. 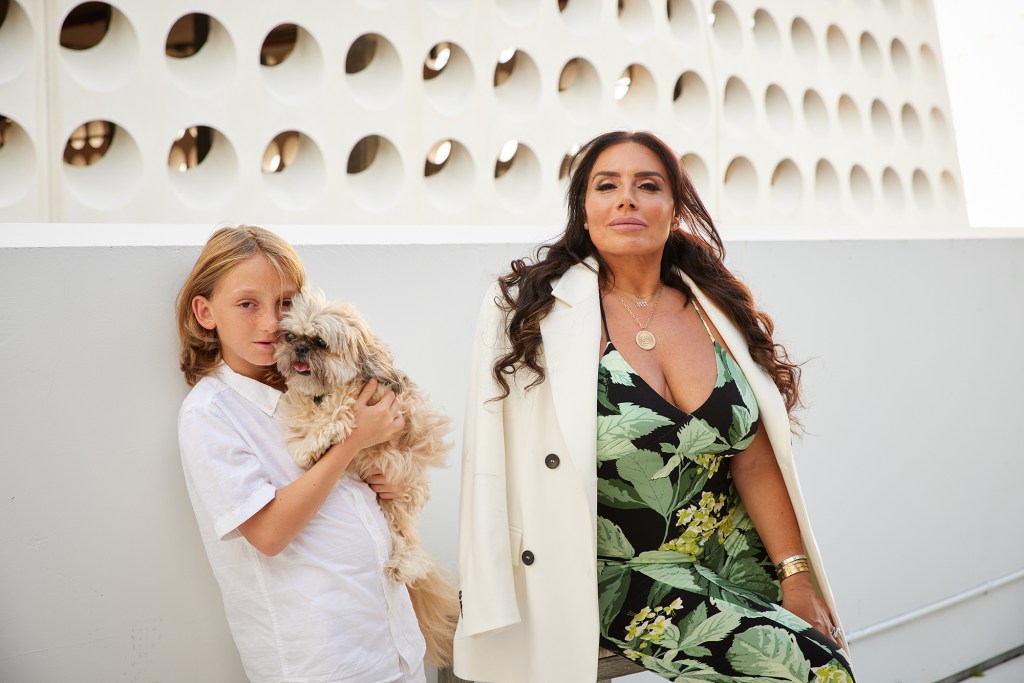 Taja Abitbol said she was horrified to tell her son, Sammy, they weren’t going back home after the 2019 fire incident.Jeffery Salter 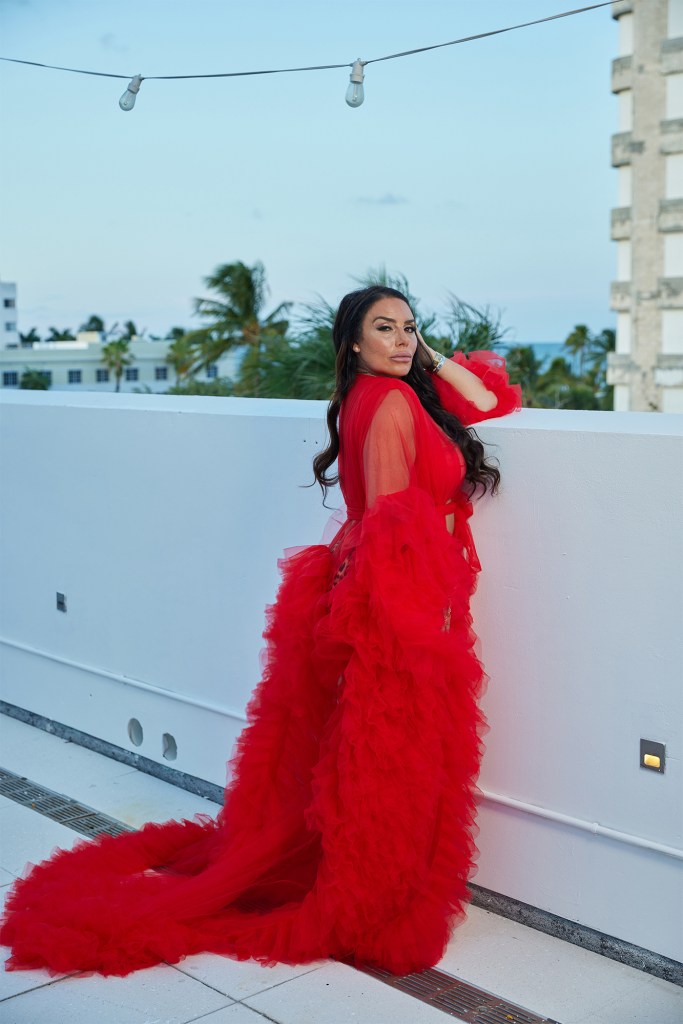 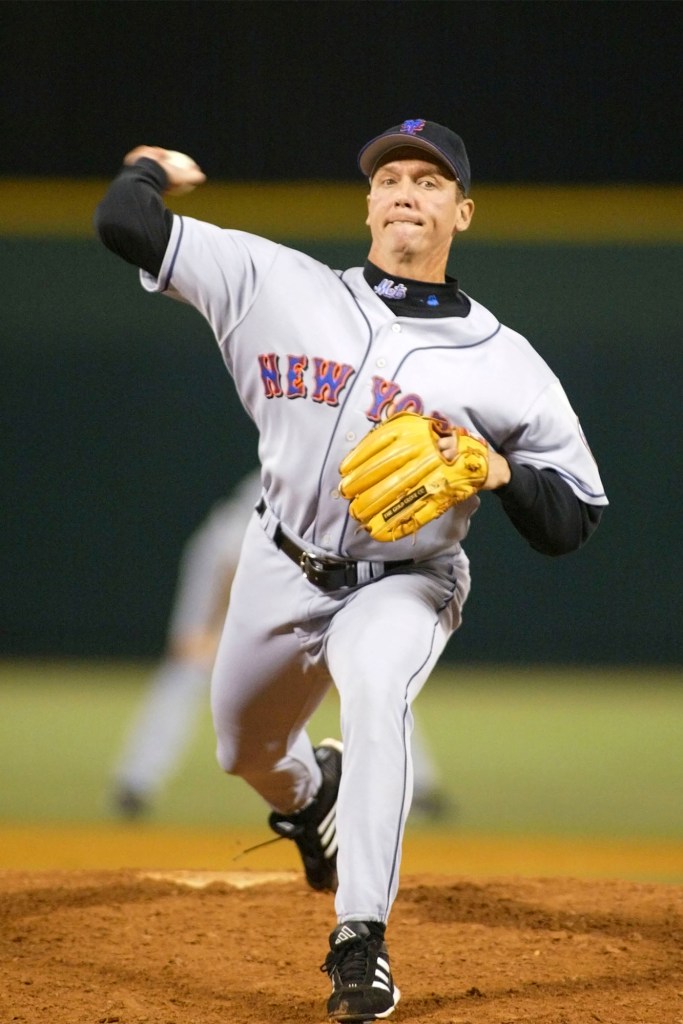 David Cone pitched for the New York Mets in 2003 before retiring.Don Murray

Abitbol’s attorney, celebrity favorite Stephanie Ovadia, confirmed to The Post this week that she had filed a lawsuit in the Supreme Court of New York in November 2021 against the Chinese manufacturer of the candle, The Sunny Factory LLC. The Post has seen the filing.

Abitbol originally bought the Magnificent 101 Sage Leaf Energy Cleansing Candle for $13.49 on Amazon.com. Ovadia said Abitbol brought the suit in an attempt to get back funds that her insurance didn’t cover. They have yet to hear back from the manufacturer. 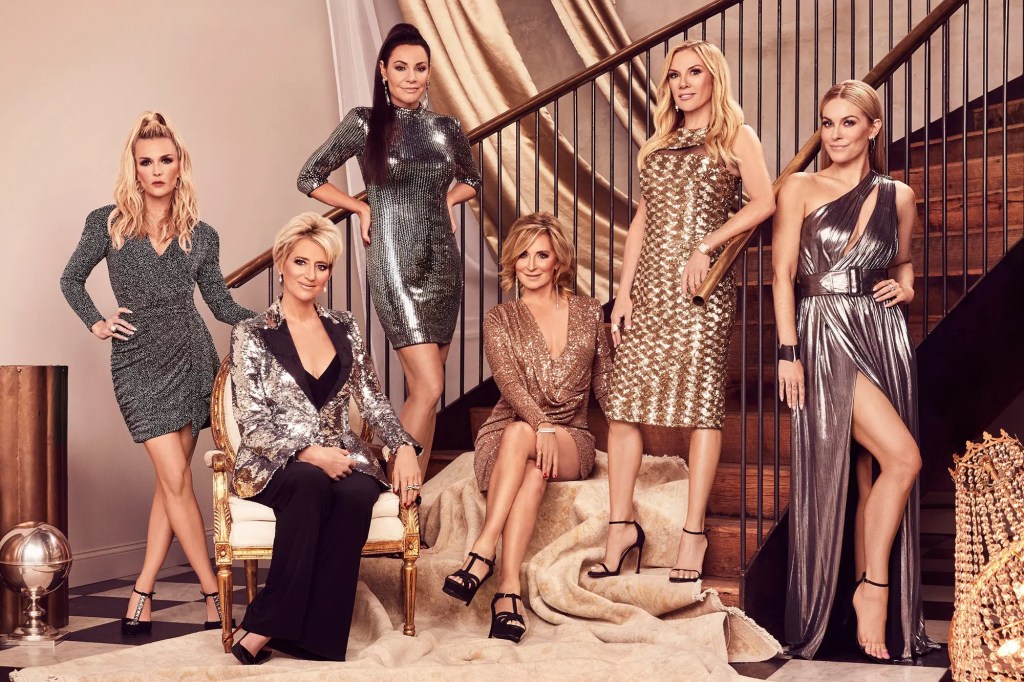 Asked if she would ever join “The Real Housewives of New York City” (above), Abitbol said, “Why not!”Bravo

A day after the incident, Abitbol was interviewed on the “Tamron Hall Show.” To promote her appearance, the show’s Twitter account posted on the day of the fire: “We’re talking to Taja Abitbol. She’s obsessed with astrology and recently didn’t think what her astrologists said would come true but it did.”

During her appearance on the show, Abitbol explained how her astrologers predicted she would move out of the apartment she had just moved into.

“Yesterday morning, I basically set the house on fire during Mercury retrograde and I had to move. I came here from my hotel room,” the lawsuit quoted Abitbol as telling Hall. 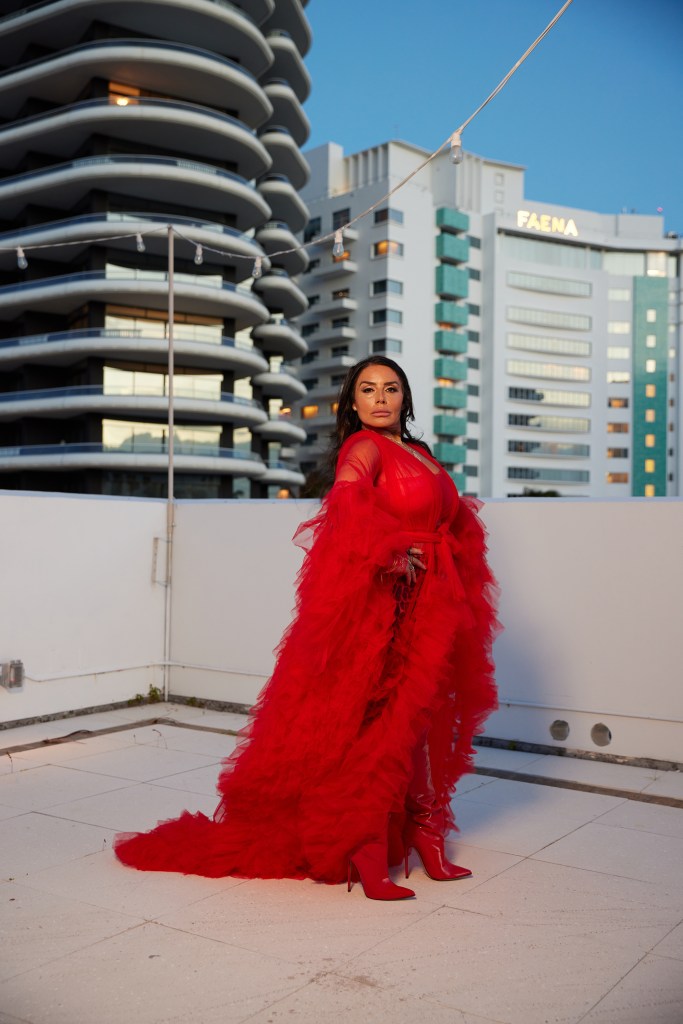 But Abitbol said she was never even meant to take part in the episode. Her friend, an astrologer, called hours after the blaze and asked Abitbol to take her place as a guest, she said.

Jill Zarin, a “RHONY” star and longtime friend of Abitbol and Cone, this week said that she stands behind her pal. “She’s a brilliant business woman with a legitimate, successful business,” she told The Post.

“It was water that damaged the guy’s apartment, not fire,” Zarin added. “It was nothing to do with the show.” 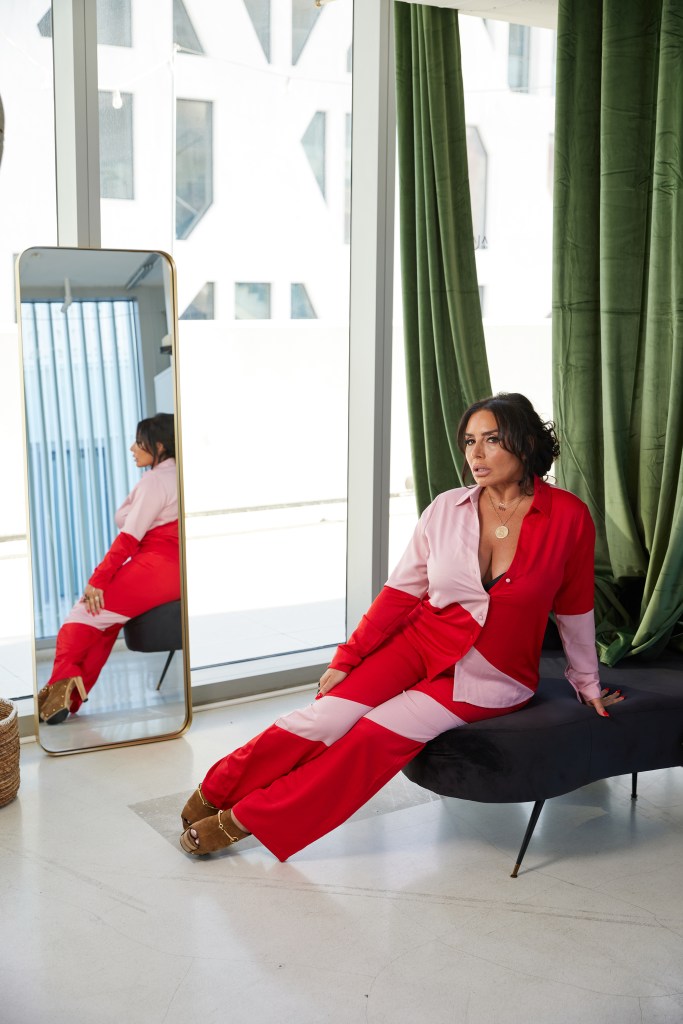 Cynthia Bailey of “The Real Housewives of Atlanta” said Abitbol (above) would be “great” on one of the shows: “She’s perfect … it just hasn’t happened yet.”Jeffery Salter for NY Post

Bailey agreed. “I’ve been on this show for 11 years, I’ve seen it all — and I never once heard of anyone doing anything so crazy to try to be on the show!

“Taja would be great on a ‘Housewives’ franchise, for sure. She’s accomplished, successful, self-made, she is an entrepreneur. She’s funny and beautiful, she’s perfect … it just hasn’t happened yet.

A Bravo source told The Post that they’re not aware of any interest from the network in Abitbol, and said that such antics would certainly not help. 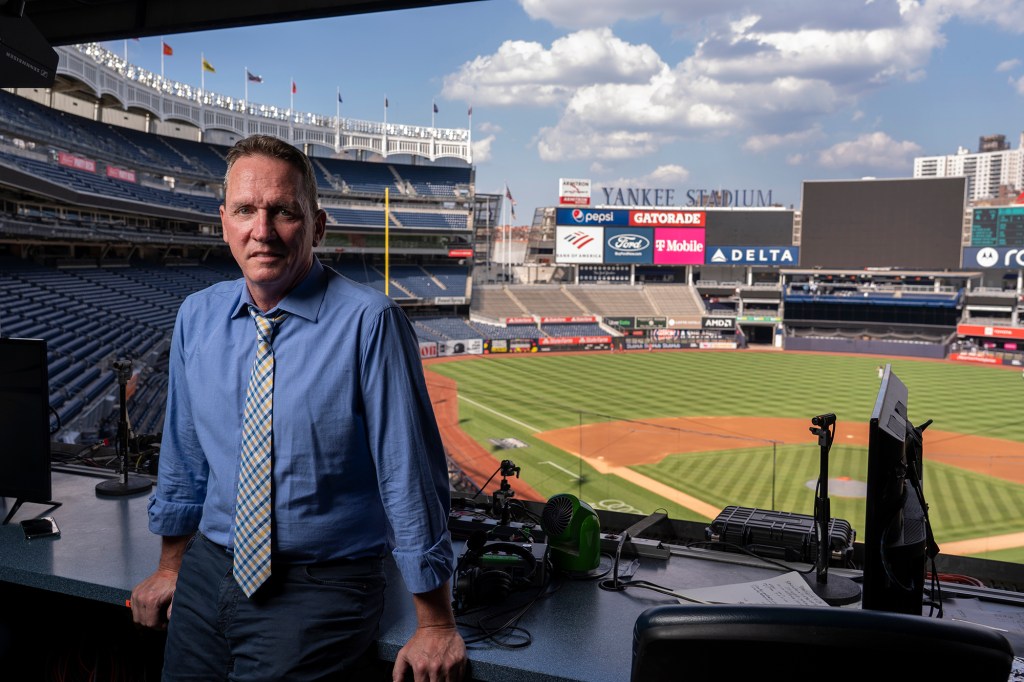 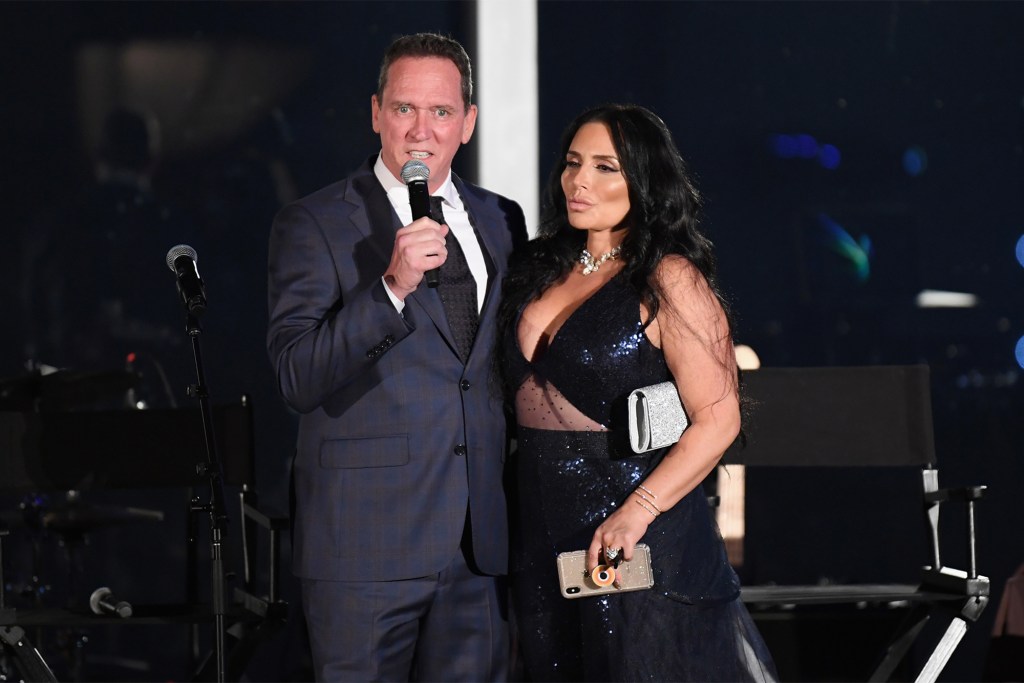 David Cone and Taja Abitbol speak while commemorating the pitcher’s 20th anniversary of his perfect game with the New York Yankees on on June 19, 2019.Dimitrios Kambouris/Getty Images for The David Cone Foundation Gala

“That is not the way to land a spot but rather a way to lose one!” they said.

But Zarin certainly understands why Abitbol might want to be cast. “She saw what the show did for my business, and why wouldn’t she want that for her business?” Zarin told The Post. “There’s no shame in that game.”

Abitbol — whose first name means “Crown” in Sanskrit — added: “I’m not a wannabe, I’m the hardest working person there is.”