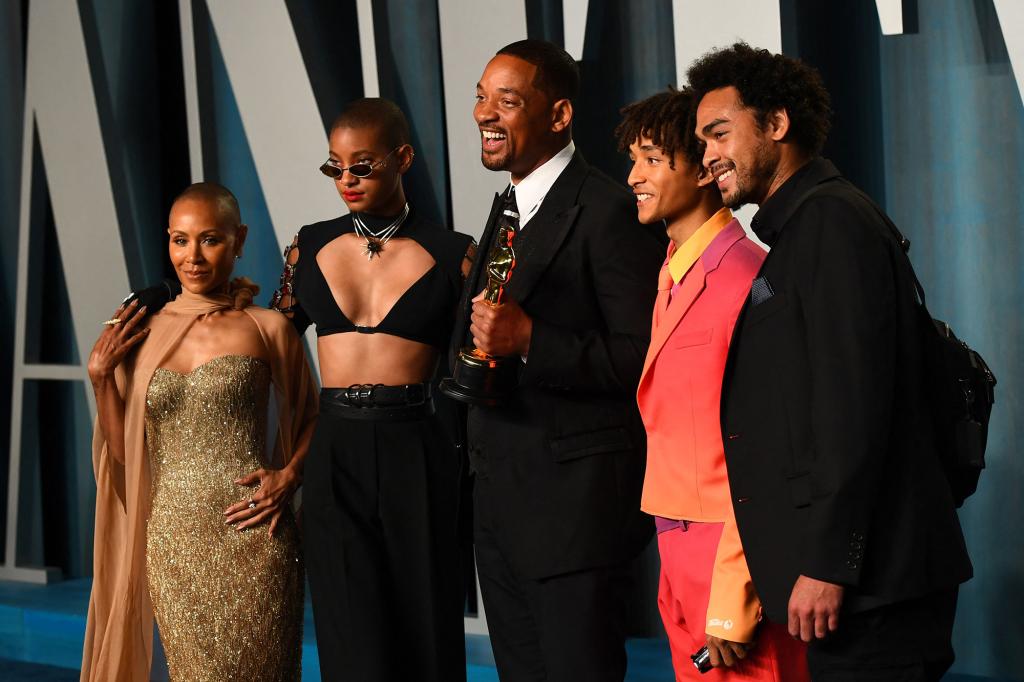 Will Smith is taking his licks.

On Friday, the academy finally levied disciplinary action against the 53-year-old actor, who interrupted last month’s Oscars ceremony to slap presenter Chris Rock in the face during their live telecast over a joke the comedian made about Smith’s wife, Jada Pinkett Smith.

The “King Richard” actor, who later that night took home the Best Actor award for his role in the film, is now banished from all academy events for a period of 10 years, the organization said in a statement.

Smith has now responded to their decision: “I accept and respect the Academy’s decision,” he said, according to CNN journalist Brian Stelter, who shared the comment on Twitter.

The Academy of Motion Picture Arts and Sciences’ Board of Governors has “decided, for a period of 10 years from April 8, 2022, Mr. Smith shall not be permitted to attend any Academy events or programs, in person or virtually, including but not limited to the Academy Awards,” they shared in a press release signed by President David Rubin and CEO Dawn Hudson on Friday afternoon.

“This action we are taking today in response to Will Smith’s behavior is a step toward a larger goal of protecting the safety of our performers and guests, and restoring trust in the Academy,” they concluded. “We also hope this can begin a time of healing and restoration for all involved and impacted.”

They also noted “deep gratitude to Mr. Rock for maintaining his composure under extraordinary circumstances.”

Neither Smith nor his famous family had more to say following the academy’s call and his inevitable acceptance, which he may have anticipated, given his pre-emptive resignation from the awards organization earlier this month — which came with another public apology.

“I betrayed the trust of the Academy. I deprived other nominees and winners of their opportunity to celebrate and be celebrated for their extraordinary work. I am heartbroken,” he said.

“Change takes time and I am committed to doing the work to ensure that I never again allow violence to overtake reason,” Smith concluded.

Previously, Smith had issued an open apology to Rock, 57, on the Monday after the show, calling his behavior “unacceptable and inexcusable.” 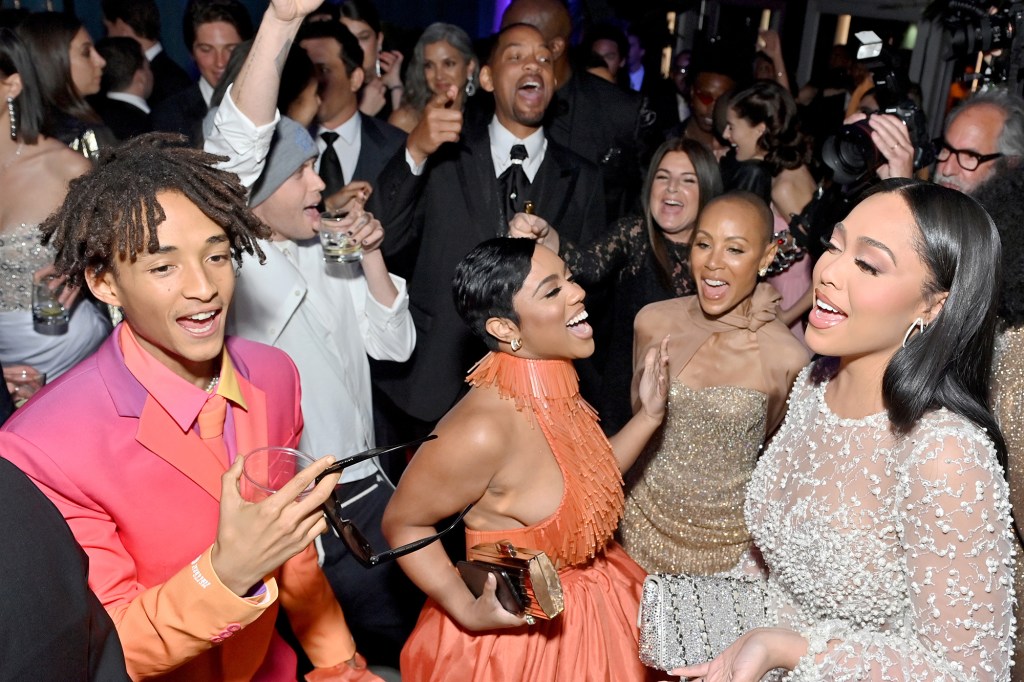 The Smith family was all smiles following Will’s Best Actor win at the Oscars on March 27.WireImage for Vanity Fair

It was Smith’s “revolutionary” son, Jaden, who first seemingly responded to his father’s shocking reaction, which was made in defense of Pinkett Smith, 50, who was visibly annoyed with a “G.I. Jane” joke Rock made about her during the Oscars ceremony.

“And That’s How We Do It,” tweeted the 23-year-old rapper just hours after the incident.

The silence from the three individuals directly involved was deafening until Pinkett Smith finally piped up. “This is a season for healing and I’m here for it,” she wrote in a text image on Instagram, just two days after the “slap heard ’round the world.”

Other prominent members of their blended family have remained quiet, including daughter and musician Willow, 21, as well as Smith’s eldest son, Trey, 29, whom he shares with ex-wife Sheree Zampino.

Zampino, for her part, was openly congratulatory.

“Epic Night! Congratulations again — when 1 wins we all win! #family1st,” the 54-year-old soon-to-be reality TV star captioned a photo that night on Instagram, which showed her clutching the Best Actor statuette next to her smiling ex. The pair were married from 1992 to 1995 and have reportedly remained on good terms.

Meanwhile, at least one in Rock’s family had plenty to say on the victim’s behalf — namely younger brother and fellow stand-up Tony Rock, 47. In a leaked comic bit directed at Smith, Tony seemingly suggested that Smith should not try that type of thing at one of his shows.

“If you think you gonna walk up on this stage, this ain’t the motherf–king Oscars!” he proclaimed.

“I didn’t want to start the show like that!” he continued. “You gonna hit my motherf–king brother because your bitch gave you a side-eye?”