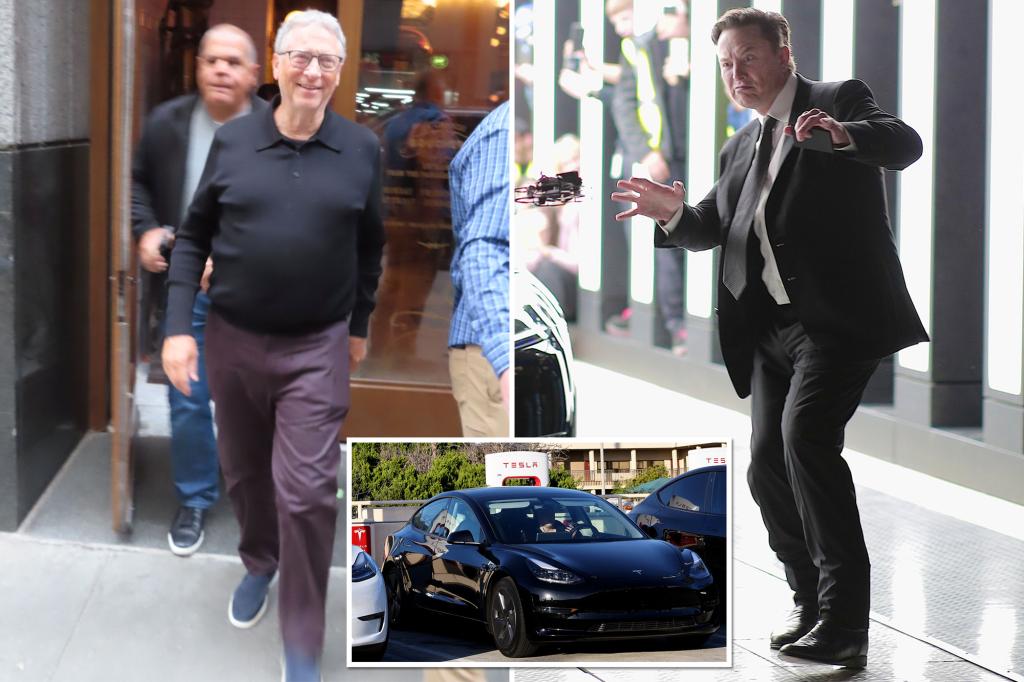 Elon Musk mocked Bill Gates on social media by likening him to an emoji depicting a pregnant man after accusing the Microsoft co-founder of selling Tesla stock short while declaring a commitment to fight climate change.

Musk on Friday claimed that he exchanged text messages with Gates, who he said wanted to “discuss philanthropy possibilities” with the Tesla and SpaceX boss. Musk added that he was in no mood to collaborate with Gates after the software pioneer confirmed that he “did not close out” his $500 million short position on Tesla.

“Sorry, but I cannot take your philanthropy on climate change seriously when you have a massive short position against Tesla, the company doing the most to solve climate change,” Musk texted Gates.

Musk, who is said to be closing in on a deal to acquire Twitter, tweeted that the texts were obtained by The New York Times, though the newspaper did not report on them.

The exchange of text messages was posted by a pro-Musk Twitter account, @wholemarsblog, which is run by Omar Qazi. 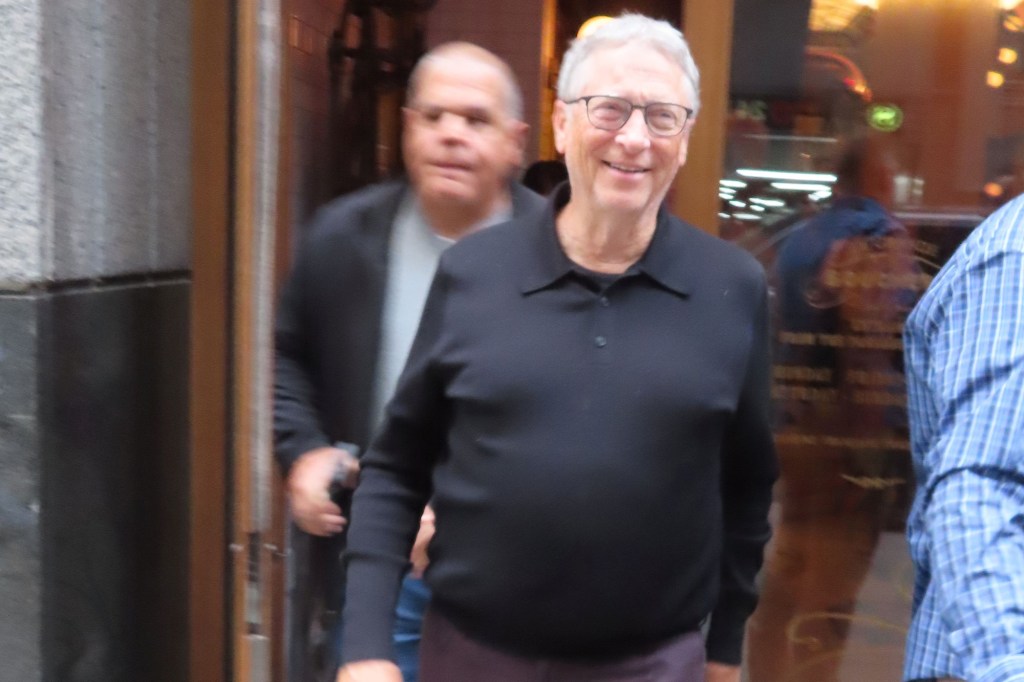 Musk claimed on Twitter that Gates sold Tesla short by half a billion dollars.Rick Davis / SplashNews.com

Qazi and Musk are co-defendants in a libel and harassment lawsuit filed by Aaron Greenspan, the founder of public records database Plainsite. Greenspan is a vocal short-seller of Tesla who has been critical of Musk.

Holding a short position, or “short-selling,” is done when an investor bets that the share price of a company is going to tank.

Last year, Gates told The Times: “It’s important to say that what Elon did with Tesla is one of the greatest contributions to climate change anyone’s ever made. And you know, underestimating Elon is not a good idea.”

So apparently Bill Gates hit up @elonmusk to discuss “philanthropy on climate change” but Elon asked if he still had a half billion dollar short position on $TSLA.

Bill said he hasn’t closed it out, so Elon told him to get lost. No idea if this is true lol pic.twitter.com/iuHkDG3bAd

An investor who sells a stock short profits if the value of the stock falls. The investor borrows shares of an asset and then sells the borrowed shares to buyers at market price.

The investor sells it with the intention of buying it back later for less money.

But Gates added that shifting to electric vehicles would hardly make a dent in the fight to combat climate change.

He said what Tesla was doing was “easy stuff, like passenger cars.”

Yeah, but I didn’t leak it to NYT. They must have got it through friends of friends.

I heard from multiple people at TED that Gates still had half billion short against Tesla, which is why I asked him, so it’s not exactly top secret.

“And sadly, the things people think about — the electricity, passenger cars — are a third of the problem. So we have to work on the two-thirds.”

“If all you pay attention to is those short-term metrics, not the green premiums across the board, then you miss out on what is the longest lead time, which is the hard stuff.”

After it was learned that Gates bought an all-electric Porsche rather than a Tesla, Musk tweeted in 2020: “My conversations with Gates have been underwhelming tbh.”

Musk and Gates also went back and forth after the philanthropist hit out at Musk for his comments dismissing the coronavirus pandemic. 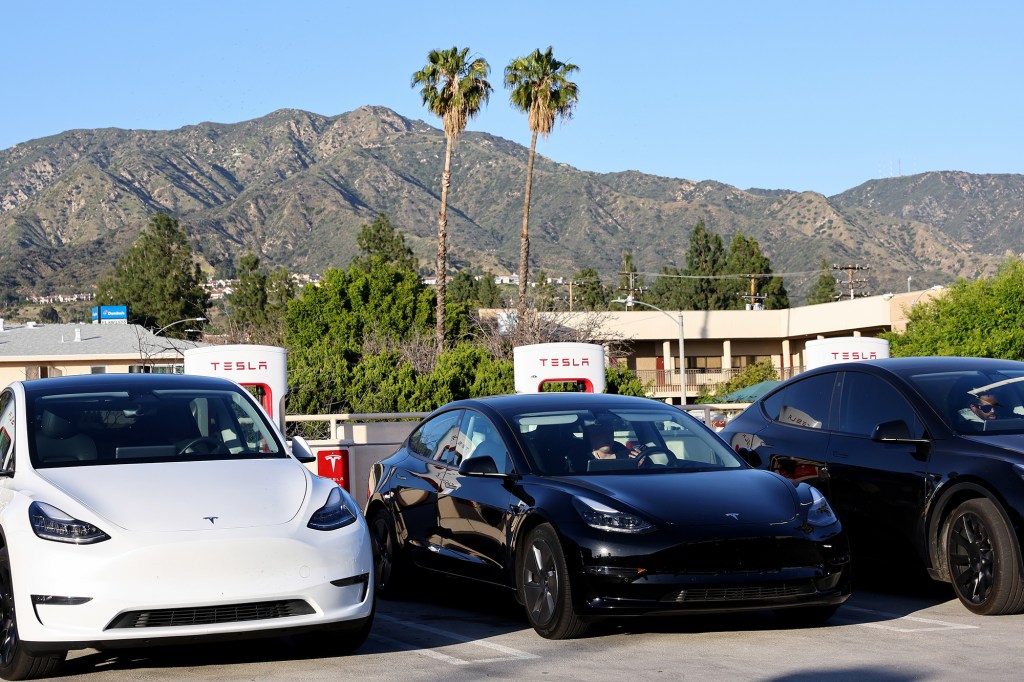 Musk questioned how Gates could be committed to climate change while betting on Tesla to fail.Getty Images

“Elon’s positioning is to maintain a high level of outrageous comments,” Gates, whose charity has worked to help develop a vaccine and improve surveillance of the disease, told CNBC in July 2020.

“He’s not much involved in vaccines. He makes a great electric car. His rockets work well, so he’s allowed to say these things. I hope that he doesn’t confuse areas he’s not involved in too much.”

In response, Musk quipped: “Billy G is not my lover” — presumably a play on the lyrics to the Michael Jackson hit “Billy Jean.”

“The rumor that Bill Gates & I are lovers is completely untrue,” Musk tweeted.