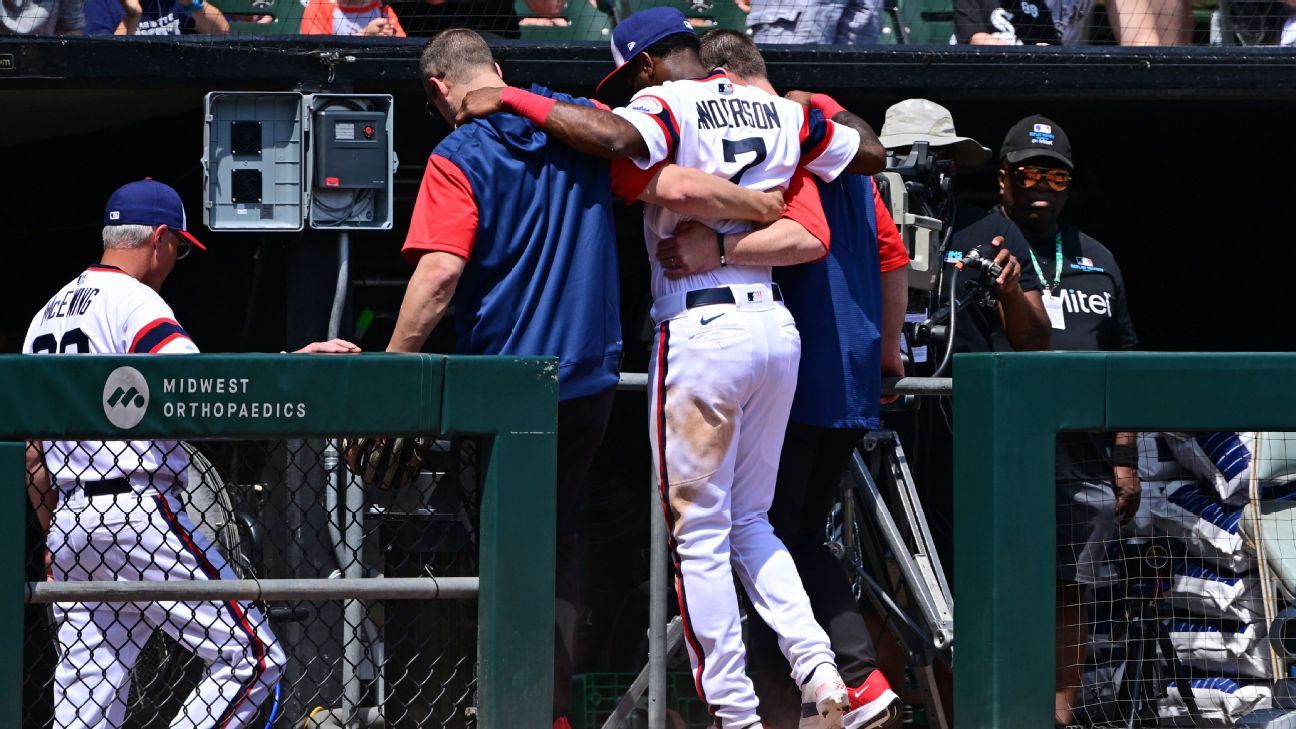 CHICAGO — White Sox shortstop Tim Anderson left Sunday’s game against the Cubs with a strained right groin after fielding a ground ball in the top of the fifth inning.

The White Sox said Anderson will be further evaluated on Monday.

Anderson, 29, fell to the ground after throwing catcher P.J. Higgins out at first base. He limped off the field with the help of the White Sox training staff.

White Sox shortstop Tim Anderson had to be helped into the dugout after suffering a groin injury in Sunday’s game. Quinn Harris/Getty Images

Anderson went 1-for-2 with a single in the first inning before leaving the game.

Anderson is hitting .356 as an offensive catalyst for the second place Sox, who are in the midst of another injury-riddled season. The team is currently without stars Luis Robert (COVID-19), Eloy Jimenez (hamstring), Yoan Moncada (hip) and starter Lance Lynn (knee). In fact, Jimenez had to leave is first rehab game in the minors on Saturday.

Next post What is the metric unit of measurement for liquid? Check it out | metric liquid measurements