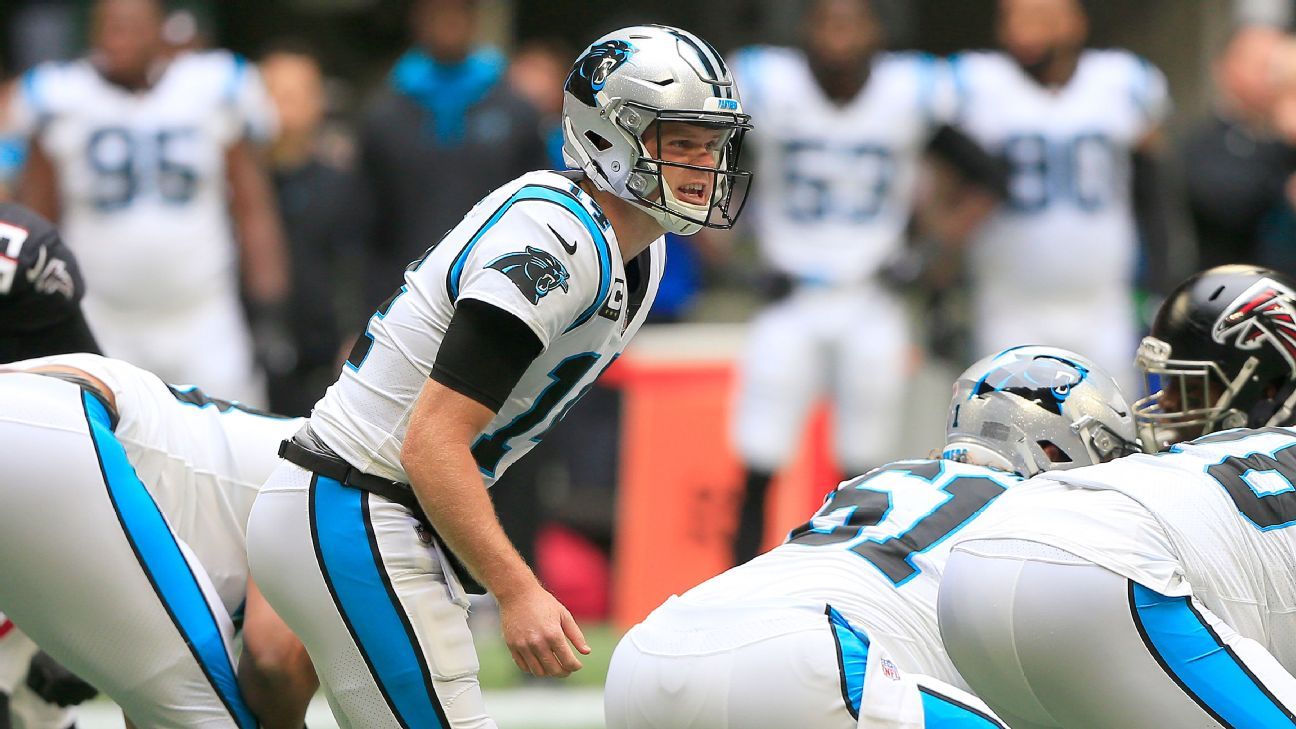 CHARLOTTE, N.C. – Last offseason, the Carolina Panthers attempted to trade for then-Detroit Lions quarterback Matthew Stafford and ended up settling for Sam Darnold in a deal with the New York Jets.

Stafford went on to win the Super Bowl for the Los Angeles Rams. Darnold went 4-7 as the starter for the Panthers.

Now they’ve lost out on a trade attempt for Houston Texans quarterback Deshaun Watson after the Panthers were informed Thursday they were out of the running. Since the Atlanta Falcons and New Orleans Saints are the two remaining teams, the Panthers will have to face Watson twice a year in the NFC South. Stay tuned there.

The only thing that’s clear is Carolina needs a franchise quarterback to fulfill owner David Tepper’s dream of winning a Super Bowl — and Darnold isn’t that.

“If you don’t have a quarterback who can win on his own, the odds of getting to the big game are long, no matter how good you are in other areas,’’ Hall of Fame general manager Bill Polian said during Carolina’s pursuit of Watson.

Carolina could pursue a veteran via trade, although none appear to be a long-term solution since Russell Wilson went from Seattle to Denver.

It’s doubtful the Panthers would pursue San Francisco 49ers quarterback Jimmy Garoppolo because he will demand a big salary and is also recovering from shoulder surgery.

Baker Mayfield — the top pick of the 2018 draft, two spots ahead of No. 3 pick Darnold — wants out of Cleveland after the Browns made a run at Watson.

Even if the Browns were willing to trade Mayfield, he would come with an $18.9 million salary cap hit. If not signed to an extension, he would be a free agent again in 2023.

On the plus side, Mayfield wouldn’t cost three first-round draft picks, players and other picks, like it’s believed the Panthers would have needed to pay for Watson — a three-time Pro Bowl selection who demanded a traded last offseason before 22 civil suits were filed against him alleging inappropriate behavior and sexual assault. Watson was on the Texans’ roster last season but was inactive on game days.

Carolina could use the money and draft picks saved by not getting Watson, who would have counted $35 million against the cap before a restructure, to build around Mayfield.

Philadelphia’s Gardner Minshew also could be a possibility. The Panthers made a run at him last year. Again, he’d be nothing more than a quick fix and not much of an upgrade.

Jameis Winston and Ryan Fitzpatrick are available in free agency. Either would be an upgrade from Darnold.

Winston makes the most sense here. He was 5-2 with 14 touchdowns to three interceptions with the New Orleans Saints last season before an ACL tear ended his season.

What you need to know about the Carolina Panthers:

It’s just doubtful the Panthers would commit past this season to the 28-year-old, who was the top pick of the 2015 draft by the Tampa Bay Buccaneers. He has a career record of 33-44, and has thrown 91 interceptions to 135 touchdowns.

Carolina could look at re-signing Cam Newton, who in 2015 led it to a 15-1 regular-season record and the NFC Championship. Just don’t bank on it. He was 0-5 with the Panthers last season and is 13-23 as a starter between Carolina and the New England Patriots the past three years.

Darnold and a rookie

Selecting a quarterback with the No. 6 pick to pair with Darnold remains an option, although this year’s class hasn’t gotten rave reviews.

General manager Scott Fitterer is expected to be at Liberty on Tuesday to look at Malik Willis, whose ceiling appears to be the highest among the class, even if he’s not NFL-ready right away.

Fitterer likely will go from there to Pittsburgh to see Kenny Pickett, considered the most NFL ready quarterback, on Wednesday. Remember, Pickett committed to Matt Rhule when the Carolina coach was at Temple.

The Panthers also believe this quarterback class is better than critics say.

“I think there’s a good franchise player at six in this draft without identifying who they might be,’’ Fitterer said at the NFL combine.

So there are quarterback options in the draft, including trading down for extra draft picks and still taking one, if the top two offensive tackles are gone at six.

Meanwhile, Fitterer will be focused on rebuilding the offensive line and the rest of the roster, particularly the line that allowed 52 sacks a year ago.

Next post In Russell Wilson, Denver Broncos get mentality that mirrors John