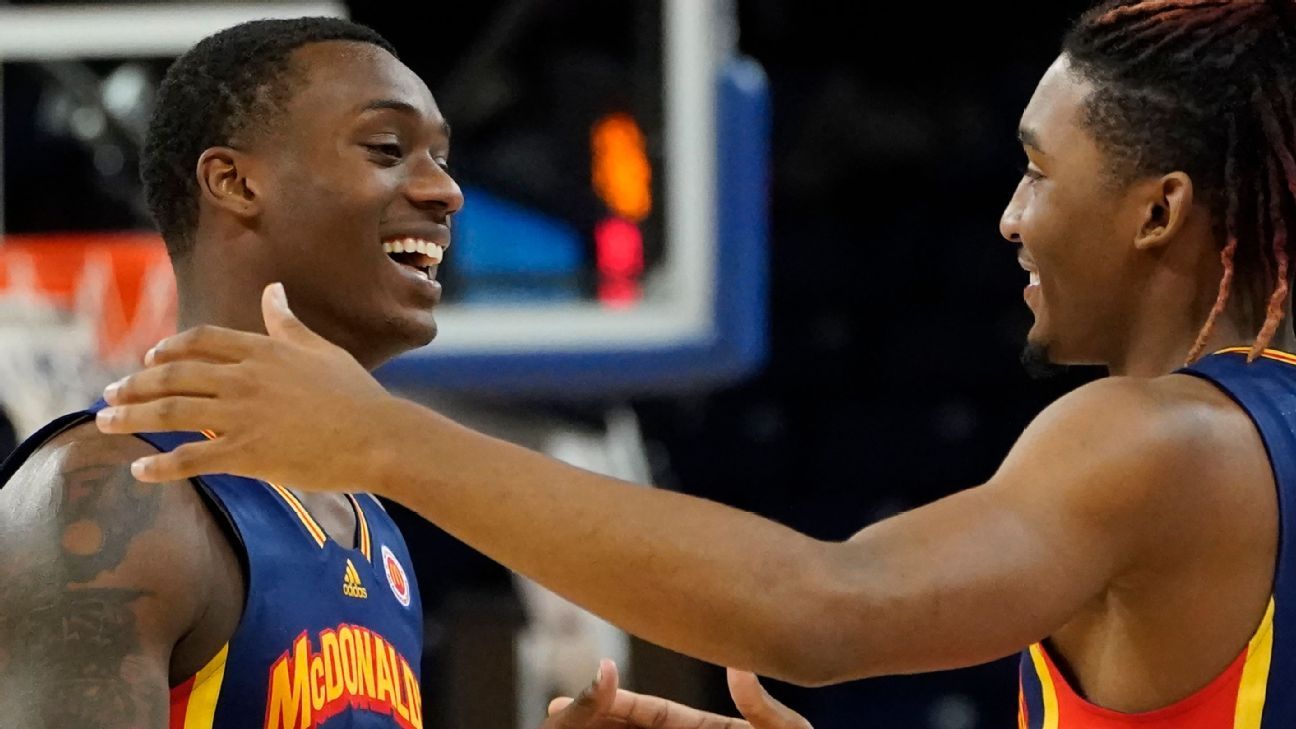 Dariq Whitehead showed why he is headed to Duke and set to become part of the first freshman class since 1979 not to play under retiring Hall of Famer Mike Krzyzewski.

The showcase event that has shined a light on greats including Magic Johnson, Michael Jordan, Shaquille O’Neal and LeBron James made its return after being canceled the past two years because of the coronavirus pandemic. The latest competitors showed why they are the best high school players in the country, whether they were throwing down vicious dunks or making acrobatic layups.

Whitehead wanted to show fans he is an all-around player and did just that with 13 points, seven rebounds and seven assists to help the East roll to an easy win.

“Coming into it the game, I didn’t think of it so much as me getting stats,” he said. “I just wanted to win the game, most importantly. That’s something we emphasized.”

“Not having the games the last two years, I think it was just an honor that they could put on the games this year,” he said. “We had to go through a lot of protocols. It was definitely all worth it in the end.”

Former NBA star Jermaine O’Neal sat courtside, and Chicago rapper G Herbo was four chairs to his left. Lil Baby performed at halftime. The East had already put on quite a show by then, racing out to a 58-38 lead.

Whitehead nailed three 3s and had 11 points to go with five assists in the half. Whitmore scored nine points, and the 6-foot-7 guard from Archbishop Spalding High School near Baltimore punctuated it with a windmill dunk in the closing seconds that drew the loudest roar from the crowd, until Lil Baby took the floor.

Anthony Black, who announced his commitment to Arkansas on Monday night on ESPN, giving Eric Musselman and the Razorbacks their third five-star prospect in the 2022 class, was on the West roster.

Information from the Associated Press was used in this report.

Previous post How Does Stress Affect Your Heart health?