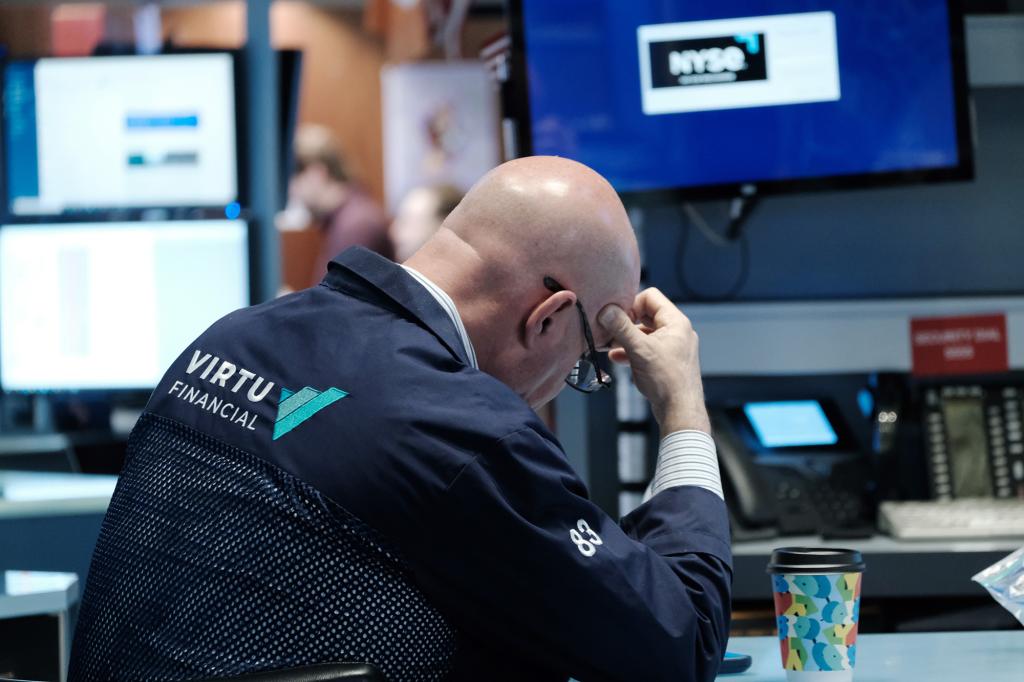 US stocks were pounded Tuesday as the tech-heavy Nasdaq index suffered its biggest one-day percentage drop since September 2008.

Markets are under pressure due to the risks of a global economic slowdown, escalating COVID-19 lockdowns in China that could further disrupt global supply chains and likely aggressive action from the Federal Reserve to fight inflation.

Stocks experienced similar swings a day earlier, the Dow fell nearly 500 points during the first half of trading only to stage a furious rally later in the day. The rally was led in part by news that Twitter’s board had accepted billionaire Elon Musk’s $44 billion offer to buy the social media firm. 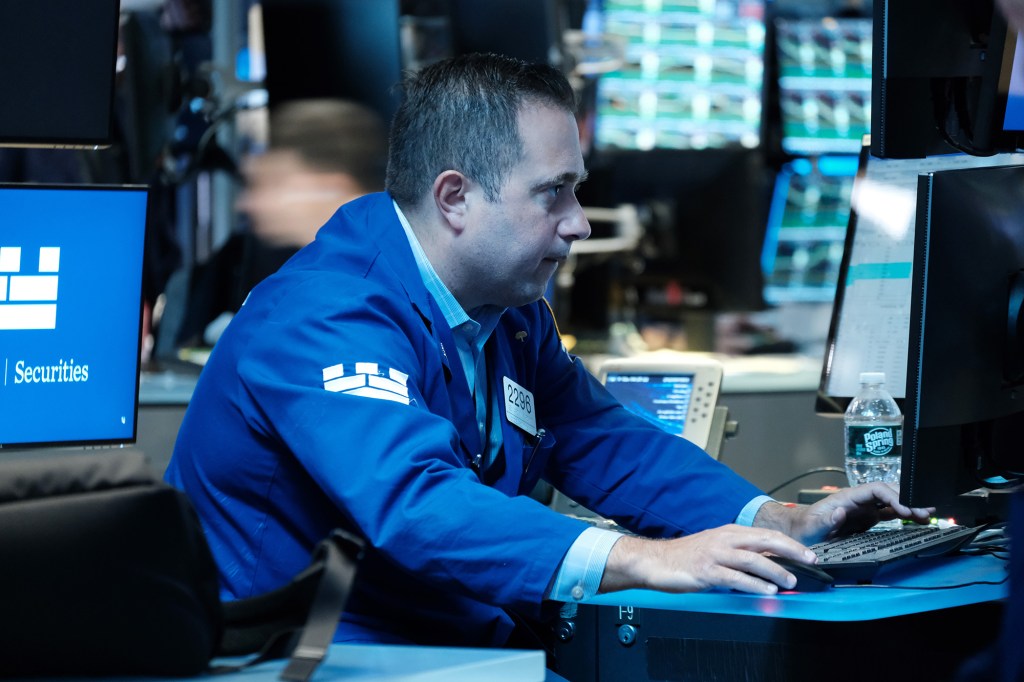 Investors have mounting anxiety about a potential recession.Getty Images

Microsoft shares sank 3.7% and Alphabet fell 3.6%. Other tech heavyweights such as Apple, Amazon and Meta are reporting later in the week – with potential major implications for the broader market.

“Given the picture of the market (right now), if any of these tech companies report earnings that are below expectations, it could be very dangerous because the downside is fragile,” Julius de Kempenaer, a senior technical analyst at StockCharts.com, told Reuters.

Twitter stock fell 3.9% on Tuesday after it initially surged on the Musk deal. Tesla shares fell 12%, potentially on the prospect that the Twitter deal could add to distractions for Musk.

Meanwhile, General Electric, sank 10% after its earnings report warned that inflation was impacting its profits for the year. Inflation hit 8.5% in March, its highest level since 1981. 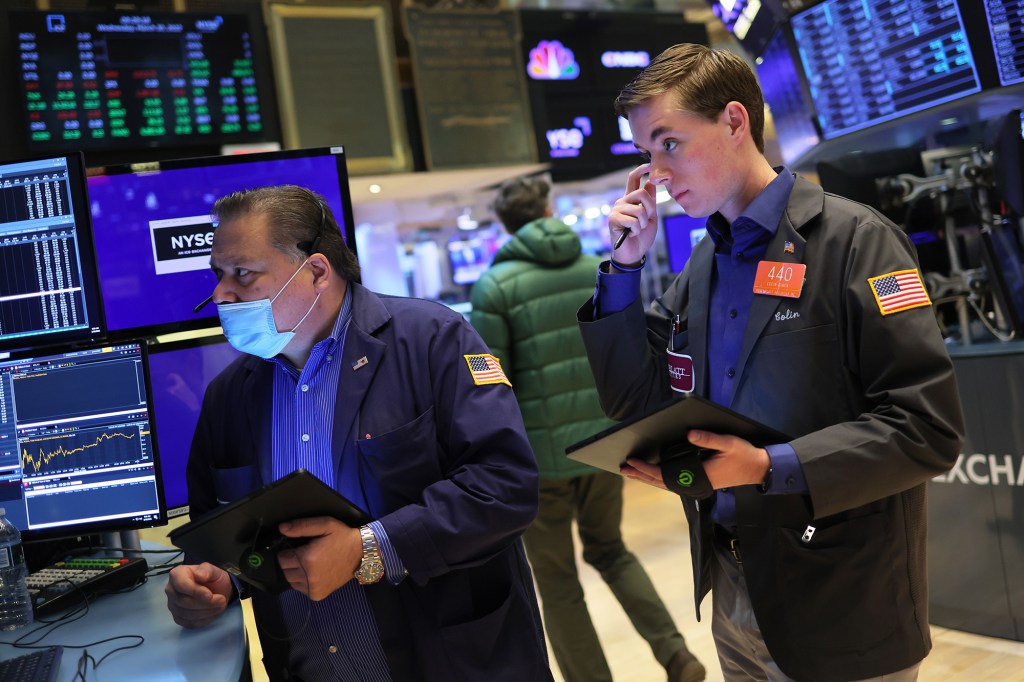 Tech stocks were under pressure in trading Tuesday.Getty Images

Investors will be watching closely in the coming days for signs on how the Fed plans to act on rate hikes.

The prospect of sharp increases has stoked fears that the US economy could fall into a recession. In a note to investors Tuesday, Deutsche Bank analysts reiterated their view that a recession was likely to occur by 2023.

“Our strongly held view is that the sooner and the more aggressively the Fed acts, the less longer-term damage to the economy there will be,” the analysts said. “Markets just need to be shown that the Fed will do what is necessary and not tolerate prolonged inflation, even if it is ‘only’ in single digits.”