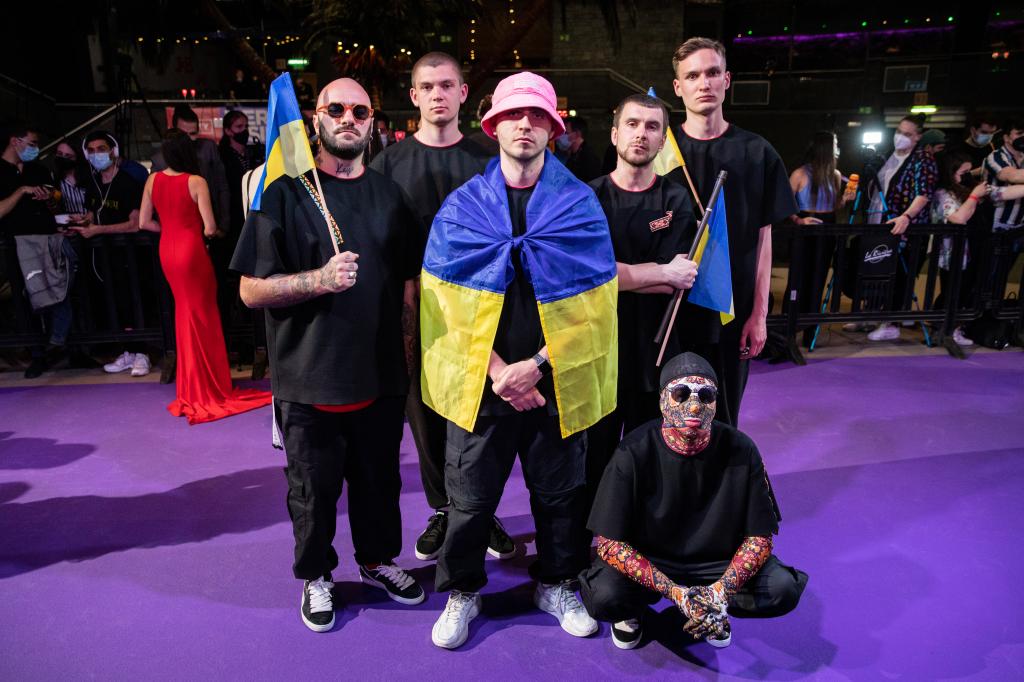 A Ukrainian band is considered a favorite to win a popular televised European song contest, as the country continues to resist Russia’s unprovoked invasion.

Bookmakers have given Kalush Orchestra’s song “Stefania” a 46 percent chance to win the 2022 Eurovision Song Contest, which has been televised across the continent annually since 1956.

Oleh Psiuk, 27, the rapping frontman of the band, insists his song will win the competition on the merits, not because of an outpouring of support for his war-torn homeland, according to The Times of London.

The contest is decided both by a panel of music industry experts and viewers at home.

“Now we have first place with the bookmakers, but before the beginning of the war we were fifth. It turns out people really like our song, so huge gratitude to everybody who have paid attention to Ukrainian music,” Psiuk said.

“Stefania,” a love song to Psiuk’s mother that features elements of traditional music and rap, was written before the war began, but has taken on a new meaning as fans equate the lyrics with the Ukrainian motherland, the artist told the paper.

It features stanzas like “I’ll always find my way home even if all roads are destroyed,” and “Mother sing me the lullaby, I want to hear your dear word.” 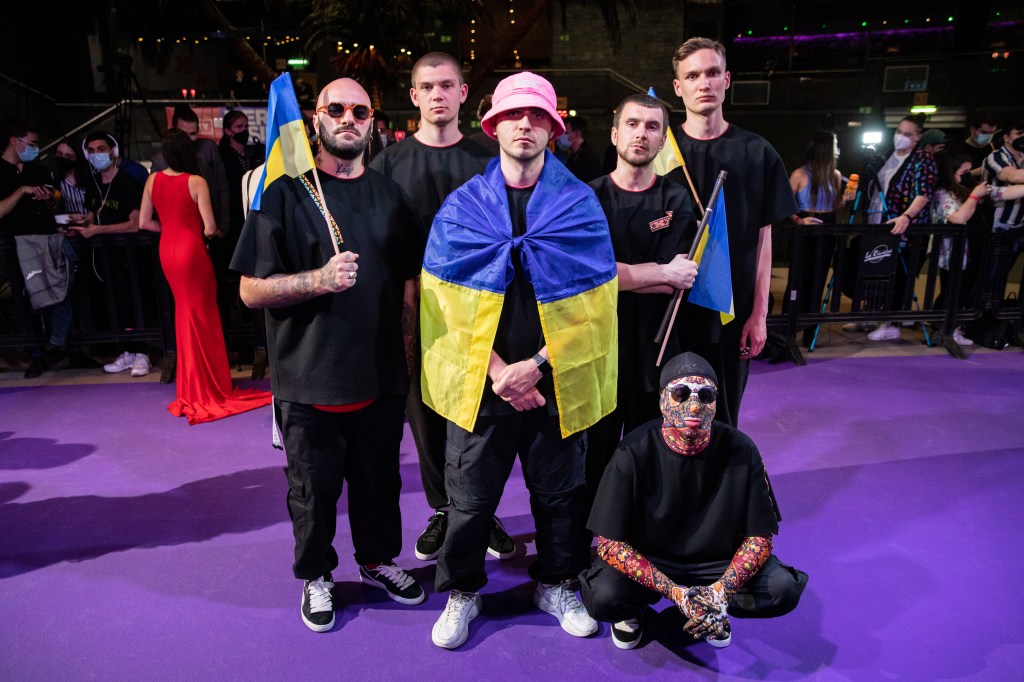 Ukraine’s Kalush Orchestra on the red carpet of the Eurovision Pre-Party in Madrid on April 16. Aldara Zarraoa/WireImage 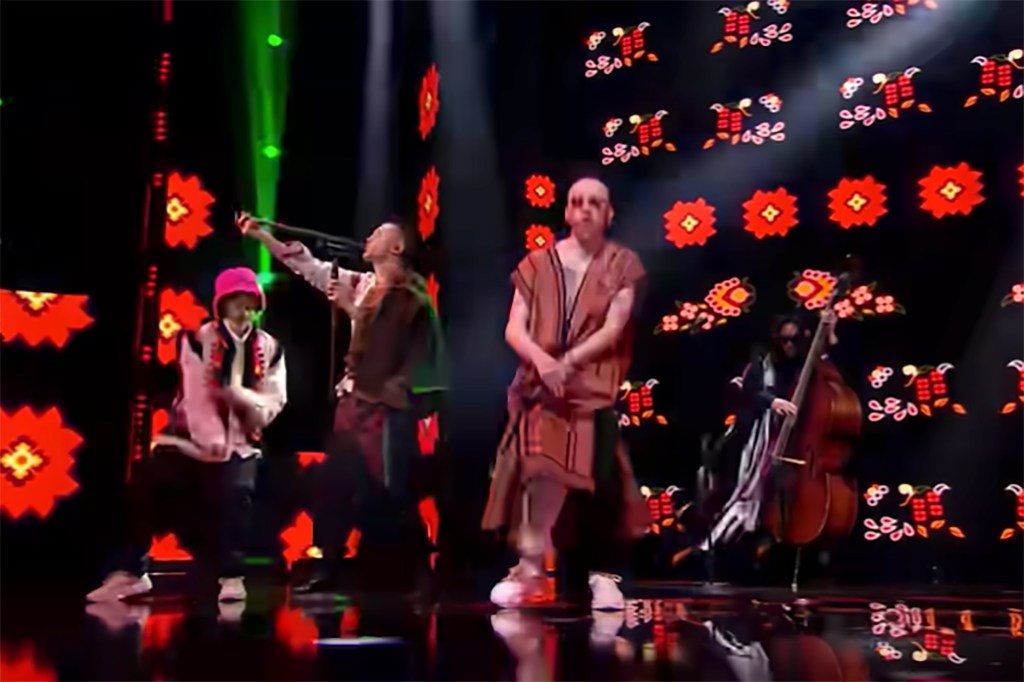 Ukrainian band Kalush Orchestra has risen to be a top contender to win the 2022 Eurovision song contest with its viral hit, “Stefania.”YouTube

“Our song is loved by Europeans not only because of the war. The more people pay attention to Ukraine, the more they hear about the song, so this song is loved by an ever-wider audience,” he said.

Members of Kalush Orchestra needed a special governmental waiver to leave Ukraine to compete in the contest’s final round next week in Turin, Italy, according to the Times of London. All able bodied men under the age of 60 are required to remain in Ukraine and take up arms against the Russians.

Winning the contest would “really increase the morale of the country,” Psiuk told the newspaper. 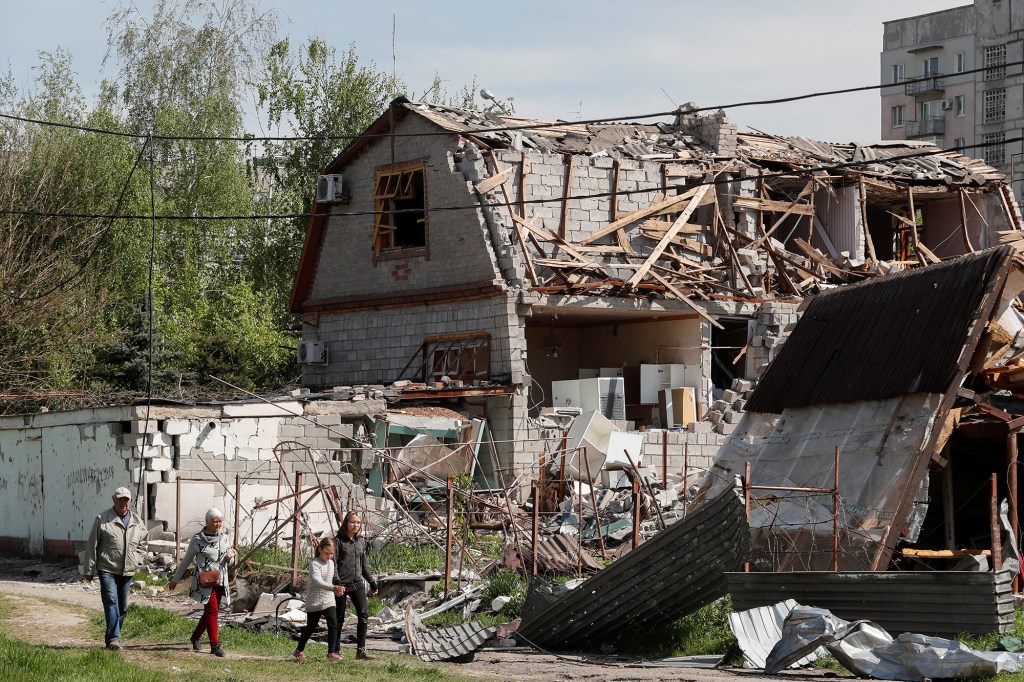 Kalush Orchestra band member Oleh Psiuk hopes a possible win could boost the “morale of the country” amid its defense against Russia’s invasion.REUTERS/Alexander Ermochenko

Expert observers of the competition told the paper that such a “morale” boost seemed likely.

“They will win the public vote by a landslide,” said Paul Jordan, who wrote a Ph.D. thesis on the Eurovision Song Contest and later worked for the organization. “The [expert] jury vote will be different and difficult to predict.”

Ukraine has won Eurovision twice since its first appearance in the contest 19 years ago.

Russia was banned from participating in this year’s event.