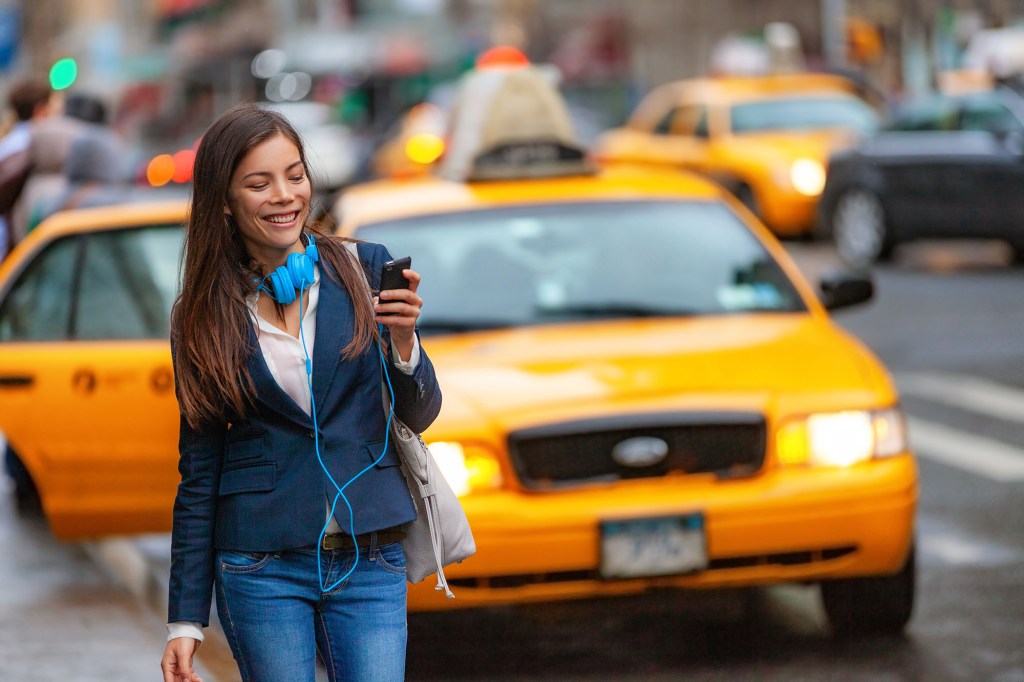 Uber said it plans to start listing all New York City taxis through its app — a surprise shift that is expected to throw a lifeline the city’s struggling yellow cabs as Uber scrambles to address its own driver shortage.

A limited number of New Yorkers will be able to start hailing yellow cabs through the Uber app starting this spring before the feature rolls out fully over the summer, taxi technology provider and Uber partner Creative Mobile Technologies said in a Thursday statement.

Customers will pay roughly the same amount for taxi rides as they would for Uber X rides, Uber spokesperson Conor Ferguson confirmed to The Post.

While Uber drivers in New York aren’t able to see what a trip will pay before they decide whether to accept it, the city’s roughly 14,000 cabbies will have that option. Cabbies will be paid on the same scale as Uber drivers when they accept rides through the app, according to Uber.

“Uber has a long history of partnering with the taxi industry to provide drivers with more ways to earn and riders with another transportation option,” Andrew Macdonald, Uber’s senior vice president of mobility and business operations, said in a statement to The Post. 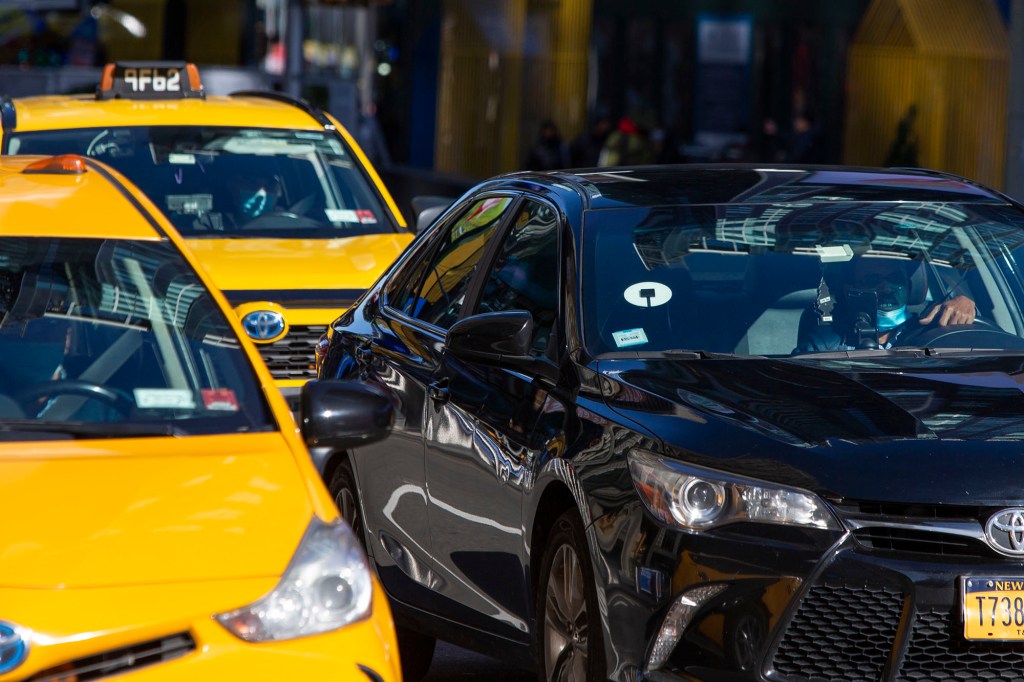 Customers will pay roughly the same amount for taxi rides as they would for Uber X rides. Corbis via Getty Images

“Our partnerships with taxis look different around the world, and we’re excited to team up with taxi software companies CMT and Curb, which will benefit taxi drivers and all New Yorkers,” Macdonald added.

Bruce Schaller, a former city transit staffer and taxi policy guru, told The Post that the deal is a “landmark moment” for both Uber and the cab industry and gave credit to Mayor Eric Adams’ administration for arranging the deal.

“It’s a win-win,” Schaller said, arguing that the deal would boost Uber by giving its users more options and help cabbies by giving them more work.

“I think it’s a really good thing for the industry to sort of converge in this manner,” Schaller added.

Uber stock was up 3.4% early Friday shortly after The Wall Street Journal first reported the news.

The partnership represents a dramatic shift after years of hostility between cab drivers and the ride-sharing industry. 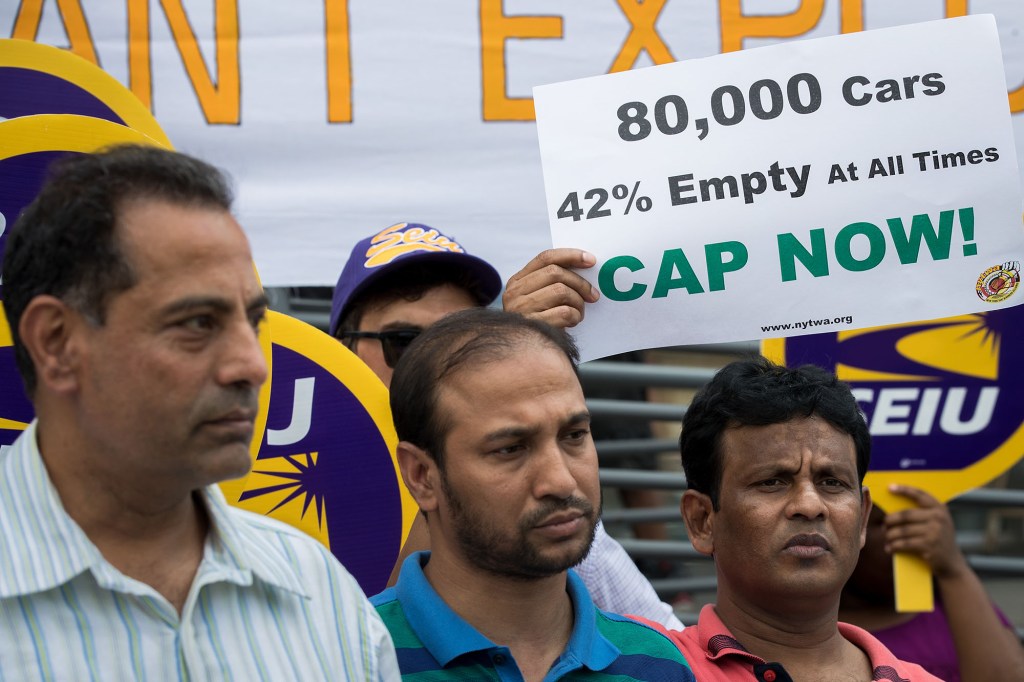 The rise of Uber and Lyft wreaked havoc on the taxi industry. Getty Images

The rise of Uber and Lyft in the 2010s contributed to the plummeting value of taxi medallions, wreaking havoc on the industry and leading to widespread cabbie protests. Uber, on the other hand, argues that predatory lenders are largely to blame for the dire financial conditions faced by many cabbies.

Since a taxi medallion will now effectively allow its owner to be both an Uber and a cab driver, the struggling medallion market could see a boost, according to Augustine Tang, a cabbie and activist with the New York Taxi Workers Alliance.

For example, a cabbie could pick up a street-hail passenger in Manhattan, drive them to Queens and then use the Uber app to find another job rather than schlepping all the way back to Manhattan without a passenger.

But Tang added that he still has reservations about the Uber partnership given the taxi industry’s previous battles with the company — and the New York Taxi Workers Alliance blasted the deal in a statement.

“If Uber and Curb think they can slide in with a payment structure that’s broken for Uber drivers and piece it together on the backs of yellow cab drivers, they’re in for a sobering surprise,” the union’s executive director Bhairavi Desai said. 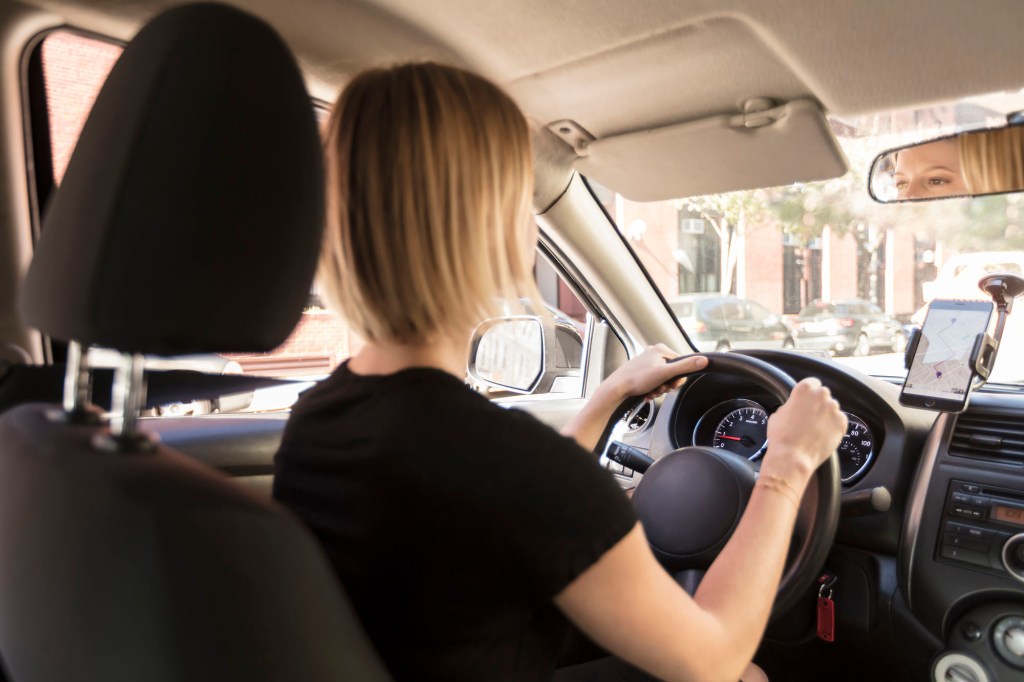 The deal comes as Uber faces a shortage of drivers and grapples with soaring gas prices. Getty Images

Desai claimed that taxi drivers picking up passengers would earn an average of 15% less per trip.

On Uber’s end, the company has faced a driver shortage since 2020 and is now grappling with soaring gas prices that have convinced some would-be drivers that hitting the street isn’t worth it. Adding taxis to the app could help appease Uber customers frustrated by a lack of available vehicles.

Taxis are already available through the Uber app in several cities including Barcelona and Hong Kong — and CEO Dara Khosrowshahi told CNBC in February that Uber wants to “get every single taxi in the world onto our platform by 2025.”

Schaller said he had long expected consolidation between ride-hailing companies and cabbies, but that the pandemic’s drastic effects on the industry sped up the transition.

He said the move shows that Uber is “maturing” as it tries to finally reach profitability and said that Lyft has “got to join the party” by inking its own taxi deal in order to stay competitive.

A Lyft spokesperson told The Post that the company doesn’t have similar plans to Uber’s tie-up with cabs.

Matt Daus, a transportation expert and former chairman of the city’s Taxi and Limousine Commission, said that Uber working with cabbies could help insulate the company from legal challenges over its classification of drivers as employees rather than contractors.

“The ability of cab drivers to reject rides makes them more like true independent drivers,” Daus told The Post. “That’s one of the biggest reasons why they’re doing this… This is an argument that could be used in court.”

Any money that Uber may lose through the New York cab partnership will be far outweighed by the money it will save on potential labor battles, Daus predicted.