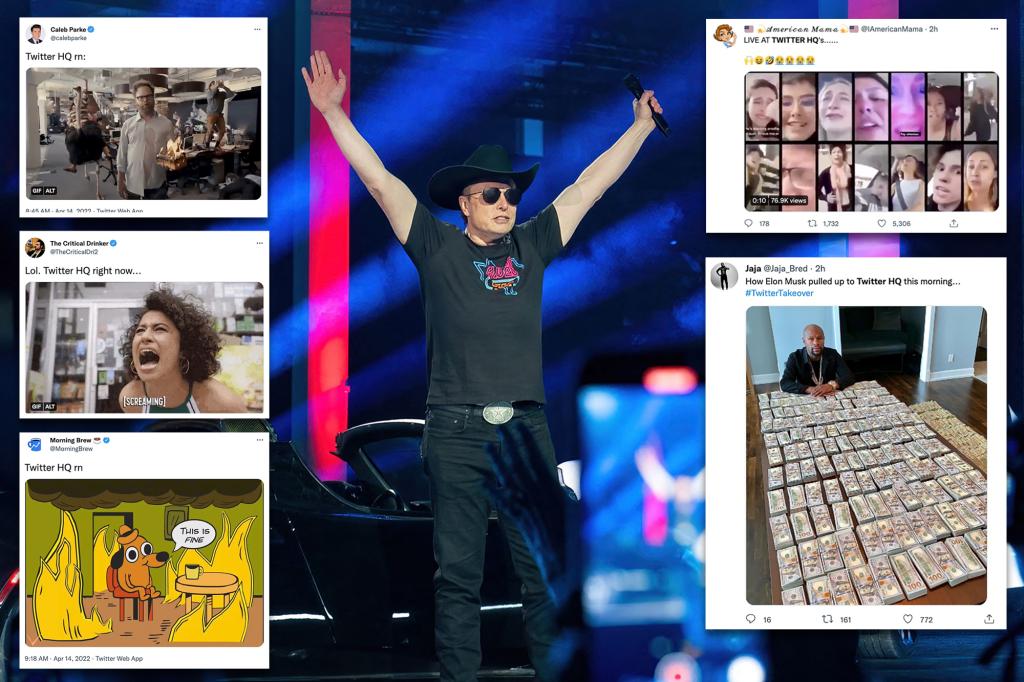 Twitter employees who were reportedly apoplectic about the prospect of Elon Musk taking over the company got targeted with scathing memes as users poked fun at their plight.

The famous “This is fine” meme featuring a comic book dog character sipping coffee while the room is engulfed in flames went viral — the room in this case being Twitter’s headquarters.

Another Twitter user posted a GIF showing Ilana Glazer from the Comedy Central show “Broad City” screaming, indicating that this was the sentiment among Twitter employees.

Others posted GIFs of Vince McMahon confidently sauntering into the wrestling arena, likening him to Musk’s entrance into headquarters after he presumably buys the company.

Another Twitter user said that employees there were as upset as Obama administration officials after Donald Trump defeated Hillary Clinton in the 2016 elections.

One Twitter user posted a video of a scene from the Netflix drama Peaky Blinders in which actor Cillian Murphy walks out of a home that was destroyed by a blast.

“Elon Musk walking out of Twitter HQ this morning,” read the caption.

Another Twitter user posted a GIF of the well-known scene from the hit NBC comedy “The Office” in which Michael Scott panics as the other employees flee during a fire.

Earlier this week, it was reported that Musk’s looming battle with Twitter’s board was a source of major anxiety for company employees – many of whom are said to be worried that billionaire’s campaign to force changes is just beginning.

Musk’s surprise rejection of a Twitter board seat last weekend emerged ahead of a scheduled “day of rest” for company employees, according to a report.

Twitter CEO Parag Agrawal broke the news on his account the previous night, describing Musk’s decision as “for the best” even as he warned workers they would face “distractions ahead,” Bloomberg reported late Monday.

The uncertainty left Twitter workers feeling “super stressed” about the future, with employees reportedly “working together to help each other get through the week.”

The report cited interviews with Twitter employees who asked not to be identified while discussing the company’s inner workings. Several employees told the outlet that Twitter’s internal environment was a “s–t-show” after Musk’s deal with the board fell through.

One Twitter employee griped that Musk was likely ‘just getting started” with pushing for change at the company – a development the worker described as “unfortunate,” according to Bloomberg.

Musk appears to be enjoying himself as the drama unfolds. His $54.20 per share offer just happens to include a “420” reference to pot smoking.

The number has a special significance for pot enthusiasts – and for Musk himself, whose frequent inclusion of the reference in serious business dealings has spawned countless memes.