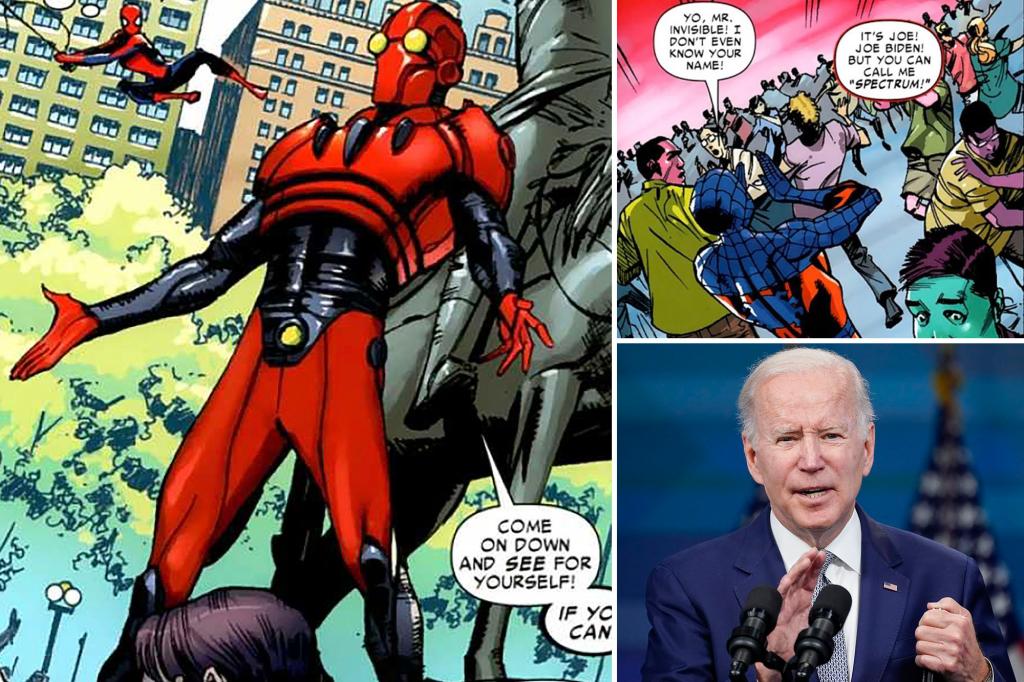 He’s a supervillain — and not just in the eyes of many conservatives.

Marvel fans are losing their minds on Twitter after learning of an obscure Spider-Man villain who shares a name with the current US president.

“I’m crying why the f – – k is Joe Biden a Spider-Man villain,” wrote one flabbergasted Spider-fan in a tweet with more than 120,000 likes. The fan also included a Wikipedia page for the minor league baddie, whose name is indeed Joe Biden.

The presidential doppelganger, whose villainous alter ego is called Spectrum, first appeared in “Peter Parker No. 1″ in 2010, when the real Biden, 79, was the US vice president under Barack Obama. The page even includes an out-of-date disclaimer to warn readers that the web slinger’s nemesis is “not to be confused with Vice President Joe Biden.” 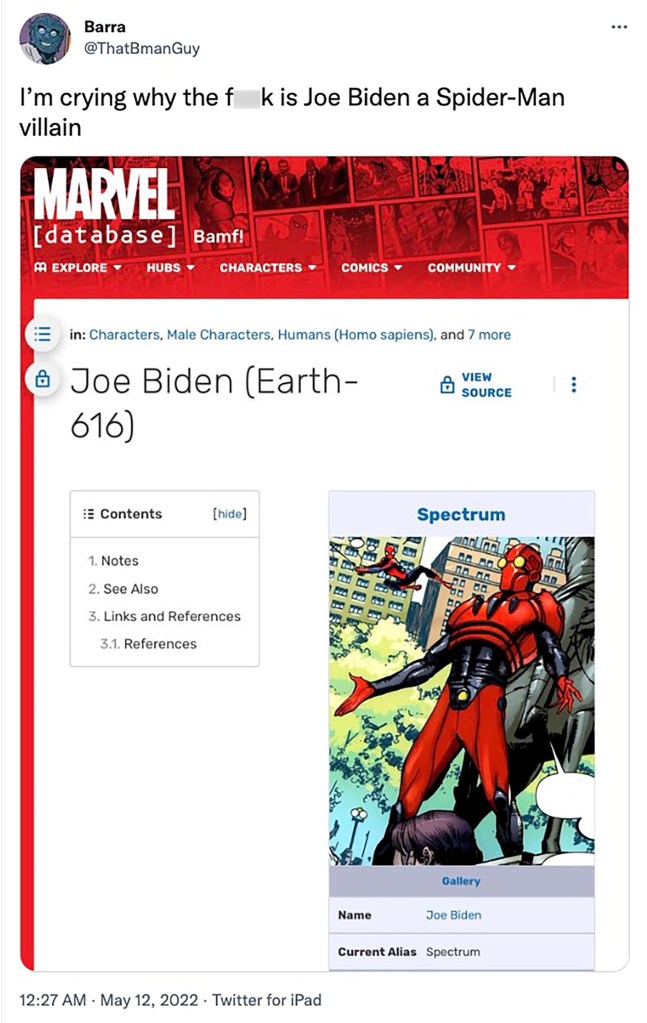 The Wiki page for Spectrum a k a Joe Biden.Twitter / @ThatBmanGuy

Found the first comic he appeared in and I have to say this one of the funniest out of context comic book panels I’ve ever seen. pic.twitter.com/a4RUfXvtUr

Fans were in shock at the discovery.

Per the page, Spectrum also appeared in “Peter Parker” volumes 11 through 14 and also had a cameo in “Dead Man Logan Vol. 12.”

Needless to say, Spider-Man buffs couldn’t believe that their two worlds had collided in such a bizarre fashion.

“Today I learned that Joe Biden is a Spider-man villain. Lol,” said one flummoxed poster on Twitter, while another tweeted, “Joe biden really hates spiderman.” 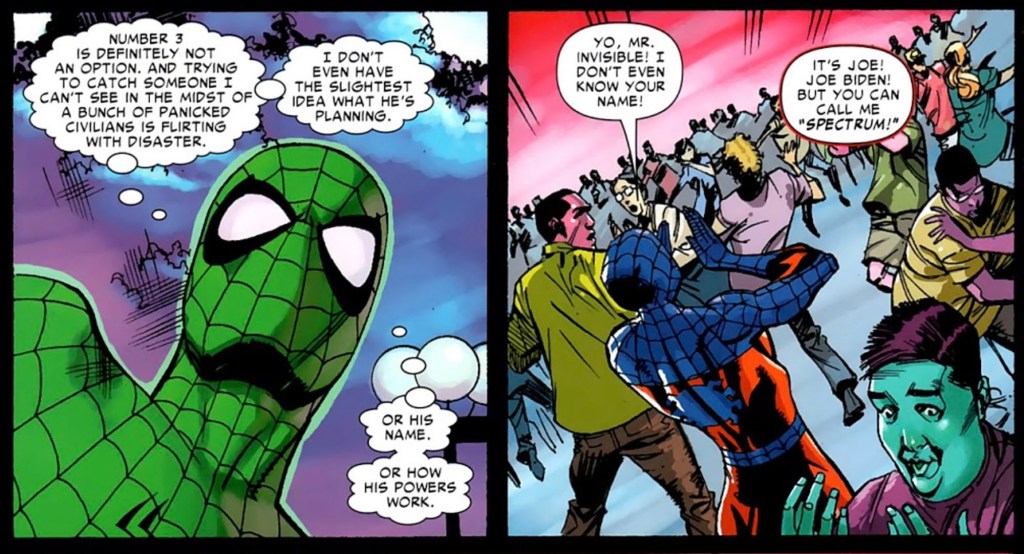 One superhero buff even posted Spider-Man panels featuring Joe Biden’s first appearance in “Peter Parker No 1,” in which Spidey demands that the villain reveal his identity.

“Yo, Mr. Invisible, I don’t even know your real name!” shouts Spider-Man, to which Spectrum replies, “It’s Joe! Joe Biden! But you can call me ‘Spectrum!’ “

Some hopeful Twitter users even asked Sony when they were making a Joe Biden movie. 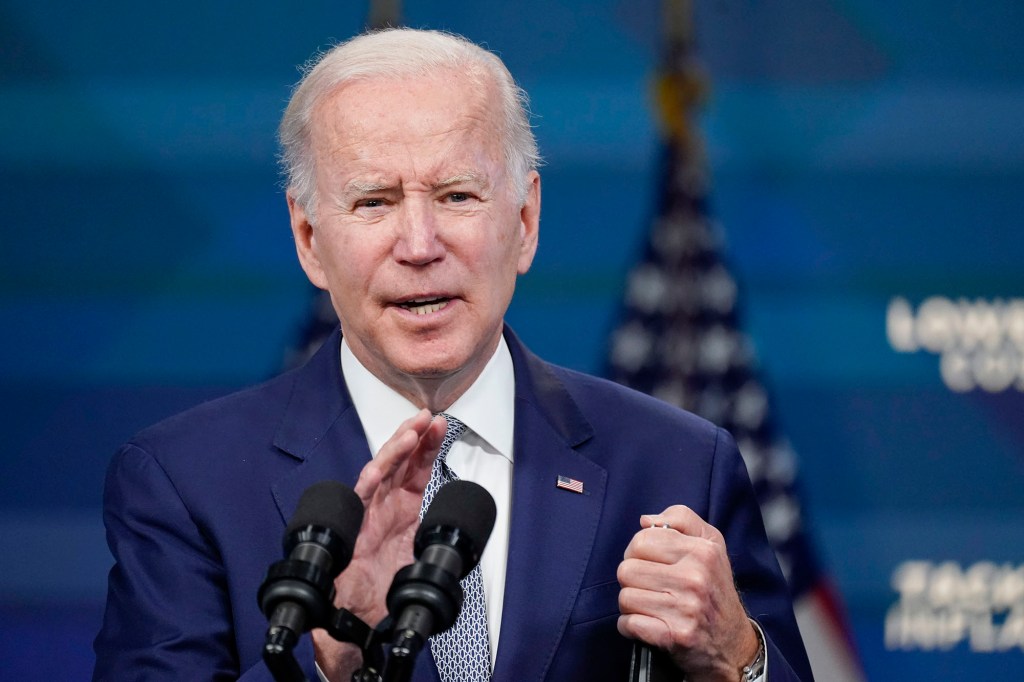 President Joe Biden speaks in the South Court Auditorium in the White House complex in Washington, DC, on May 10. AP 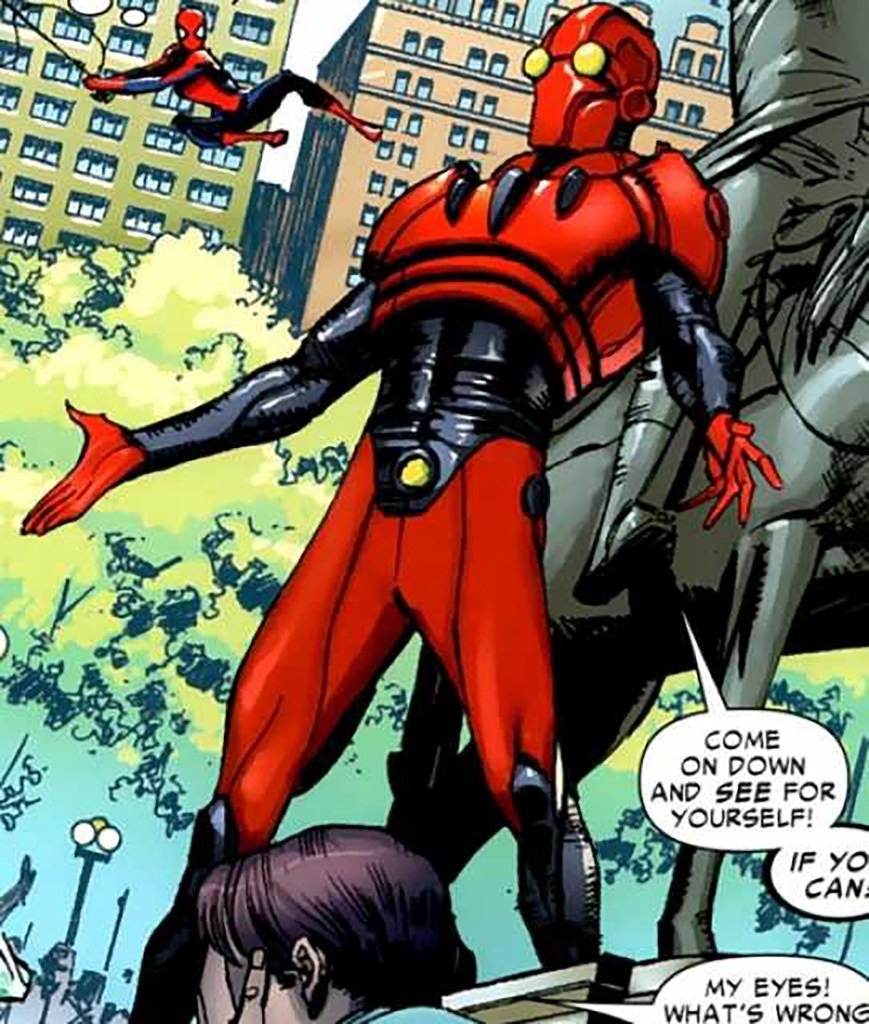 Some hopeful Twitter users even asked Sony when they were making a Joe Biden movie.

Of course, there was plenty of right-wing web-slinging as well.

“How bad is Joe Biden, you ask? Well, he’s a Spider-Man villain,” shot one detractor, while another wrote, “Even Spider-Man can’t stand this guy.”

“He’s a villain on this earth as well,” quipped one critic.

“Biden was present in Italy when the world leaders met in an attempt to deal with Doctor Octopus,” his Wiki profile reads. “He witnessed the individual impersonating Al Gore being unmasked, revealing him to be the Chameleon.”