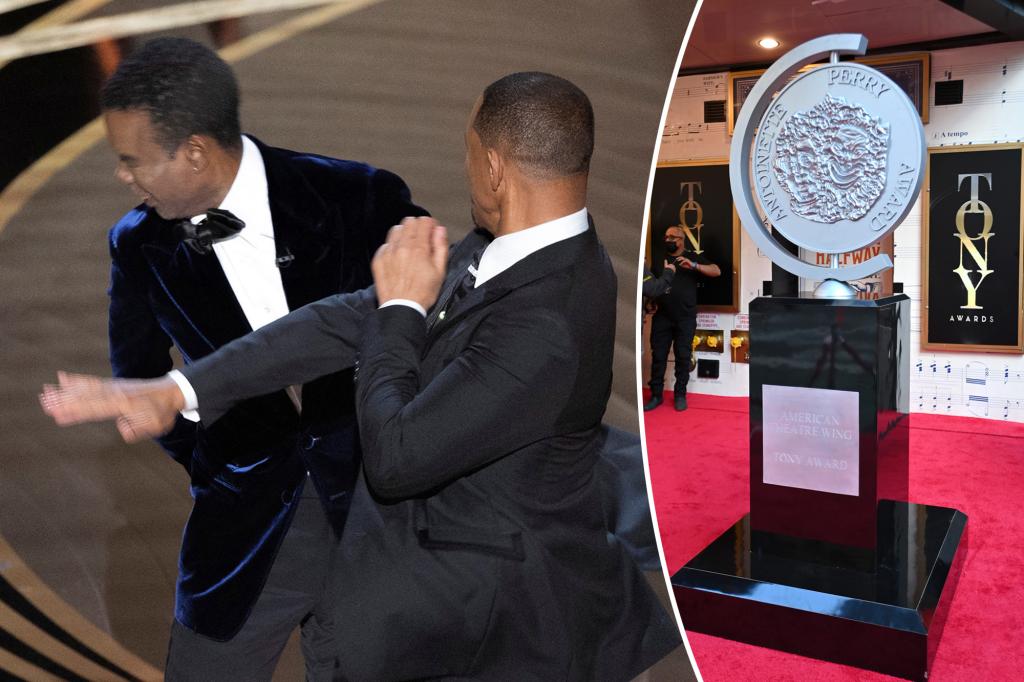 You won’t get celebrated post-slap à la the Oscars.

Amid the fallout from last month’s Oscars slap, producers for the upcoming Tony Awards are warning potential copycats to refrain from following suit — or they’ll face severe consequences. Event organizers included the anti-slap advisory in a memo sent out to potential ticket-holders, Deadline reported.

“The Tony Awards has a strict no violence policy,” read the PSA. “In the event of an incident, the perpetrator will be removed from the event immediately.”

Along with discouraging slap-happy Broadway buffs, the letter also reminded potential ticket-buyers of other restrictions, including wearing black tie and bringing proof of COVID vaccination. (And don’t even think of scalping your tickets, as they are non-transferable.) 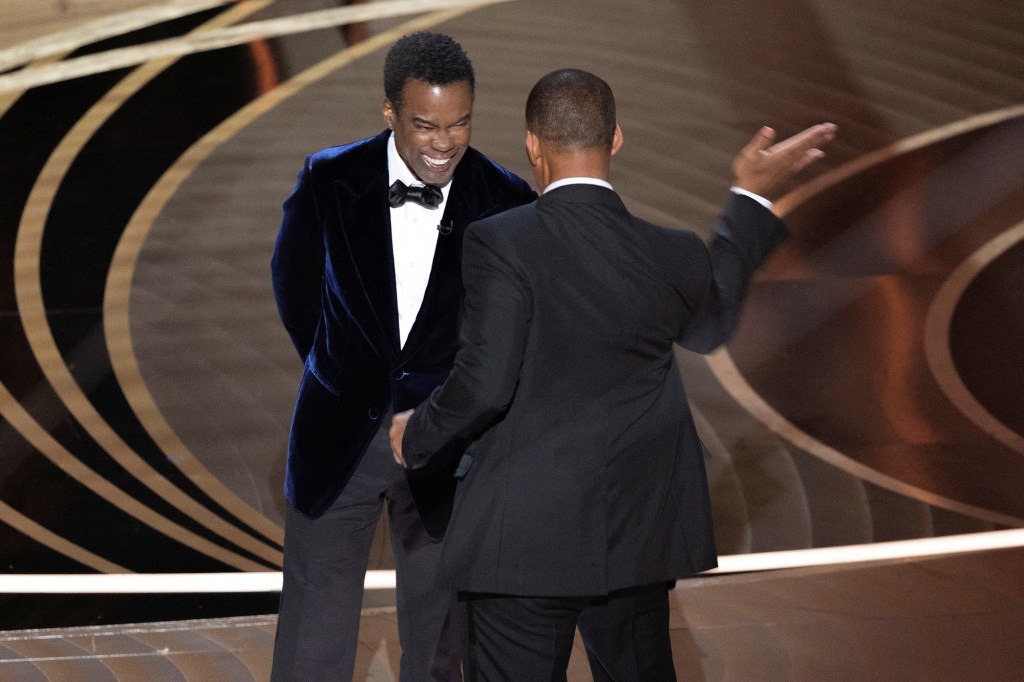 Another view of Will Smith’s infamous slap at the 2022 Oscars.REUTERS 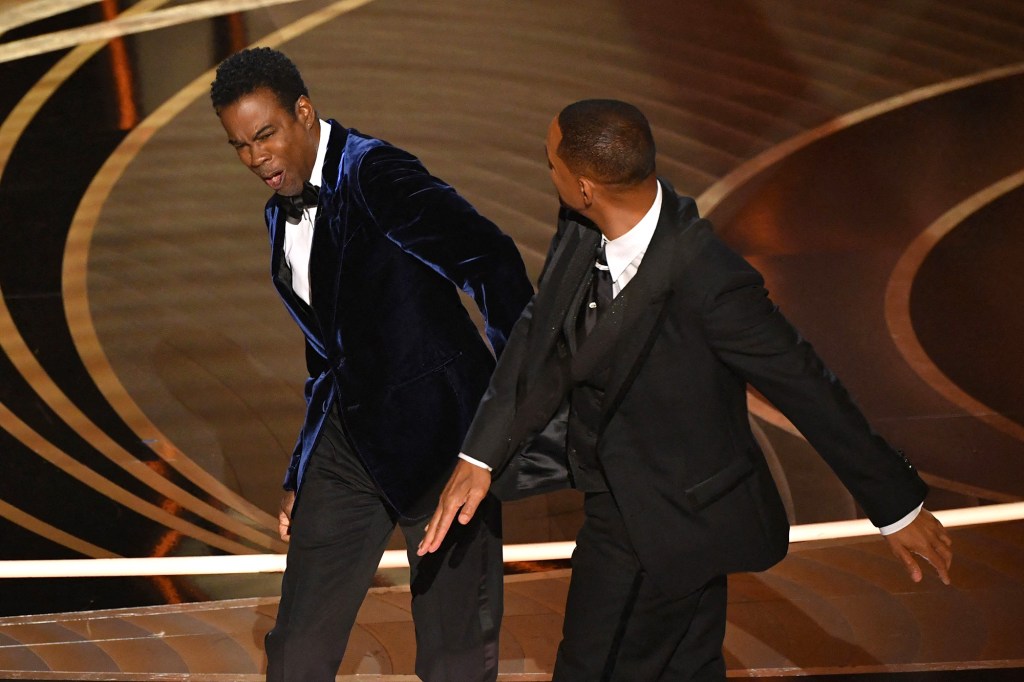 Since the incident, Smith has apologized to Rock and resigned from the Academy of Motion Picture Arts and Sciences. AFP via Getty Images

The warning comes nearly a month after the infamous Smackademy Awards incident, in which Will Smith slapped Oscars presenter Chris Rock after the 57-year-old comic made a crack about his bald-headed wife, Jada Pinkett Smith, who has alopecia.

Despite the attack, the 54-year-old “Hancock” actor was permitted to remain at the event, and went on to nab the Best Actor Academy Award for his role in “King Richard.”

Since the incident, Smith has apologized to Rock and resigned from the Academy of Motion Picture Arts and Sciences. The Academy later announced that the “King Richard” star is banned from all of the organization’s events for 10 years. 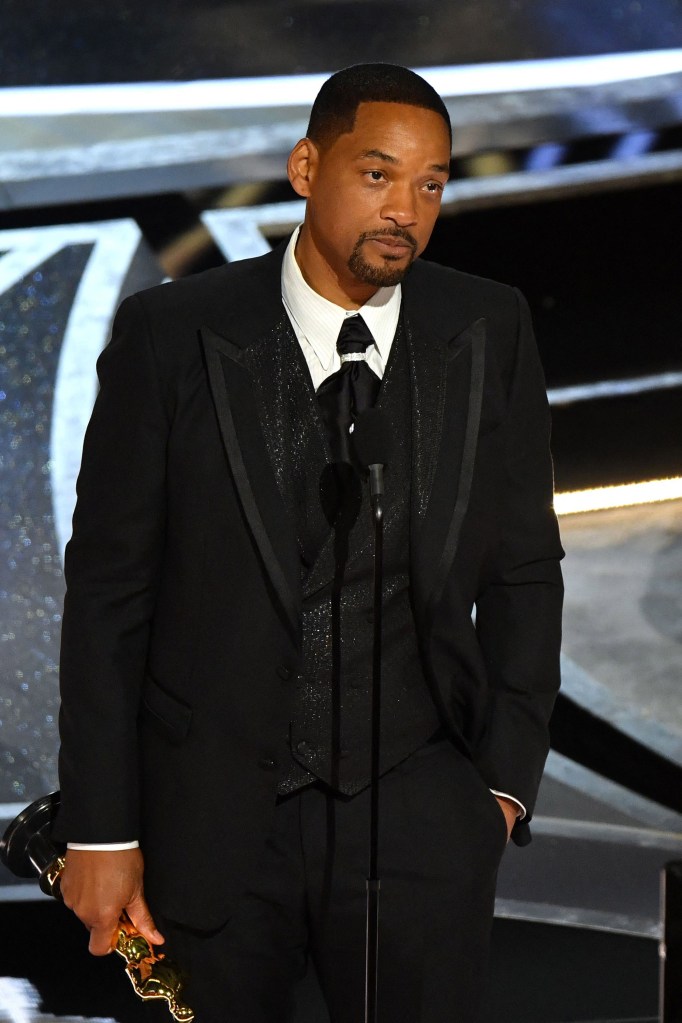 Will Smith accepts the award for Best Actor in a Leading Role for “King Richard” onstage during the 94th Oscars at the Dolby Theatre in Hollywood, California. AFP via Getty Images