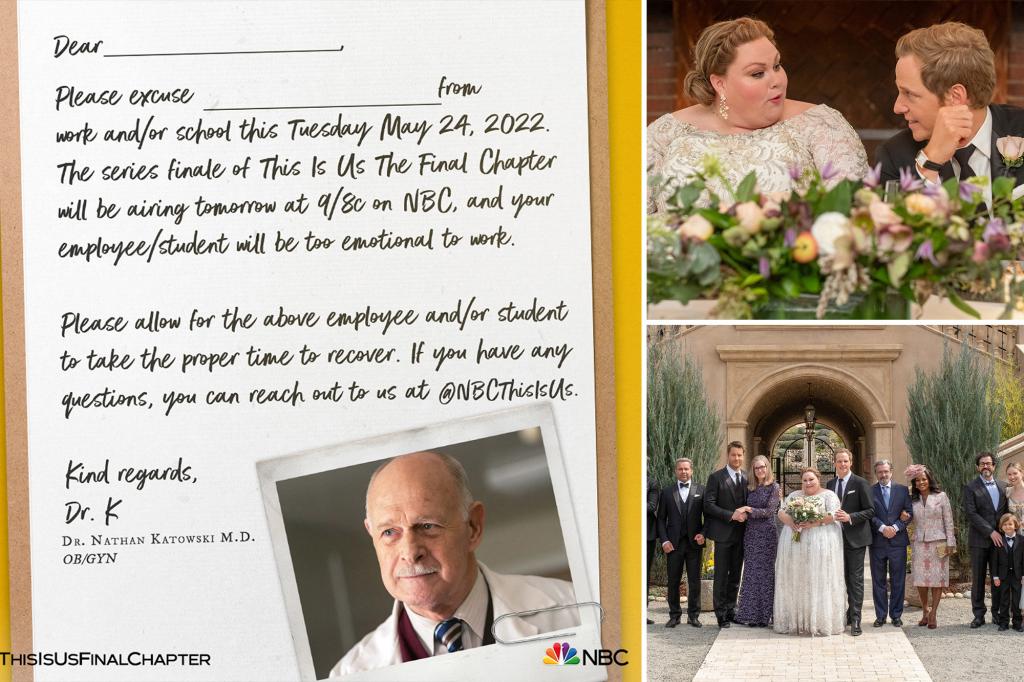 Hopefully, fans of “This Is Us” strategically planned their PTO days.

Ahead of the weep-inducing NBC series’ finale Tuesday night, the show’s official Twitter account posted a pre-written doctor’s note, claiming “your employee/student will be too emotional to work” the day the episode airs.

“Please excuse ________ from work and/or school this Tuesday, May 24, 2022,” reads the note, which was “signed” by the show’s OB-GYN, Dr. Nathan Katowski, portrayed by actor Gerald McRaney. Employees and students need “to take the proper time to recover,” the note added.

“I think I will need at least a week to recover,” another tweeted. “Also, people, HYDRATE before you watch this final episode. I made the mistake of binge watching season 6 up to episode 17 and at the end I cried ‘dry’ tears.” 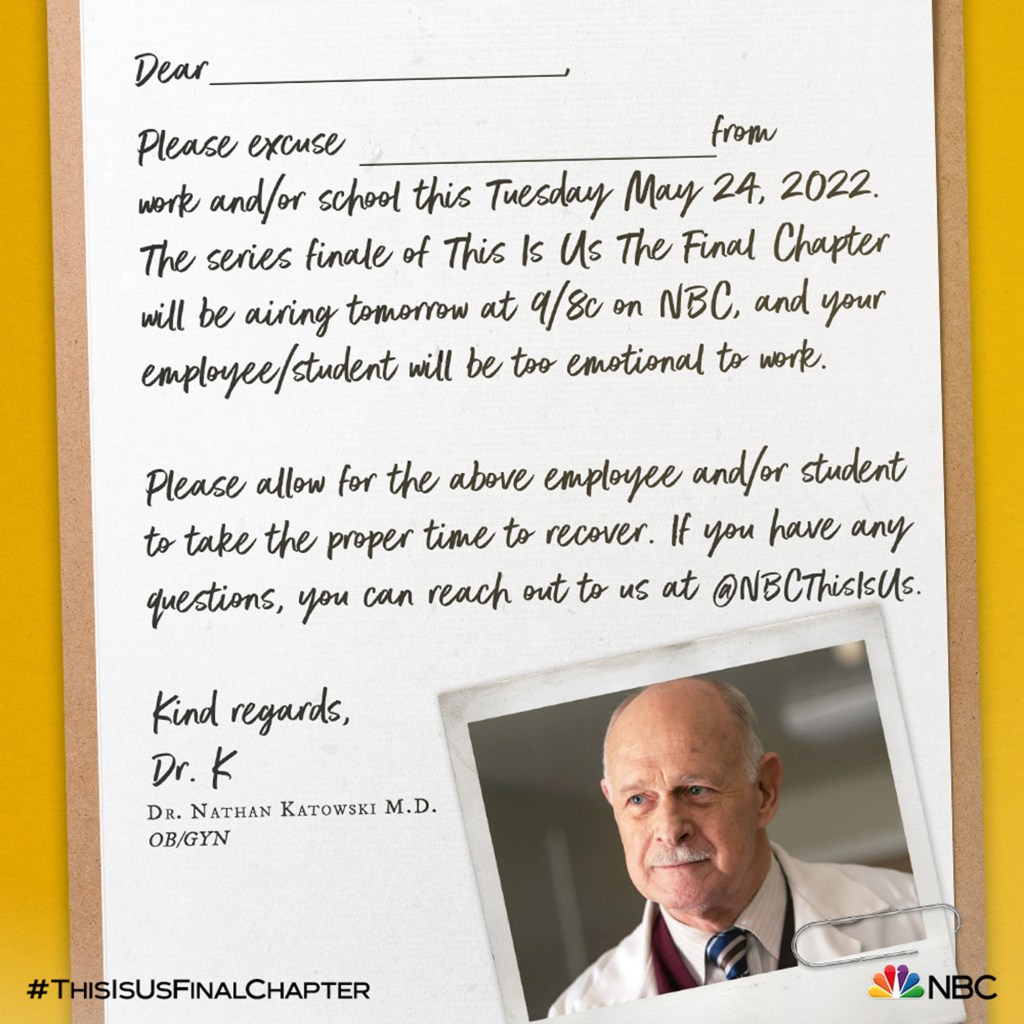 However, some users asked that the note excuse absences on Wednesday, the day after the finale, rather than the day of.

The document comes after Mandy Moore recently told Jimmy Fallon that fans may “need a day off from work” due to the finale. She also revealed that she threw up after reading the script for the penultimate episode.

“The finale is a little bit more of a hug. There’s a bit more levity. Yeah, the second to last destroyed me. I have a feeling it’ll destroy people, too,” she said before the latter episode aired. 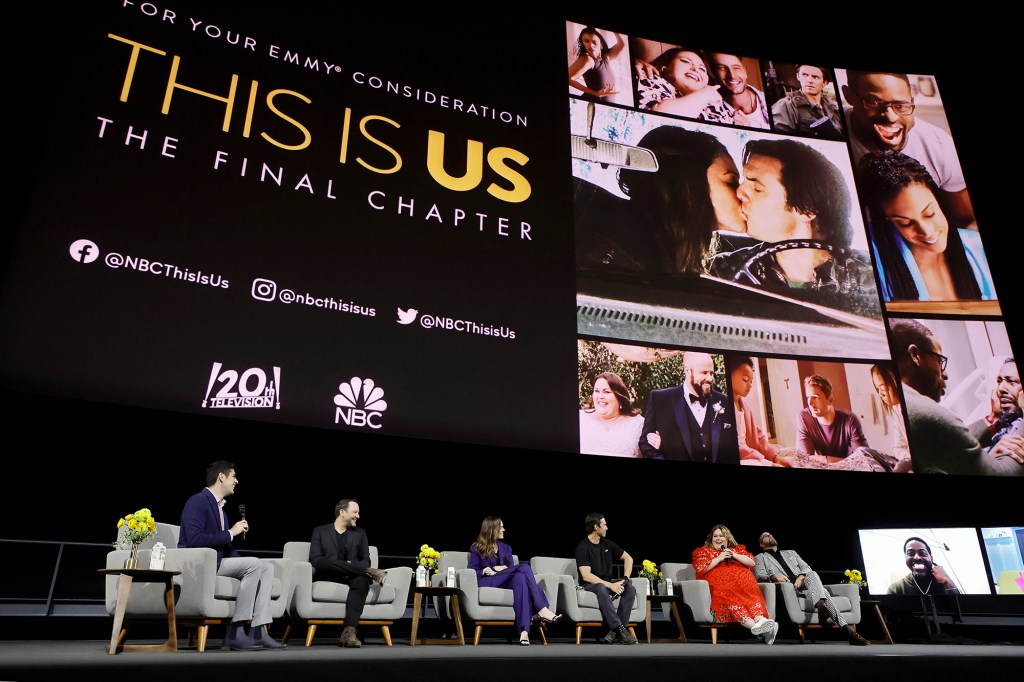 “This Is Us” won four Emmy awards in its first five seasons. Getty Images

In April, Moore exclusively told Page Six that becoming a mom in real life “changed everything” — including how she portrays matriarch Rebecca Pearson on the show.

The “This Is Us” series finale airs Tuesday at 9 p.m. ET on NBC.