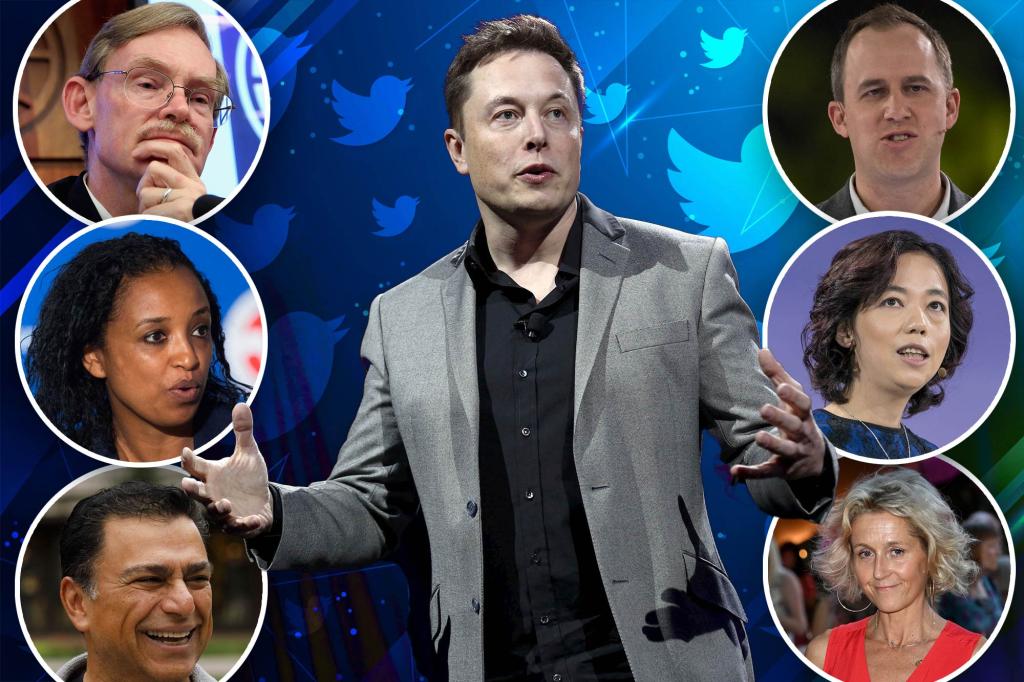 Amid a feared takeover bid from Tesla CEO Elon Musk, Twitter’s board of directors threatened to fight back with a “poison pill” strategy, allowing it to flood the market with new shares if Musk buys more than 15 percent of the company.

Fending off Musk’s $43 billion offer by creating more shares could dilute the value of shareholders’ stock — but Twitter’s 10 board members own just a tiny portion, Musk noted in an April 16 tweet: “The Twitter board collectively owns almost no shares! Objectively, their economic interests are simply not aligned with shareholders.”

That same day, even Twitter co-founder Jack Dorsey, who is formally leaving the board when his term expires at the company’s annual shareholder meeting next month, tweeted that the board of directors “has consistently been the dysfunction of the company.”

Musk, who owns a 9.2% stake in Twitter, has reportedly secured $46.5 billion in financing to fund his Twitter takeover bid. 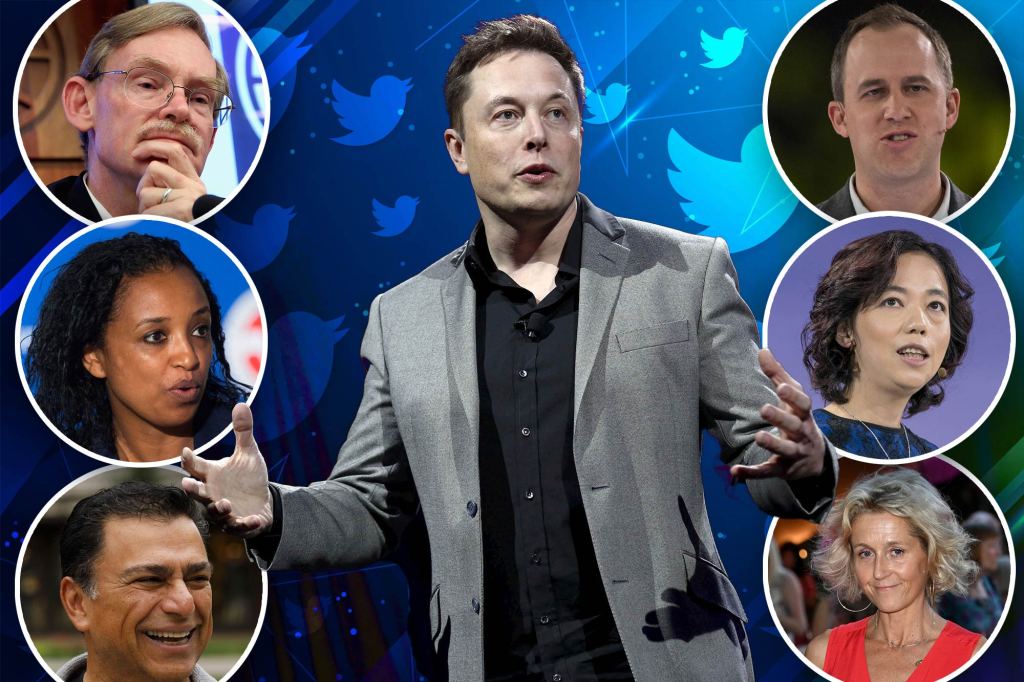 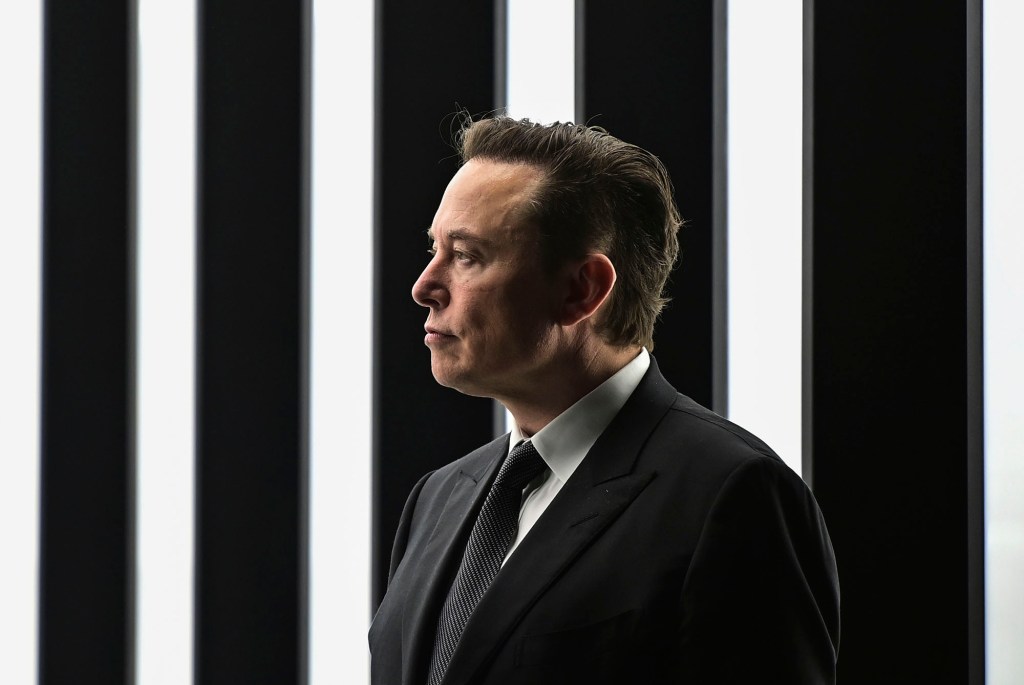 Musk, who owns a 9.2% stake in Twitter, has reportedly secured $46.5 billion in financing to fund his takeover bid. AP

After backing out of an agreement to take a seaton the board, Musk is threatening to cut board salaries to zero, a move he says will save the company nearly $3 million a year. Each non-employee board member earned $225,000 in stock in 2021, according to Twitter’s public filings. Directors, with the exception of Dorsey and his co-founder, CEO Parang Agrawal, also received $12,500 in cash, plus extra fees, ranging from $2,500 to $7,500, for serving on various board committees.

So who are these Twitter board members fighting Musk’s hostile bid? Twitter — which has come under fire for censorship, in part for banning the New York Post’s coverage of Hunter Biden’s laptop — is filled with a motley mix of tech vets, retail gurus, academics, philanthropists and former government officials. 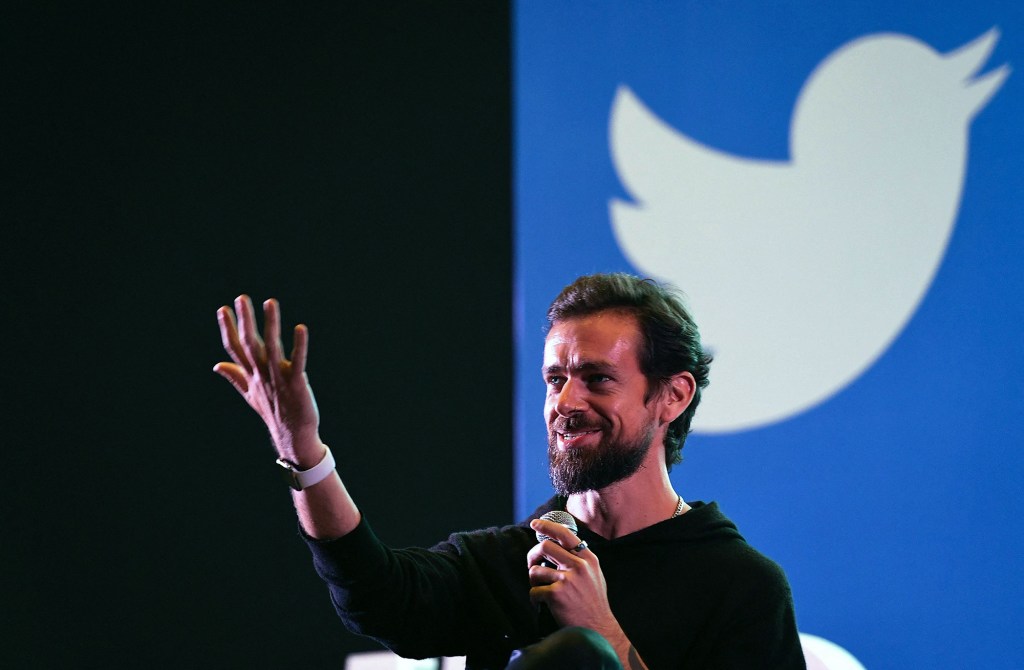 Twitter co-founder Jack Dorsey is formally leaving the board when his term expires at the company’s annual shareholder meeting next month.AFP via Getty Images

“They’re a lot more ideological and anemic than your typical Silicon Valley board,” said Kara Frederick, director of the Tech Policy Center at The Heritage Foundation. The Musk takeover bid has “expose[d] the board as the censors and ideologues that they really are. Rather than disrupting, they are all about maintaining the status quo as they ignore their fiduciary duties to maximize shareholder value and act with the best interests of Twitter as a company.”

Here’s a rundown of 10 members, what they do, and what they tweet about … 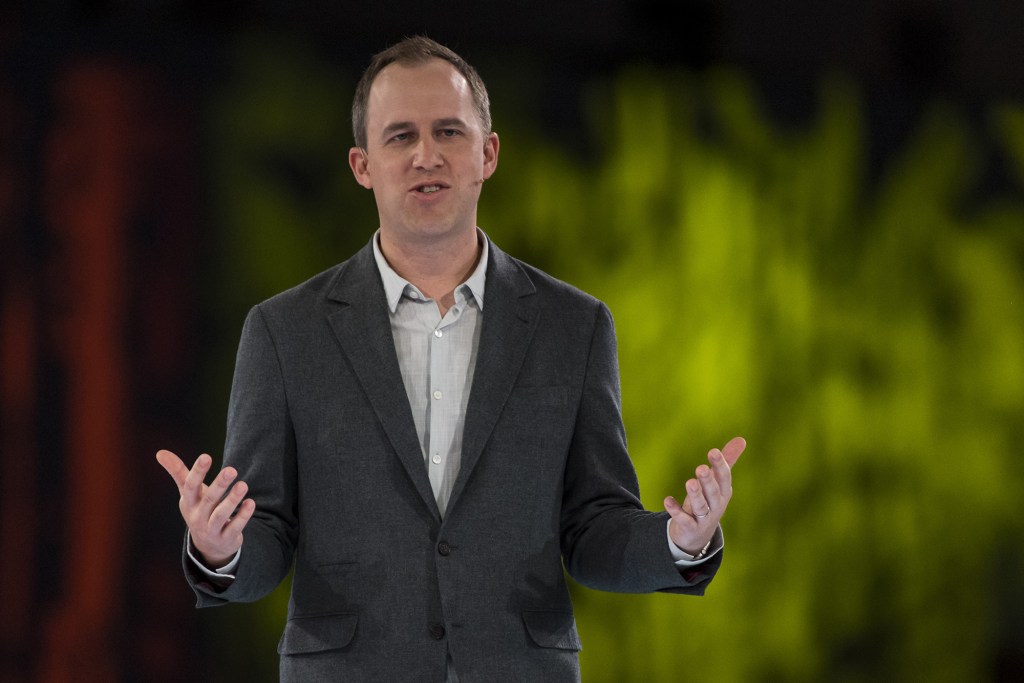 Recent tweet: “We are all excited to work with you and build the future of Twitter together” — tweeted at Elon Musk on April 5, before negotiations turned hostile

Taylor, 41, is a former product manager at Google, where he co-created Google Maps. He also worked as Facebook’s chief technology officer between 2010 and 2012, when he left that company to found Quip, a competitor to Google Docs. Since November 2021, the Stanford grad has served as co-CEO of Salesforce, a customer relationship management company. Taylor joined the Twitter board in 2016 and has been chair since 2021. 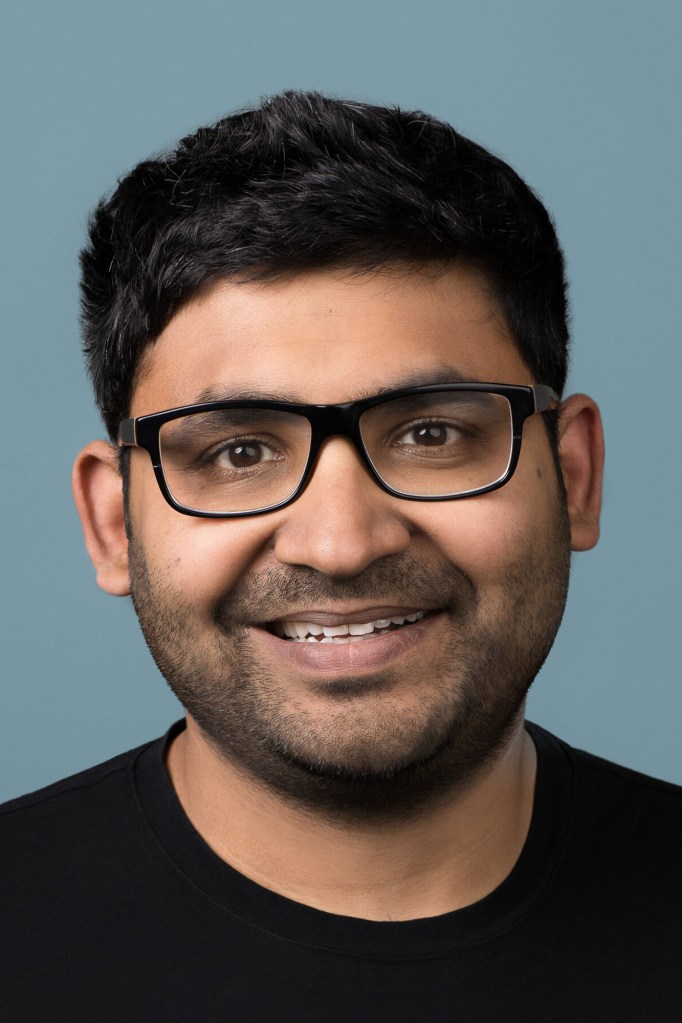 Recent tweet: “Elon has decided not to join our board…Elon is our biggest shareholder and we will remain open to his input” — tweeted April 10.

Born in India, the 37-year-old joined Twitter in 2011 and has served as chief technology officer of the company since 2017. He rose through the ranks to be named the company’s first Distinguished Engineer, largely for his work on strategic initiatives involving artificial intelligence. A confidant of Dorsey, he took over the leadership of the company in 2021. Agrawal has a PhD in computer science from Stanford University. 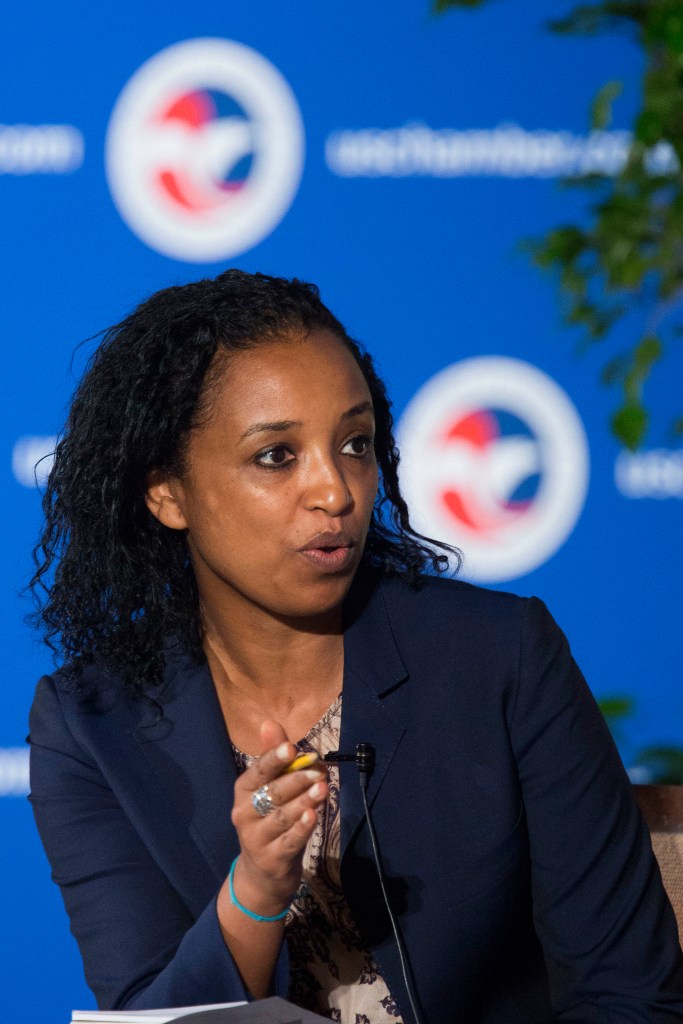 Twitter MO: Alemayehou usually retweets other people’s comments or stories on Twitter, including support for Justice Ketanji Brown Jackson, and recently the Atlantic piece “It’s Your Friends Who Break Your Heart.”

Born in Ethiopia, Alemayehou spent her childhood in Kenya and has a master’s degree in international affairs from Tufts University. In 2010, President Barack Obama nominated her as the executive vice president of the Overseas Private Investment Corporation, the federal government’s $16 billion development finance institution, which funds investment opportunities in developing countries. The 53-year-old’s tweets often focus on African business ventures and startups, along with health, job creation and climate change in the developing world. 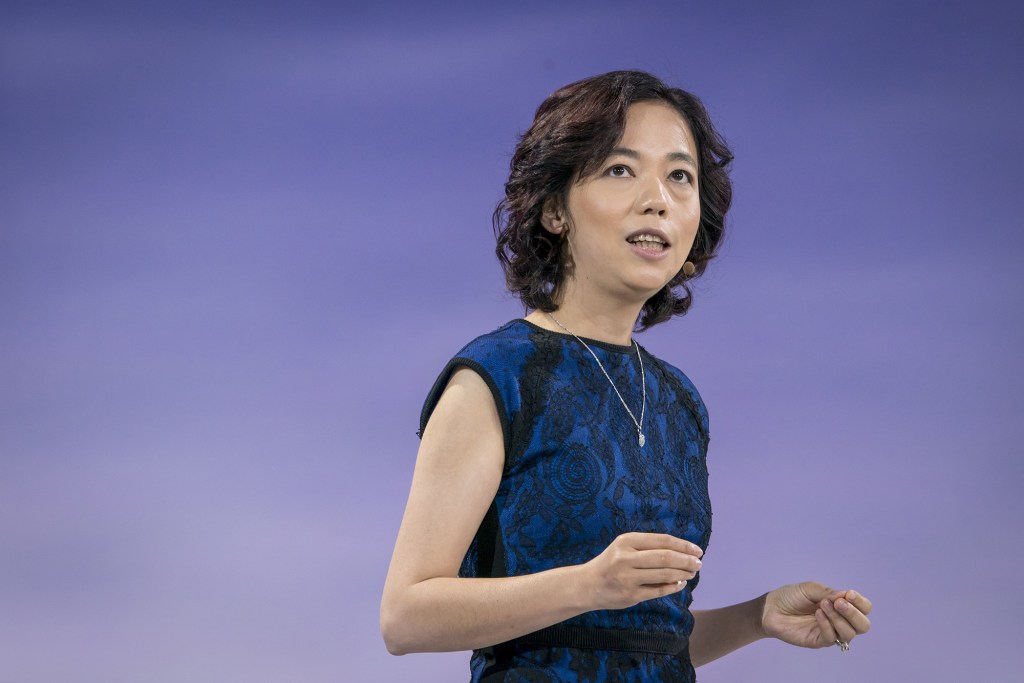 Recent tweet: “More women and people from underserved and underrepresented communities should be in Computing!” — tweeted on March 22

Li has worked as vice president at Google and chief scientist at Google Cloud, and is co-director of Stanford’s Human-Centered AI Institute. The China-born academic, who grew up in New Jersey, is an expert on computer vision, having worked on the science that allows software to recognize objects — such as vehicles and buildings — in video footage captured by drones. Li, 45, regularly tweets about various AI-related topics, conferences, breakthroughs and other #peakgeek happenings. 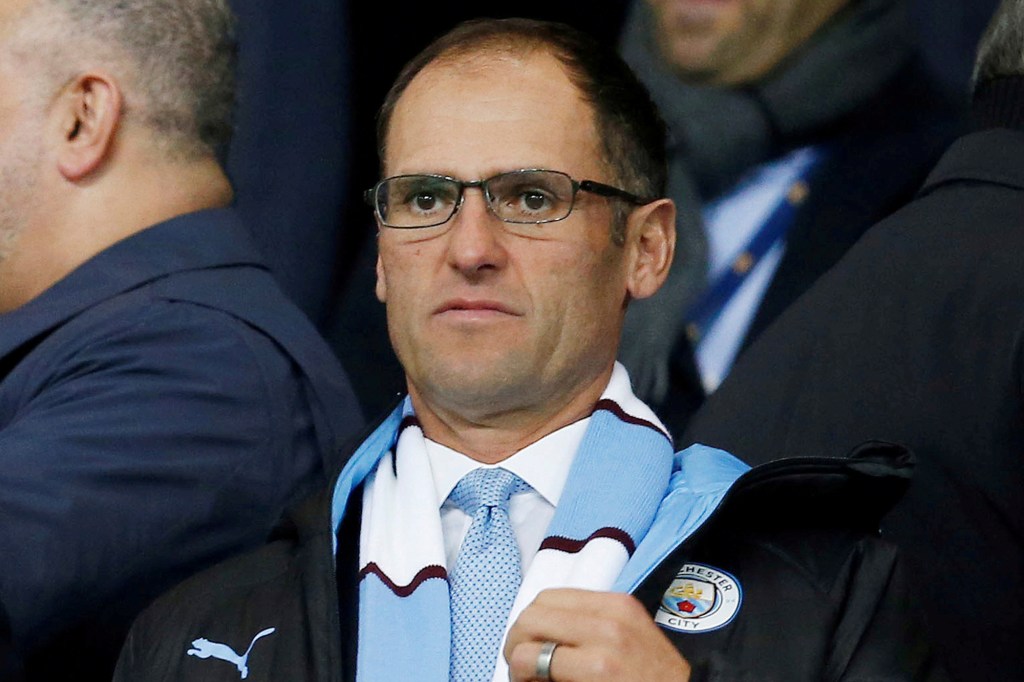 At 48, Durban heads Silver Lake, a billion-dollar private investment firm that specializes in technology investments. His company is also an investor in Manchester City Football Club. A Twitter board member since March 2020,he has a degree in finance from Georgetown University, and has served on the board and operating committee of Skype. Durban mostly tweets about tech companies he invests in — ranging from Airbnb to the sovereign wealth fund of Abu Dhabi. Durban posted his first tweet — lauding company CEO Dorsey — just two years ago. 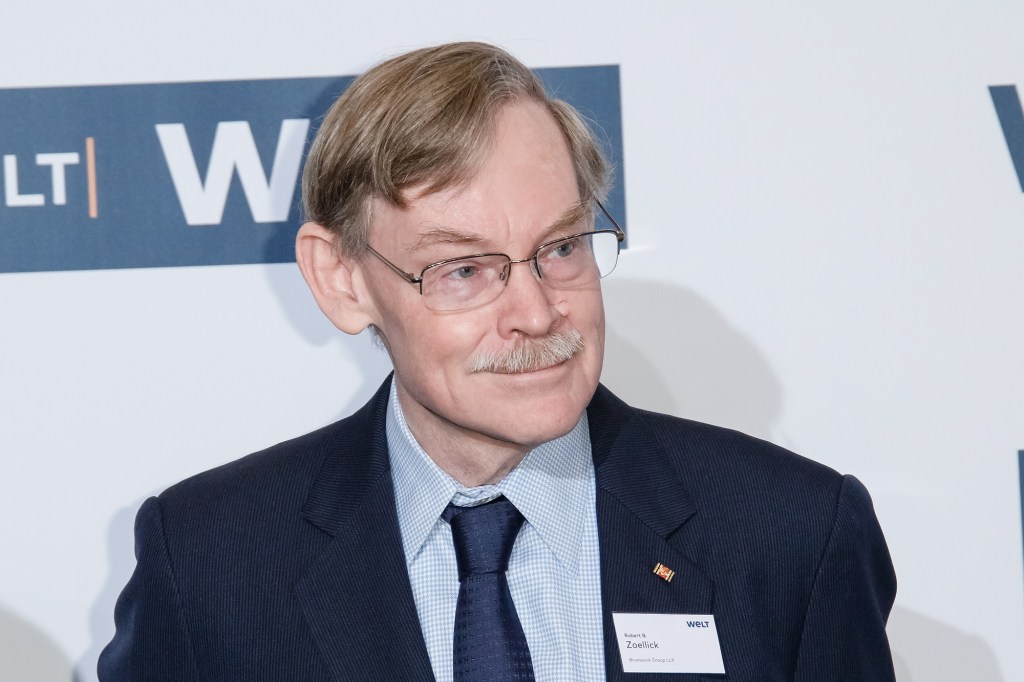 A former deputy secretary of state under President George W. Bush, Zoellick, 68, was the 11th president of the World Bank, a position he held from 2007 to 2012. A Twitter board member since July 2018, Zoellick previously served as chair of the board of international advisors at Goldman Sachs. A veteran federal bureaucrat and graduate of Harvard Law School, he has also served as a counselor of the US secretary of the Treasury and deputy chief of staff at the White House under President George H.W. Bush from 1992 to 1993. In “Politics of Diplomacy,” former Secretary of State James Baker describes him as “a superb manager, policy analyst and writer.” Intriguingly, Zoellick appears to never have tweeted in his life. 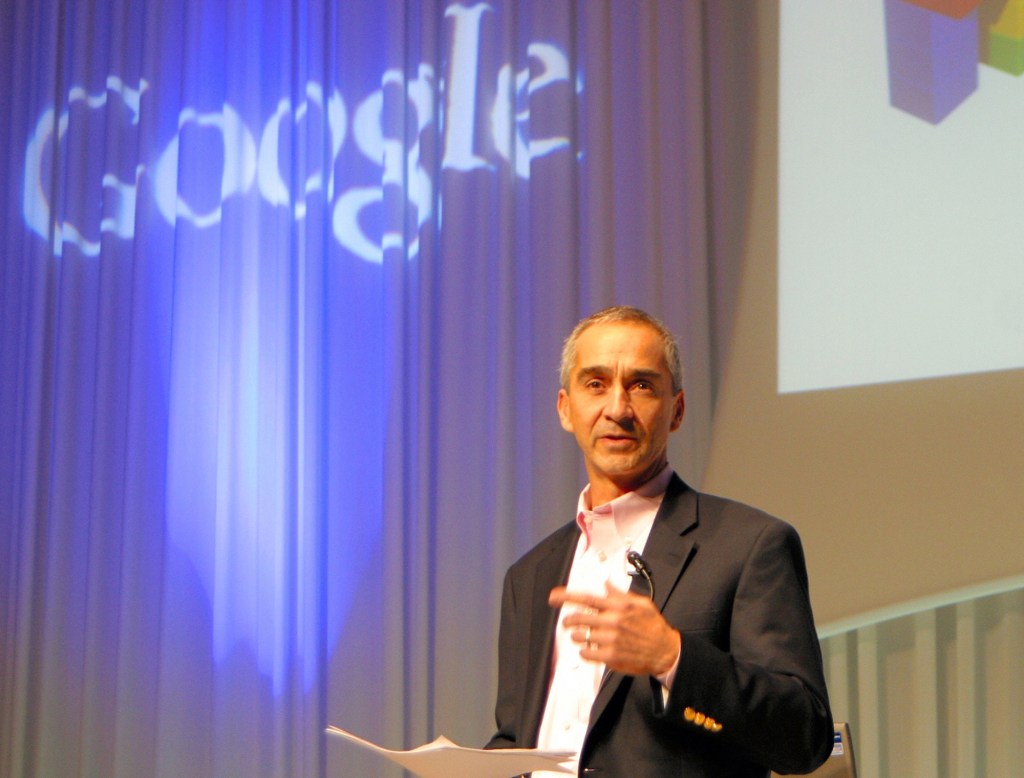 The Asahi Shimbun via Getty Images

Recent tweet: “You can smell spring in the air in London today. Happy intl women’s Day!” — tweeted on March 8

A Twitter board member since December 2017, Pichette is a London-based partner at Inovia Capital, a Canadian venture capital firm. Born in Canada, Pichette was educated at Oxford University and the Universite du Quebec in Montreal. An avid cycler who often uses Twitter to update followers on his bike rides around England, the 57-year-old also appears to have a penchant for breakfast cereals. Last month he tweeted a picture of a canister of Lucky Charms, which he declared as “The real and only reason to go back to the Twitter office :D.” 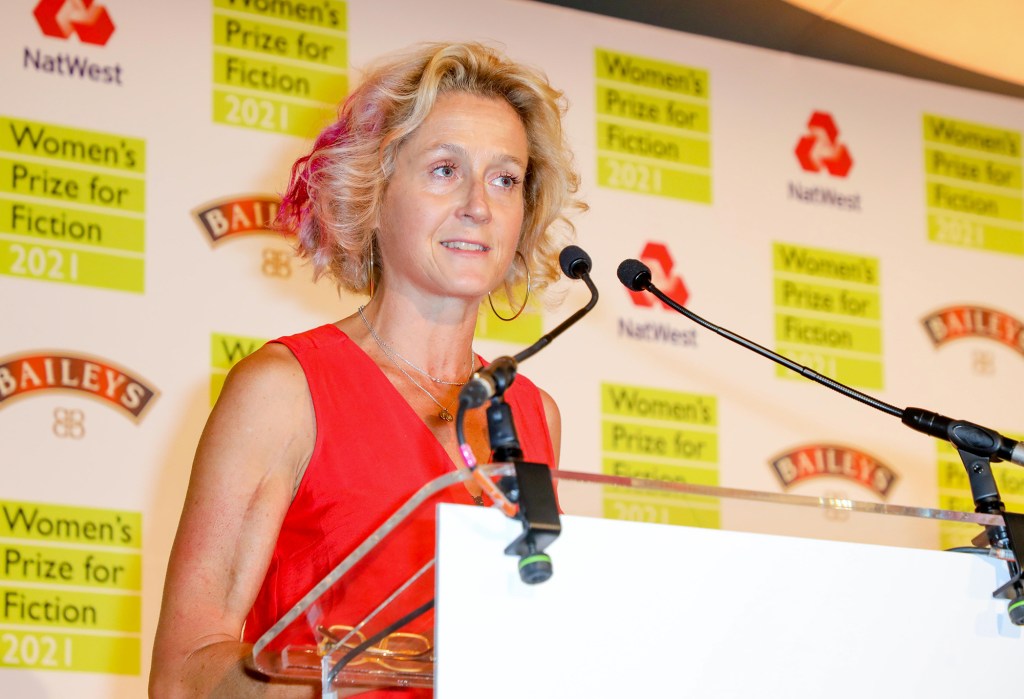 The 49-year-old baroness, who has been on the Twitter board since April 2016, has also served as the founder and chair of Lucky Voice Group Ltd., a private karaoke company, since 2005. The British philanthropist sits on the boards of WeTransfer and Chanel and became the youngest female member of the House of Lords in 2013. She is the director of Peers for the Planet, an environmental nonprofit tied to the House of Lords calling for “an urgent response to climate change.” In 2014, Lane Fox, who has a BA in ancient and modern history from Oxford University, was appointed chancellor of the Open University. She has a robust and eclectic Twitter output, ranging from concerns about protecting the open web to photos of snow-covered alpine peaks. 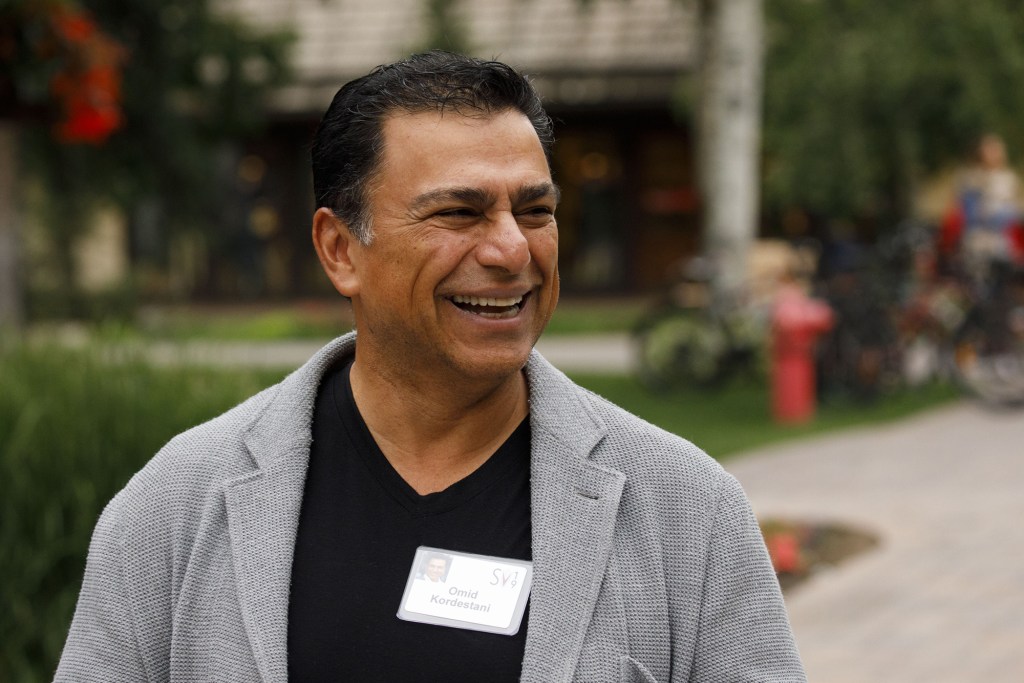 Recent tweet: “Embarrassed for my kids to hear this ‘debate’ in the background.” — tweeted on Sept. 29, 2020, during a Biden-Trump debate

Iranian-born executive Kordestani, 59, is worth $1.9 billion and has been on the Twitter board since October 2015. He served as a senior vice president of global sales and business development at Google between 1999 and 2009. Time magazine named him one of the “100 People Who Shape Our World” in 2006, calling him “the main brains behind Google’s innovative and aggressive push to reach deals with a multitude of partners and make big money through advertising.” A father of two with an MBA from Stanford, Kordestani’s tweets tend to commemorate holidays and, very occasionally, politics. 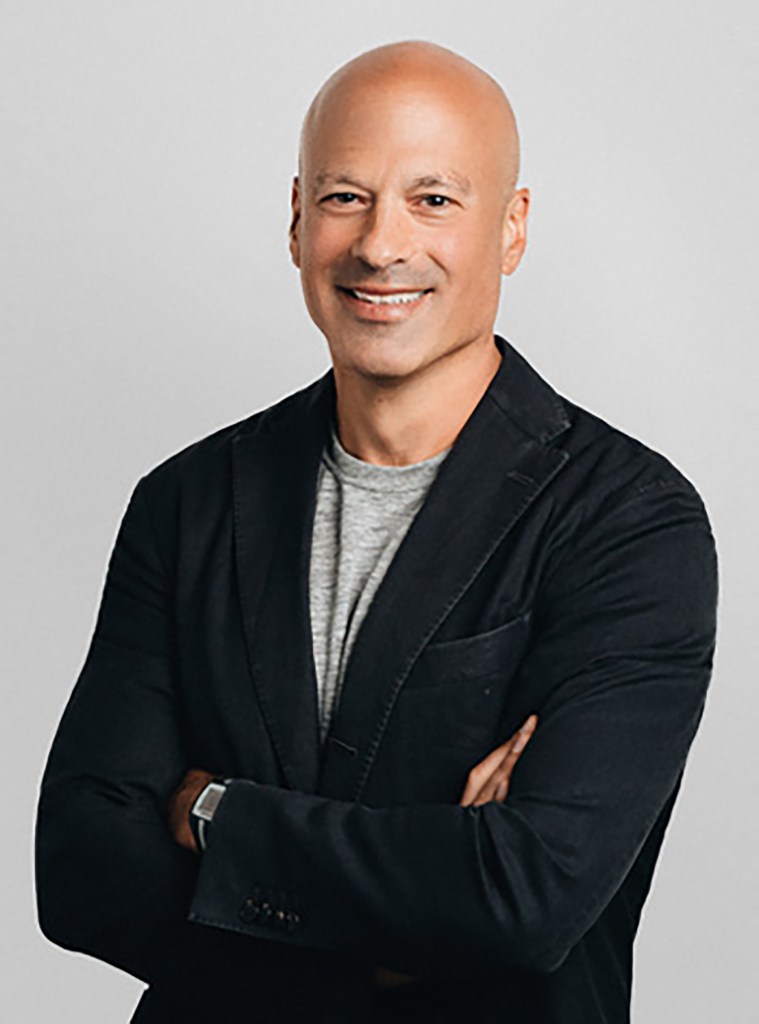 Recent tweet: “Thank you, @jack, for your vision, leadership and unrelenting dedication to Twitter since its founding but especially over the last 6 years. I look forward to our next chapter with @paraga leading the flock.” — tweeted on Nov. 29, 2021

Rosenblatt has been on the Twitter board since January 2011. He began his career in e-commerce in 1997 as a product manager at Doubleclick, a business tied to Google that makes its money from online advertisers, and now runs the online vintage furniture site 1stdibs.com. He has an MBA from Stanford University, and tweets mostly about design, furniture, auctions, new collections and NFTs. An early 2021 tweet highlighted his appreciation for the way Britons prefer the word “clash” over “conflict” when referring to scheduling snafus: “much more colorful and evocative,” he wrote.

Next post COVID-19 therapy: Better in combination than alone: How a well-known drug can become a game changer