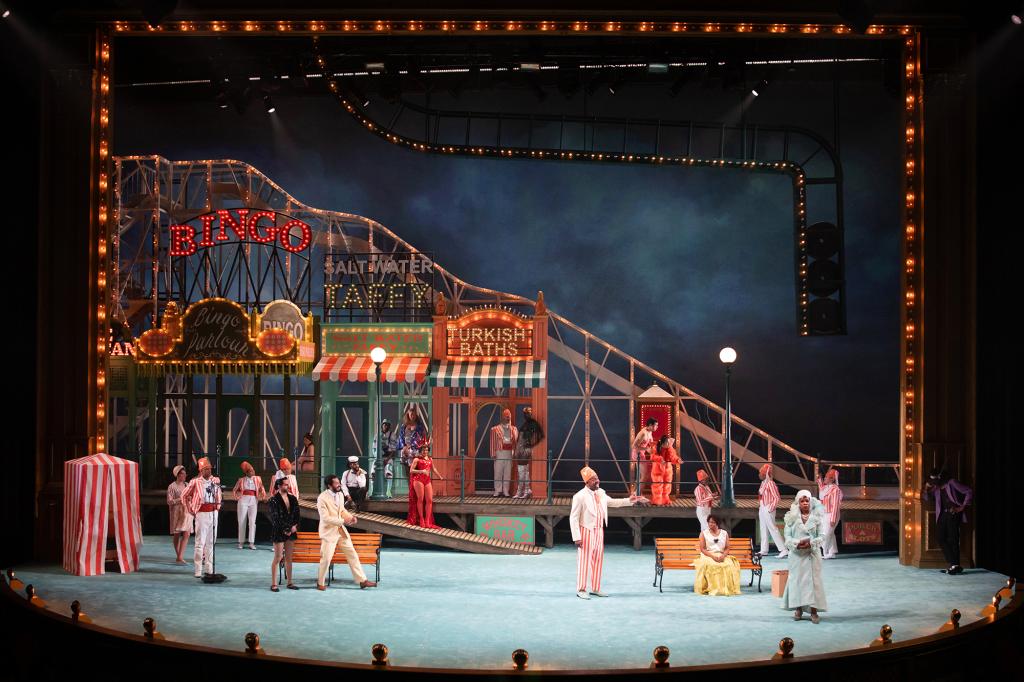 The set is the real star of “The Skin of Our Teeth,” Thornton Wilder’s geezer of a play that opened Monday night on Broadway.

Up at Lincoln Center’s Vivian Beaumont Theater, designer Adam Rigg’s spectacular scenery for the revival is as mammoth as the woolly mammoth that stomps around the characters’ living room along with an adorable brachiosaurus. The supersize environs liven up a 1942 comedy that, at over three hours long, can feel rather prehistoric itself.

In three sporadically funny acts, Wilder’s Antrobus family glibly lives through the history of the planet — both scientific and biblical: the Mesozoic Era, the Ice Age, the Garden of Eden, Noah’s Ark and a couple of World Wars. It’s a comedy for a PhD.

Even with a pinky-out “I won a Pulitzer” attitude, the show can be amusing in spots. Lileana Blain-Cruz’s energetic staging is reminiscent of the Marvel miniseries “WandaVision,” in that the same nuclear family of characters — a husband and wife, two kids and a scheming maid — experience different eras in sitcom style. Each act is prefaced by a “News of the World” TV segment. And the mysterious housekeeper, Sabina (Gabby Beans), is Agatha all along.

The first act takes place in a “Leave It To Beaver”-esque living room (even though it’s set a few thousand years before then) and the father (James Vincent Meredith) has just invented the wheel and the lever. The family and their neighbors attempt to protect themselves from the oncoming ice age. 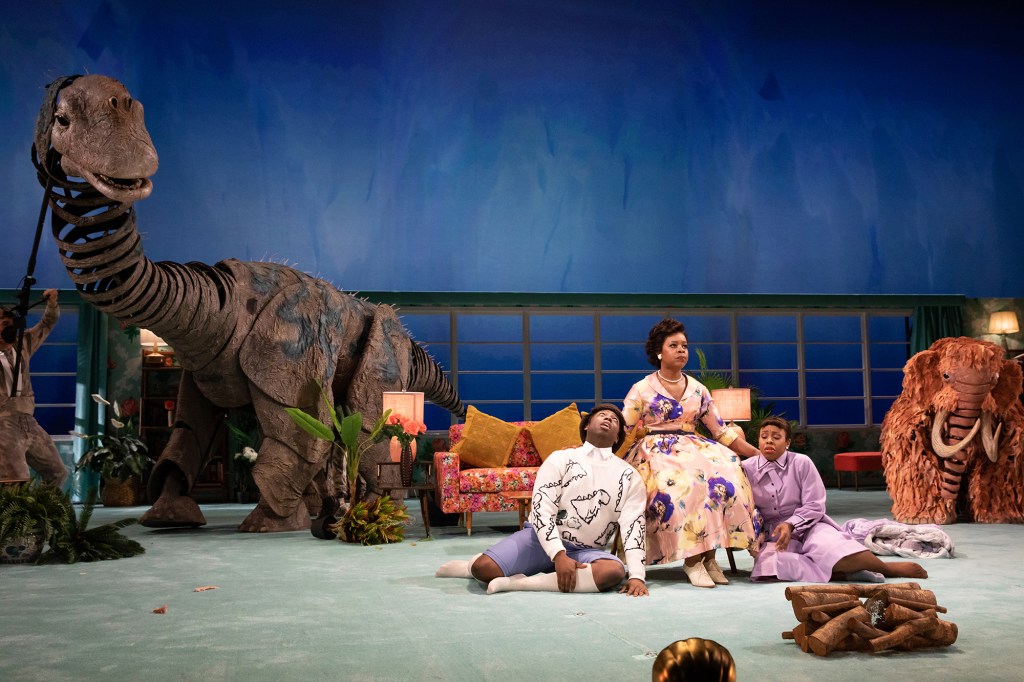 The second act — the weirdest and most immobile — is a convention of mammals on the Atlantic City, New Jersey, boardwalk, the denizens of which behave like Sodom and Gomorrah (there is a giant slide!). Borrowing a page from a motel room drawer, the world is flooded at the end.

And then the third section returns to the suburban home, which has been scorched by war, and is the kind of room where Samuel Beckett would want to sit and silently brood. Sans jokes, and pushing 11 p.m., the production loses steam here.

“The Skin of Our Teeth” is trotted out every so often by theaters that wish to inform us that the writer of “Our Town” also wrote other plays, like Shakespeare festivals and “The Two Noble Kinsmen.” The points Wilder makes — that family life is a universal constant and that peaceful periods are inevitably followed by some natural disaster or geopolitical strife — are roughly the same as those of “Our Town,” only less emotionally true and more self-indulgent and pretentious. 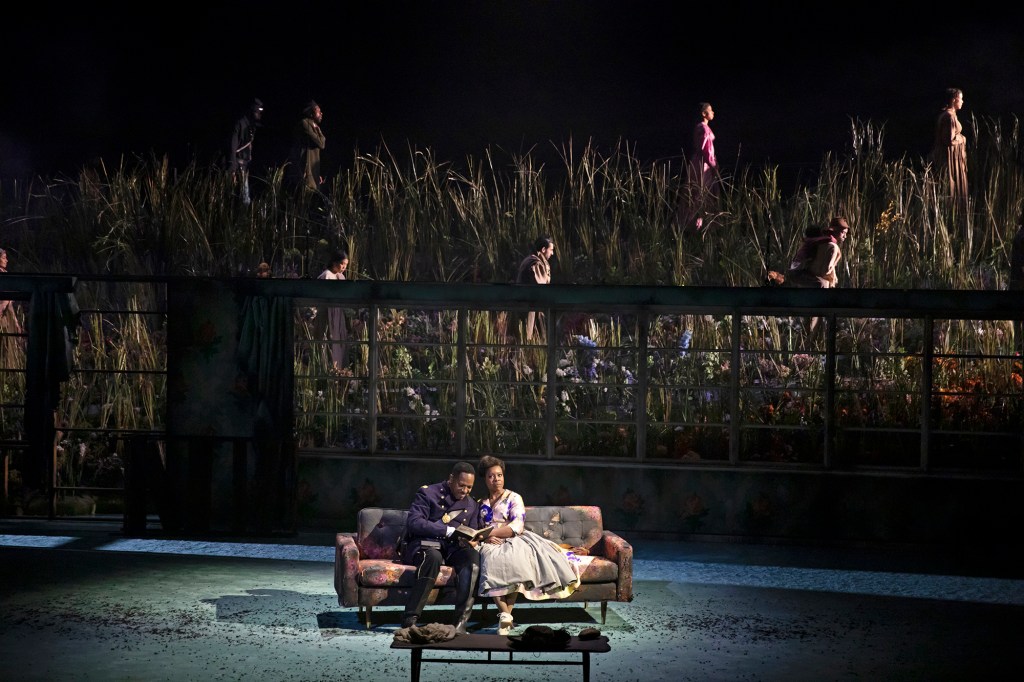 “The Skin of Our Teeth” takes a serious war-torn turn in Act 3. Julieta Cervantes

Those loyal Lincoln Center subscribers have their microscopes out in search of any speck of profundity in the show — but, beyond the obvious, there isn’t much to spot. This staging tries to add in some modern meaning with new text. The excellent playwright Branden Jacobs Jenkins contributed material.

Beans, who brings to mind Endora from “Bewitched,” begins a smidge too campy, but turns out one of the season’s funnier performances. Meredith and Roslyn Ruff, as Mr. and Mrs. Antrobus, ground the zaniness with moral authority. And, playing the Antrobus’ son, Henry, Julian Robertson’s PTSD-inflected performance in Act 3 is affecting.

But golly, this set. “Our Town,” with its ladders and chairs, looks like a very poor cousin, indeed.

Next post Rahm atop in Mexico for 1st win since U