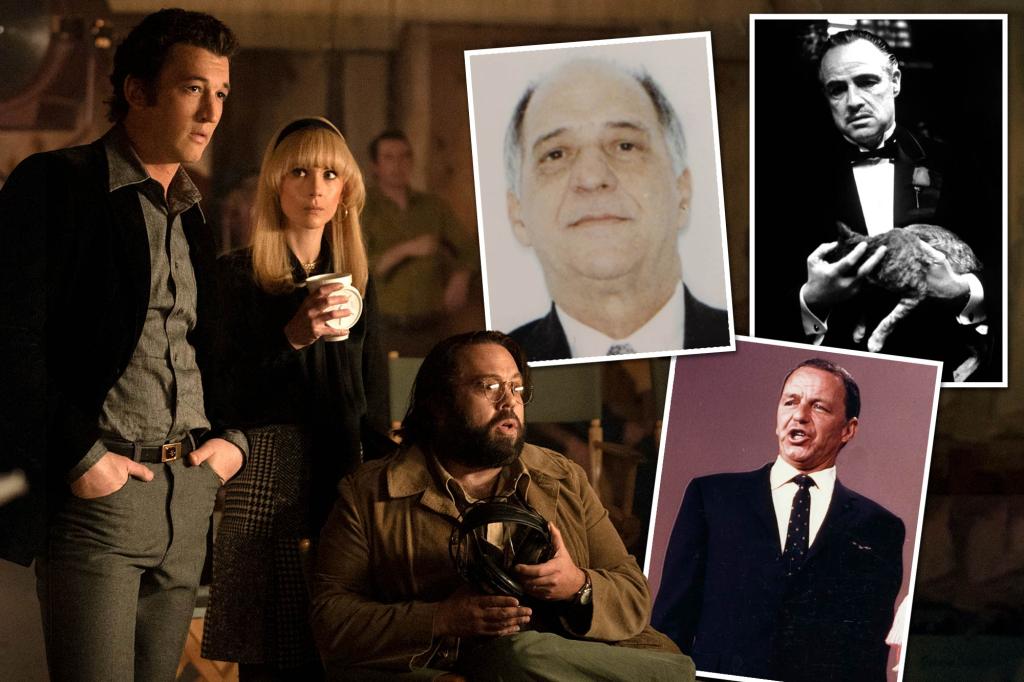 “The Godfather,” which turns 50 this year, is easily the most famous mafia movie of all time. Yet the word “mafia” isn’t said once in the nearly-three hour long film. That wasn’t by accident.

The omission of the word was just one of a host of concessions that the film’s producers had to make to the actual mafia in order to get the movie made.

“How these two titanic forces came together is one of the most astounding stories in the annals of film,” writes author Mark Seal in his book “Leave the Gun, Take the Cannoli.”

That story has been spun into a new scripted series, “The Offer,” premiering Thursday on
Paramount+. It tells the story of the making of “The Godfather” from the perspective
of the film’s producer, Al Ruddy, a former Rand Corporation computer programmer who found success in Hollywood after successfully pitching the idea for the show “Hogan’s Heroes.”

“I spent about two to three weeks interviewing Al Ruddy,” said Michael Tolkin, creator and writer of the series. “Basically his story was the research.” 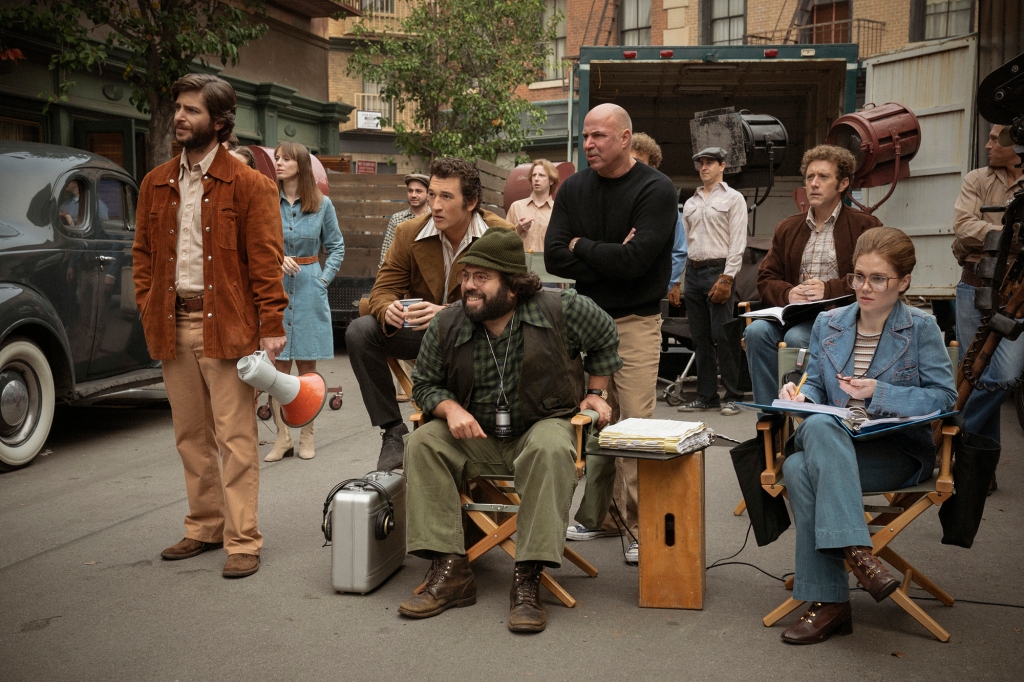 The new Paramount+ series “The Offer” (above) tells the tale of how “The Godfather” was made.PARAMOUNT+

Joe Colombo was the leader of the Colombo crime family, one of the “Five Families” of the New York mob in the early 1970s. He was also the head of the Italian American Civil Rights League, which campaigned against Italian American stereotyping, and particularly against the use of the word “mafia.”

The League’s influence was so powerful, they convinced the Justice Department and the New York State Police to stop using the word “mafia” in press releases. They mobilized tens of thousands of people to rallies and marches in New York City. And they organized a benefit concert at Madison Square Garden with Frank Sinatra to raise over a half million dollars, all of which, according to Ruddy, was used to try to stop the production of “The Godfather.”

In “The Offer,” Colombo and the League’s antagonism of the film comes at the request of Frank Sinatra himself, who believes the character Johnny Fontane is based on him. In fact, Sinatra did famously confront Mario Puzo, the author of the bestselling 1969 book the film was based on, at Chasen’s restaurant in Los Angeles, where he called Puzo a pimp and threatened to “beat the hell out of him.” 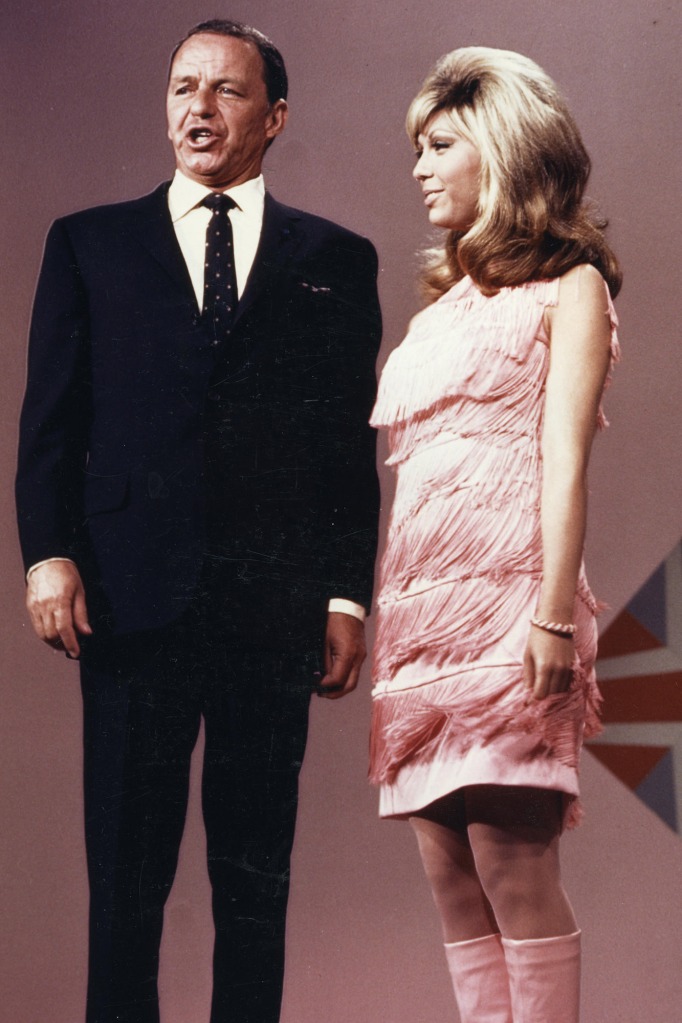 In “The Offer,” Colombo and the Italian American Civil Rights League’s antagonism of the film comes at the request of Frank Sinatra himself, who believes the character Johnny Fontane is based on him.Alamy

Puzo denied that Fontane was based on Sinatra, but well before the publication of the novel, Sinatra had plenty of other reasons to put Puzo in his crosshairs.

The author had written a critical essay about Sinatra and the Italian American Civil Rights League in the New York Times Magazine, arguing that it was ridiculous to claim that organized crime in America wasn’t controlled by Italian Americans. He also described the League’s activism as “sheer madness” and compared Sinatra to a mafia leader.

Sinatra was roiled for years by rumors that his friendship to gangsters like Chicago mob boss Sam Giancana linked him to the mafia. Many of these rumors closely mirror events from “The Godfather,” such as Vito Corleone convincing a band leader to let Johnny Fontane out of his contract by “making him an offer he couldn’t refuse” — a similar story has been told about Sinatra and big-band leader Tommy Dorsey. There is also the scene where a movie producer find a horse’s head in his bed, as a way to pressure him to cast Johnny Fontane in a war movie; Sinatra’s big break in Hollywood came from his role in “From Here to Eternity”.

Puzo has admitted he took inspiration from the Dorsey story, but he also claimed he knew very little about the mob before writing the book, and based it all on research rather than real life experience. 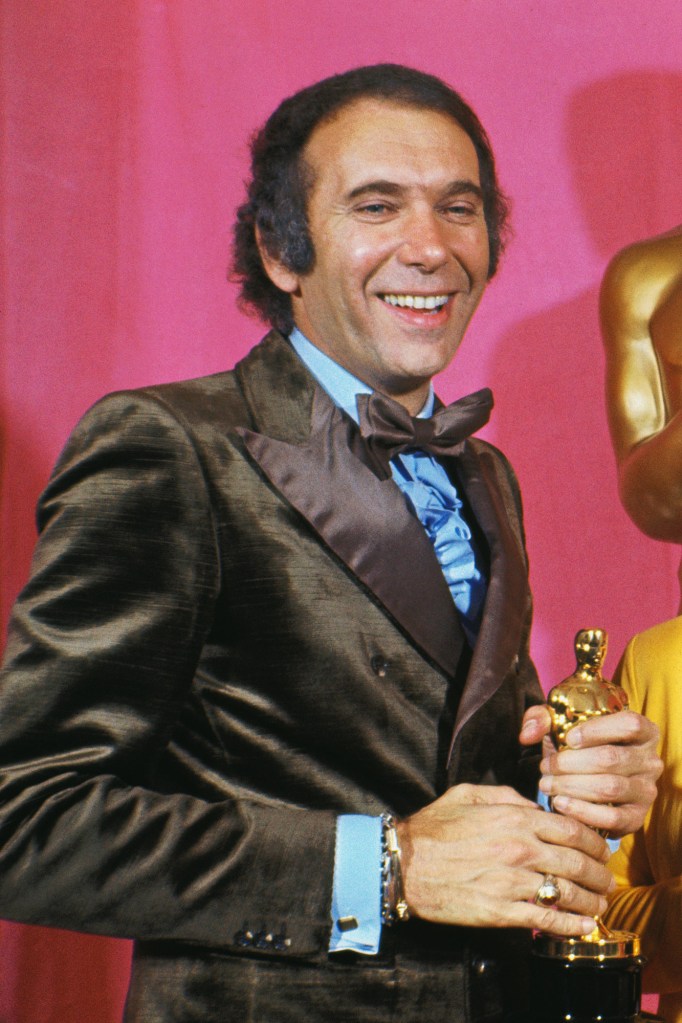 Before making peace with the Italian-American community — including the Colombo crime family — producer Al Ruddy received death threats and was warned by authorities that he was being followed. Bettmann Archive

“I never met a real honest-to-god-gangster,” he wrote in his 1972 autobiography “The Godfather Papers and Other Confessions.” He even based the character of Vito Corleone, played in the film by Marlon Brando, on his mother. The result was a story that was more fantasy than fact.

“’The Godfather’ elevated the mob to the level of myth,” Seal told The Post, “lifting it above the grim realities by telling the story of not merely their crimes but their families.”

The film was denounced by New York Congressman Mario Biaggi. Petitions circulated through the Italian American community urging a boycott of the film, and many businesses and homeowners in the New York City Italian neighborhoods where the movie was largely filmed, refused to allow the filmmakers to shoot on their property. The Teamsters threatened to stop all transportation and deliveries for the production. 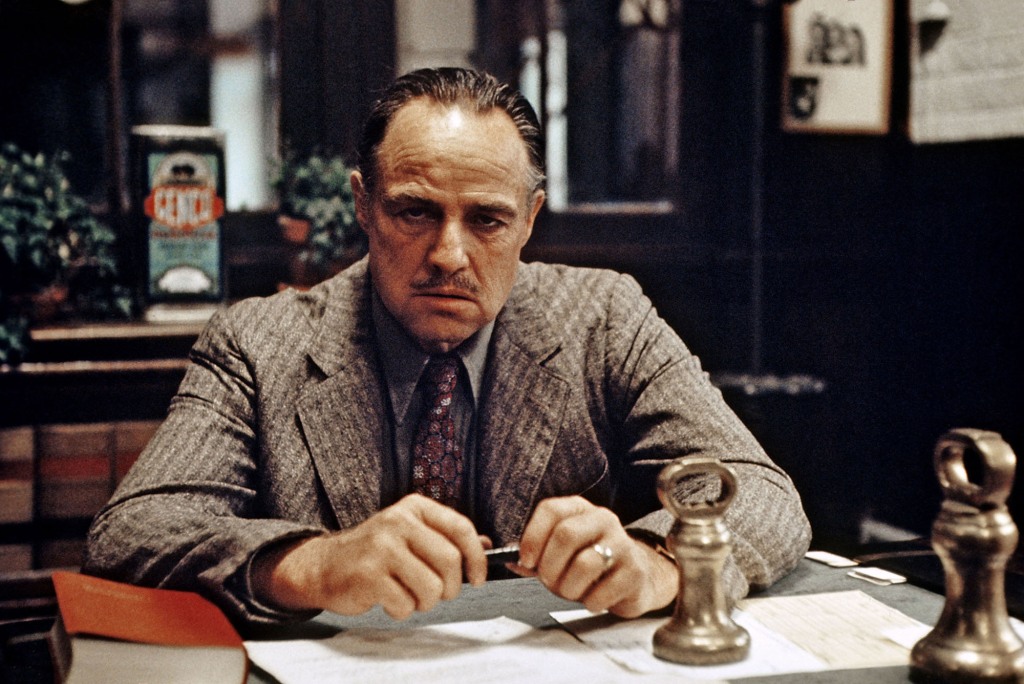 Author Mario Puzo says he based the character of Vito Corleone, played in the film by Marlon Brando, on his mother.Everett Collection

Meanwhile, Ruddy and Robert Evans, the head of Paramount Pictures, received death threats, Ruddy was warned by law enforcement he was being followed, and Betty McCartt, Ruddy’s assistant, had her car windshield shot out. The perpetrators left a note saying they didn’t want the film to be made.

Eventually Ruddy met privately with Colombo and struck a deal: Ruddy would remove all mentions of the words “mafia” and “la cosa nostra” from the script; he would give jobs and parts in the film to League members; and Paramount would donate the proceeds from the premier to the League.

While Ruddy never made good on the last promise, the other two were easy. For. one thing, the word “mafia” only appeared in the script once, so it was easy to get rid of. And the producers and the director were more than happy to invite more Italian Americans, especially ones who understood the mafia, to participate in the production.

“In the making of ‘The Godfather,’ the worlds of the moviemakers and the mob certainly crossed paths,” said Seal, “and the movie is all the better for that.” 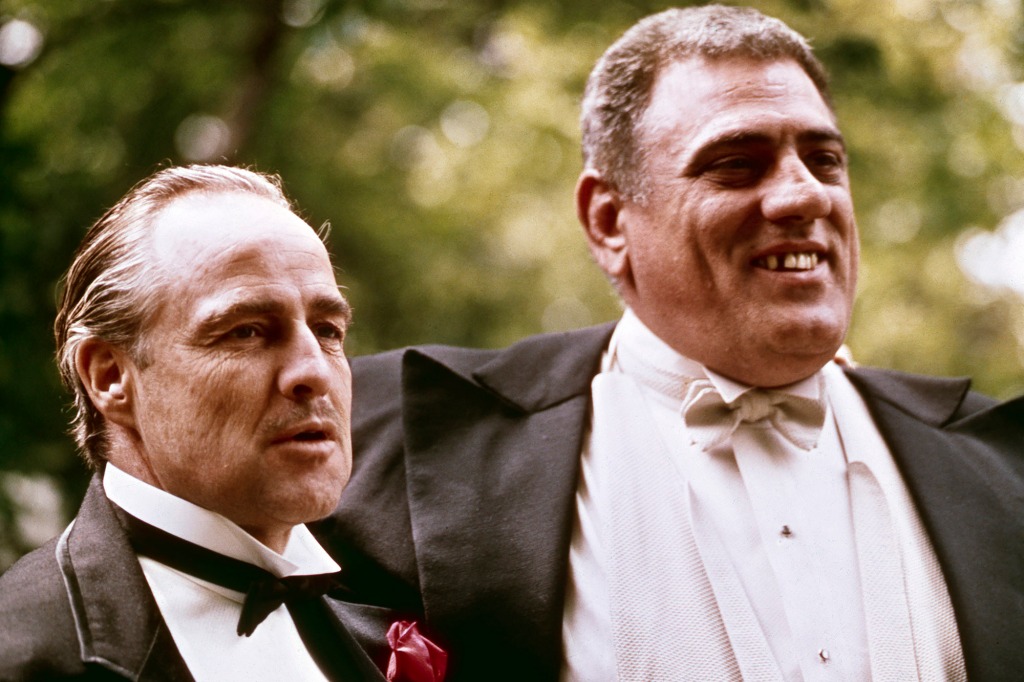 The actors benefitted from having mob guys like Carmine “the Snake” Persico and Andrew “Mush” Russo on set to school them in the culture and traditions of the underworld. Although the decision to cast real-life Colombo family soldier Lenny Montana in the role of fictional Corleone family hitman Luca Brasi may not have been the wisest.

“After Lenny Montana had been cast as Luca Brasi, he was hired by a certain mobster to beat up Al Ruddy,” said “The Offer” showrunner Nikki Toscano. Montana showed up at Ruddy’s doorstep and attacked him, leaving him beaten and bloodied, then showed up for filming the next day.

All was forgiven, however, and Montana filmed one of the most iconic scenes of the movie, where he’s the one beaten and bloodied. Art imitates life, it seems.

After Ruddy’s deal with Colombo became public, Ruddy was fired from the movie. “Colombo put Al in a compromising position,” says Tolkin, “and that really was a crisis.” 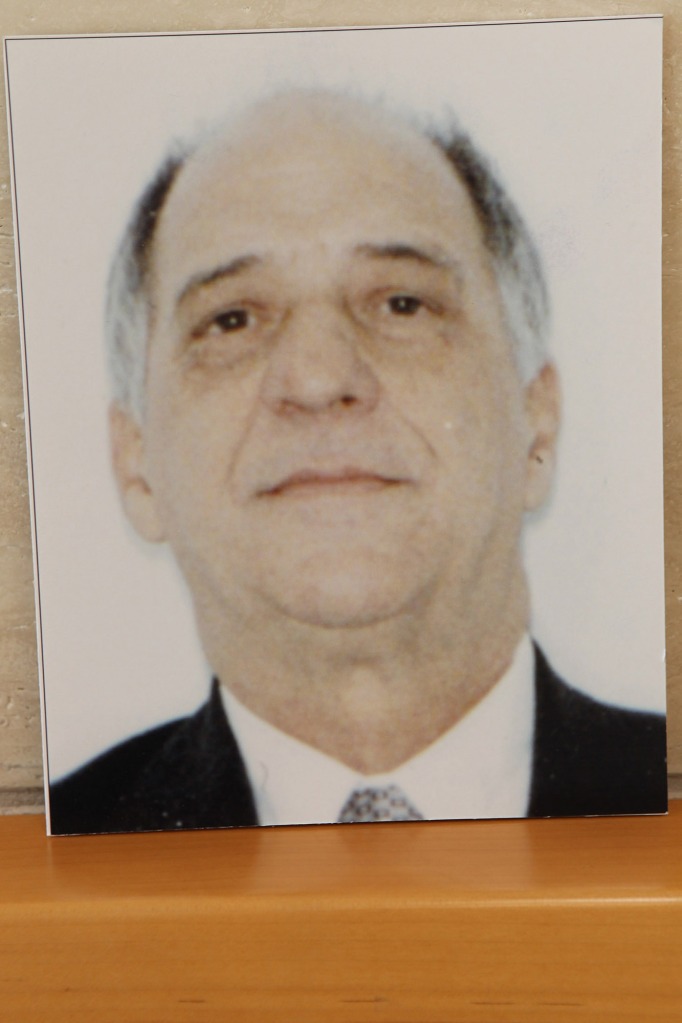 The actors benefitted from having mob guy Andrew “Mush” Russo on set to school them in the culture and traditions of the underworld.Spencer Burnett

Ironically, Colombo and the League again organized the unions and the Italian American community again — only this time to get Ruddy reinstated. It worked, and Ruddy was put back on the film.

It also cemented an unusual bond between Ruddy and Colombo, one that is explored in depth in “The Offer.”

“To have a producer develop such a personal relationship with the guy who was one of the heads of the Five Families is what drew me to the project in the first place,” said Toscano.

Ruddy’s friendship with Colombo helped grease the wheels for the production. League captains visited local residents and urged them to cooperate with the crew. When a homeowner in Staten Island refused to allow the film to shoot on their property, Ruddy called Colombo, who intimidated the homeowner into changing their mind, according to Seal’s book. 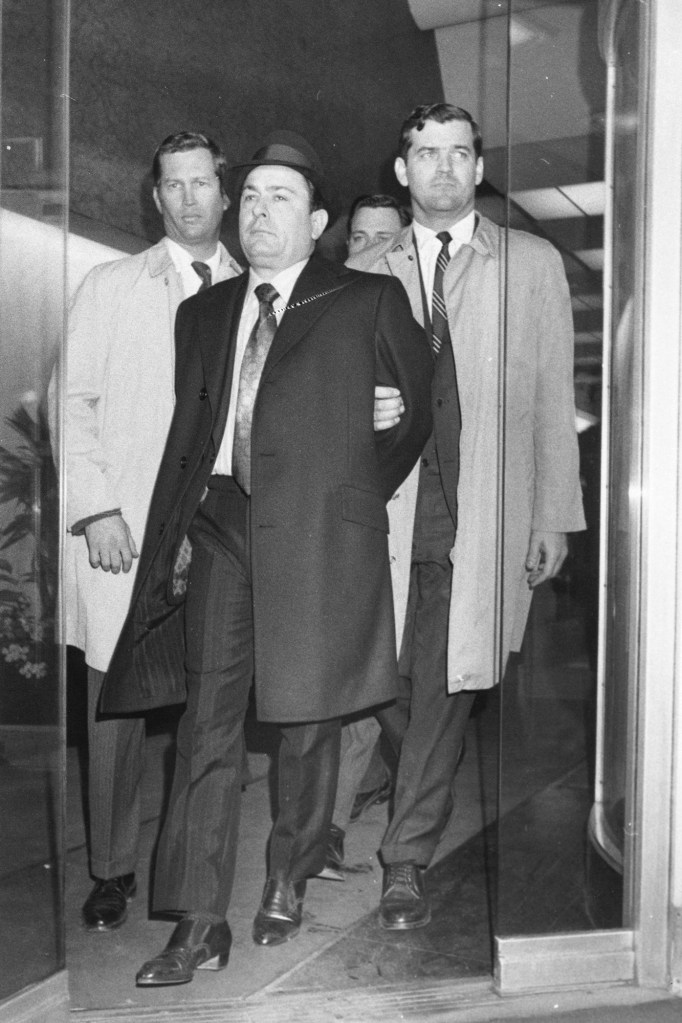 Colombo family crime boss Joe Colombo (center) first tried to stop production on the “The Godftaher” — then turned over and helped it get made.AP

Ruddy defended his deal with the mob in a 1972 interview in Ladies Home Journal by saying, “I don’t think anyone would have been physically hurt. But the picture simply could not have been made without their approval.”

There wasn’t a happy ending for Ruddy, though. Sixty six days into filming “The Godfather,” Joe Colombo was gunned down during a League rally in Columbus Circle. He survived the shooting, but was paralyzed and in a partial coma for the next seven years until he died from cardiac arrest.

“The Godfather” was released while Colombo was still in the hospital, but Al Ruddy kept a promise he made to Colombo to make sure “the boys” would be able to attend the premier. When Paramount refused to allow the mobsters involved in the production to attend, Ruddy snuck out a print of the film and held a private screening for them.

“There must have been a hundred limousines out front,” Ruddy told Seal. 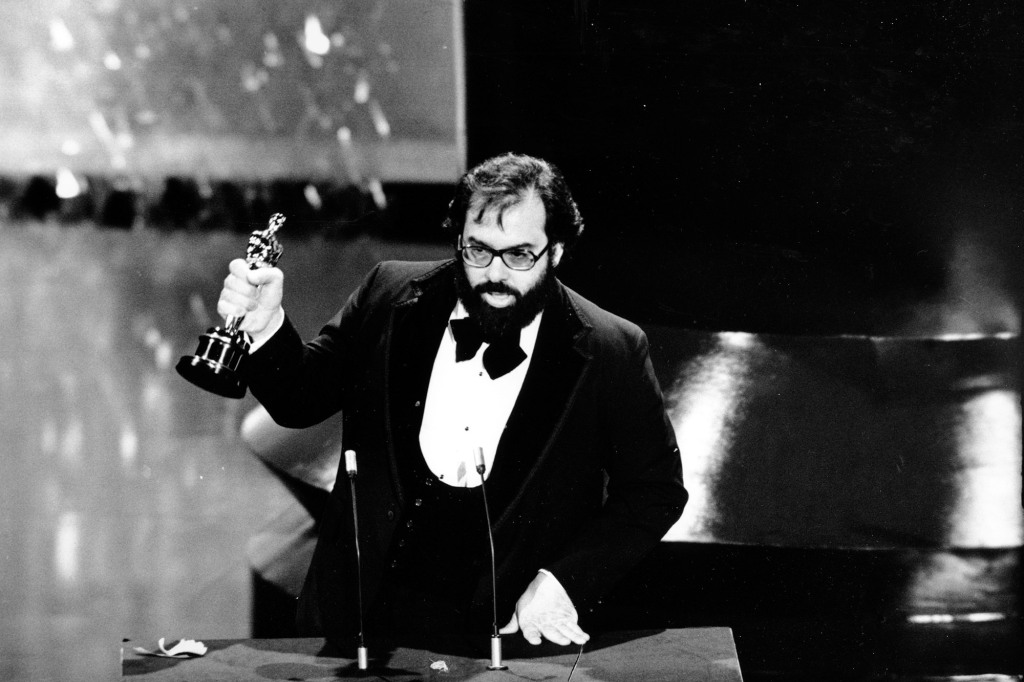 “The Godfather” broke box office records, won three Academy Awards including Best Picture, and is widely regarded as one of the greatest films ever made.

The fictional Corleone family, who was never based on actual mobsters, has become the cultural archetype for a mafia family; so much so that mafia members today look to the film for inspiration, rather than the other way around.

When Jeffery Godlberg interviewed Sammy “the Bull” Gravano for the New York Times in 2000, he asked him if “The Godfather” had any influence on the notorious mafia hitman’s life.

When Goldberg asked Gravano what that had to do with “The Godfather,” Gravano replied ”I only did, like, one murder before I saw the movie.”

Previous post Benzema: We’ll ‘do something magical’ in Madrid

Next post Heat’s Butler (knee inflammation) out for Game 5