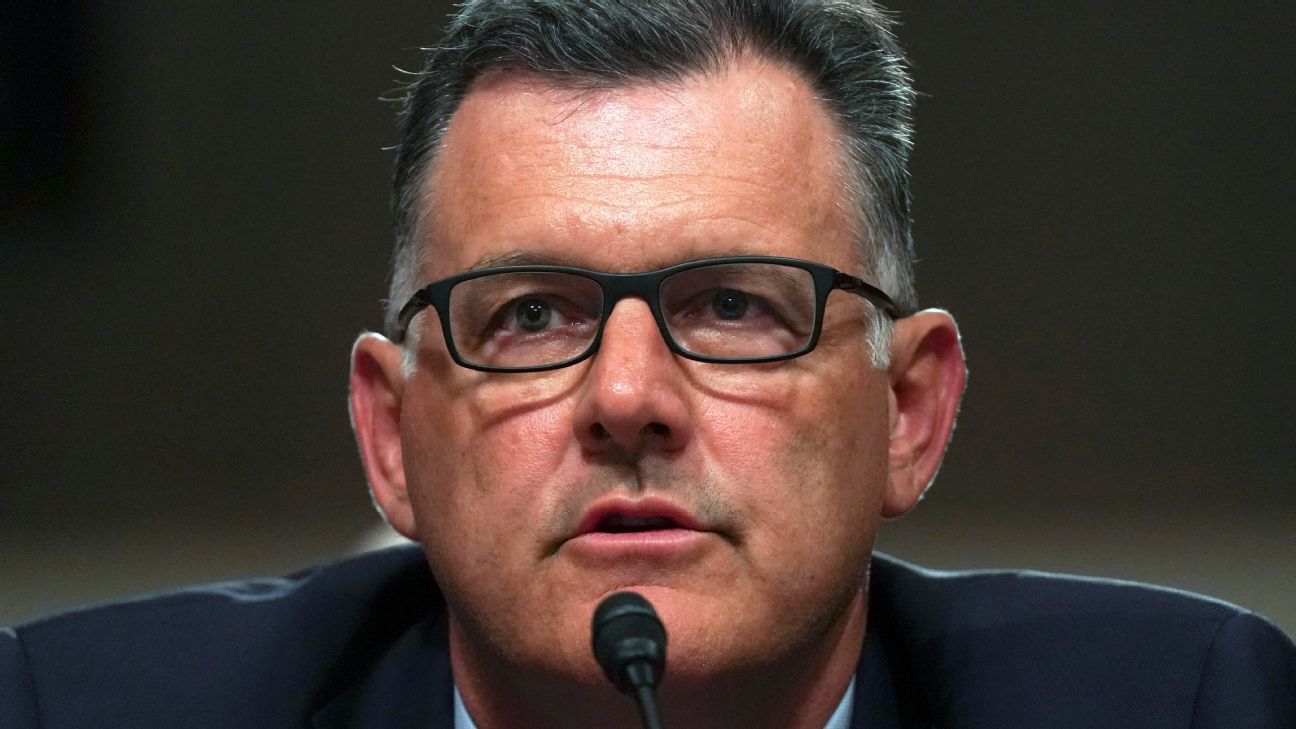 The dismissal closes a chapter in a criminal case in which survivors of disgraced Team USA doctor Larry Nassar’s sexual abuse had hoped to gain a greater degree of accountability from the people they consider to be among Nassar’s many enablers.

Walker County Texas District Attorney Will Durham declined to comment to ESPN on Tuesday, referring a reporter instead to a dismissal letter, filed on April 14, which reads in part, “there is now insufficient evidence to prosecute according to current law and facts present in the case.”

“It’s a very clear picture, one more time, of why survivors don’t report and why abuse is enabled,” said Rachael Denhollander, an attorney and former club-level gymnast, who first reported Nassar’s sexual assaults to police in August 2016.

“Every time survivors see something like this happen it’s retraumatizing. For survivors everywhere, it’s a slap in the face,” Denhollander added.

Penny had resigned as USAG CEO in March 2017. He was originally indicted in September 2018 for tampering with evidence, a third-degree felony in Texas. According to that indictment, Penny was aware in November 2016 of a criminal investigation into Nassar’s serial sexual assaults on Team USA gymnasts at the famed Karolyi ranch near Huntsville, Texas, when he ordered USA Gymnastics employees at the ranch to remove any documents related to Nassar.

Former USAG national team travel manager Amy White told attorneys investigating the case on behalf of the United States Olympic Committee that Penny had ordered her to refuse investigators access to the ranch when they first showed up on November 8, 2016, unannounced and without a search warrant.

White told investigators Penny then instructed her that same day to go to a local department store to purchase a suitcase, large enough to take medical forms, rooming lists, flash drives and anything else with Nassar’s name on it to the USA Gymnastics headquarters in Indianapolis. White told investigators she complied with Penny’s instructions, flying to Indianapolis with the evidence before officers showed up the next day with a search warrant.

Tom Bean, a detective with the sheriff’s office of Walker County, Texas, told ESPN that when he and a member of the Texas Rangers showed up at the Karolyi ranch with a search warrant in hand, the few documents they were able to retrieve appeared incomplete.

“I just knew the documentation we were getting wasn’t what we were looking for,” Bean said.

In a letter sent Tuesday to Walker County District Attorney Will Durham, John Manly, an Irvine, California, attorney representing more than 200 Nassar survivors, wrote, “Mr. Penny knowingly obstructed a police investigation of the worst pedophile in American history and now you and Walker County are letting him get away with it.”

Penny’s attorney, Rusty Hardin, told ESPN on Tuesday that Penny only intended to protect evidence, never to tamper with it, and never saw the documents, which he’d ordered to be brought to Indianapolis.

“There’s not a single living soul right now that will say that Steve Penny ever even saw those documents,” Hardin said.

Penny first learned about complaints about Nassar after a member of the women’s national team raised concerns with a coach in the summer of 2015. Penny then waited more than five weeks before reporting those concerns to law enforcement.

“He misled us from the very beginning,” said John Nichols, father of former national team member Maggie Nichols, who was one of the gymnasts who spoke up about Nassar in the summer of 2015. “If no other than Nassar is held accountable, what’s going to stop this from happening again?”

After reporting Nassar to the FBI, Penny struck up a relationship with former Indianapolis-based FBI special agent W. Jay Abbott, who at the time led the bureau’s investigation of Nassar. Penny went so far as to recommend Abbott for a soon-to-be-vacant security job with the USOC.

A Department of Justice inspector general’s report published last summer cited a meeting between Penny and Abbott as an example of “extremely poor judgment” for a law enforcement officer.

The FBI investigation into complaints about Nassar languished for more than a year before Denhollander’s report to police in Michigan ended Nassar’s medical career. The inspector general’s report estimates that at least 70 girls and young women were abused during that gap in time.

Earlier this month, 13 survivors who say they were abused by Nassar after the 2015 reports to the FBI took the first steps toward suing the bureau for negligence. The Department of Justice’s inspector general found that FBI officials seriously mishandled the Nassar investigation, according to the report published last summer.

The Department of Justice initially declined to charge any FBI agents with a crime, but is reconsidering that decision. In a Senate hearing Tuesday morning, U.S. Attorney General Merrick Garland said his department is continuing to review the matter and called the FBI’s handling of the case “a horrible institutional failure.”

Previous post Want to 3D print a kidney? Start by thinking small: Computational model aims to accelerate microfluidic bio-printing that opens up a pathway for 3D printing any kind of organ at any time