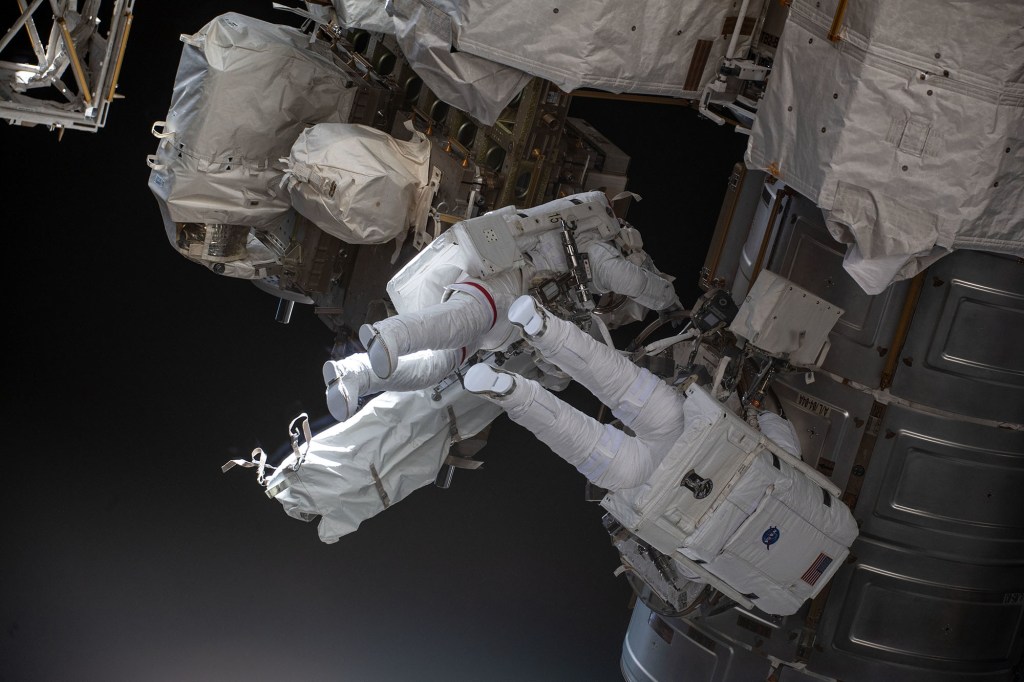 NASA Astronauts Raja Chari and Kayla Barron exited the airlock at 8:12 a.m. ET to assemble and install modifications kits to support solar array upgrades on the station. The kits will support the second pair of six ISS Roll-Out Solar Arrays (iROSA). The iROSAs are part of the plan to upgrade the ISS power system over the next year and a half.

During a spacewalk in June, NASA astronaut Shane Kimbrough and ESA European Space Agency astronaut Thomas Pesquet unfurled the first two iROSAs outside the space station. The solar arrays roll up like a carpet for launch and then unroll when released in space.

Barron and Chari spent about 6 hours and 54 minutes outside the ISS for the installation on Tuesday. Barron could be identified on NASA TV because she was wearing a suit with red stripes. Chari’s suit did not have stripes. 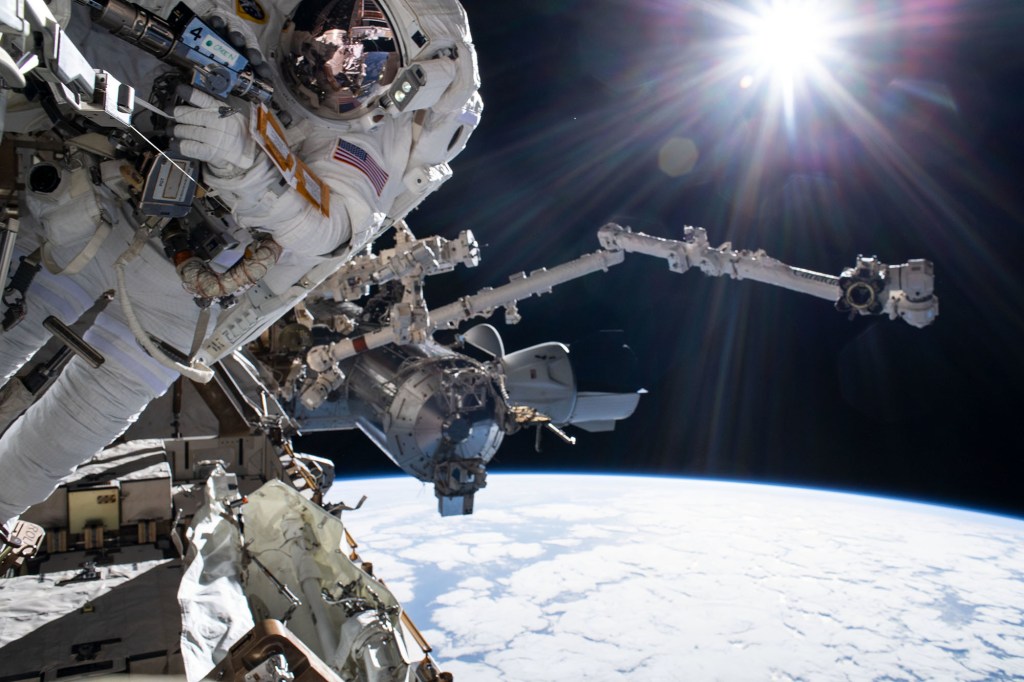 NASA spacewalker Raja Chari is pictured tethered to the station.NASA

The duo finished their work in the vacuum of space at 3:06 p.m.

Barron and Chari are part of the 2017 NASA astronaut class, nicknamed the turtles. Barron posted to Instagram Monday, saying after “4.5 years training and working alongside one another [Chari] and I are feeling ready and excited for the first all-turtle spacewalk!” 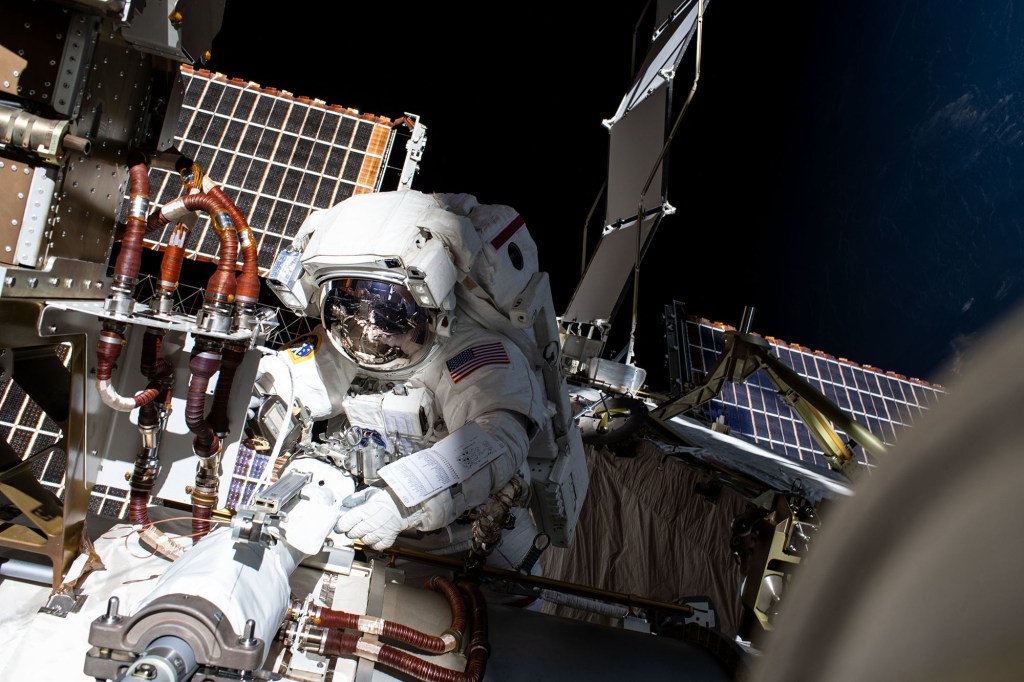 The spacewalk was Barron’s second and Chari’s first.

Tuesday’s spacewalk is one of two planned this month, and a second will be conducted on March 23. 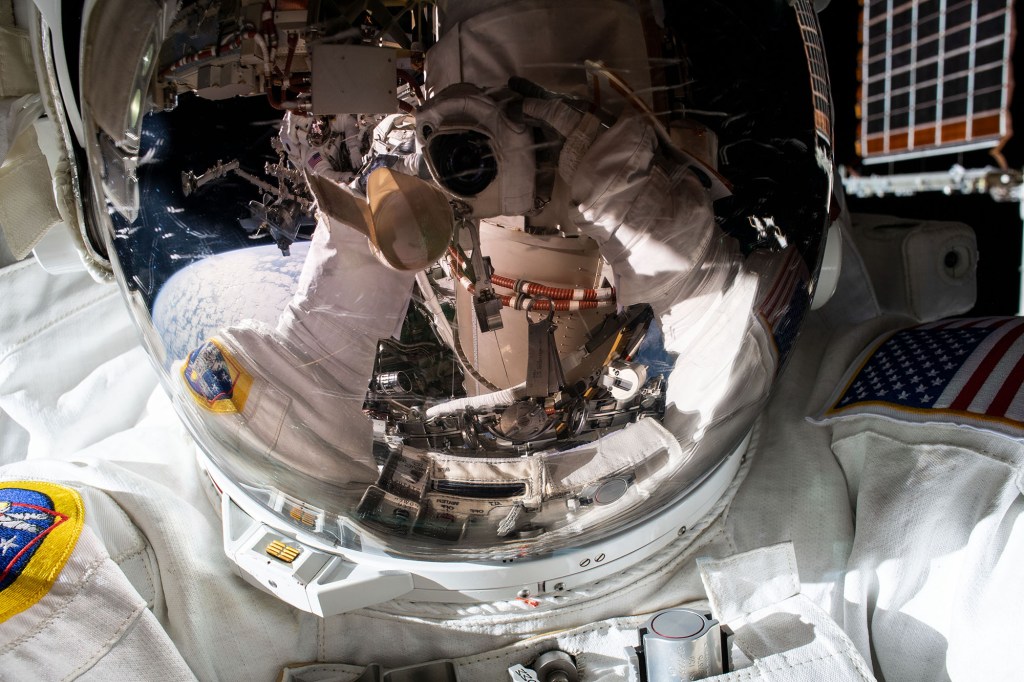 Next week astronauts will install hoses outside the ISS to keep the station’s systems at the proper temperature as well as install a power and data cable on the Columbus module’s science platform and replace a camera on the station’s truss.

For the March 23 spacewalk, NASA managers said the astronauts would be assigned after Tuesday’s EVA is complete.