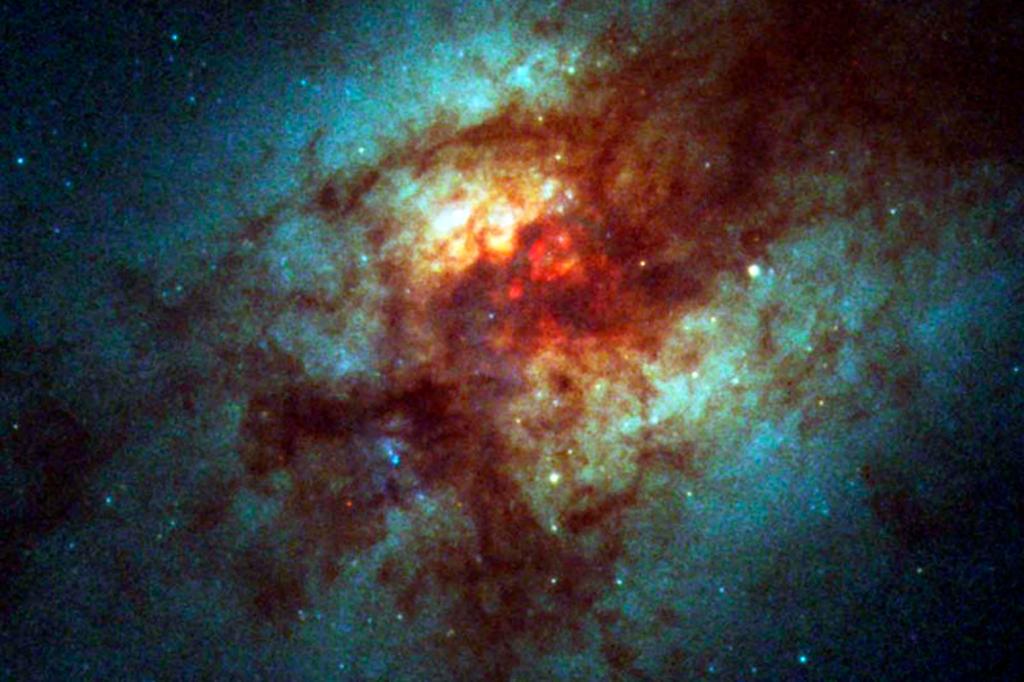 A powerful space laser emitted from a distant galaxy has been discovered by astronomers.

The beam of radio waves is what scientists call a “megamaser” and this one is the most distant yet, emerging 5 billion light-years from Earth.

It was detected by an international team of scientists using South Africa’s “MeerKAT,” a radio telescope consisting of 64 antennas.

“Megamasers act like bright lights that say: Here is a collision of galaxies that is making new stars and feeding massive black holes,” said study co-author Jeremy Darling, of the University of Colorado.

When galaxies merge, the gas they contain becomes extremely dense, producing a specific radio signal known as a maser.

The unearthing of the most distant megamaser to date was described by Darling and colleagues in a research paper published last week.

To reflect its status as a record-breaking, the team named the space laser Nkalakatha – an isiZulu word meaning “big boss”.

“Nkalakatha is one of the most powerful OH megamasers known, and it’s the most distant megamaser of its kind ever discovered, so it is truly a ‘big boss,’” said study coauthor and Rutgers University astronomer Professor Andrew Baker.

“We expect it is only the first of many OH [hydroxyl] megamasers that will be discovered as the project continues.” 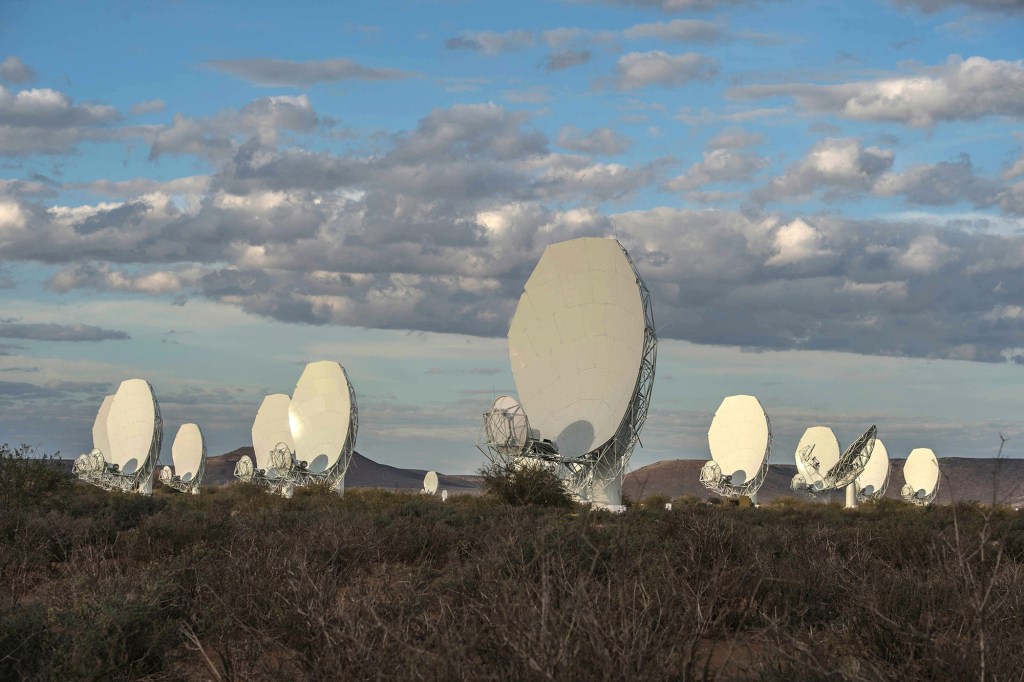 A general view of one of a 64-dish radio telescope system is seen during an official unveiling ceremony on July 13, 2018 in Carnarvon. AFP via Getty Images

Rather than emitting visible light, a maser emits microwave and radio wavelengths that are amplified by cosmic forces.

Once the team established that they had a megamaser on their hands, they began the hunt for the galaxy it came from.

They found that the Nkalakatha galaxy is about seven billion light-years away and has a long tail on one side, visible in radio waves.

The light from the megamaser was emitted about five billion years ago when the universe was only two-thirds of its current age.

The main goal of the MeerKAT project is to use make observations of gas in distant galaxies to help understand how galaxies have evolved over the last nine billion years.

Because these radio signals are faint, the researchers aim to obtain thousands of hours of observations with MeerKAT to detect them.

The data are crunched by powerful computers to help unearth signs of distant and ancient objects of interest.

“MeerKAT will probably double the known number of these rare phenomena,” Darling said.

“Galaxies were thought to merge more often in the past, and the newly discovered OH megamasers will allow us to test this hypothesis.”

Next post Middle ear fluid common in kids on ventilators