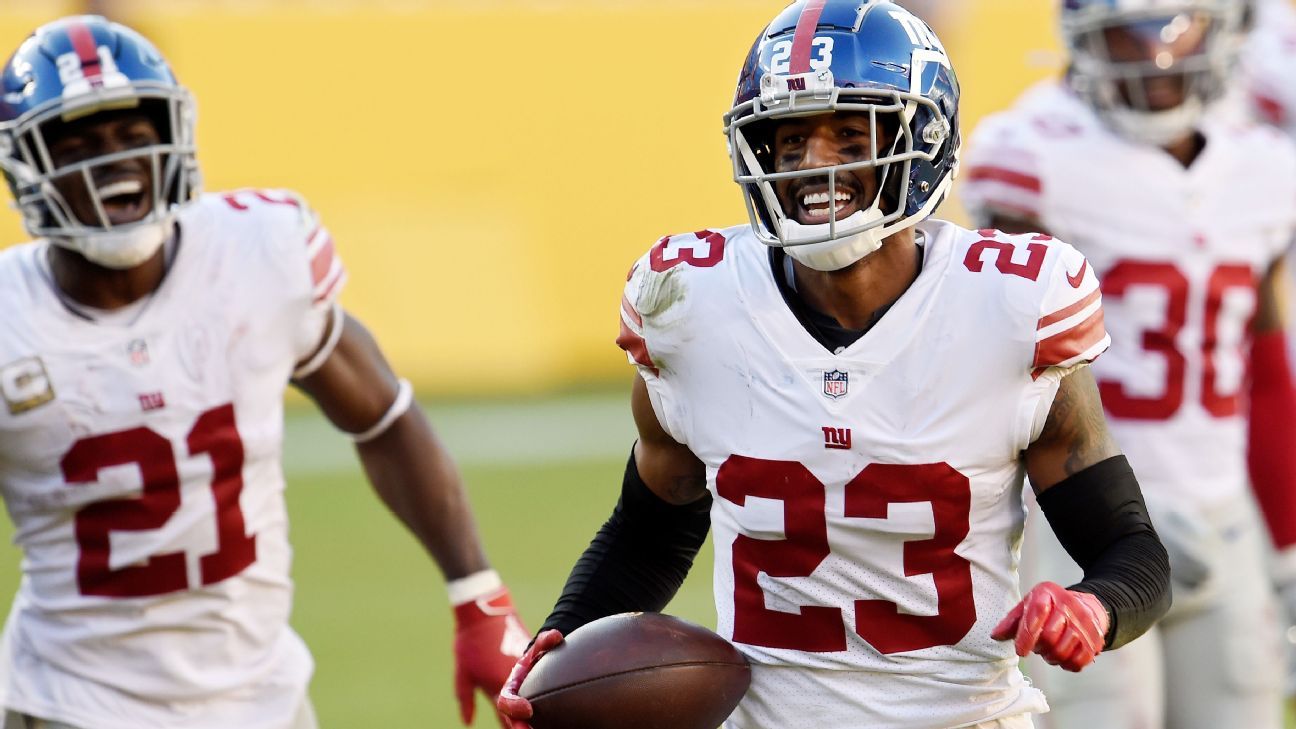 Veteran safety Logan Ryan is rejoining his former Patriots teammate Tom Brady in Tampa Bay less than 24 hours after being released by the Giants, a source confirmed to ESPN’s Jordan Raanan.

The move gives Ryan a chance to join a contending team after two rough years with the Giants. Ryan was a team captain and, at times, the defensive play-caller.

The Bucs did not extend an offer to starting safety Jordan Whitehead, who departed for the Jets. Ryan fills that role, and more, given his time at both cornerback and safety. Ryan also gives them a veteran presence on the back end that they needed and got briefly with Richard Sherman.

The Bucs wanted Ryan two years ago as a free agent and even had discussions with him about playing in Tampa, when Brady first arrived, but both sides weren’t able to make it work, sources told ESPN’s Jenna Laine.

Ryan, 31, was brought in as a favorite of former Giants coach Joe Judge, who had worked with him in New England. Ryan was signed in the summer 2020 and received a contract extension that was announced on Christmas Day later that year.

The New Jersey native who attended Rutgers had 92 tackles in his first season with the Giants, second on the team behind Blake Martinez. He also added three forced fumbles.

The team’s Walter Payton Man of the Year nominee finished with a career-high 117 tackles this past season. The only two games he missed were because of COVID-19.

Ryan is owed $5.5 million from the Giants for this season, so the belief is that his signing will be around veteran minimum. He signed a three-year contract extension worth up to $30 million just 15 months ago. It included $11.5 million guaranteed.

Releasing Ryan saved the Giants a little less than $800,000 against the salary cap, a source said. It’s believed the release of the former team captain has more to do with the Giants being in the midst of a defensive reset than with cap space.

The news of Ryan joining the Buccaneers was first reported by the NFL Network.

Information from ESPN’s Jordan Raanan and Jenna Laine was used in this report.

Next post Source: Watson teams down to Falcons, Saints

On Monday, United States midfielder Weston McKennie completed a loan move from Juventus to Premier League club Leeds United, where he’ll play with fellow U.S. internationals Brenden Aaronson and Tyler Adams under an American coach, Jesse Marsch. For McKennie and Adams, however, it’s a reunion of two teammates who go way back.- Stream on ESPN+:…

Candace Parker stunned the basketball world two years ago when she decided to leave the Los Angeles Sparks — the franchise that had drafted her over a decade earlier — to play for her hometown team in the Chicago Sky. At the time, the move marked arguably the most seismic free-agency decision in the two-decade…

Jan 29, 2023M.A. VoepelESPN.com CloseM.A. Voepel covers the WNBA, women’s college basketball, and other college sports for espnW. Voepel began covering women’s basketball in 1984, and has been with ESPN since 1996.Free agent forward Breanna Stewart has narrowed her choices down to staying with the Seattle Storm or going to the New York Liberty, sources…

Sara Holmgaard of Everton and Jamie Finn of Birmingham City fight for the ball on Sunday, Jan. 29. Birmingham City provided a quintessential fourth-round FA Cup upset against Everton. Emma Simpson/Everton FC via Getty ImagesOK, you know what’s coming. Say it with me: “The Magic of the Cup.” Across the 16 fourth-round ties played over the…

There’s one game left in the 2022 NFL season, as the Kansas City Chiefs and Philadelphia Eagles will square off in Super Bowl LVII. That means the offseason is quickly approaching. And the first big milestone in preparation for the 2023 season is free agency.We asked our NFL Nation writers to pick the one player…

I’m not going to waste your time. Because this is your time.Your fantasy time. Even better: your fantasy basketball time.And right now… is a pivotal time in your season. The time to make your playoff push. The time for you to take some extra time to look, plan… then act.Sign up for free fantasy baseballThe…