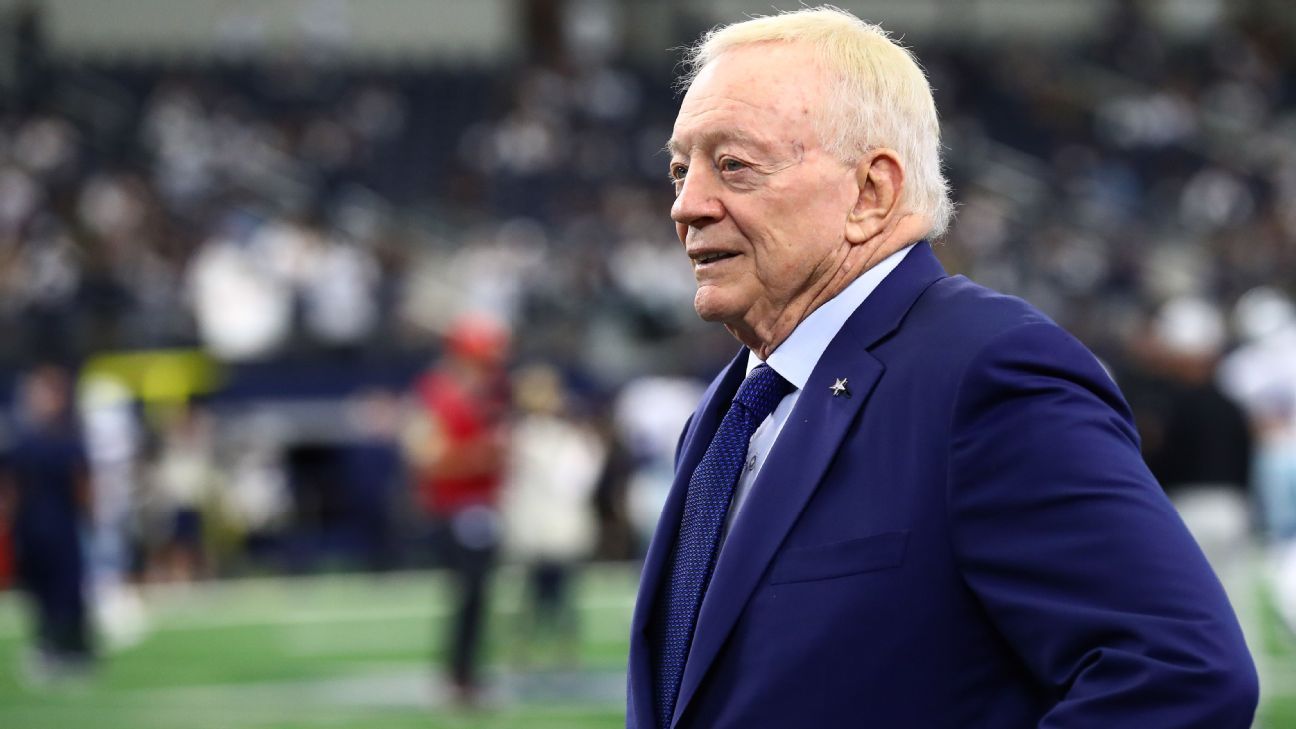 Dallas Cowboys owner and general manager Jerry Jones was involved in a minor car crash Wednesday night in Dallas and taken to a local hospital for precautionary measures, a source confirmed to ESPN.

Cowboys executive vice president Stephen Jones said in a text message to ESPN that his father was back home and “all good.”

WFAA, citing multiple Dallas police sources, reported that Jones was in a crash just before 8:10 p.m. CT near Wolf and Harry Hines Boulevard. Emergency crews were called to the scene, and Jones reportedly suffered minor injuries.

A Dallas police spokesperson said the department doesn’t give the names of people involved in crashes unless there is a fatality.