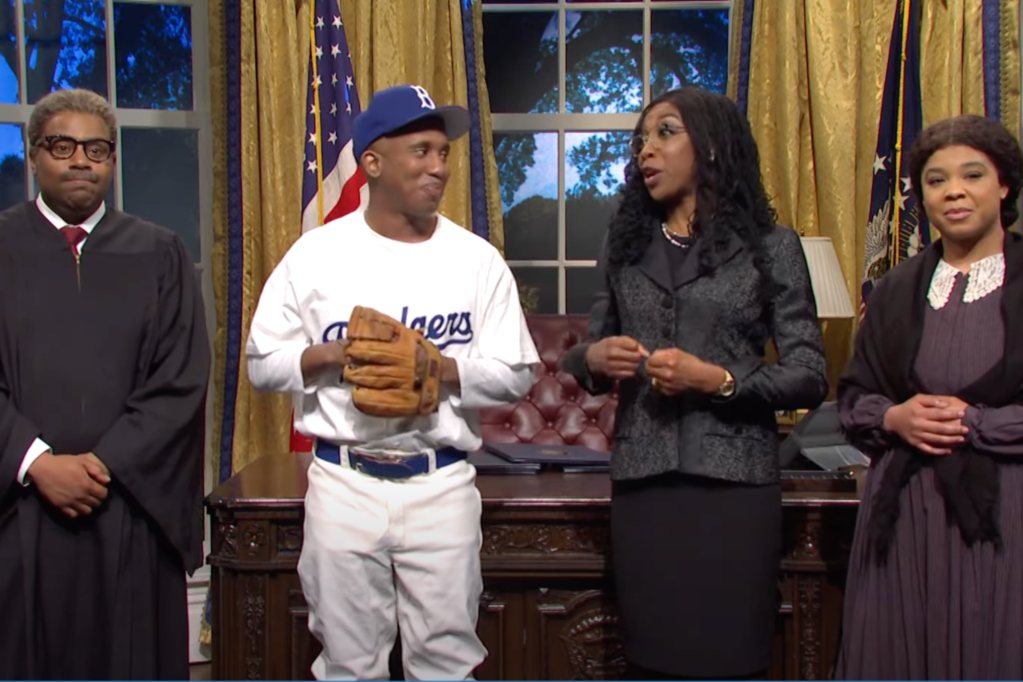 “Saturday Night Live” paid tribute to future Supreme Court Justice Ketanji Brown Jackson in a cold open that had her visiting the ghosts of historical figures in the Oval Office.

Jackson, played by Ego Nwodim, was greeted by James Austin Johnson’s President Joe Biden, who she teased about not being able to pronounce her name.

“I’m shocked I was able to say it one time slow,” Johnson admitted, before bragging about fulfilling his campaign promise to place a black woman on the nation’s highest court.

“One campaign promise down, 74 more to go,” the fake Biden cracked.

“I was happy to do my part. Work twice as hard as white man all my life, then spend a week listening to Ted Cruz call me a pedophile,” the new justice said of her contentious confirmation hearings.

Biden then left Jackson in his office to commune with the spirits of Americans that paved the way for her historic confirmation. 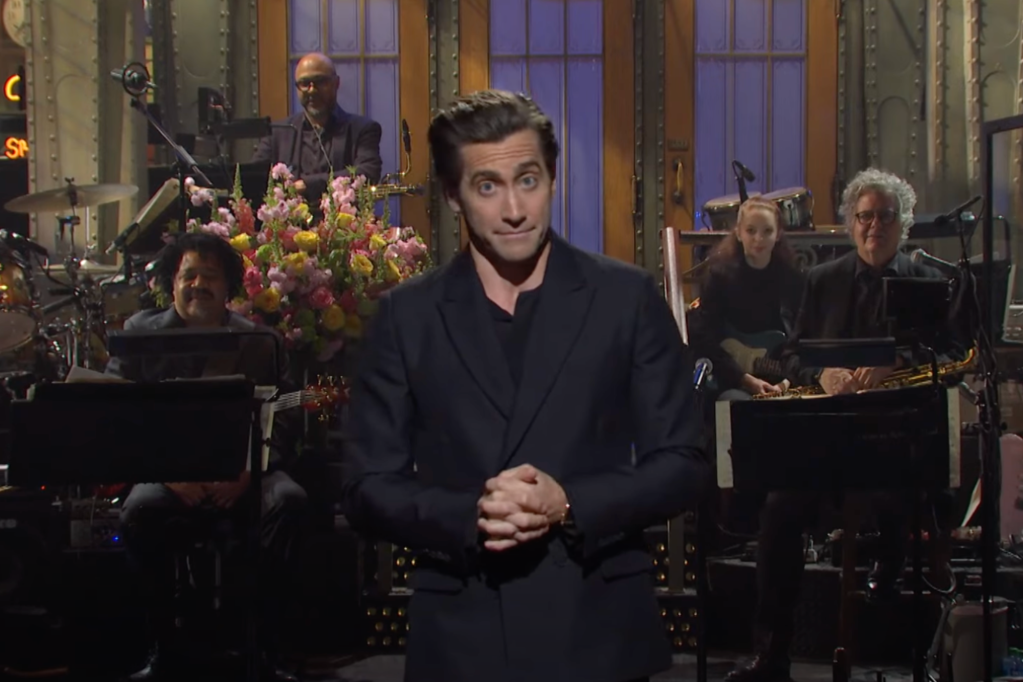 After the opening, host Jake Gyllenhaal, 41, lamented that he hadn’t hosted the NBC show since 2007, when he was promoting “Brokeback Mountain,” and was worried that he forgot how to do it.

His nerves quickly gave way to confidence as he launched into a soaring rendition of “It’s All Coming Back to Me Now” by Celine Dion. 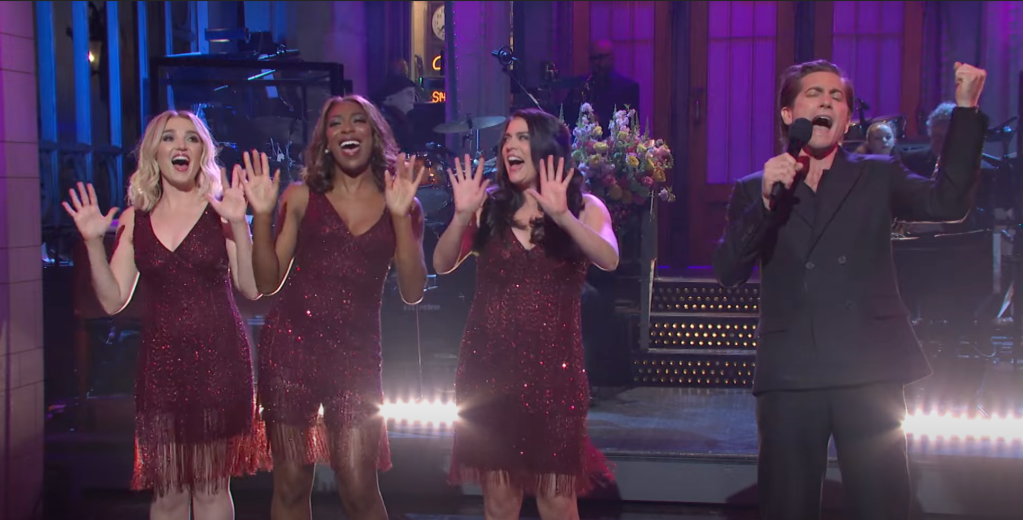 Jake Gyllenhaal poked fun at his 2007 monologue, in which he dressed in drag and sang a rendition of “And I Am Telling You I’m Not Going” from “Dreamgirls.”YouTube/ Saturday Night Live

Kenan Thompson hosted a game show called “Why’d You Like It,” where contestants were put on the spot to reveal the true nature of why they liked specific Instagram posts.

Under interrogation, Gyllenhaal eventually spilled the beans about why he double tapped a thirst trap photo of an attractive woman in a bikini.

“I guess some part of me thought that if I liked it she would see that I liked it and then she would follow me back and then we’d DM and then maybe at some point, I don’t know, she’d want to have sex with me,” Gyllenhaal admitted.

“Just to be clear your girlfriend is here tonight,” Thompson said.

“You are a stupid man,” Nwodim, playing his girlfriend, angrily chided.

In a pre-taped sketch, Gyllenhaal and Mikey Day played reality show renovators that were forced to alter their plans for Heidi Gardner’s dream house to please the overbearing religious mother of her “quiet milquetoast husband Pat — who is deeply uncomfortable on camera,” feebly played by Austin Johnson. 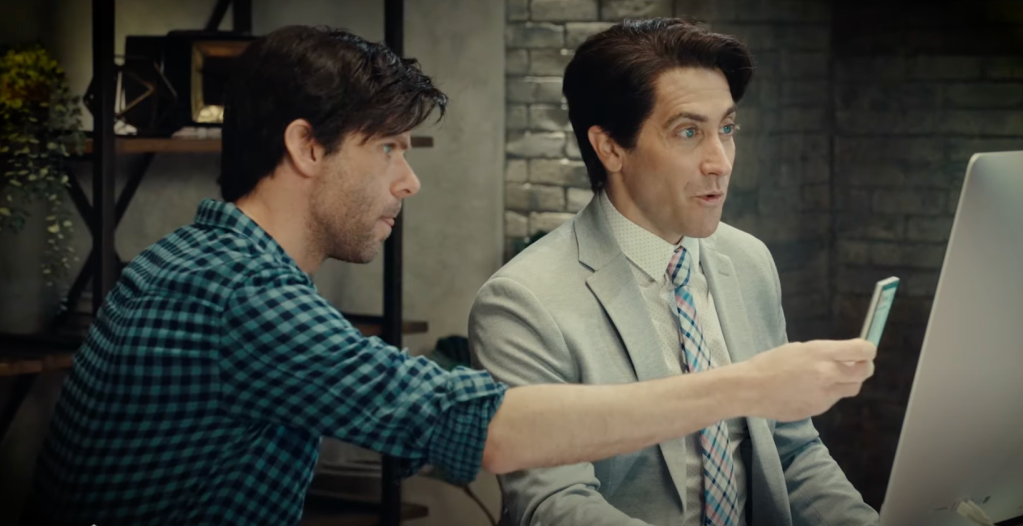 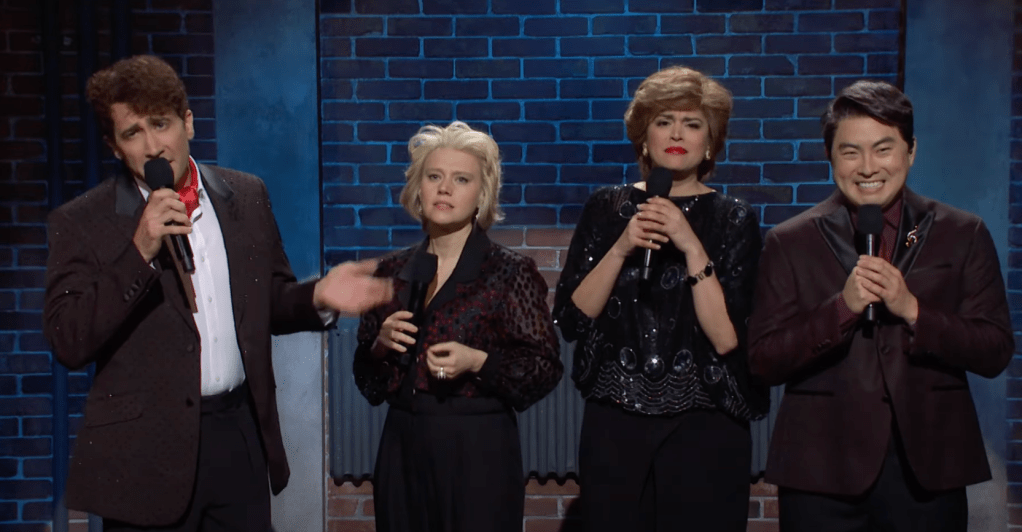 “It looks like you’re having sex with his head,” Melissa Villaseñor said to Bowen Yang’s busy bumble bee.

“I basically squeeze a load of goop out of my butt then people eat it,” he explained. “Pretty kinky right?”

“Weekend Update” took aim at the week’s political events in a series of “news” stories delivered by Colin Jost and Michael Che.

Jost noted that at least 50 high-ranking Washington DC officials came down with COVID-19 after attending an elite dinner party.

The fox that was attacking lawmakers and journalists at the US Capitol “contracted rabies when it was bitten by Marjorie Taylor Greene,” he joked.

Che noted that former President Donald Trump said he would have stormed the building on Jan. 6 last year but he was prevented from attending the riot by the Secret Service.

“Also keeping him from storming the Capitol: steps. Too many steps,” Che quipped to a picture of the Capitol’s grand entrance.

The comics, who hosted the Emmys in 2018, joked that forcing Will Smith to host the Oscars next year would be a better punishment than banning him from the four-hour ceremony.

Gyllenhaal then retook center stage, portraying a sickly Doc Holiday who was no longer quick on the draw in a spoof of “Wyatt Earp,” and a man in couple’s counseling whose therapist had her own relationship issues.

“Bitch I told you not call me while I’m working,” Punkie Johnson’s shrink yelled at her jilted lover. “Oh really, you gonna shoot me?! I’d like to see you try! It’s on sight!”

“Don’t go forgetting which cup is a drink and which cup is full of piss,” the actor sang as he steered his big rig.

Lizzo is slated to perform double duty next week as first-time host and returning musical guest.

“SNL” star Pete Davidson was once again absent from the live show.