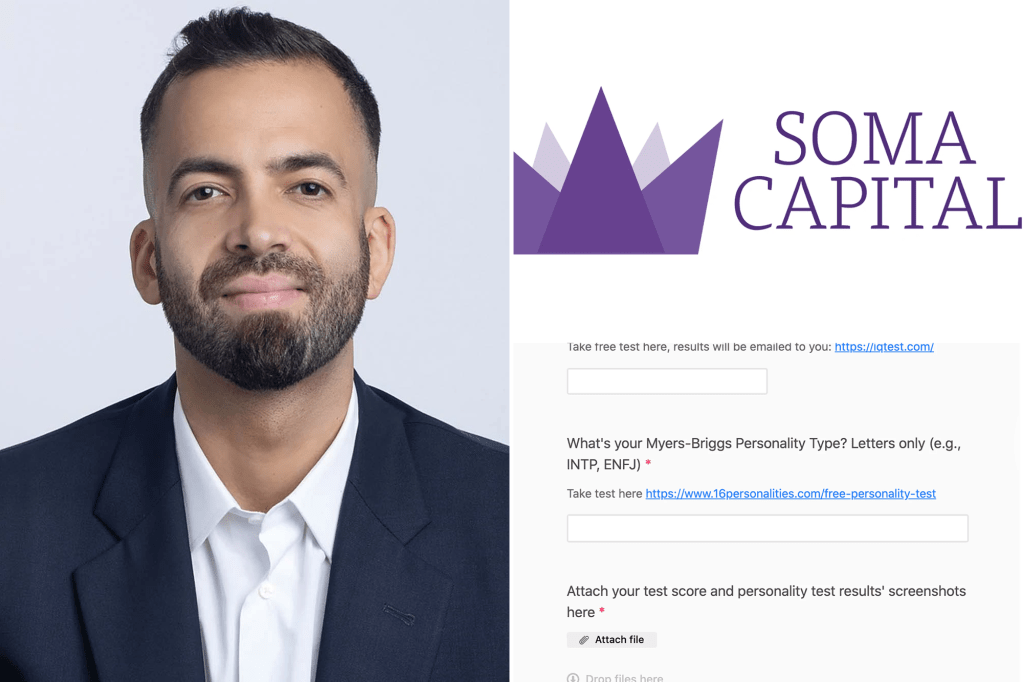 A Silicon Valley venture capital firm is in the hot seat after asking job applicants for their scores on an IQ test — even though hiring based on IQ is legally questionable.

The listing required applicants to go to a website called iqtest.com, take a free test and include their score.

Applicants were also told to take what the company said was a Myers-Briggs personality test on a website called 16personalities.com and share their personality type, which includes categories such as “extraversion” versus “introversion” and “sensing” versus “intuition.”

But after screenshots of the job listing circulated on Twitter on Monday, Soma Capital removed the questions.

In a phone call with The Post, Soma Capital’s managing partner Aneel Ranadive blamed the job listing on an intern.

“Basically I just saw this post that an intern put up,” Ranadive, who’s the son of Sacramento Kings owner Vivek Ranadive, told The Post. “I was horrified to see that. I had the team take it down immediately.”

“They’re in trouble,” Ranadive said of the intern, adding, “I take responsibility for my team.”

Under the Civil Rights Act of 1964, using IQ tests could violate the law if the tests are shown to have a disproportionate impact on racial minorities or women, and are job-related, New York University School of Law Professor Samuel Estreicher told The Post. 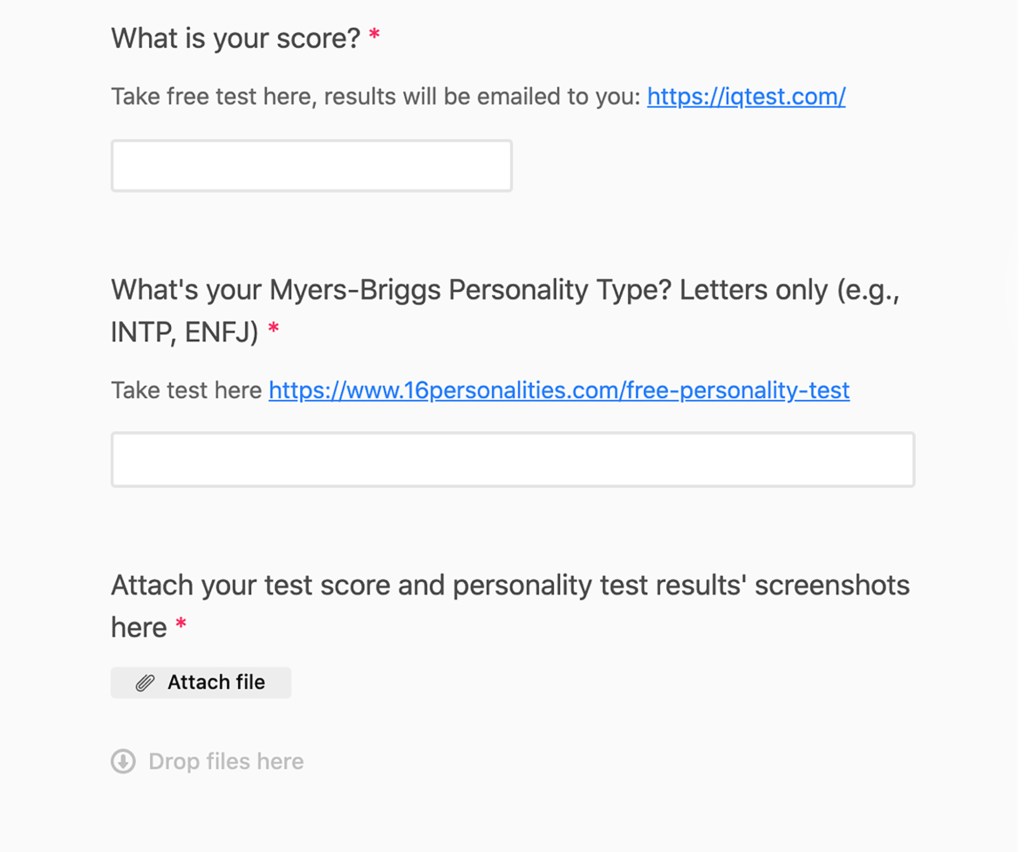 Soma Capital required job applicants to include their IQ scores and what it said was a Myers-Briggs personality test, which the Myers-Briggs company later said wasn’t legitimate.

Estreicher added that the use of IQ and Myers-Briggs tests also risks violating the Americans with Disabilities Act, which bars companies from requiring applicants to take mental or physical examinations prior to offering them jobs.

“To avoid legal risk, companies shouldn’t rely on these tests,” Estreicher said. “They should just be talking to job applicants.”

Lydia Brown, a policy counsel at advocacy group the Center for Democracy and Technology, said trying to quanitfy an applicant’s intelligence is a ” rather slippery concept.”

“Employers need to really carefully consider whether their test is actually measuring a quality or trait that is necessary to perform the job — and that’s a legal standard,” Brown told The Post.

Ranadive said he was “hugely apologetic” for the IQ and Myers-Briggs questions and that they are “not what Soma stands for.”

“We want mission-driven, thoughtful teammates from diverse backgrounds and I believe the best way to suss that is through writing and conversations,” he said. “The most legendary entrepreneurs of all time come from unexpected, unique, diverse backgrounds.”

After The Post published the initial version of this story, a spokesperson from the Myers-Briggs Company said that the 16personalities.com test was not an official version of the Myers Briggs Type Indicator Test and that the company does not endorse using its test as a hiring tool.

Previous post Dolly Parton wants to rock you: how the music industry plans to make it happen