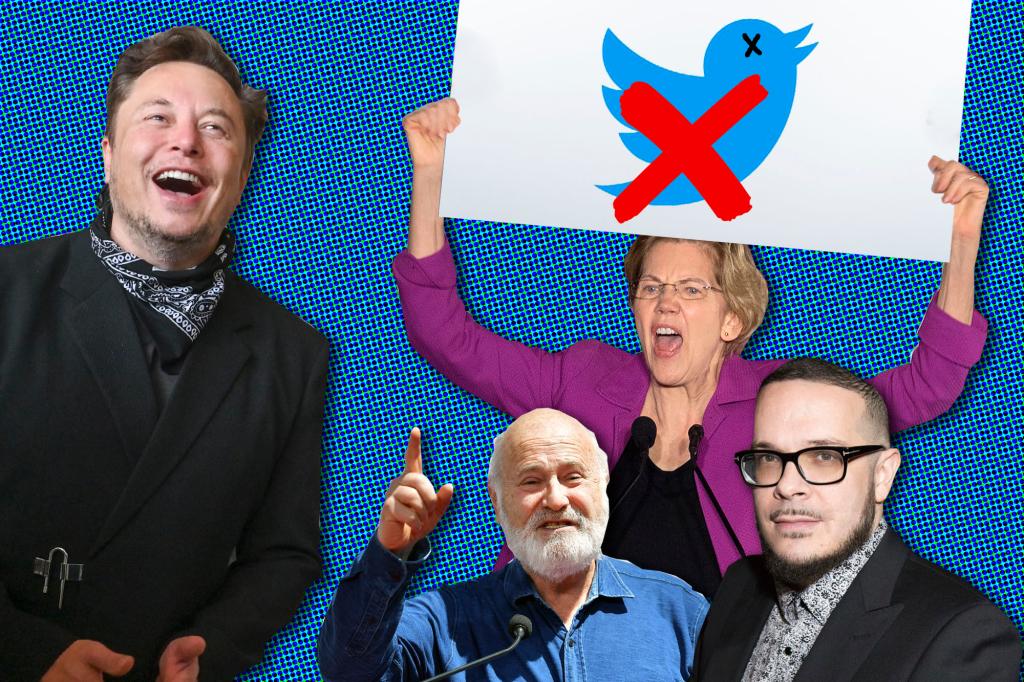 Outraged liberals were fleeing Twitter left and right Tuesday in the wake of Elon Musk’s $44 billion takeover — as prominent progressives claimed the social-media platform would become a “hellhole” with the billionaire Tesla and SpaceX CEO at the helm.

Black Lives Matter activist Shaun King appeared to have quit the platform after labeling the billionaire’s purchase a show of “white power” — only to resurface early Tuesday to lash out at conservatives, including Donald Trump Jr., who were celebrating his absence.

“At its root, Elon Musk wanting to purchase Twitter is not about left vs right. It’s about white power,” King had tweeted before Twitter’s board of directors accepted the billion-dollar bid.

King, who claimed he never deleted his account, only tightened security measures, clapped back at Trump Jr. after the former first son quipped that the activist’s absence from Twitter would alone be worth $44 billion. 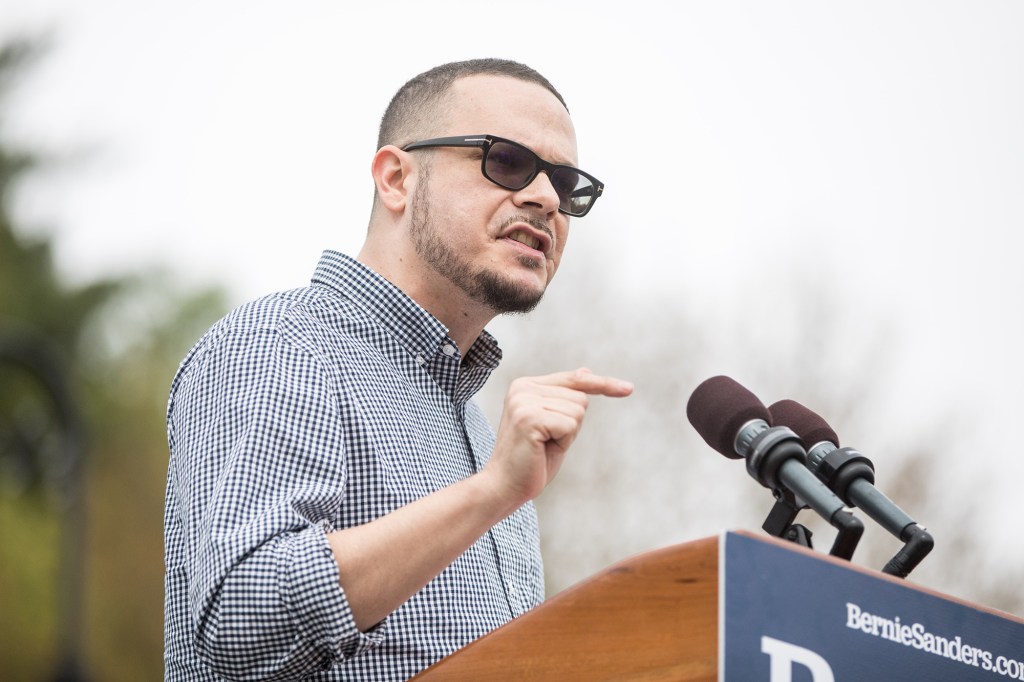 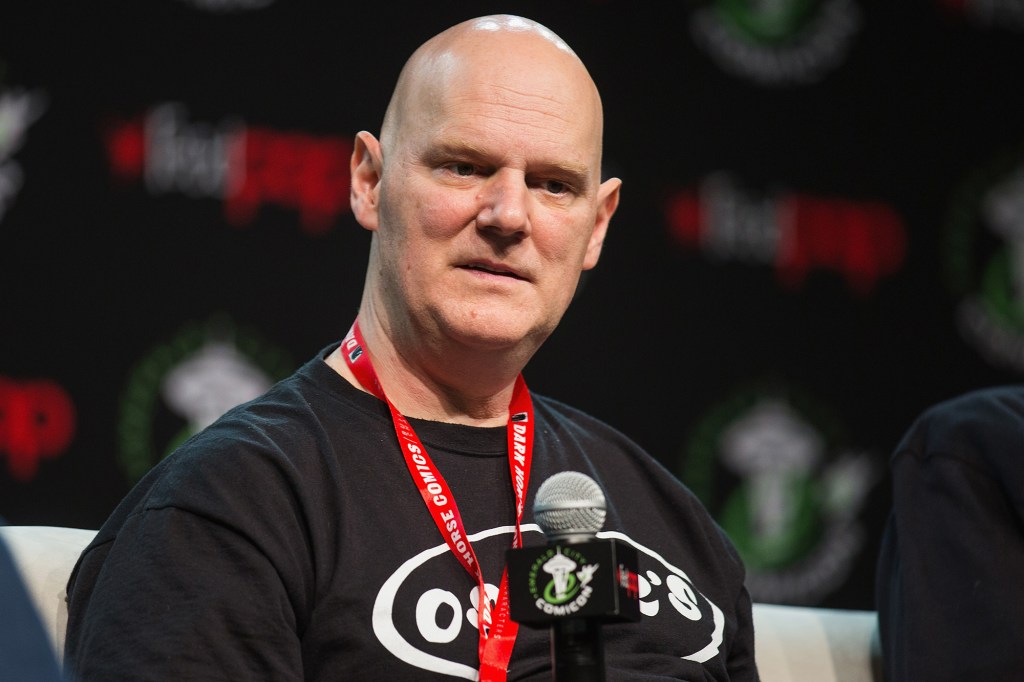 Erik Larsen, a comic book artist who was one of the creators of “The Amazing Spider-Man,” followed through with his vow to delete his Twitter account.Getty Images 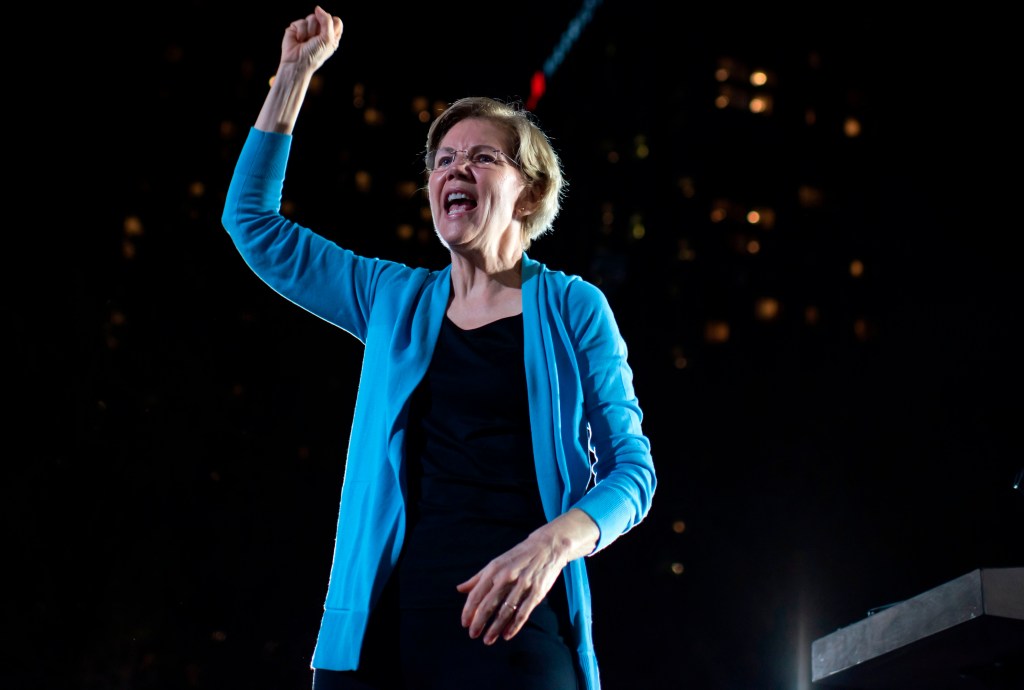 Warren called the deal “dangerous for our democracy.” AFP /AFP via Getty Images

MSNBC anchor Joy Reid took aim at “right wing trolls” who she said were targeting the “normal, thoughtful people” planning to delete Twitter once Musk’s transaction is approved, saying: “If y’all are so excited about this site turning back into a hellhole, well good on you.”

Billionaires like Elon Musk play by a different set of rules than everyone else, accumulating power for their own gain,” the Massachusetts Democrat railed. “We need a wealth tax and strong rules to hold Big Tech accountable.”And “The View” co-host Sunny Hostin used a portion of Tuesday’s show to claim Musk’s takeover would benefit “predominantly straight white men.” using the social-media platform.

A number of others in meltdown mode made dramatic announcements that they were leaving the platform, including “The Good Place” actress Jameela Jamil and Erik Larsen, the comic book creator behind “The Amazing Spider-Man.” 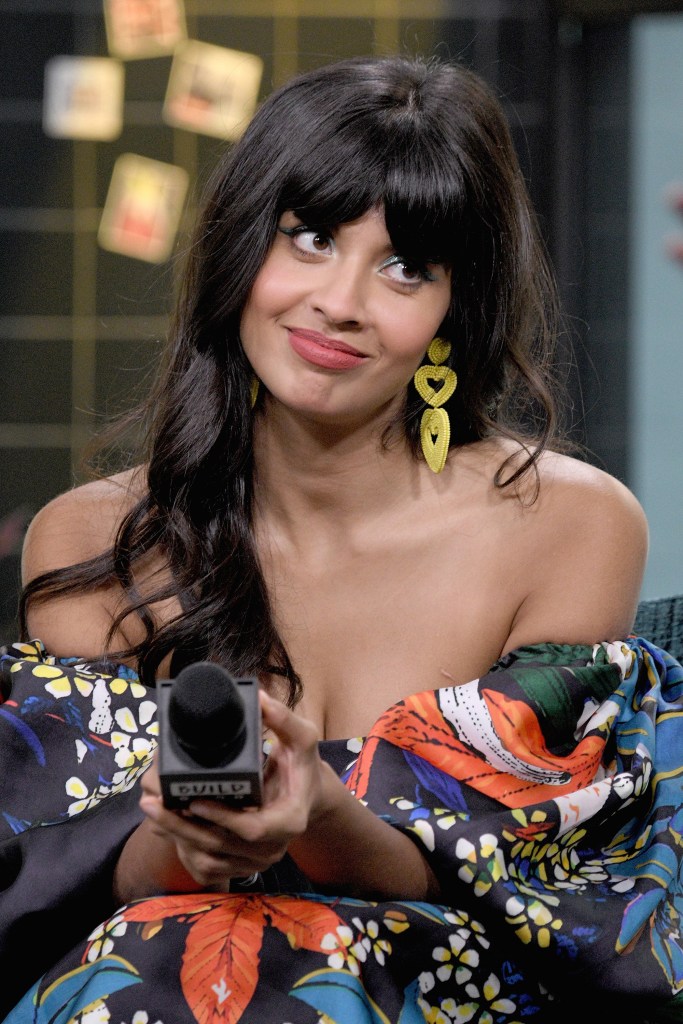 Jameela Jamil was also quick to announce she was leaving the platform. Getty Images 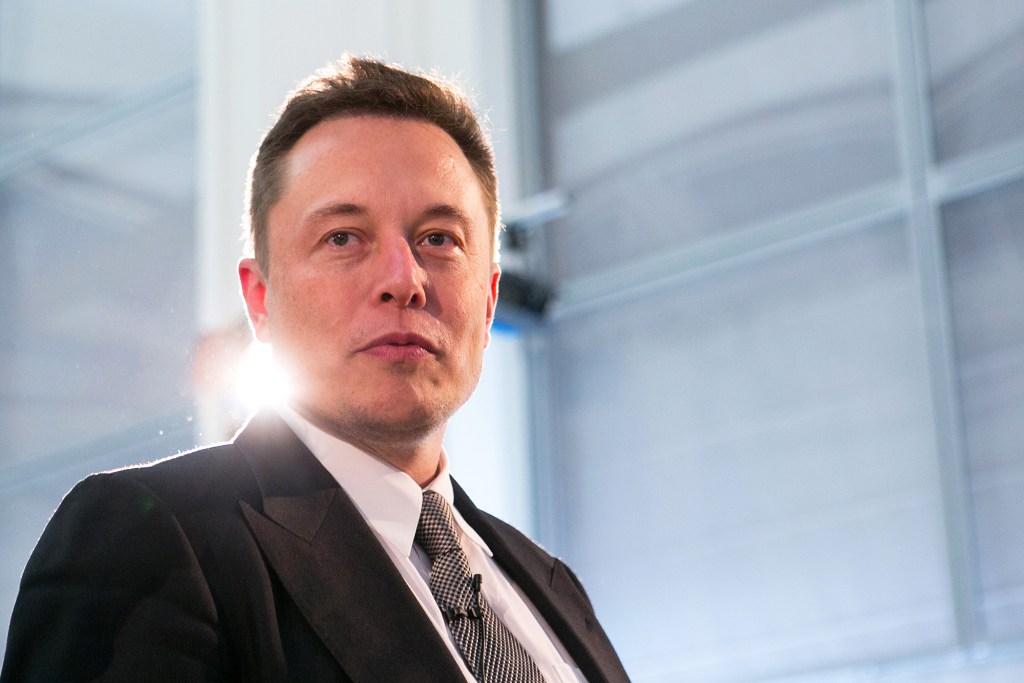 Twitter’s board of directors on Monday accepted Musk’s offer to buy the company at $54.20 a share.Bloomberg via Getty Images

“Ah he got Twitter. I would like this to be my what lies here as my last tweet. Just really any excuse to show pics of Barold,” Jamil wrote alongside photos of her dog.

Meanwhile, Republican lawmakers lauded Musk’s takeover as a win for free speech and democracy after the billionaire vowed to have less stringent content moderation policies on the platform.

“Twitter openly censors speech based on political ideologies and makes a mockery of our Constitutional liberties. If Elon Musk can turn that around to actually protect free speech and encourage open discourse, Twitter’s full potential will be unlocked,” Sen. Ted Cruz (R-Texas) said.

Hi Twitterverse. Many thanks for the knowledge and sharing over the past ten years or so. If Musk takes over Twitter I will be off within a few hours. Might be just as well for my well being but I’ve learned a lot of valuable stuff from many of you.Thank you all. Howard

Now that Elon Musk is buying Twitter, the question for all of us is: Will he allow a Criminal who used this platform to lie and spread disinformation to try to overthrow the US Government to return and continue his Criminal activity? And if he does, how do we combat it?

This deal is dangerous for our democracy. Billionaires like Elon Musk play by a different set of rules than everyone else, accumulating power for their own gain. We need a wealth tax and strong rules to hold Big Tech accountable.

And Trump Jr. weighed in, accusing the left of “exhibiting mass hysteria with the notion that others could also express their ideas on an equal footing.” 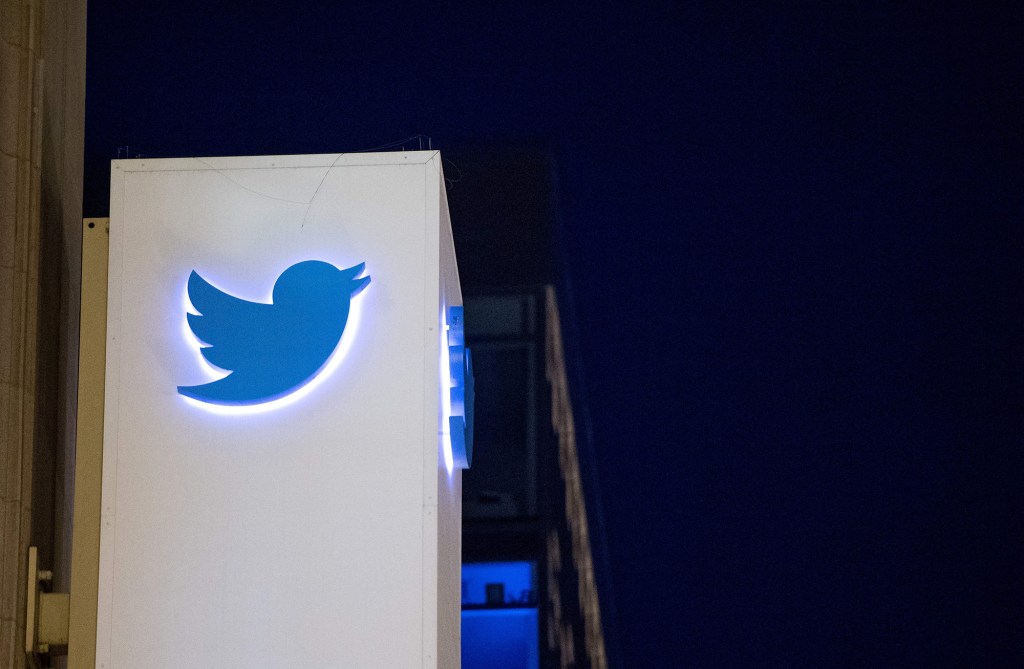 Musk has vowed to take an “free speech absolutist” approach to guiding the company.AFP via Getty Images

Carlson, who had his account locked earlier this year for calling Rachel Levine, a transgender woman who is currently serving as the Biden administration’s assistant secretary for health, a man, tweeted: “We’re back.”

“Thanks to new ownership, I’ve decided to come back!” tweeted Levin, whose account was never limited or suspended.

Rep. Marjorie Taylor Greene, who had her personal account permanently banned in January for spreading COVID misinformation, claimed that she would be reinstated by Musk.

“Prepare for blue check mark full scale meltdown after Elon Musk seals the deal and I should get my personal Twitter account restored,” she tweeted from her congressional account.

Off the back of Monday’s announcement, Twitter was reportedly taking drastic steps to maintain smooth operations this week amid fears that disgruntled employees could try to disrupt the service, a source told Bloomberg.

The platform blocked routine changes, such as product updates, through Friday — with alterations only possible if they’re identified as “business critical” and approved by an executive with a vice president title or higher.

A ban on product changes is not unprecedented at Twitter, which takes similar action ahead of major events such as the Super Bowl to ensure there are no hiccups on its platform.

Next post CAR-T therapy effective in Black and Hispanic patients