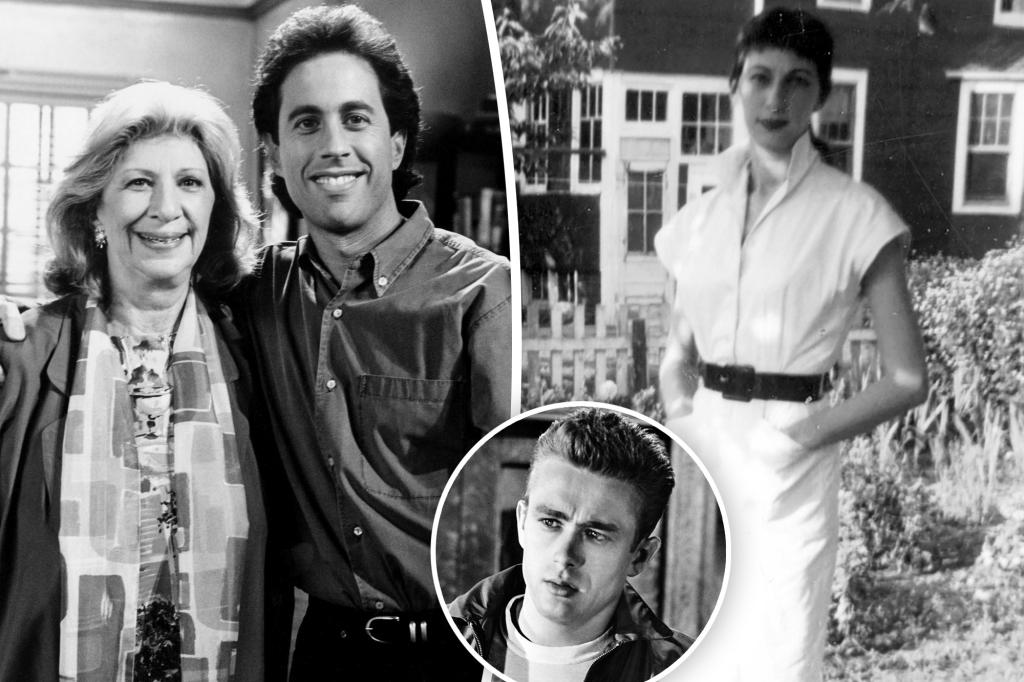 Actress Liz Sheridan, famed for playing Jerry Seinfeld’s sitcom mom and telling all about being James Dean’s 1950s lover, has died at the age of 93.

The star passed away from natural causes around 2:30 a.m. on Friday, TMZ reports.

Sheridan starred as overprotective mom Helen Seinfeld in 21 episodes of “Seinfeld” from 1990 to 1998.

She is the only “Seinfeld” star — apart from the four main leads — to be featured in all nine seasons of the hit sitcom.

“Liz was always the sweetest, nicest TV mom a son could wish for,” he wrote. “Every time she came on our show it was the coziest feeling for me. So lucky to have known her.”

Her death comes less than two weeks after the passing of Estelle Harris — another famous “Seinfeld” star, who played George Costanza’s mom. Like Sheridan, Harris was also 93.

The actress also had a recurring role as Raquel Ochmonek in the NBC smash sitcom “ALF,” which ran from 1986 – 1990.

Sheridan, who was born in New York, first began her career working as a dancer in Big Apple nightclubs, where she met Dean in her early twenties — shortly before his massive “Rebel Without a Cause” and “Giant” film fame. 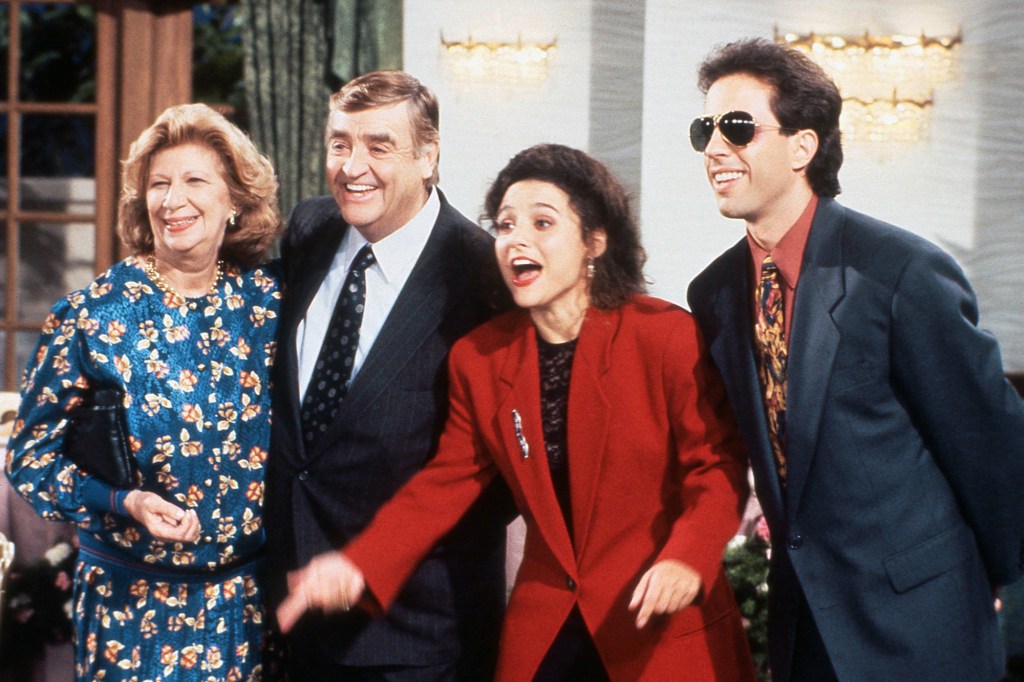 She claimed the pair enjoyed a short-lived romance in 1952, which Sheridan later chronicled in her 2000 memoir: “Dizzy & Jimmy: My Life with James Dean: A Love Story.”

Back in 1996, Sheridan described her relationship with “East of Eden” heartthrob Dean in an interview with People magazine as “just kind of magical.”

“It was the first love for both of us,” she further stated, adding that they lived together in an apartment on the Upper West Side.

The actress even claimed she was briefly engaged to the doomed Hollywood hunk, before his astronomical rise to fame sparked the end of their relationship. Dean died in a car crash less than three years later. 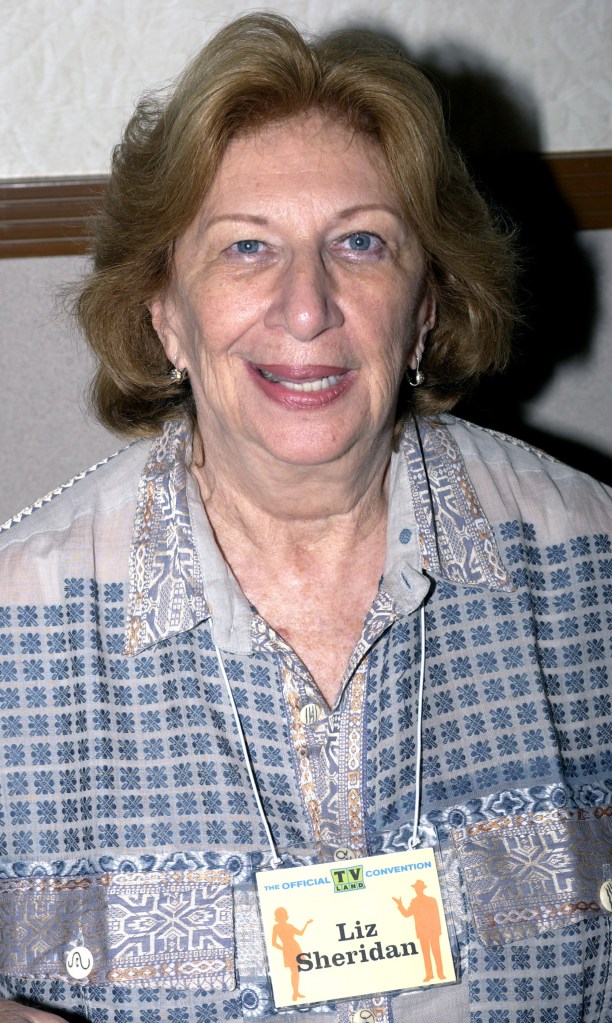 Sheridan later transitioned to Broadway, where she appeared opposite Meryl Streep in the 1977 production of “Happy End.”

Afterward, she relocated to Los Angeles where she set her sights on a screen career.

Then, in 1990, she scored the role of overprotective Helen in a new show named “Seinfeld” — which would go on to become her most famous role. 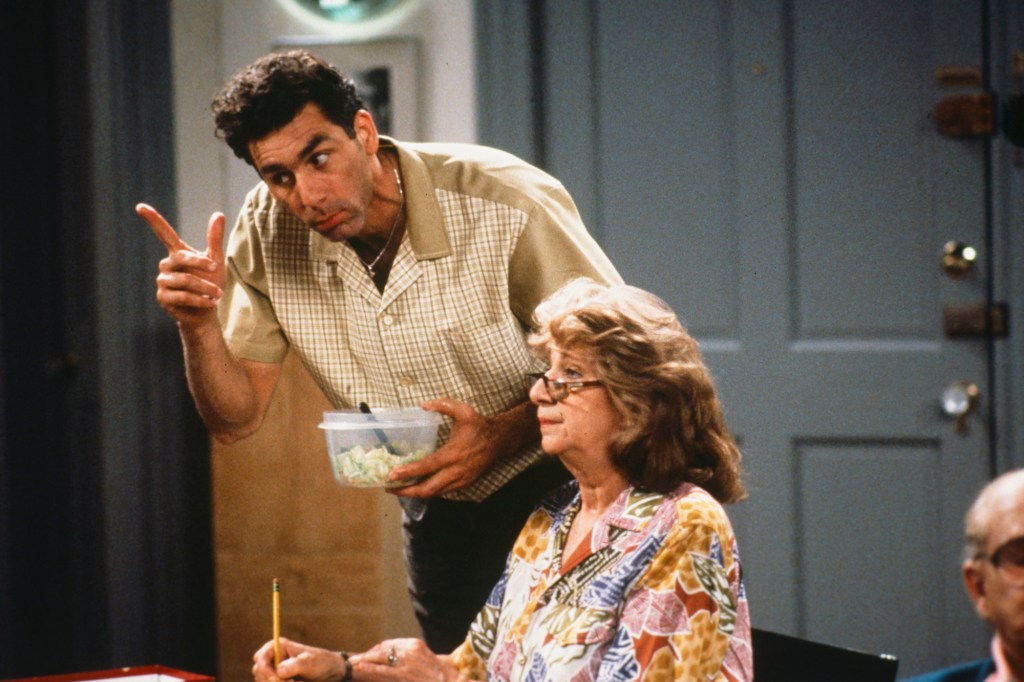 Michael Richards as Cosmo Kramer and Liz Sheridan as Helen Seinfeld in “Seinfeld” Season 1 episode “The Stakeout.”NBCUniversal via Getty Images

Despite earning international recognition for her part in the iconic series, Sheridan later complained that she was unable to secure work, telling Entertainment Weekly in 1998 that she had become “so associated” with “Seinfeld.”

In 2000, she published her book about her romance with Dean, which she was determined to turn into a movie.

Back in 2008, she told Page Six that she wanted to get in touch with Seinfeld to “ask him to help me raise the money for the movie.”

“I don’t even know how to get in touch with him,” she stated. “He’s got so many ‘people’ in front of him, you can’t get to him. And I don’t have his phone number.”

After her romance with Dean, Sheridan went on to find lasting love with jazz musician William Dale Wales.

The pair wed in 1985, and were married until his death in 2003. Sheridan is survived by their daughter.