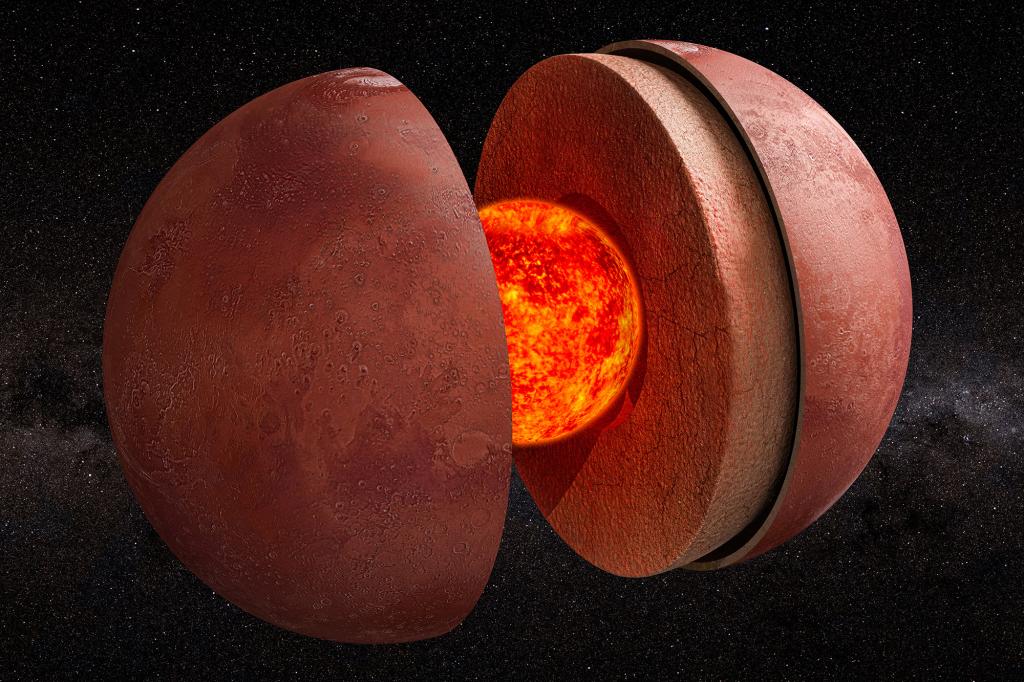 The search for signs of life on Mars is heating up.

In research published last week, scientists claim to have found new evidence of underground volcanic activity on the planet.

They say this movement of hot magma is triggering marsquakes, which are similar to earthquakes, in a specific region of the Red Planet.

If true, the finding would lend credence to theories that life may exist in underground caverns on Mars.

Warm magma beneath the surface and groundwater thought to be present there could provide a habitat for alien microbes.

Researchers at the Australian National University made their finding after combing through data from Nasa’s InSight Mars lander.

The car-sized robot has resided on the planet since 2018 and, among other things, takes readings of marsquakes.

Little is understood about the subterranean vibrations and scientists hope to use InSight data to get a better idea of Mars’ interior. 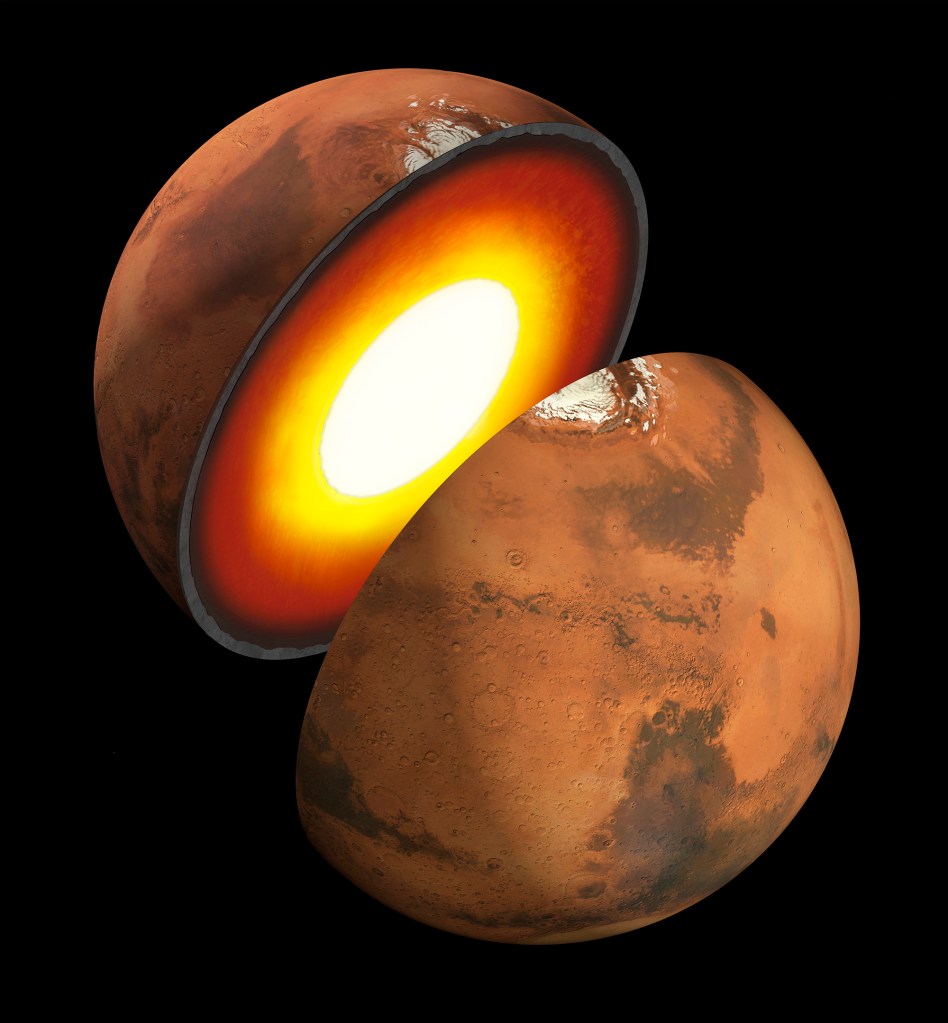 Artist rendition of the formation of rocky bodies in the solar system, how they form and differentiate and evolve into terrestrial planets.Getty Images/Stocktrek Images

They were discovered in Cerberus Fossae – a seismically active region on Mars that is less than 20million years old.

The study authors speculate that volcanic activity in the inner layers of the planet is the cause of the newly detected quakes.

If true, the findings suggest magma in the Martian mantle is still active.

Previously, scientists have argued that – similar to those on Earth – the quakes are the result of powerful Martian tectonic forces.

The repetitive nature of these quakes and the fact they were all detected in the same area suggest that Mars is more seismically active than scientists previously thought.

“We found that these marsquakes repeatedly occurred at all times of the Martian day,” said ANU scientist and study co-author Professor Hrvoje Tkalčić.

“Whereas marsquakes detected and reported by NASA in the past appeared to have occurred only during the dead of night when the planet is quieter.”

“Therefore, we can assume that the movement of molten rock in the Martian mantle is the trigger for these 47 newly detected marsquakes beneath the Cerberus Fossae region.”

He added that the conclusion is that Mars is still volcanicly active, contrary to the belief of some scientists. 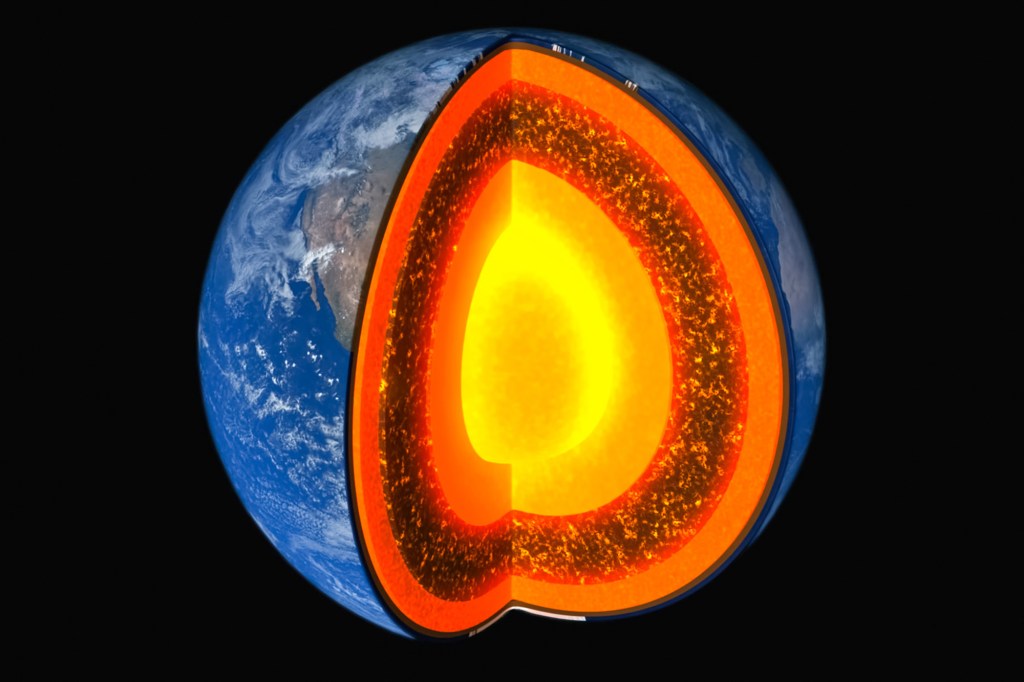 Illustration of the structure of the planet Earth.Getty Images/iStockphoto

“Knowing that the Martian mantle is still active is crucial to our understanding of how Mars evolved as a planet,” he said.

“It can help us answer fundamental questions about the solar system and the state of Mars’ core, mantle and the evolution of its currently-lacking magnetic field.”

Scientists have long known that, billions of years ago, Mars had active volcanoes and vast intertwining rivers and lakes.

It’s part of the reason many believe that microscopic life may have once lived on the once-fertile grounds of Earth’s mysterious neighbor.

Rapid changes to the planet’s atmosphere led its surface to become the barren, dusty wasteland that it is today.

Some experts believe, however, that the old girl isn’t out of action just yet.

They have bickered for decades over whether Martian volcanoes are still active or just as dead as the rest of the planet.

If there is indeed magma active under the planet’s surface, the chances of life growing there are far higher.

That’s because microbes need a mix of heat, water and nutrients to survive. Moving, hot magma would provide one of those key ingredients.