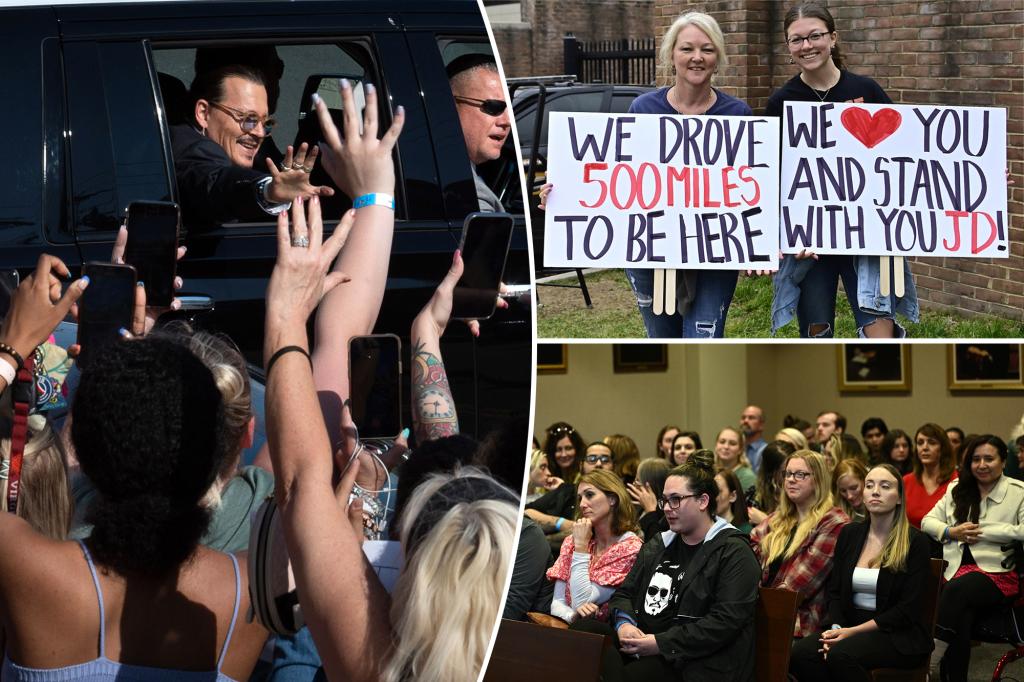 Fans desperate for access into the Fairfax, Virginia, courtroom where Johnny Depp and Amber Heard are locked in a heated defamation trial have been forking over thousands for a coveted seat. But now, they’re even buying from scalpers on the “black market,” according to TMZ, turning the orderly waiting game into a free for all.

Court officials have limited numbers of wristbands to hand out – 100 for the main courtroom and an additional 100 to 150 for the overflow room – yet many fans don’t make the cut. TMZ reported that people have engaged in screaming matches if others cut them in line and there’s even a “black market” for wristbands, where people are offering cash to buy a front-row seat.

Many of the fans, according to TMZ, are rabid supporters of 58-year-old Depp, who also has hordes of fans on social media siding with him and railing against Heard, 36.

Since the beginning of the trial, fans have camped out and lined up outside the courthouse in the hopes of witnessing the proceedings in person. 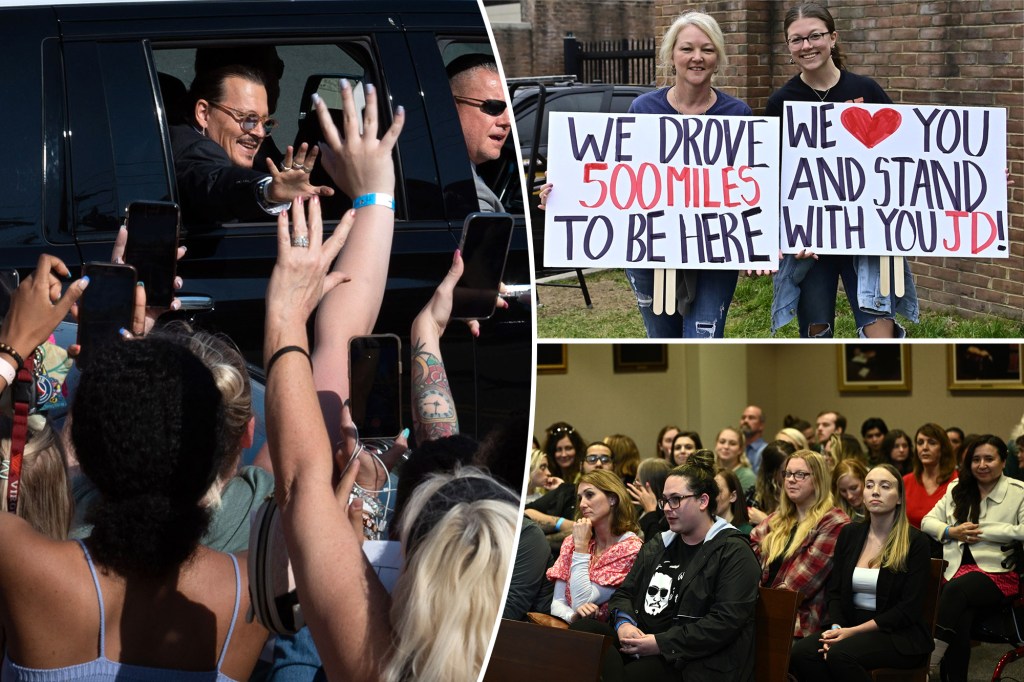 Fans of Johnny Depp line up outside the courthouse to watch the trial against Amber Heard.EPA 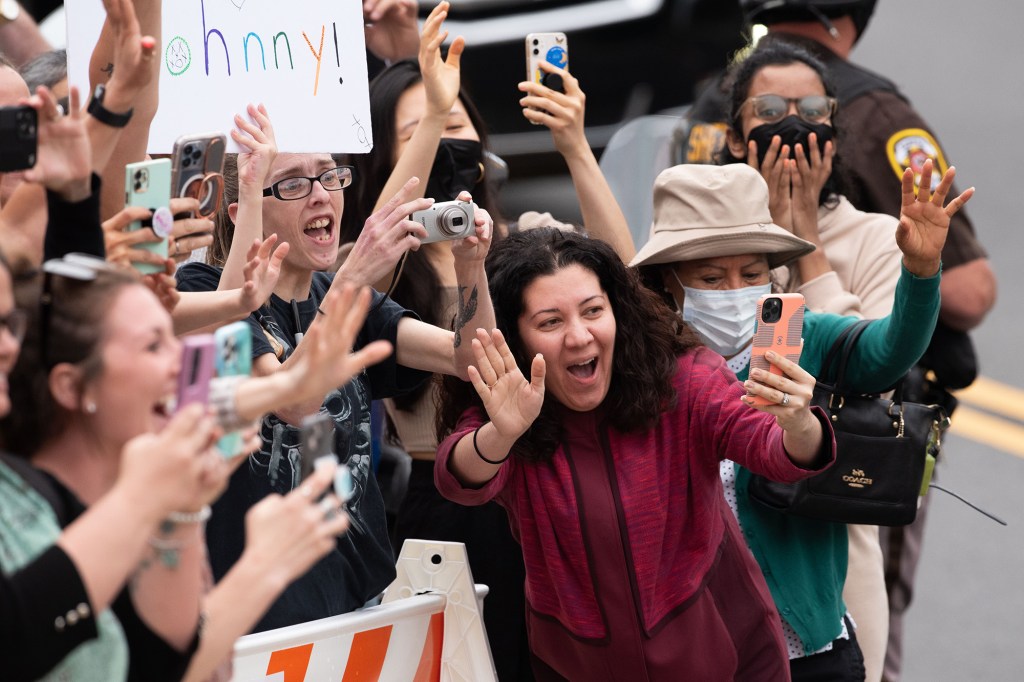 Some fans began fighting over wristbands, according to TMZ.Cliff Owen/CNP for NY Post 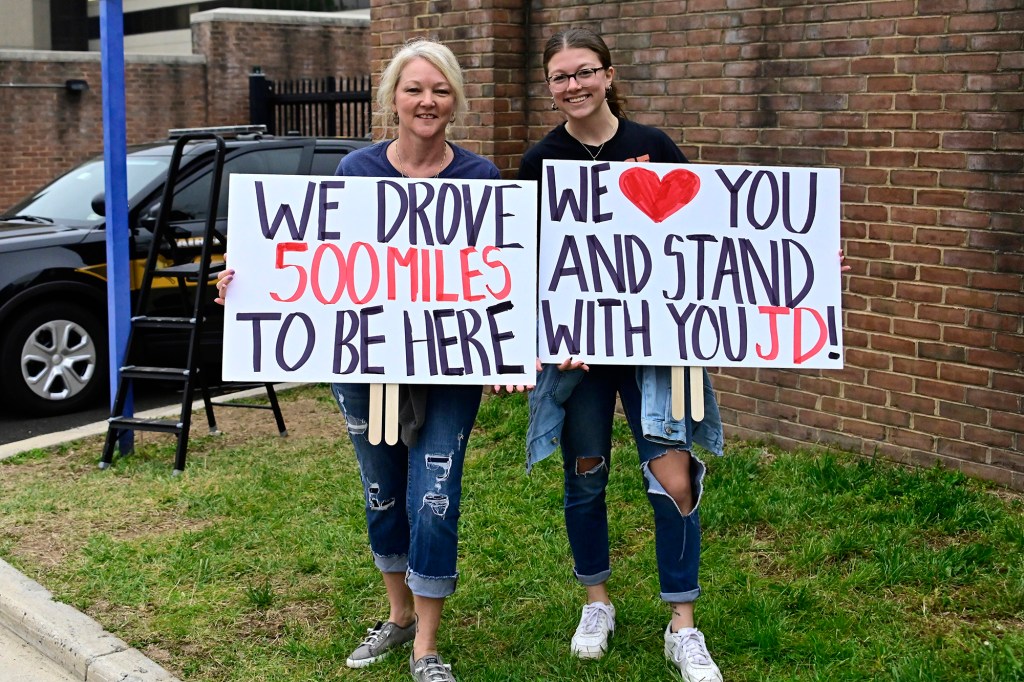 Depp’s fans line up as early as the night before to secure a seat inside the courtroom.Ron Sachs/CNP for NY Post

People began lining up at 10 p.m. Sunday ahead of Monday’s 9 a.m. start time, the day Heard took the witness stand for a second time.

But fans may have pushed their luck a little too far, prompting the sheriff to post a sign that read: “Effective immediately the line for the Johnny Depp and Amber Heard case spectators are not permitted to loiter or camp out on the judicial complex before 1 a.m.”

When the trial first began, fans would begin a single file line as early as 1 a.m. to secure a prime spot. Some even spent thousands of dollars in airfare and other expenses, traveling from around the country and world just to see Depp in person.

Ivan De Boer, a 59-year-old superfan of Depp’s, said she used a year’s worth of paid vacation time to come from Los Angeles to the trial to support Depp, even spending upwards of $30,000 on expenses as of last week.

“I took my whole year’s vacation, so I could be here for Johnny,” she told People. “I’m the same age as Johnny. I’m single, so I do what I want to, basically.” 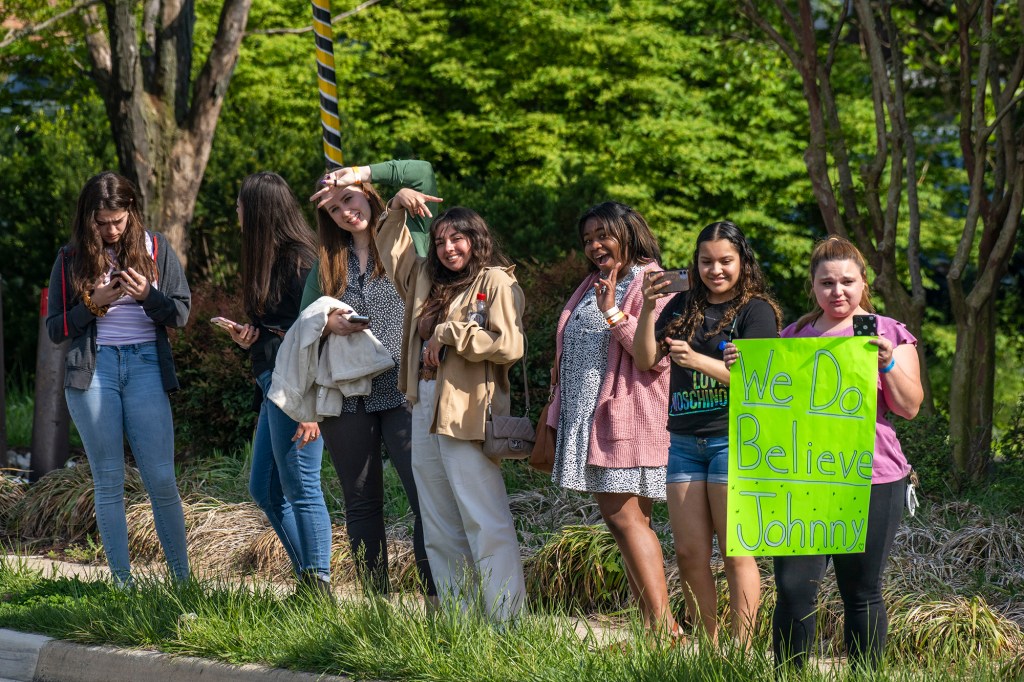 Fans traveled from around the country and even the world to see the trial in person.Ron Sachs/CNP for NY Post

Despite spending all that money and time off, she has “no regrets,” saying she’d “regret it more” if she wasn’t there.

Depp is currently suing Heard for defamation, claiming her Washington Post op-ed labeling herself as a “public figure representing domestic abuse” alluded to him. He’s asking for $50 million, due to the damage to his reputation and career. Heard is countersuing him for $100 million.

Previous post Charlo-Castano fight to be undisputed, but where do the other

Next post Looking back at four years since PASPA: Jan