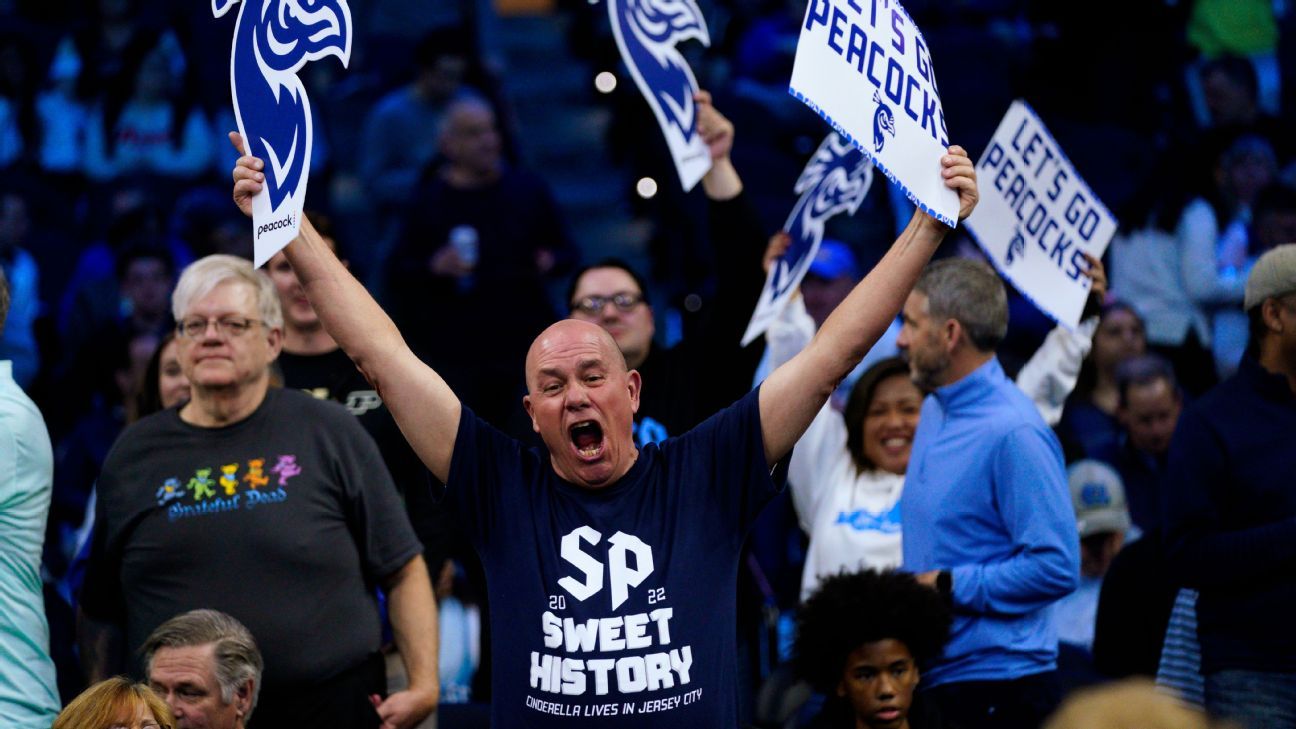 PHILADELPHIA — You will likely watch the NCAA tournament for a very long time before you see anything comparable to what the Saint Peter’s Peacocks have done. It is historic. It is remarkable. It is above all, everything that March should deliver.

By now you’ve already heard many times that Shaheen Holloway’s team is the first No. 15 seed to ever reach the Elite Eight. This is correct, and if this were all the Peacocks had done that alone would be amazing.

Saint Peter’s has made it this far with a blend of relentless defense and persistent offense. The shots weren’t falling for the Peacocks for much of the game against Purdue, but Holloway’s team took care of the ball and even picked up some crucial offensive rebounds late against the much larger Boilermakers. Efforts like this have allowed SPU to rise above the cruel math of the brackets.

The NCAA tournament is, after all, purpose-built to send you home. Look at the field of 68 and you’ll note that 88% of the teams have already been eliminated.

That math chewed up even top seeds like Baylor, Gonzaga and Arizona, to say nothing of No. 2 seeds like Kentucky and Auburn. Of course, it was Saint Peter’s that sent the Wildcats home. That alone was exceptional.

Even including the Peacocks’ win over UK, No. 15 seeds since 1985 are 10-138 in the round of 64. You can likely recall some of the storied names in this category, and you also know that Florida Gulf Coast in 2013 and Oral Roberts last year even reached the Sweet 16.

Now SPU has outperformed even FGCU and ORU. In the process, the Peacocks smashed the record for the lowest seed ever to reach a regional final. Prior to the miracle of 2022, Missouri in 2002 and Oregon State last year both played in the Elite Eight as No. 12 seeds — three lines higher than Holloway’s team.

If you look at those tournament runs by the Tigers and the Beavers, you’ll see that both teams performed brilliantly while also having their paths smoothed by an upset in their bracket.

That hasn’t been the case with Saint Peter’s. Every opponent in the Peacocks’ path has been the highest seed available. First there was Kentucky, then No. 7 seed Murray State and ultimately No. 3 Purdue. This bracket didn’t fall apart, and SPU is taking on — and defeating — all comers.

The Saint Peter’s Peacocks and their fans kept on dancing on Friday night. AP Photo/Chris Szagola

Winning three games as a No. 15 ranks among the most improbable tournament events in the event’s modern history. UMBC defeating top seed Virginia by 20 in 2018 is certainly an extreme event in its own right. So, too, was Butler making back-to-back national title games in 2010 and 2011.

Those moments have stood the test of time. The Peacocks will meet that same threshold in their own characteristically unique way.

A three-win run is, if nothing else, a more extended stretch of victories than a single game. As for the Brad Stevens-era Bulldogs, those were really good teams with seeds (a No. 5 and a No. 8) a good deal higher than what Saint Peter’s earned in 2022.

So we’re right to stand in awe of the Peacocks’ accomplishment. We’ve never seen a team seeded this low win this many games in the NCAA tournament.

When the horn sounded in Saint Peter’s win over Purdue at the Wells Fargo Center in Philadelphia, the entire team rushed to the side of the court where their fans were celebrating. Doug Edert jumped up on the press table and basked in the moment. He should have, and the team’s fans have good reason to be proud. What we’ve seen from SPU is unprecedented and historic. It couldn’t have happened at any time but March.

Previous post This popular antivirus software is a national security risk: US

Next post Breakthrough application of moisture-trapping film to reduce heat stress in personal protective suits: New composite film brings down the heat index or ‘felt air temperature’ by about 40%