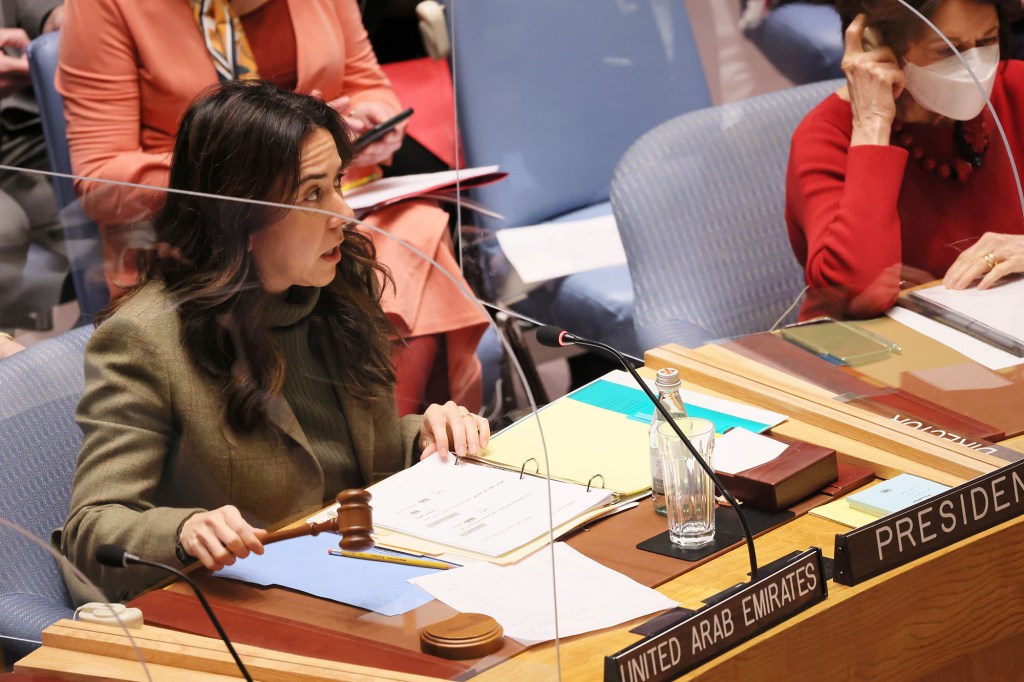 Crypto firms in the United Arab Emirates are being deluged with requests to liquidate billions of dollars of virtual currency as Russians seek a safe haven for their fortunes, company executives and financial sources said.

Some clients are using cryptocurrency to invest in real estate in the UAE, while others want to use firms there to turn their virtual money into hard currency and stash it elsewhere, the sources said

One crypto firm has received lots of queries in the past 10 days from Swiss brokers asking to liquidate billions of dollars of bitcoin because their clients are afraid Switzerland will freeze their assets, one executive said, adding that none of the requests had been for less than $2 billion.

“We’ve had like five or six in the past two weeks. None of them have come off yet – they’ve sort of fallen over at the last minute, which is not rare – but we’ve never had this much interest,” the executive said, adding that his firm normally receives an inquiry for a large transaction once a month. 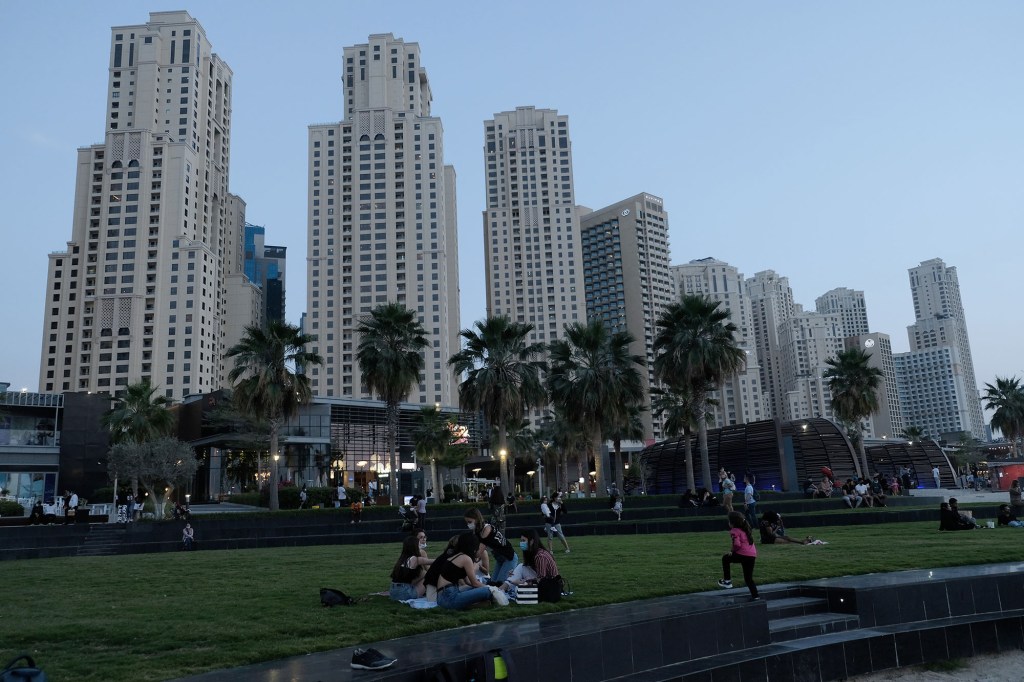 Some Russians holding crypto are using it to invest in real estate in the UAE.Getty Images

The country’s economic affairs secretariat (SECO) said in an emailed statement that crypto assets were subject to the same sanctions and measures Switzerland has imposed on “normal” Russian assets and individuals, so if a person is sanctioned their crypto assets must also be frozen in Switzerland.

Dubai, the Gulf’s financial and business center and a growing crypto hub, has long been a magnet for the world’s ultra-rich and the UAE’s refusal to take sides between Western allies and Moscow has signaled to Russians that their money is safe there.

One real estate broker, whose company has partnered with a cryptocurrency service to help people buy property, said: “We’ve been seeing a lot of Russians and even Belarusians coming to Dubai and bringing whatever they can bring, even in crypto.”

Are Russians finding a way to evade sanctions?

A financial source in the UAE confirmed that Russians were buying property in Dubai, using crypto as a way of getting their money out of other jurisdictions and into the Gulf state. 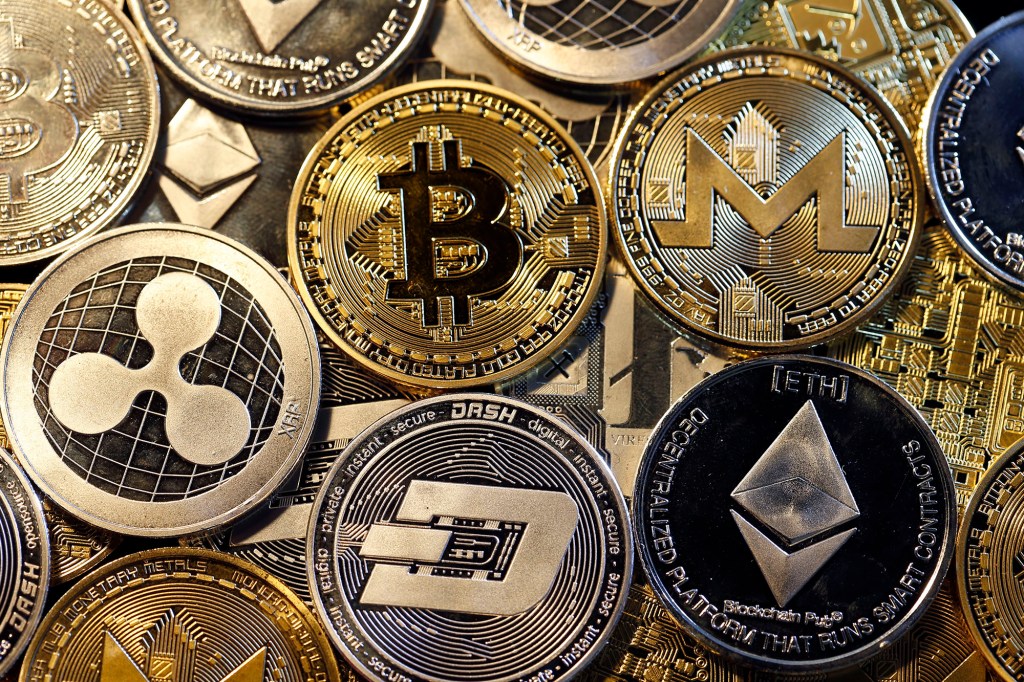 Russians are looking to liquidate billions of dollars of cryptocurrency.Chesnot/Getty Images

Cryptocurrency exchanges have said, while giving few details, that they are blocking the accounts of Russians sanctioned by the West over Moscow’s invasion of Ukraine, which Russia calls a “special operation.”

Major exchanges such as Coinbase and Binance say they are taking steps to ensure that crypto is not used as a vehicle to evade sanctions, and that they collaborate with law enforcement on the issue.

Still, as crypto offers users a high degree of anonymity, European countries such as Germany and Estonia have this week called for tighter oversight to snuff out any loopholes that could allow sanctions busting. 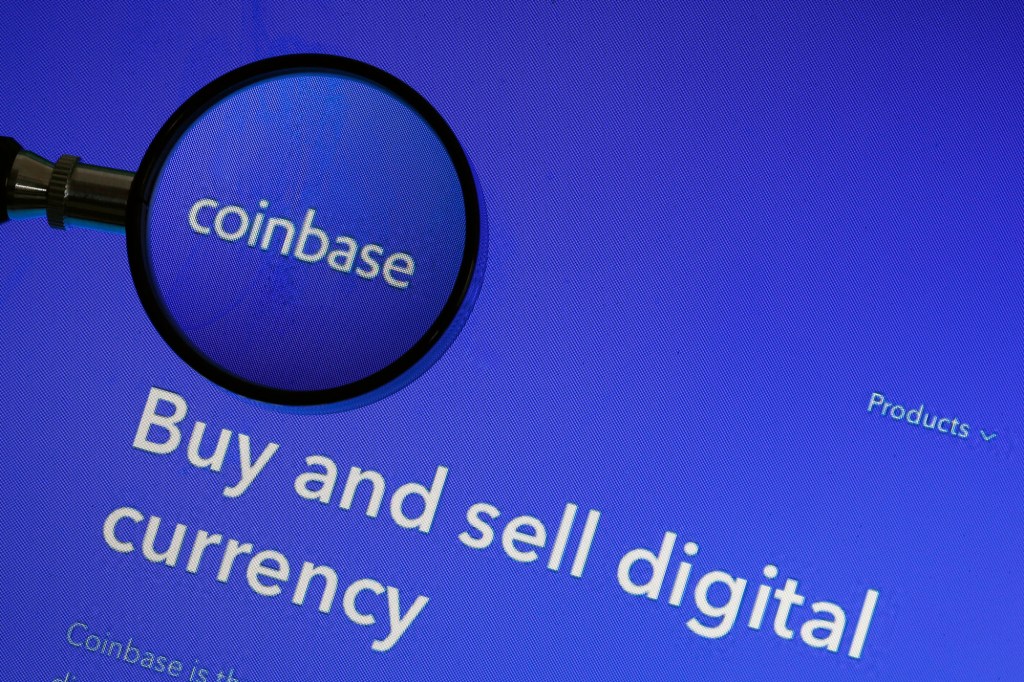 Major cryptocurrency exchanges such as Coinbase say they are taking steps to ensure that crypto is not used as a vehicle to evade sanctions.Chesnot/Getty Images

Three Western diplomats said they were increasingly alarmed by the number of Russians who in recent weeks were seeking a refuge in the UAE for their fortunes, including in property, and were wary that some could be acting on behalf of those under sanctions.

Two of the diplomats said they were skeptical that the UAE would crack down on Russian wealth in the Gulf state, which they said was predominantly held in Dubai, citing the country’s neutral stance in the conflict.

A third said they hoped the UAE, which is also a gold trading hub, understood the implications for its reputation and would take action. 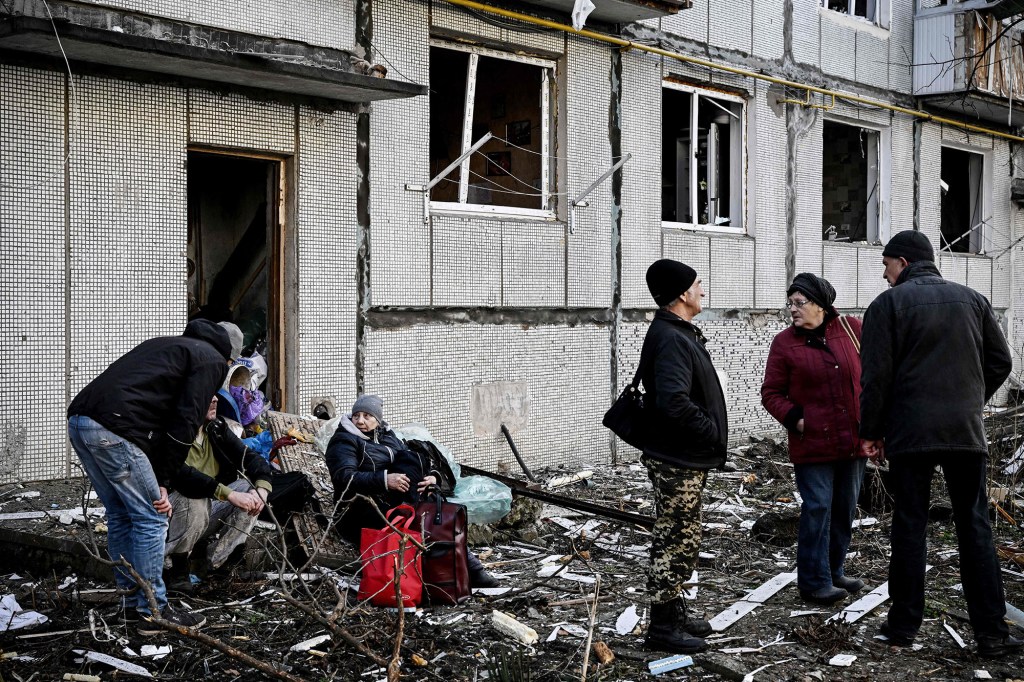 Sanctions imposed since Russia’s invasion of Ukraine have many Russians rushing to cash out their crypto investments.AFP via Getty Images

The UAE was put on a “grey list” this month for increased monitoring by financial crime and money laundering watchdog the Financial Action Task Force (FATF).

The FATF cited risks in certain industries, including real estate agents and precious metals dealers. Dubai adopted a virtual assets law this week and established a regulator. The UAE’s regulator said it was close to issuing regulations and has consulted on money laundering risks in the sector.

The Dubai government’s media office and the UAE central bank did not immediately respond to requests for comment. 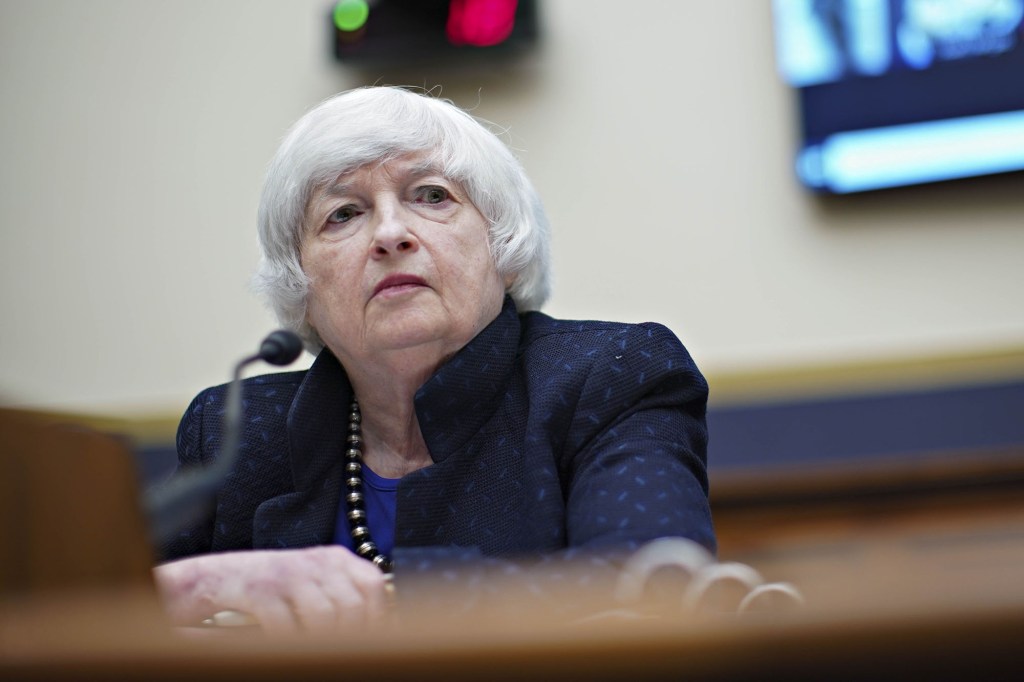 The US Treasury, headed by Janet Yellen, is calling for vigilance from companies in the cryptocurrency industry against moves that would get around sanctions imposed on Russia.Pool/Getty Images

The UAE’s Foreign Ministry said it had no further comment beyond previous statements that the government has a “strong commitment” to working with FATF on areas for improvement in its anti-money laundering and counter-terrorism financing regime.

Why UAE real estate is attractive to Russians

Some experts say the relative transparency of cryptocurrency transactions, which are recorded on the blockchain ledger that underpins bitcoin and other tokens, makes large-scale sanctions evasion difficult.

The U.S. Treasury said on Monday that sanctions-busting using crypto was “not necessarily practicable,” and called for vigilance from companies in the industry. 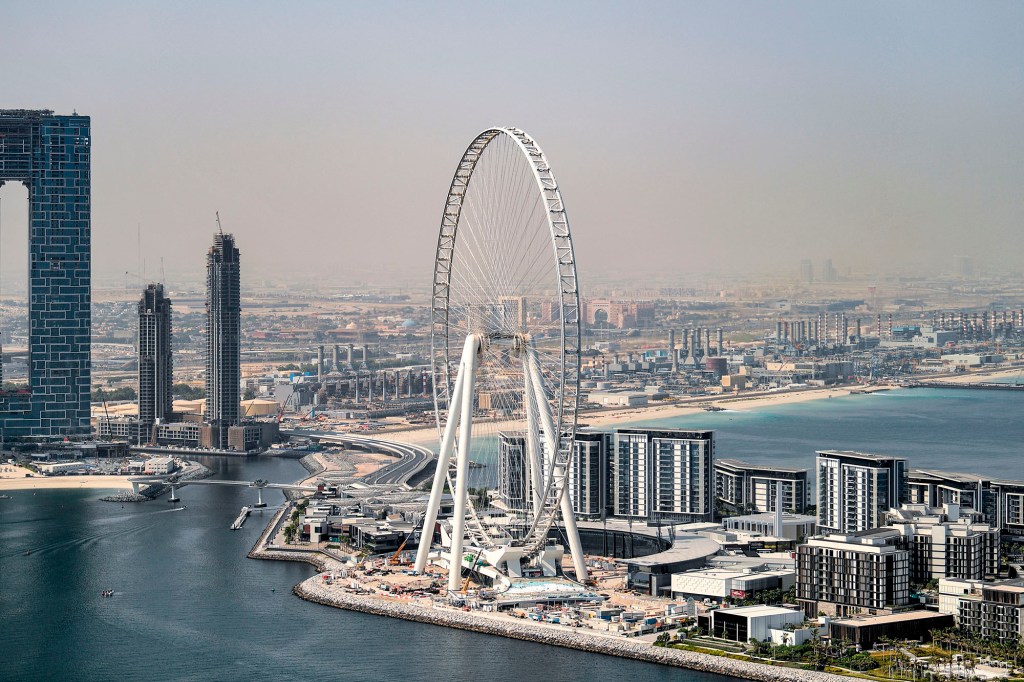 Dubai, an attractive tourism destination, has long been popular with Russians.AFP via Getty Images

Two sources familiar with the matter said UAE companies had reputational concerns about doing business with Russians, but felt the state’s abstention at the U.N. Security Council, when Russia vetoed a resolution condemning its invasion of Ukraine, was a signal they should not impose restrictions on Russians.

The UAE, which has deepened ties with Russia over the years, has not matched sanctions imposed by Western nations and its central bank has not issued any guidance regarding the measures.

Dubai, an attractive tourism destination, has long been popular with Russians, who were among the top visitors and purchasers of real estate even before the war and ensuing sanctions threw the Russian economy into turmoil.

Apurv Trivedi of Healy Consultants, which advises on setting up businesses, including crypto companies, said they had definitely been getting more interest from Russian clients. 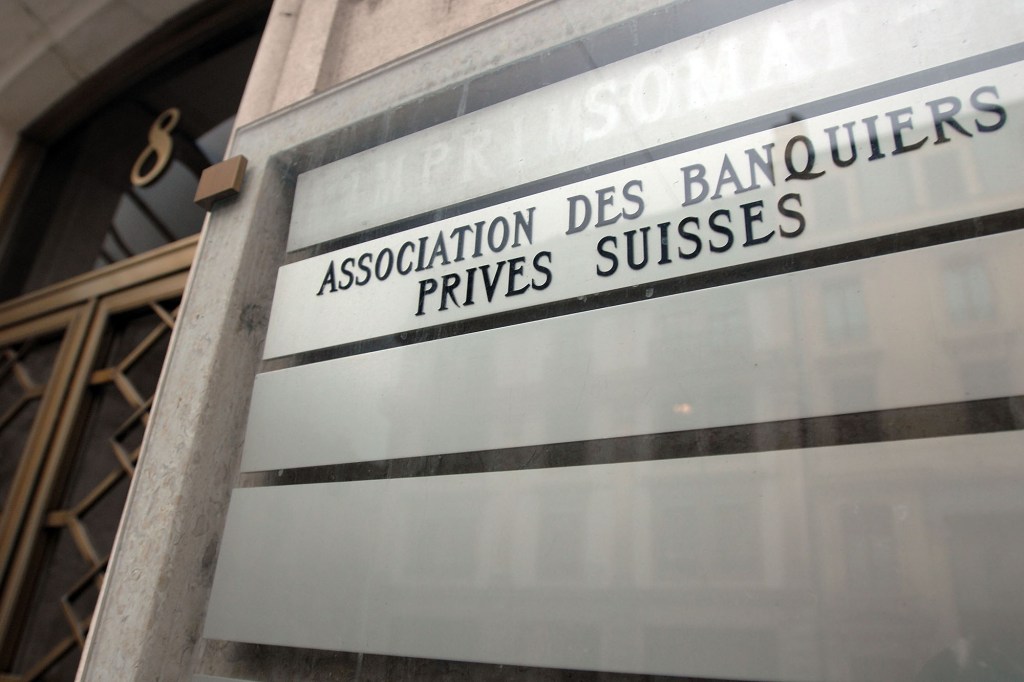 Since Russia’s invasion of Ukraine, Swiss brokers have received requests by Russians asking to liquidate billions of dollars of bitcoin because they fear Switzerland will freeze their assets.Getty Images

“They’re basically trying to protect themselves against the inflationary pressures that are happening against the Russian currency. So crypto has been a very good exit for them to manage the risks that they’re facing,” Trivedi said. “It’s a good liquidity provider for them.”

Healy’s Sami Fadlallah said a lot of the money coming from Russia has been moving into Dubai’s real estate, citing both industry talk and their company’s experience.

“People parking their money in dozens of apartments in the Marina, Downtown,” Fadlallah said.

“We’ve seen a lot of Russians hedging their bets against the devaluation of the rouble by moving a lot of assets into crypto. And the UAE is relatively loose in terms of its regulation and authorities over transferring crypto here.”

Next post Scientists make leap forward for genetic sequencing: Research to lead to improved personalized medicine and understanding of evolution