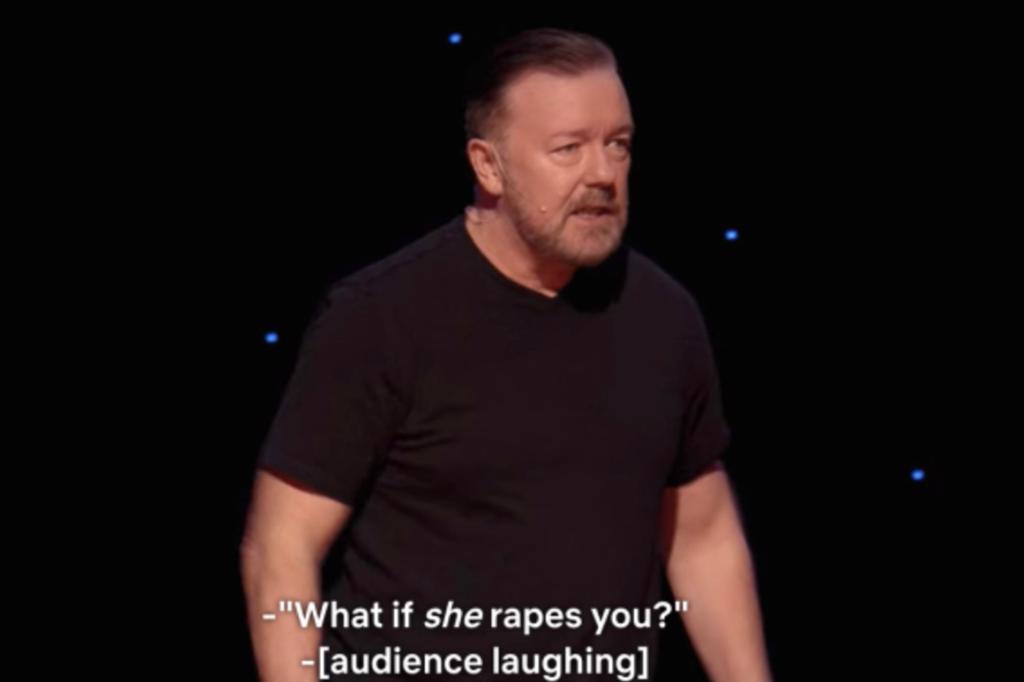 Controversial comic Ricky Gervais is in hot water online yet again, this time over a series of perceived anti-trans jokes featured in his just-released Netflix special “SuperNature.” The British “Office” creator’s name was trending on Twitter Tuesday as the LGBTQ community urged viewers to boycott the special — with some folks vowing to cancel their Netflix subscriptions.

“I love the new women,” Gervais snarks in the special, which has only been on the streaming platform for several hours as of Tuesday morning. “They’re great, aren’t they? The new ones we’ve been seeing lately. The ones with beards and c – – ks. They’re as good as gold, I love them.”

Then, referencing the highly-publicized trans bathroom controversy, the “Afterlife” star said, “And now the old-fashioned ones say, ‘Oh, they want to use our toilets.’ ‘Why shouldn’t they use your toilets?’ ‘For ladies!’ 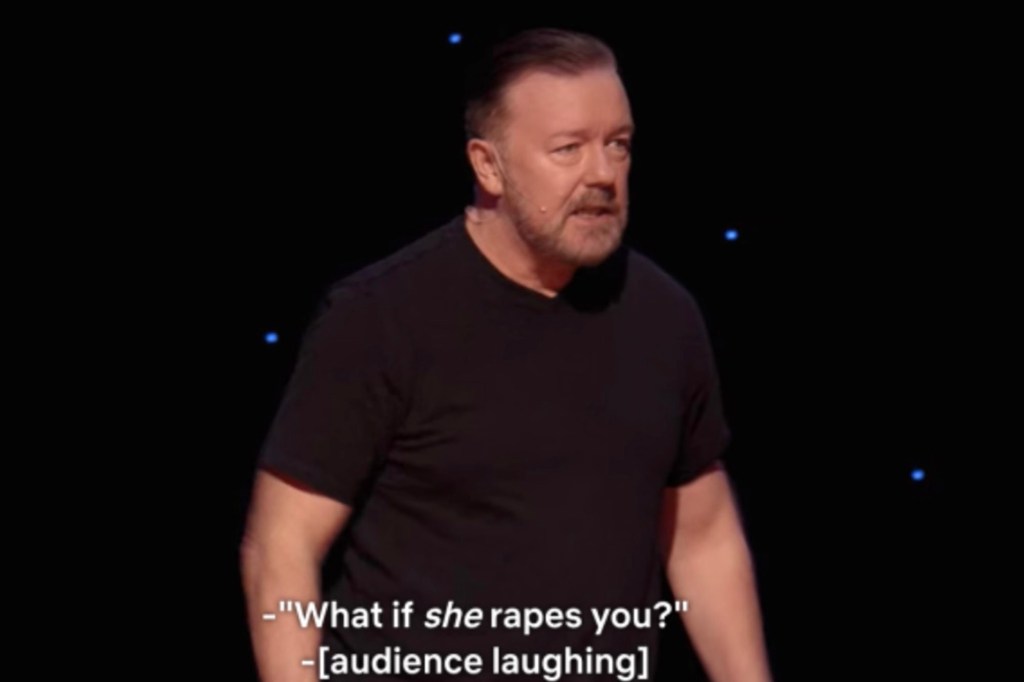 Ricky Gervais is being ripped by LGBTQ advocates online over perceived transphobic jokes in his new special “SuperNature.”Netflix

“What if she rapes you, you f – – king TERF w – – re?” quipped Gervais, referencing the acronym for Trans-Exclusionary Radical Feminist, which is used to refer to people who reject the idea that trans women are real women.

Gervais doubled down on his anti-trans attacks while discussing Kevin Hart opting out of hosting the 2018 Oscars over past tweets that were deemed homophobic. He was criticizing how the trend of comics getting canceled today for old tweets that weren’t considered controversial at the time.

“You won’t find a ten-year-old tweet saying ‘Women don’t have penises.’ You know why? We didn’t think we f – – king had to!” the comic added. He had previously stated that “smart people” don’t get offended by jokes about AIDS, Hitler and other taboo topics.

Despite the perceived transphobic jokes, Ricky Gervais maintained in the special that he actually a big supporter of the trans community.

“Full disclosure: In real life of course I support trans rights. I support all human rights, and trans rights are human rights,” the comic insisted. “Live your best life. Use your preferred pronouns. Be the gender that you feel you are. But meet me halfway, ladies. Lose the c – – k. That’s all I’m saying.”

Needless to say, the inflammatory jokes didn’t sit well with many online, who accused the Brit of punching down at a marginalized community.

“Ricky Gervais has a new stand-up show out on Netflix today,” fumed one critic on Twitter. “5 minutes in and he’s making jokes about trans women attacking and raping people in public bathrooms. To him, we exist only as a punchline, a threat, something less than human.”

Another tweeted, “If you’re a comedian and you support trans people it’s your responsibility to be speaking out against Dave Chappelle and the new Ricky Gervais special. At this point, you can’t call yourself an ally if you’re not publicly taking a stand against it. it’s the bare minimum.”

Another found it hypocritical of Gervais, who’s a staunch animal activist, slamming trans people while railing against animal abuse.

“It’s insane that Ricky Gervais’ whole bit is screeching and cackling at marginalized groups being brutally murdered daily, before turning to the camera, making a sad face, and saying ‘some people put lipstick on bunnies,’” they wrote.

“In honor of Ricky Gervais and his 2-4-1 rant on trans people and cancel culture, I am in fact, canceling,” fumed one critic about the streaming service, which recently lost a boatload of subscribers. “Thanks @netflix #TransRightsAreHumanRights.”

Advocacy group GLAAD also weighed in on Tuesday afternoon, tweeting in a thread that the special was “full of graphic, dangerous, anti-trans rants masquerading as jokes. He also spouts anti-gay rhetoric & spreads inaccurate information about HIV.”

We watched the Ricky Gervais “comedy” special on Netflix so you don’t have to. It’s full of graphic, dangerous, anti-trans rants masquerading as jokes. He also spouts anti-gay rhetoric & spreads inaccurate information about HIV. 1/4

However, some comedy fans were entertained by the British humorist, with one Twitter user writing, “5 minutes into Ricky Gervais’ special and he’s already mentioned ‘old type of women’ ‘the ones with wombs’ being dinosaurs and respecting a rapist’s pronouns. Here we go!”

Another wrote, “I see Ricky Gervais is standing up for the IDGAF+ community.”

The controversy comes after fellow comic Dave Chappelle, also recently accused of making transphobic jokes, was tackled on stage by a rapper, who was supposedly “triggered” by the comedian’s jokes about the LGBTQ community.

“I identify as bisexual … and I wanted him to know what he said was triggering,” Isaiah Lee, who’s currently in custody in Los Angeles, told The Post.

Next post Why the Celtics-Heat series is so ugly