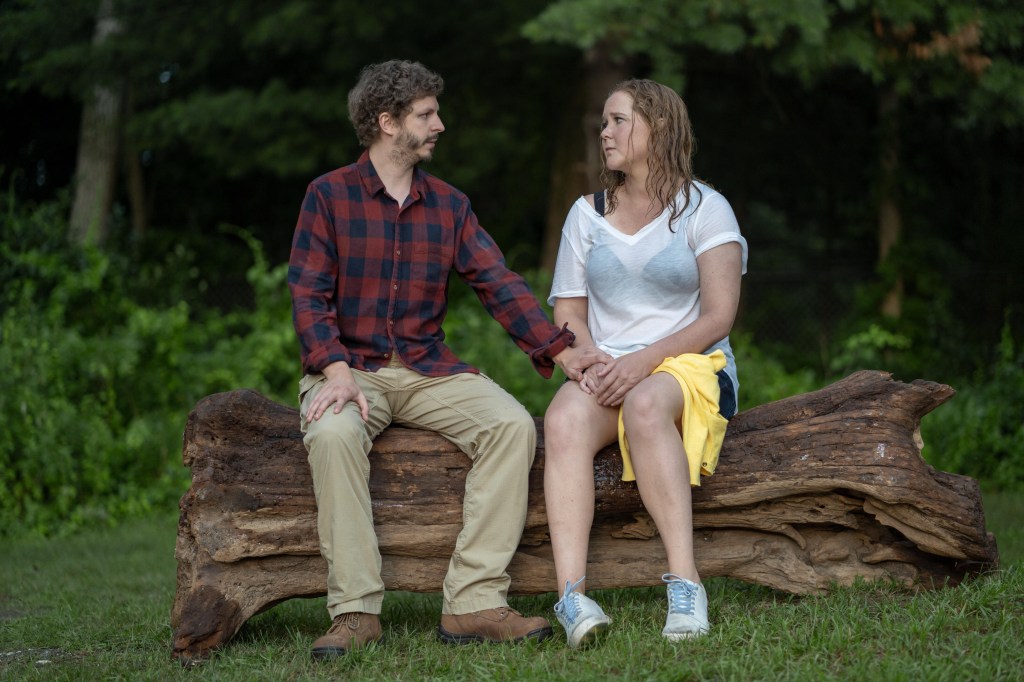 Amy Schumer is back in a scripted TV show after a long absence – and the result is solid, if uneven.

Premiering Friday, March 18 on Hulu, “Life & Beth” is the comedian and Oscar host’s first return since her Comedy Central show, “Inside Amy Schumer,” ended in 2016 (give or take some specials in 2017 and 2019).

“Life & Beth” is a half-hour dramedy following Beth (Schumer, 40, who also created, wrote, and directed the show, based on many of her own experiences). Beth is wine saleswoman who’s pushing 40, lives in Manhattan, has vapid boyfriend who’s the life of the party, Matt (“Inside Amy Schumer” alum Kevin Kane), and a difficult relationship with her self-absorbed mom, Jane (Laura Benanti). Despite having a life that has all the trappings of success, Beth feels stagnant. 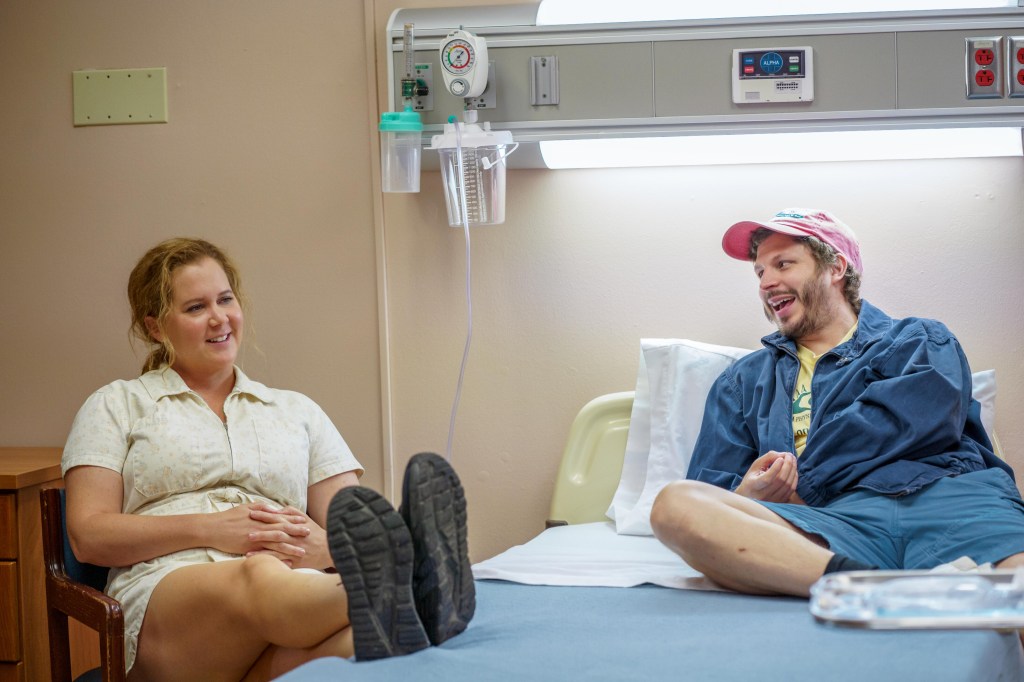 Beth (Amy Schumer) is a woman in need of change when she meets John (Michael Cera) on “Life & Beth.” Jeong Park

A sudden family tragedy sends her back to her Long Island childhood home. There, she meets new friends and reconnects with old acquaintances, has flashbacks to her formative younger years (young Beth is played by Violet Young), and meets new crush John (Michael Cera), a groundskeeper at a Long Island vineyard.

As a woman who’s feeling lost and just going through the motions in life, Beth is a far cry from the bold persona that Schumer became famous for (both in her stand-up and in her 2015 blockbuster, “Trainwreck”). It’s not a bad thing, but viewers who are expecting her usual schtick won’t get that, here. She’s got some witty one-liners but she’s mostly a reactive character. The show’s humor comes more from minor side characters, such as Hank Azaria as a funeral home director who is borderline delirious because he’s trying out “intermittent fasting,” or her clueless co-workers. 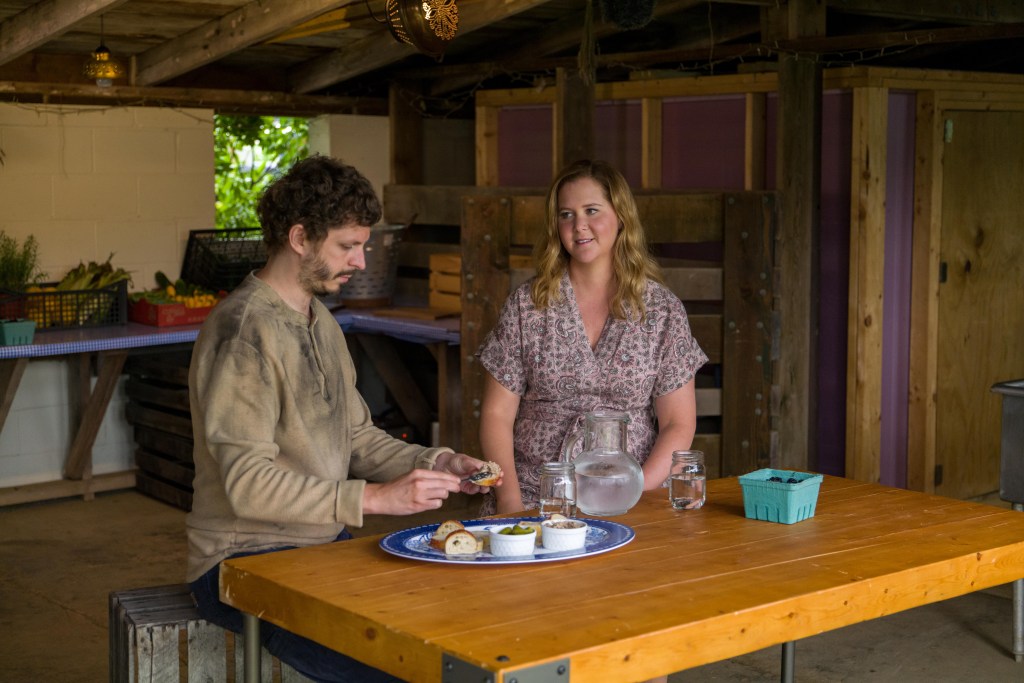 Although “Life & Beth” has amusing moments, it’s more moody and introspective than laugh out loud funny. It’s peppered with borderline surreal sequences – for instance, when she gets bored in the middle of a conversation, jazz music starts playing over the people that she’s talking to, tuning them out, while the shot zooms in on Beth’s wide eyes. Intermittent flashbacks to her childhood add to the show’s more cerebral feeling, anchoring it in Beth’s perspective.

The show tries to be too many things at once – skipping its focus around from her job to her love life to her family to her memories of her youth – and because it often abruptly shifts in tone from melancholy to wacky, not all of them land.

The end result feels uneven, but not unpleasant or poorly done. It’s got some unexpected moments of poignancy, particularly when it explores her complicated relationship with her dad (Michael Rapaport). 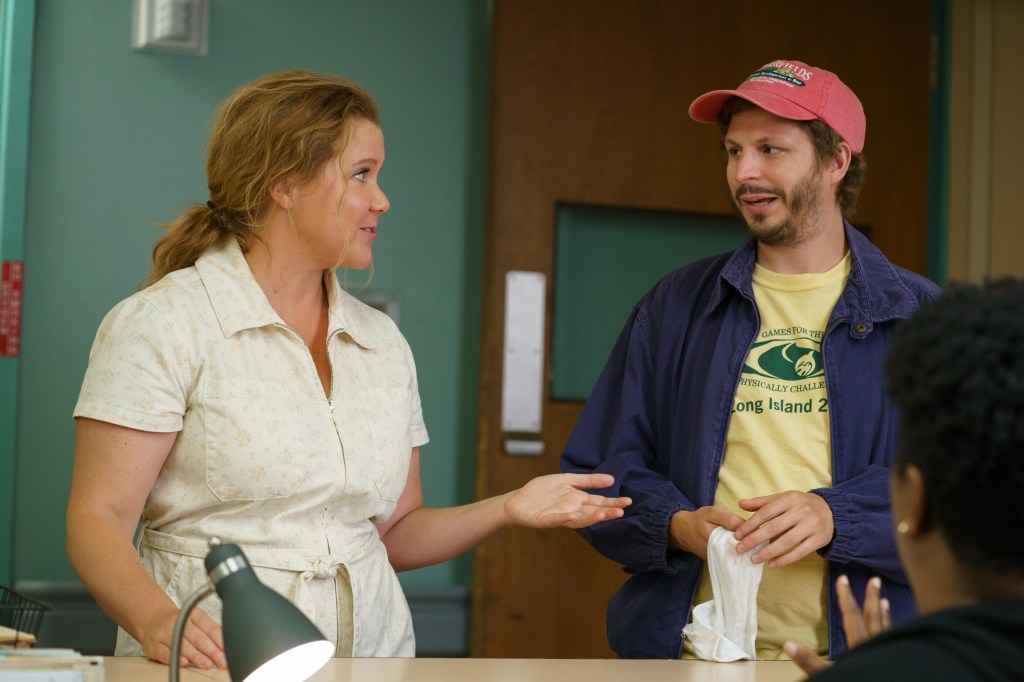 It’s a solid dramedy in the category of “30 something woman re-thinks her life,” even if it isn’t as brilliant as some other entries in that genre (such as “Fleabag”). And it shows creative maturity, since Schumer is not resting on her laurels in terms of tone or subject matter. “Life & Beth” is not “Trainwreck: The TV Show.” There are some explorations of typical Schumer topics such as sex, drinking, and body image, but it’s more subdued than her past work.

“Life & Beth” is a mixed bag as a whole, but it’s always a good thing when a creator who’s as established as Schumer puts out a work that feels fresh and different.