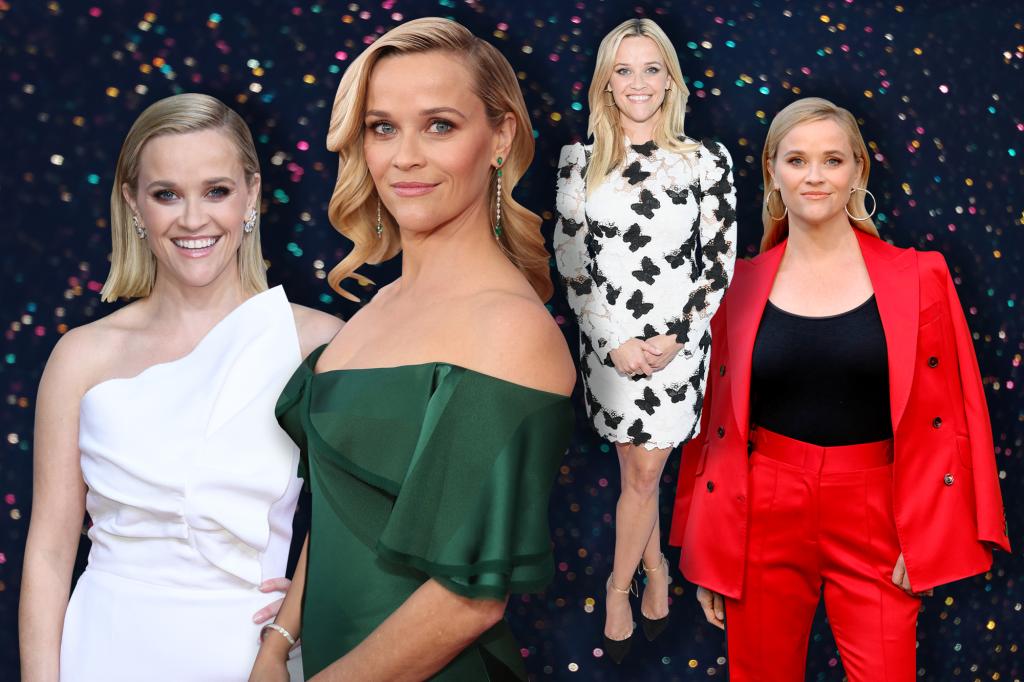 The world is wild about Reese Witherspoon.

When you think of one woman who has captivated the heart of the public to become the quintessential American sweetheart, she is the one actress who stands out from the rest.

Catapulted to iconic status with films like “Cruel Intentions” and “Legally Blonde,” she has become one of the highest-paid actresses in Hollywood as well as one of the most powerful women on the planet! Famous for her charm, beauty and effervescent smile, Witherspoon, 46, is the perfect example of how one’s authenticity can be their greatest attribute.

Wielding her influence as both a producer and actress, she is gaining steam once again with hit series like “Big Little Lies” and “The Morning Show.” Yet, when she’s not making waves in television or media, she’s always on the move: launching successful book clubs, investing in Spanx with Oprah as well as being a supportive mother to her doppelganger kids.

Witherspoon’s candor and wit have kept her memorable and in demand — but the fact that she’s willing to discuss both the beauty and the pain of life is what makes her even more relatable. So what makes her such a free spirit and powerhouse? Join me as we dive into her stars, because I’m a pop culture astrologer and I can see it all. 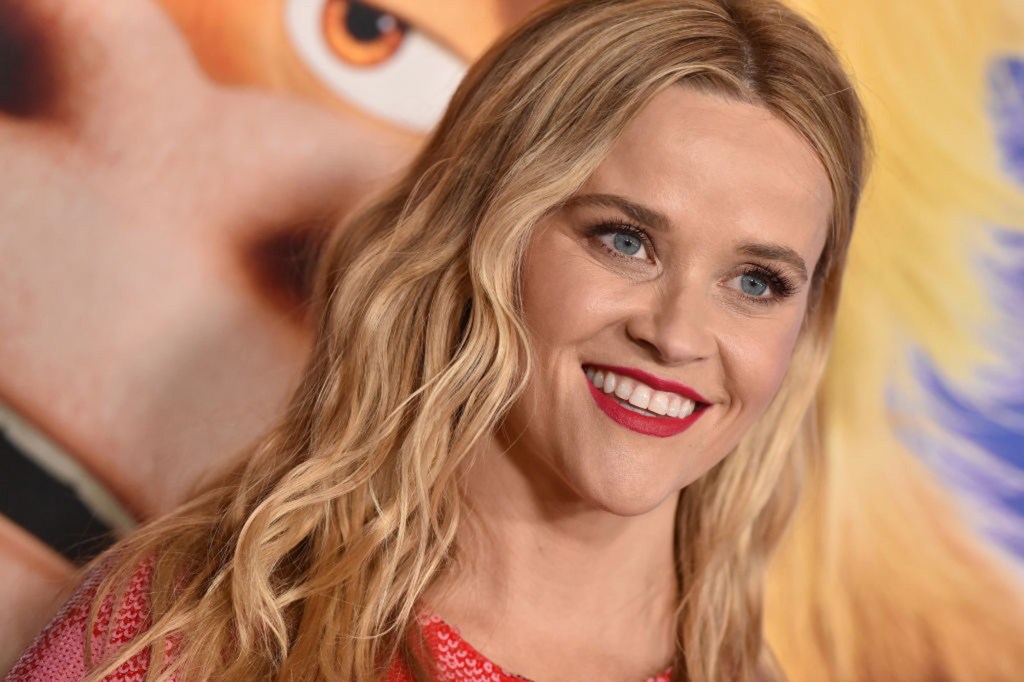 Reese Witherspoon is an Aries Sun.FilmMagic

Reese Witherspoon was born on March 22, 1976. This makes her an exuberant Aries Sun with a down-to-Earth Capricorn Moon. Her birth time has not been confirmed by me, so until she reaches out to me directly and we have a mimosa (get at me!), let’s instead focus on what we do know about her birth chart. When looking at her elements, we can see that she is heavily dominated by Water energy followed by Fire. Each zodiac sign carries it’s own attributes, but with a lot of Piscean and Cancer placements, we can see that she’s very dreamy, sensitive and nurturing underneath it all. Usually when Water and Fire energy meet, they make steam—but with a stronger emphasis on Water for her, this is what gives her a softer edge and a more heart-on-her-sleeve temperament. Also, Aries Suns are known to have a child-like innocence to them that is immensely feisty, yet charming no matter their age. In many ways, they often possess an eternal youth in spirit.

Upon peering into her natal chart, the spicy, warm and lively energy that we know her for runs through and through. In fact, it composes her predominant psychological makeup. Her Sun, ruling her life force, is in an intense link to both her Moon and Mars. This makes her strong-willed and active as well as impulsive and spontaneous. She’s mighty in both mind and body and always ready for what’s new and next. She is deeply connected to her emotions and is swayed by them as they come and go — often, very quickly! Her determination to get where she wants can be seen in the link between her Sun with Mercury and Saturn.

Yet, the radiance and beauty — both inside and out — can be seen in how her Moon smiles upon Jupiter, bringing her optimism and favor, as well as how her Venus smiles upon both Uranus and Mars. She’s a natural performer and thrives on giving and receiving love and affection. When it comes to her success, I want to point out how her Mars holds hands with Jupiter, bringing her tremendous luck and victories in the material side of life. She goes for what she wants while bringing her very own sparkle, which always brings her to triumph in the end. 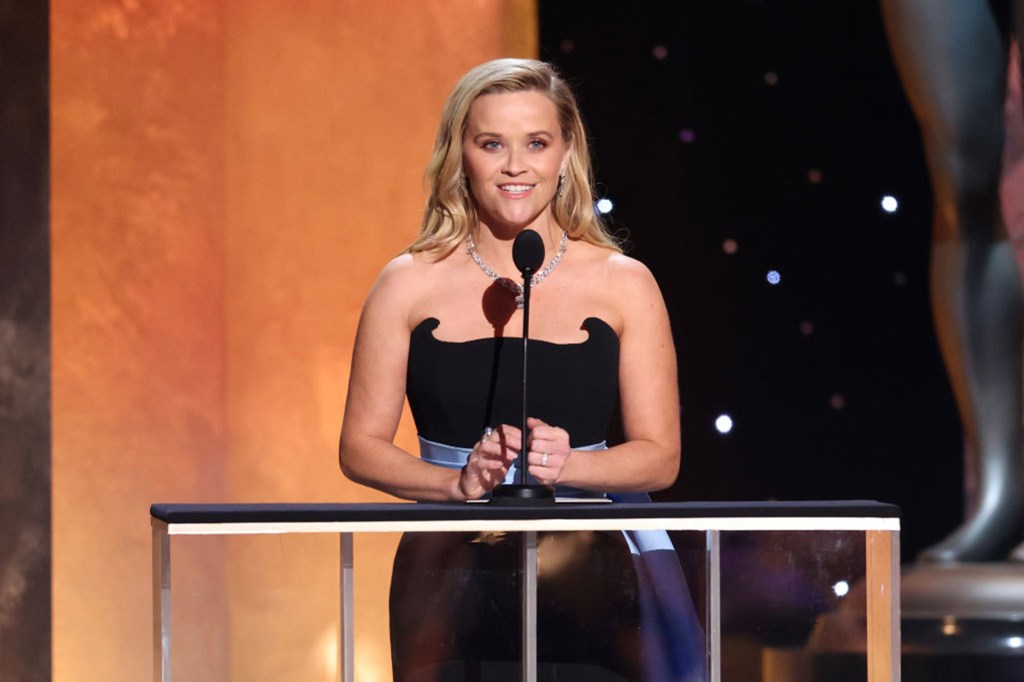 Reese Witherspoon has a strong astrological connection with both her ex-husband and current husband.Getty Images

Let us turn now to Witherspoon’s relationships — and how her stars aligned! She was previously married to actor Ryan Phillippe, 47, from 1999 to 2008 but is now married to talent agent Jim Toth, 51, since 2011. Ryan Phillippe was born on Sept. 10, 1974. This makes him a practical Virgo Sun with a sensitive Cancer Moon. Jim Toth was born on July 27, 1970. This makes him a charismatic Leo Sun with a grounded Taurus Moon.

The connection between Witherspoon and Phillippe is undeniable. In fact, they have one of the most beautifully aligned compatibility charts I’ve ever seen. Their Moon signs are exactly aligned, showing that on an emotional level they balanced each other well. The cosmic lovers, Venus and Mars, are dancing all over their charts, showing the spice and chemistry. However, the tension can also be seen, with Phillippe’s Uranus, representing chaos, clashing with Witherspoon’s Saturn, representing structures. There is so much about their connection that is to cherish and adore — but the thing about our lives is that we do have free will and can carve out our own destinies. Relationships don’t always last, but that doesn’t mean they were dark or fated to demise.

Moving along to her current husband, Witherspoon and Toth have gorgeous astrological compatibility, too, and in some ways a more aligned one. They both possess Fire sign Suns with Earth sign Moons. There’s most definitely adventure, passion and adrenaline — whereas her connection with Phillippe felt more domestic and family oriented. She and Toth energize each other to take chances, be daring and take on the world! This connection feels a bit more magnetic and karmic, with equal measure of intensity and sensitivity thrown in. This is an active couple, one that is eager to experiment, pave the way for one another but also share in the abundance. It feels like they both have said to one another that no dream is too big as long as they’re together. 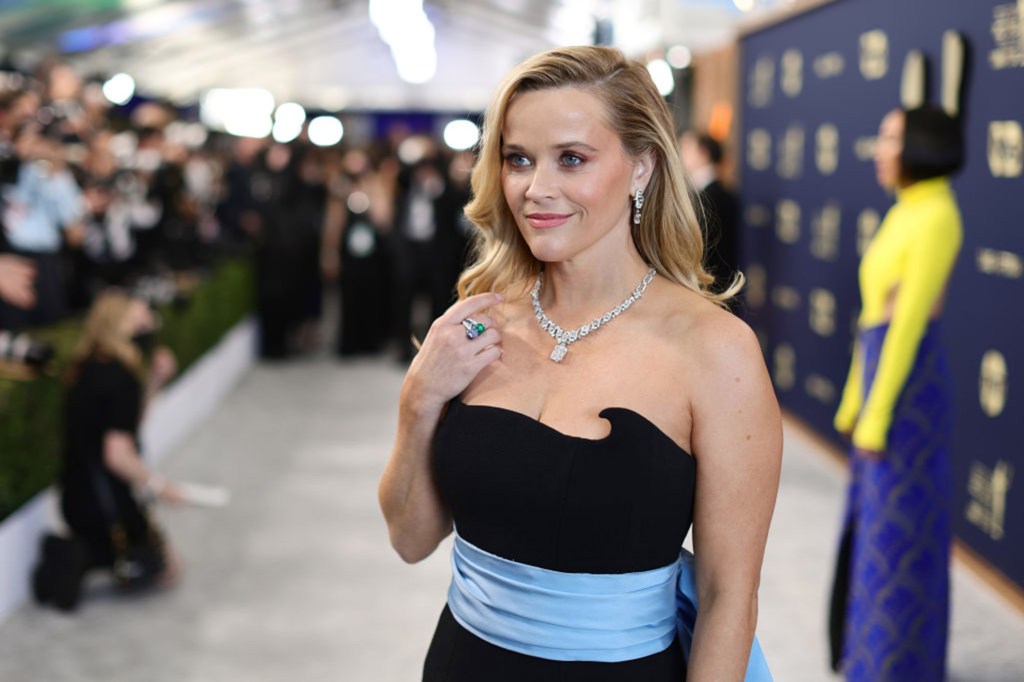 Bright lights lie ahead of Reese Witherspoon.Getty Images for WarnerMedia

What are predictions for Reese Witherspoon?

So what lies ahead for America’s sweetheart? Beautiful, beautiful things, actually. (And no, I don’t say that about everybody!) First off, her Sun is at the very early degrees of Aries and her Jupiter is at the very end of Aries. I bring up these particular factors for a couple of reasons. In 2022 and the onset of 2023, Jupiter, the planet of miracles and expansion, will move over her Sun’s exact degrees not once, not twice, but three times!

Wow! This is huge because this will make her feel euphoric as she begins new projects, plans and endeavors. She will feel like she’s giving birth to a whole new era of her life. Not only would this foretell tremendous good luck, but it is going to get even better toward the spring of 2023 when Jupiter in the sky will reunite with her natal chart’s Jupiter, which is what we call a Jupiter Return — one of the luckiest periods of one’s life!

With all of this tremendous good fortune smiling upon her, she will be able to harness the energy and truly set up new patterns for the coming 12-year cycle. She’s already at the top of her game, but I think this will energize her both personally and professionally — as she focuses on what makes her happiest and what she would like to build in this newfound chapter. Bright skies lie ahead — may she soar ever further into the light. You heard it here first.