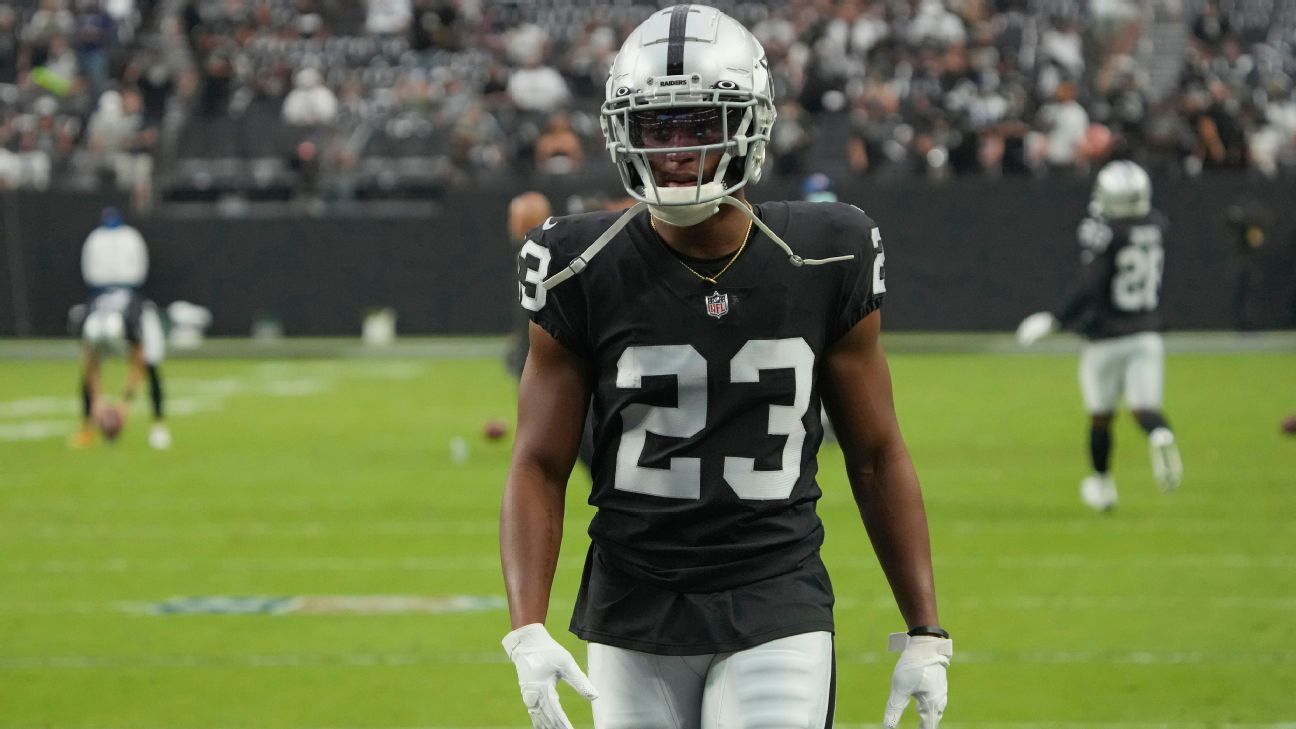 HENDERSON, Nev. — The Las Vegas Raiders plan to release veteran running back Kenyan Drake and absorb a $3.6 million salary-cap hit this year and $4.4 million in 2023 as a result.

Drake said in a phone interview with The Associated Press on Monday that general manager Dave Ziegler called him personally to let him know the team was moving on.

“He let me know how they were planning on moving forward, how really uncustomary it was for him to tell me himself, and that was just a testament to the respect he has for me as a player, and as a man,” Drake said.

Drake, 28, was returning from a broken right ankle suffered in Week 13 last season. He had played in all three of the Raiders’ preseason games thus far and told ESPN after the game against the Minnesota Vikings on Aug. 14 that the running backs were the “heartbeat” and “engine” of the team.

“They had their guys. I mean, they drafted two running backs, they brought in two other running backs, all who I have admiration for. I have respect for their game. So I have nothing bad to say about the organization with how they decided to move,” Drake told the AP. “I’ve been around this game for a while now, and I could just see myself being the odd man out. I feel like it just presents an opportunity for me to go to another team and continue to be the playmaker that I’ve always been.”

If Drake is released rather than traded, the Raiders would take an $8 million dead money hit on the salary cap. Drake said Ziegler told him he would seek an immediate trade.

“If not within the next 24 hours, then for them to kind of just really move on from there, because I was gonna be released regardless,” Drake said. “I just know that regardless, somebody has to pay that contract, whether it is the Raiders or whether it’s the team that eventually picks me up. So pretty much I’ll be getting paid.”

Drake said he could be an asset to another team as a dual-threat back.

“I’m not really looking for any specific type of money, or opportunity specifically. I just want to be able to go out there and compete and help a team win games,” he said. “I’m a simple man. I’m not necessarily in the latter part of my career, but I’m not a second, or third-year player anymore.”

In the three preseason games, Drake rushed for 30 yards on 12 carries and caught five passes for 27 yards.

Drake signed a two-year, $11 million free agent contract with the Raiders last year, when Mike Mayock was general manager and Jon Gruden was coach, but he restructured the deal.

The new regime of Ziegler and coach Josh McDaniels, though, seemingly sent a warning flare by keeping several players in Las Vegas for Saturday’s game at the Miami Dolphins but taking Drake to South Florida.

NFL teams must trim their rosters to 80 players by Tuesday at 4 p.m. ET.

Information from The Associated Press was included in this report.