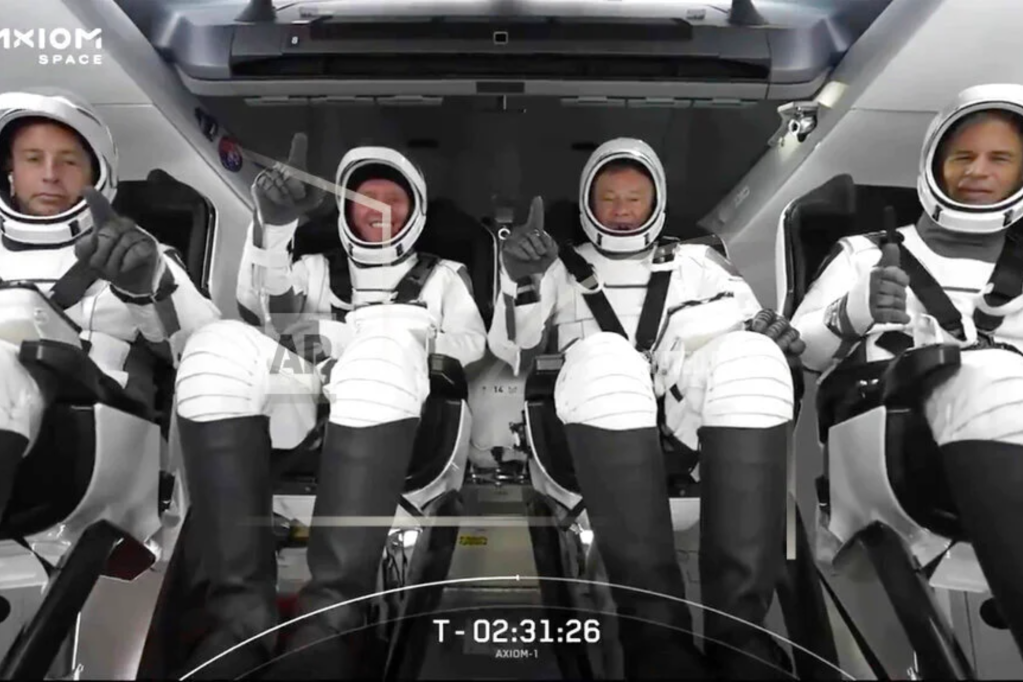 CAPE CANAVERAL, Fla., April 8 – Four men selected to become the first all-private astronaut team ever launched to the International Space Station (ISS) were strapped into their seats aboard a SpaceX rocketship on Friday, preparing for a mission hailed as a milestone in commercialized spaceflight.

The foursome were set to lift off at 11:17 a.m. EDT from NASA’s Kennedy Space Center in Cape Canaveral, Florida, beginning a landmark debut flight and orbital science mission for the Houston-based startup Axiom Space Inc.

If all goes as planned, the quartet led by retired NASA astronaut Michael Lopez-Alegria will arrive at the space station on Saturday, after a 20-hour-plus flight, as their SpaceX-supplied Crew Dragon capsule docks with the orbiting outpost some 250 miles above the Earth.

SpaceX, the privately funded company of billionaire Elon Musk, also is providing the Falcon 9 rocket to propel the Crew Dragon to space and is directing mission control for the flight from its headquarters near Los Angeles.

A joint Axiom-SpaceX live webcast showed the four-man team inside the crew compartment, seated calmly in their helmeted white-and-black flight suits as ground technicians prepared the spacecraft for blastoff.

NASA, besides furnishing the launch site, assumes responsibility for the astronauts once they rendezvous with the space station to undertake eight days of science and biomedical research. 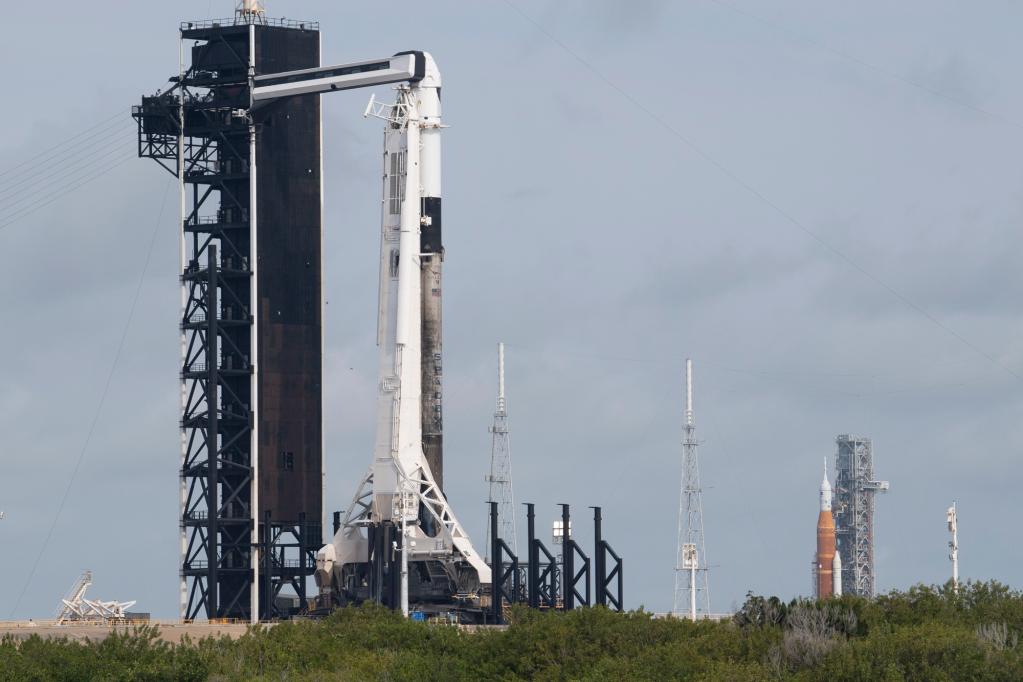 The mission, representing a partnership among Axiom, SpaceX and NASA, is touted by all three as a major step in the latest expansion of commercial space ventures collectively referred to by insiders as the low-Earth orbit economy, or “LEO economy” for short.

While the space station has hosted civilian visitors from time to time, the Ax-1 mission will mark the first all-commercial team of astronauts to use ISS for its intended purpose as an orbiting laboratory.

They will be sharing the weightless work environment with seven regular crew members aboard the ISS – three American astronauts, a German astronaut and three Russian cosmonauts.

Lopez-Alegria, 63, is the Spanish-born mission commander and Axiom vice president of business development. His second-in-command is Larry Connor, an entrepreneur and aerobatics aviator from Ohio designated as the mission pilot. Connor is in his 70s but the company did not provide his precise age. 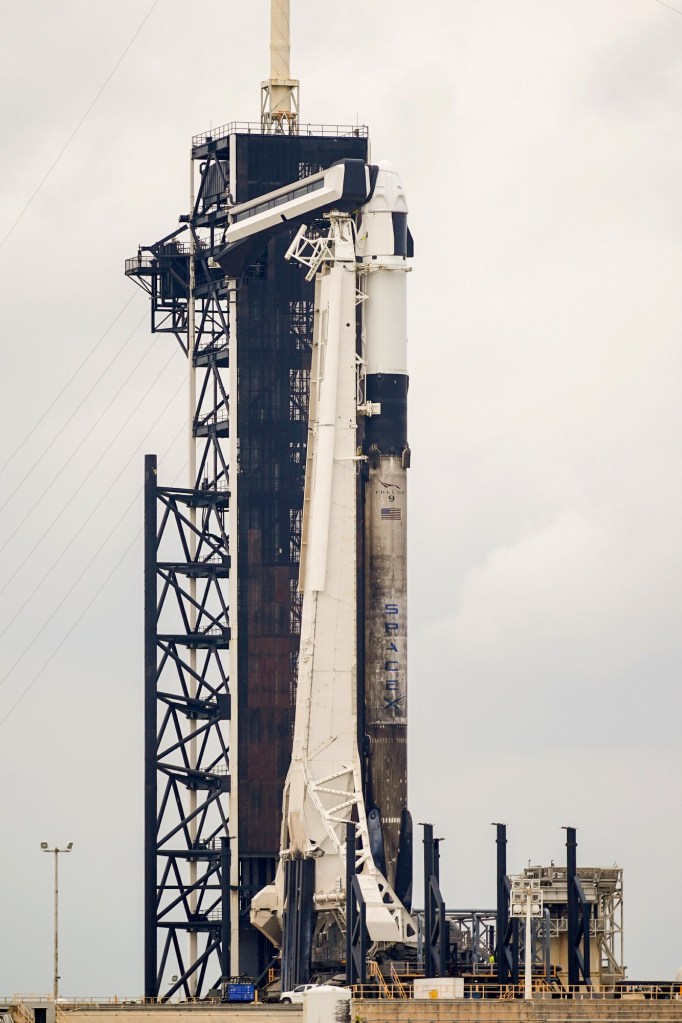 Rounding out the Ax-1 team are Israeli investor-philanthropist and former fighter pilot Eytan Stibbe, 64, and Canadian businessman and philanthropist Mark Pathy, 52, both serving as mission specialists. Stibbe is set to become the second Israeli in space, after Ilan Ramon, who perished with six NASA crewmates in the 2003 space shuttle Columbia disaster.

The Axiom crew members may appear to have a lot in common with many of the wealthy passengers taking suborbital rides lately aboard the Blue Origin and Virgin Galactic services offered by billionaires Jeff Bezos and Richard Branson, respectively.

But Axiom executives said their mission goes far beyond space tourism, with each crew member undergoing hundreds of hours in astronaut training with both NASA and SpaceX.

The Ax-1 team also will be conducting more than two dozen science experiments aboard ISS, including research on brain health, cardiac stem cells, cancer and aging as well as a technology demonstration to produce optics using the surface tension of fluids in microgravity, company executives said. 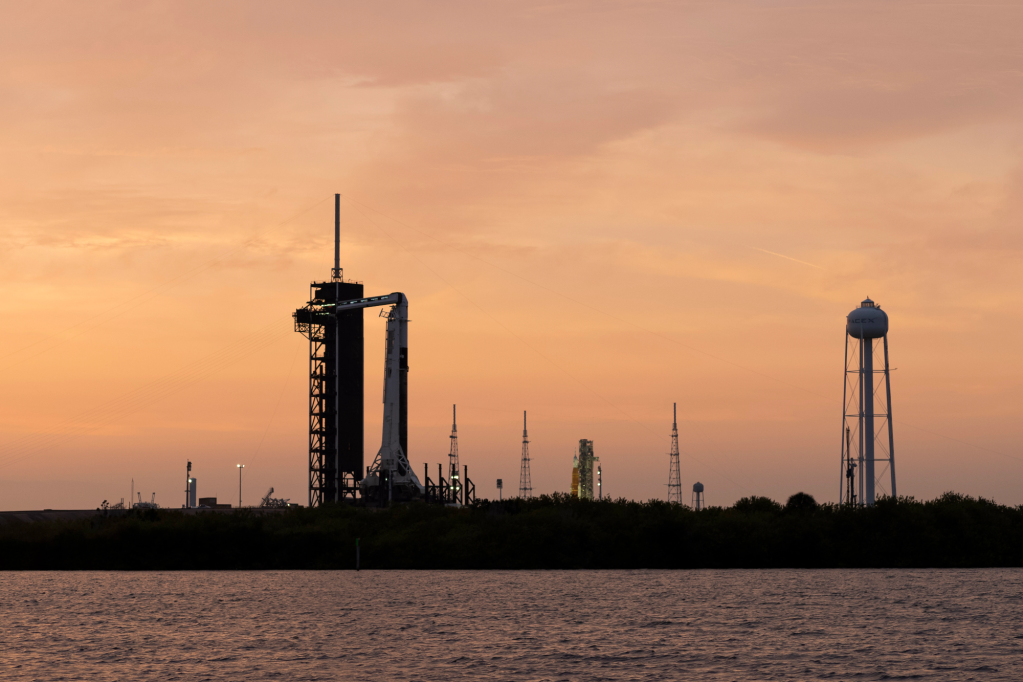 The mission hailed as a milestone in commercialized spaceflight.AP

Launched to orbit in 1998, the space station has been continuously occupied since 2000 under a U.S.-Russian-led partnership including Canada, Japan and 11 European countries.

NASA has no plans to invest in a new space station once ISS is retired, sometime around 2030. But NASA selected Axiom in 2020 to design and develop a new commercial wing to the orbiting laboratory, which currently spans the approximate size of a football field.

Plans call for eventually detaching the Axiom modules from the rest of the station when it is ready to be decommissioned. Other private operators are expected to place their own stations in orbit once ISS is out of service.

In the meantime, Axiom said it has contracted with SpaceX to fly three more private astronaut missions to the space station over the next two years.