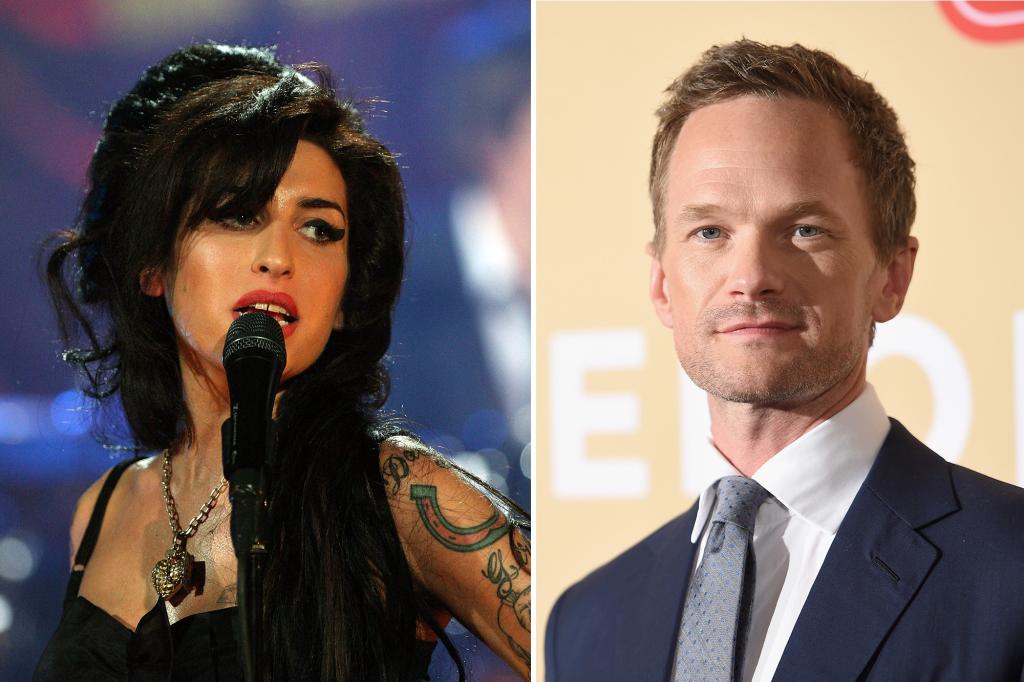 Social media watchdogs are biting Neil Patrick Harris for a photo posted 11 years ago, which has recently resurfaced online and shocked fans all over again.

A picture taken during his 2011 Halloween party showed a dish he served that was labeled “The Corpse of Amy Winehouse,” BuzzFeed reported. The photo, which was deleted shortly after being posted by Justin Mikita, featured a Winehouse lookalike appearing bloody and mangled.

The “Rehab” singer died just three months before Halloween, at the age of 27.

Writer Ashley Reed tweeted on Tuesday about the ill-advised dish from the 48-year-old “How I Met Your Mother” star’s party, which immediately went viral.

“I cannot believe how many very online people over the age of 25 are just now finding out about Neil Patrick Harris’s disgusting Amy Winehouse cake,” the tweet from Reed, who has since switched her account to private, read. 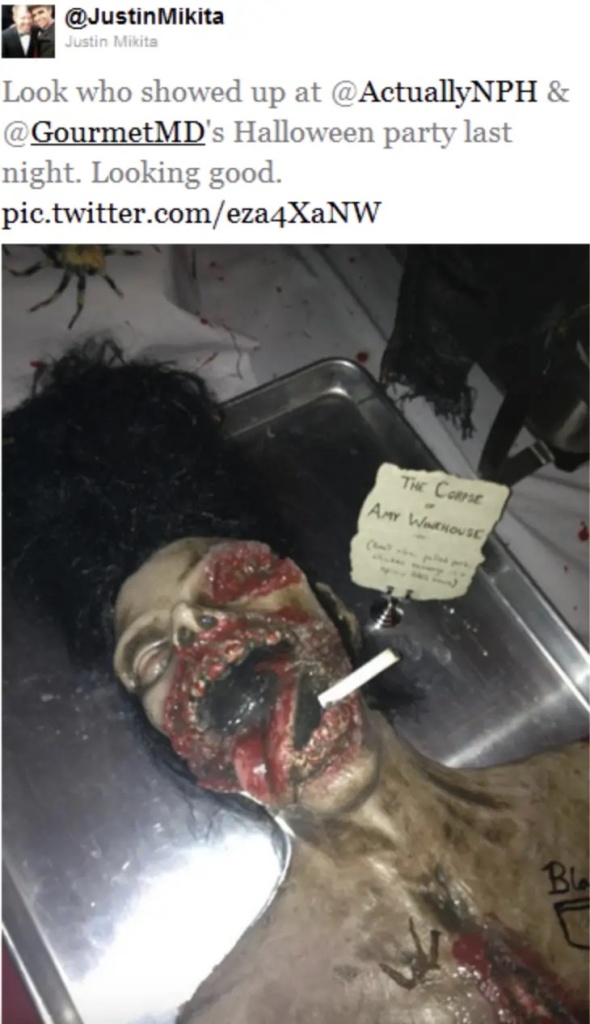 The Halloween dish from Harris’ 2011 bash was called “The Corpse of Amy Winehouse.” Jesse Tyler Ferguson’s now-husband, Justin Mikita, tweeted out the photo at the time.Twitter: @justinmikita

“Yea Neil Patrick Harris quite literally had a cake mimicking Amy Winehouse’s corpse for Halloween soon after she died. I’ve loathed that man ever since,” her second tweet read.

Fans were disgusted by the reemerged photo and shared their thoughts with the Twitterverse. The incident was also shared to a Reddit sub for the anonymous gossip blogger Deuxmoi where users discussed Harris’ party foul.

“Yeah I had no idea he did this grotesque thing til the other day and I just have no f – – king respect for that person anymore,” one user wrote on Twitter. 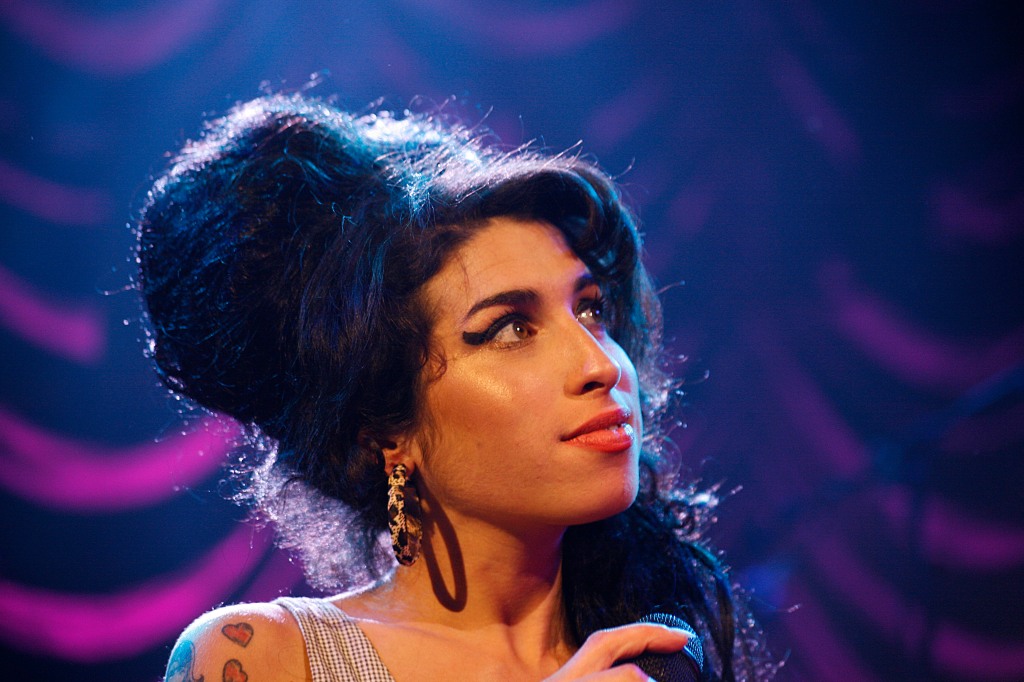 The British singer died in July 2011 ,at the age of 27, from alcohol poisoning.Redferns

Another added, “Society is way overdue for a discussion about the way Amy Winehouse was treated in the early 2000s and 2010s by the misogynistic celebrity media machine and the people who were a captive audience to it. Neil Patrick Harris’ f – – ked up corpse cake is just the tip of the iceberg.”

“What is wrong with Neil Patrick Harris? That’s so disturbing,” a cake critic commented.

“I can no longer enjoy a ‘Series of Unfortunate Events’ on @netflix, and any of his further projects, because I just found out Neil Patrick Harris commissioned a cake of Amy Winehouse’s corpse for a Halloween party. Sub human behavior,” one stated. 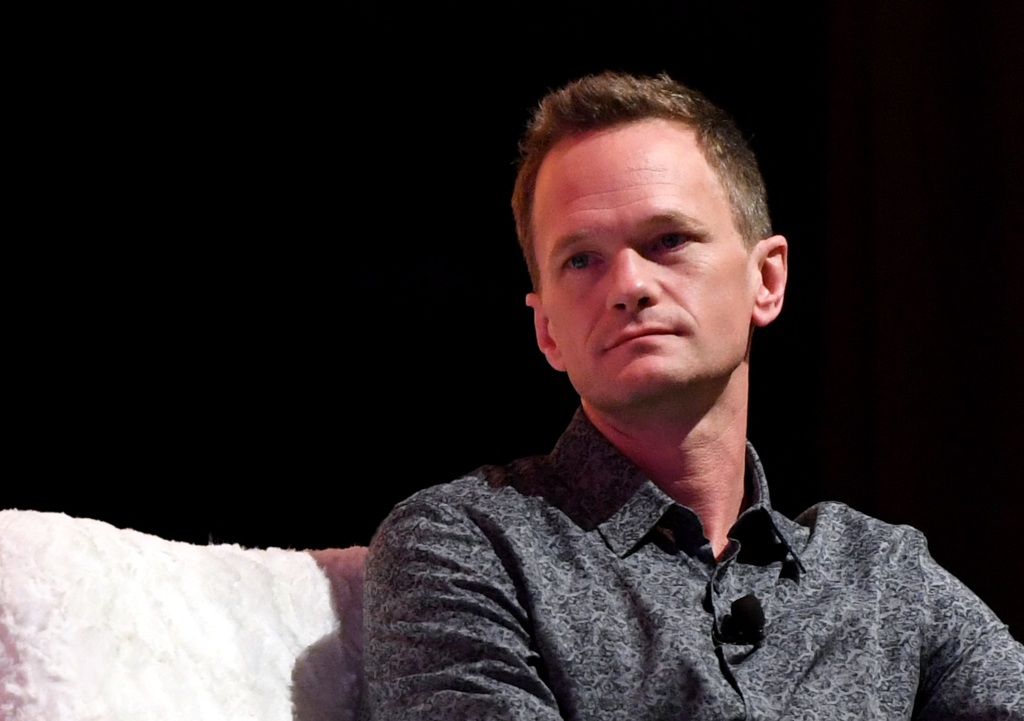 “What is wrong with Neil Patrick Harris? That’s so disturbing,” a user wrote in response to the resurfaced photo. Getty Images

More comments from shocked onlookers poured in from the SubReddit, with one writing: “Wtf I wasn’t expecting the cake to be that graphic, this is so sick.” Another Reddit user chimed in: “WOW. This is so wildly inappropriate. My jaw dropped.”

“What in the actual f – – k!? I can’t believe I had no idea and I LOVE celebrity gossip. This is absolutely vile,” a user noted. “I’m literally nauseous right now after viewing that. So wrong and in poor taste,” another scribed.

Next post Giannis Antetokounmpo vs. Jayson Tatum: A rivalry that could determine