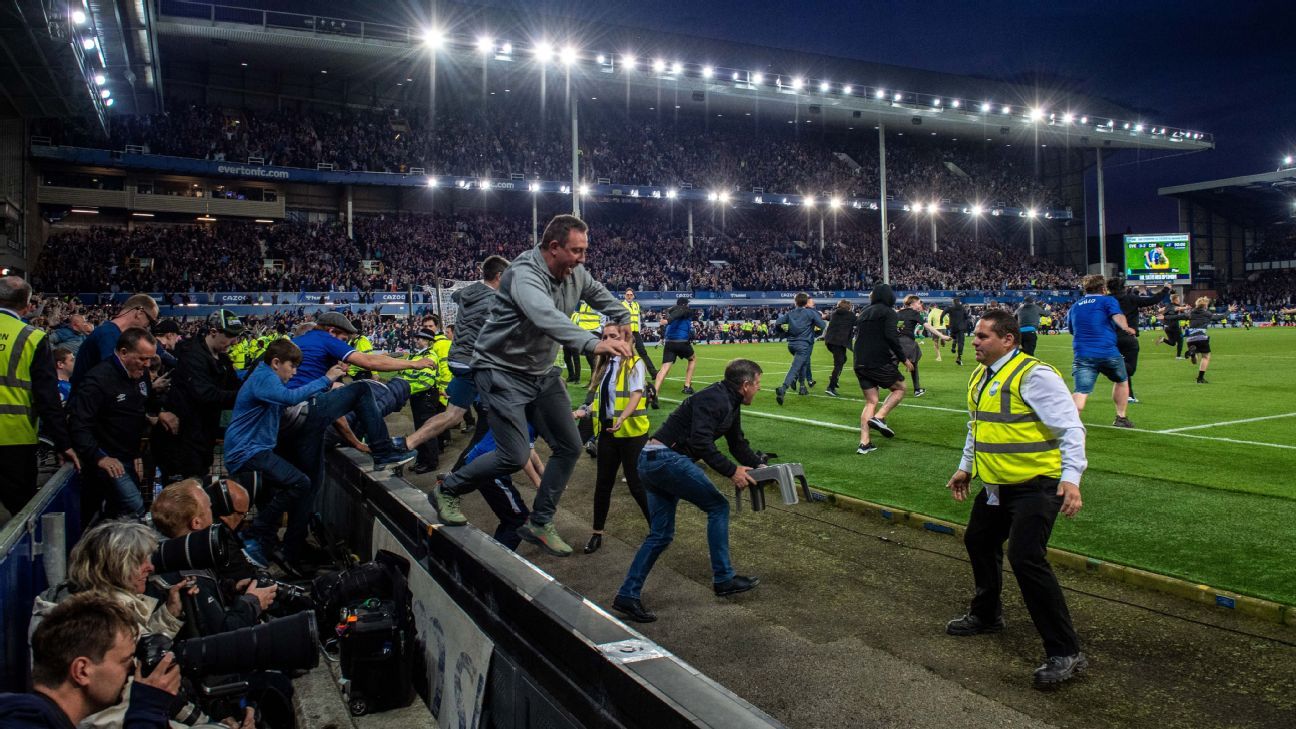 Amid a pitch invasion by Everton fans, Crystal Palace manager Patrick Vieira appeared to kick out at a supporter who looked to be goading him during a confrontation.

The field was flooded by Everton supporters after their team recovered from 2-0 down at halftime to win 3-2 on Thursday and secure Premier League survival before Sunday’s final round.

As Vieira tried to leave the field, a supporter seemingly holding up a phone could be seen extending his arms toward the Frenchman’s face. Vieira then turns and tries to grab the phone before kicking him with his right foot. The fan fell to the ground.

Video footage of the mayhem then shows Vieira attempting to walk away.

“I’ve got nothing to say on that,” Vieira told reporters after he was questioned about the incident.

“I feel for Patrick,” Everton manager Frank Lampard said. “I didn’t get him at the end. I would have said, ‘Come in with us,’ although he might not have wanted that. Of course he ran 80 yards across the pitch and it’s not easy.”

On Tuesday, Sheffield United captain Billy Sharp was assaulted by a Nottingham Forest fan who had joined others in pouring onto the field. The fan was sentenced Thursday to 24 weeks in prison.

“It was pure elation of fans who have come on the pitch after avoiding relegation,” he said. “If it is done in the right way let them stay on the pitch, let them have their moment. As long as they behave, no problem.”