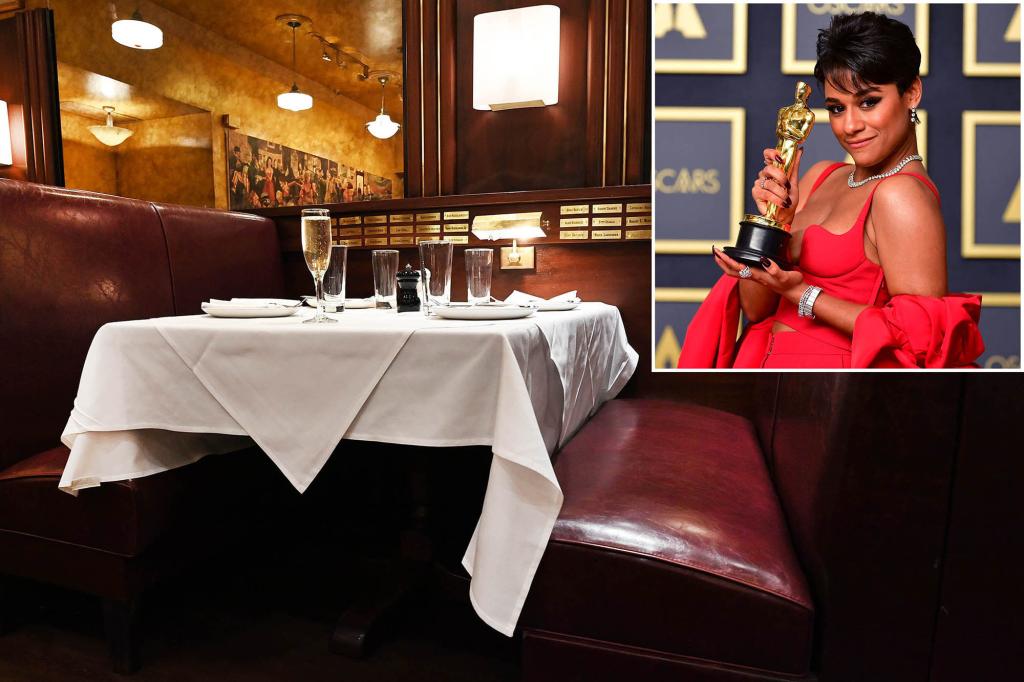 Oscar winner Ariana DeBose earned her place at the table — and booth — in one of the Theater District’s hottest celebrity haunts.

DeBose, 31, who scored the Best Supporting Actress award for playing Anita in “West Side Story,” will get a piece of Bond 45 named after her —  booth M42 in the VIP section.

“She probably came once a week while Donna Summer ran down the street at the Lunt-Fontanne Theatre … she was part of the family,” said Ben Grossman, CEO of the Fireman Hospitality Group, which includes Bond 45 and a list of other notable Big Apple eateries such as the Brooklyn Diner, Café Fiorello, Trattoria Dell’Arte and the Redeye Grille.

The name plaque is a nod to DeBose’s loyal patronage — she was a regular back in 2017 after her nights performing in “Summer: The Donna Summer Musical” — and was already being planned before she got her Oscar nomination. 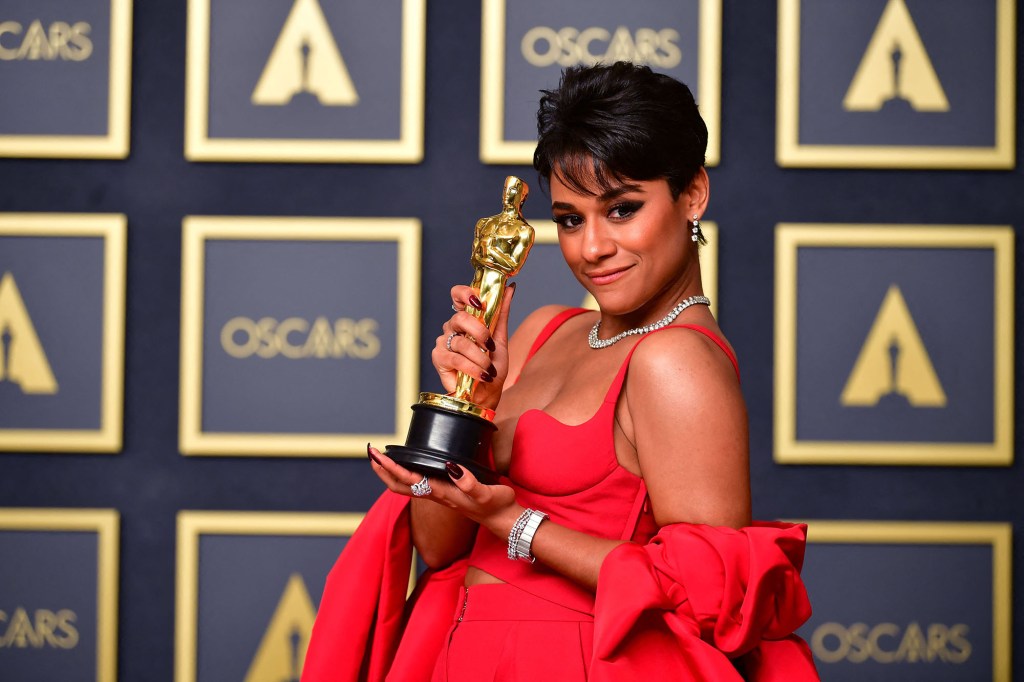 DeBose nabbed the Oscar for her role as Anita in “West Side Story.”AFP via Getty Images

Five years ago, DeBose could be found at the restaurant’s Donna Summer After Parties, which were held nightly, “dancing, drinking and trying to promote the show.” “She was a big fan of the Prosecco,” Grossman said.

DeBose’s performance was as sparkling as her favorite drink — her Donna Summer earned her a Tony nomination.  Even back then, the actress, a North Carolina native, who left her home to move to New York at 19, stood out amongst her peers.

“She was always the first person to make sure that her table had the food and everything they needed,” said the hospitality group’s marketing manager, Beth Tuminello. 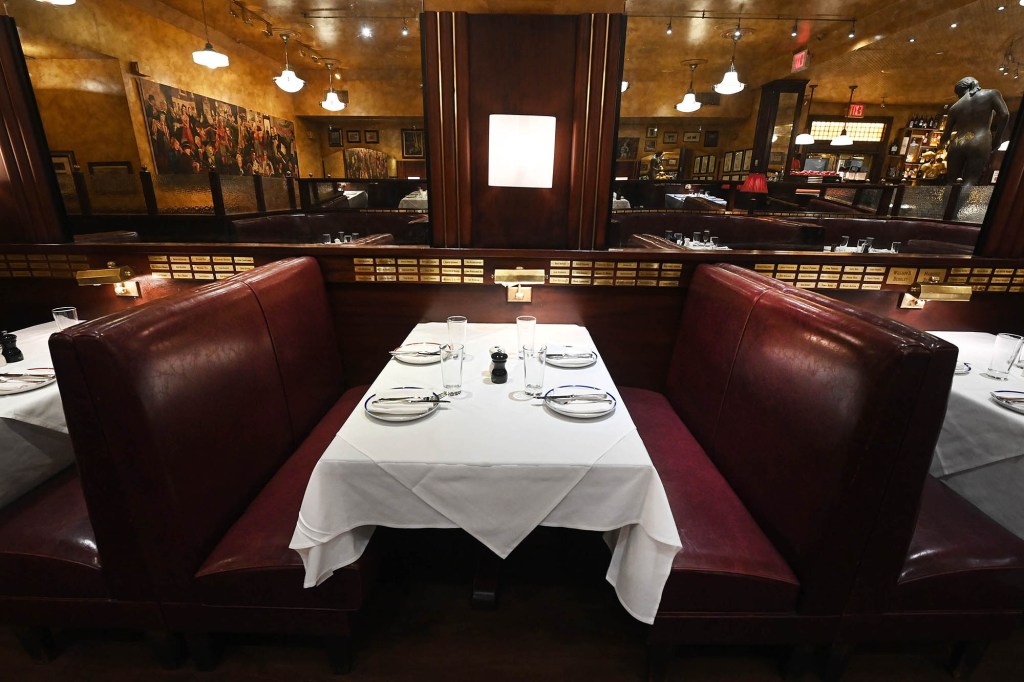 Five years ago, DeBose could be found at the restaurant’s Donna Summer After Parties, which were held nightly.Helayne Seidman

Restaurant group founder and CEO, Shelly Fireman — who has been in the New York restaurant business since 1963 — has a long-standing tradition of naming booths after his famous patrons.

“Everyone likes their names in lights … It makes people come back. If they know they have their names up, they bring their friends and family, their grandmothers to show them that they’re stars,” Fireman said.

The Bronx native-turned Upper West Side restaurateur began the booth naming at Café Fiorello — which he lives above — in the early ‘80s. The custom then spread to the Brooklyn Diner in the ‘90s and Bond 45 in the early ‘00s. 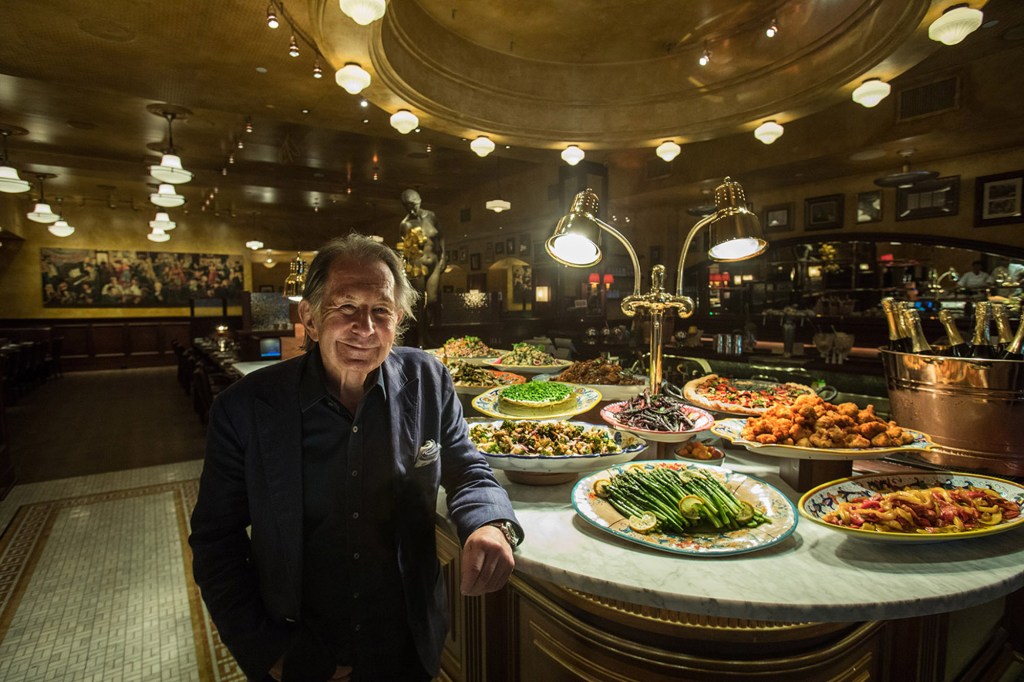 Shelly Fireman — who has been in the New York restaurant business since 1963 — has a tradition of naming booths after his famous patrons.Michael Berman

Throughout his close to 60-year reign over his empire of dining landmarks in the Big Apple, Fireman has witnessed some memorable moments surrounding the plaques. “I’ll tell you the one that got most stolen, Monica Lewinsky,” he said. “I swear to you, it was the craziest … We put up maybe 10.”

And the most photographed is the Joy and Regis Philbin plaque at Café Fiorello. “He was a true treasure and Fiorello regular diner,” Grossman said.

Given her meteoric rise, DeBose’s plaque will be larger than originally intended when it’s unveiled on April 15. 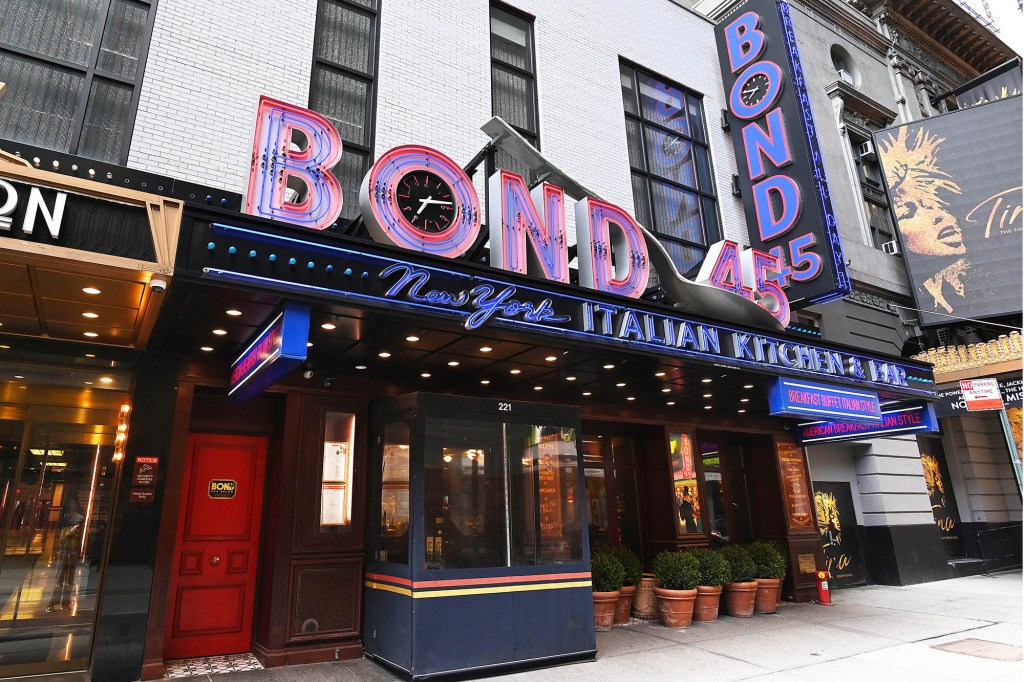 Given her rise to stardom, DeBose’s plaque will be bigger than originally intended.Helayne Seidman