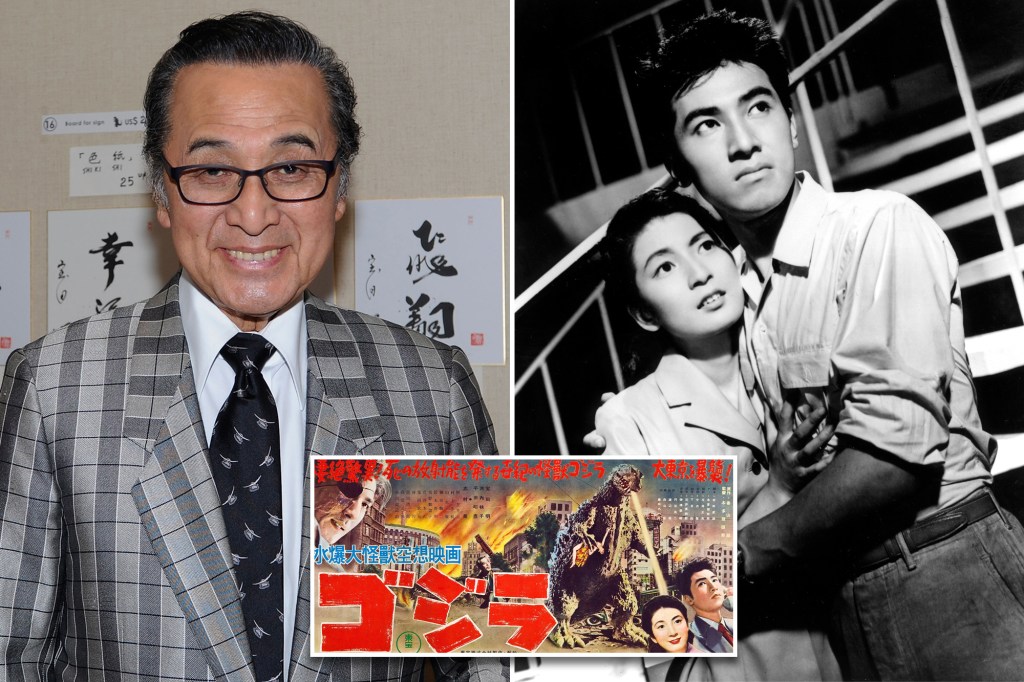 He was the King of the Monster Movies.

Akira Takarada, a Japanese actor and voiceover artist best known for appearing in the original 1954 “Godzilla,” died Monday at age 87. His passing was confirmed by Toho studios, which produced the original monster flick.

“We are saddened to hear of the passing of Akira Takarada,” they wrote in a Thursday tweet. “May his memory continue to inspire the lives of many Godzilla fans.”

Toho didn’t disclose a cause of death, but Takarada had been suffering debilitating lower back pain and had been in and out of the hospital in the past few years, the Anime News Network reported. On March 10, Takarada had appeared in a wheelchair at a fan greeting event for his movie “Yononaka ni Taete Sakura no Nakariseba” (“Endure the World and Lycee in the Cherry Blossoms”). 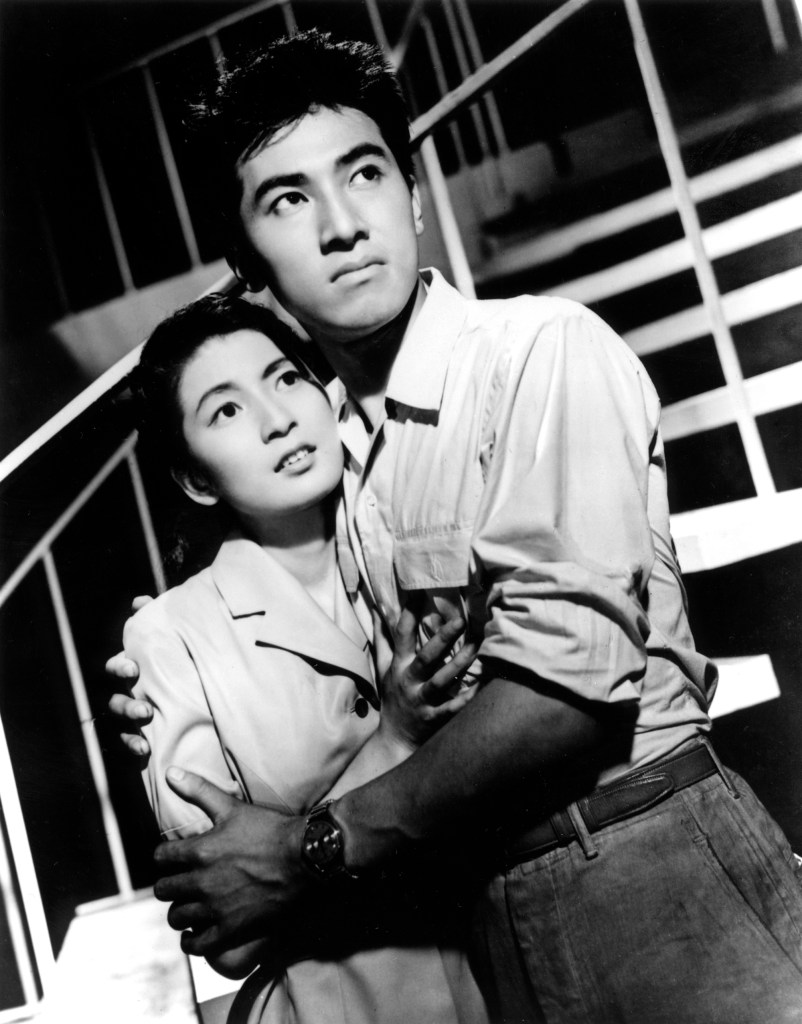 Takarada is most famous for playing sailor Hideto Ogata in the original 1954 film “Godzilla.”Courtesy Everett Collection 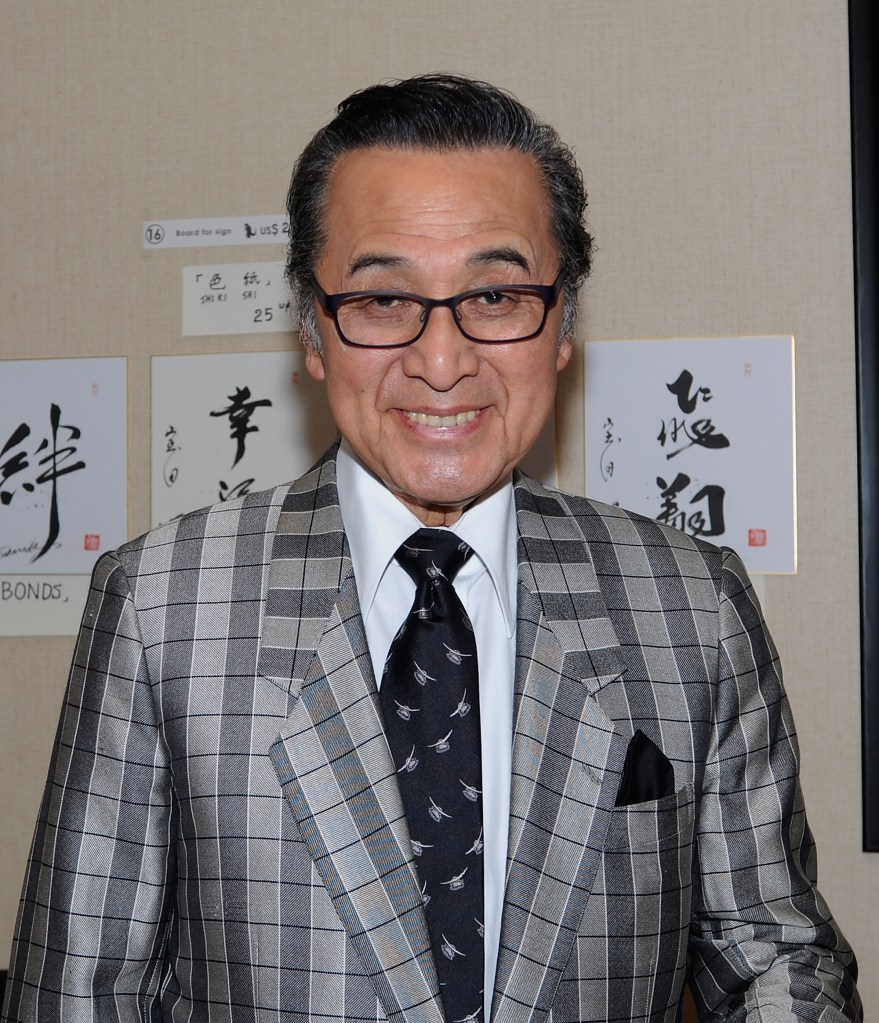 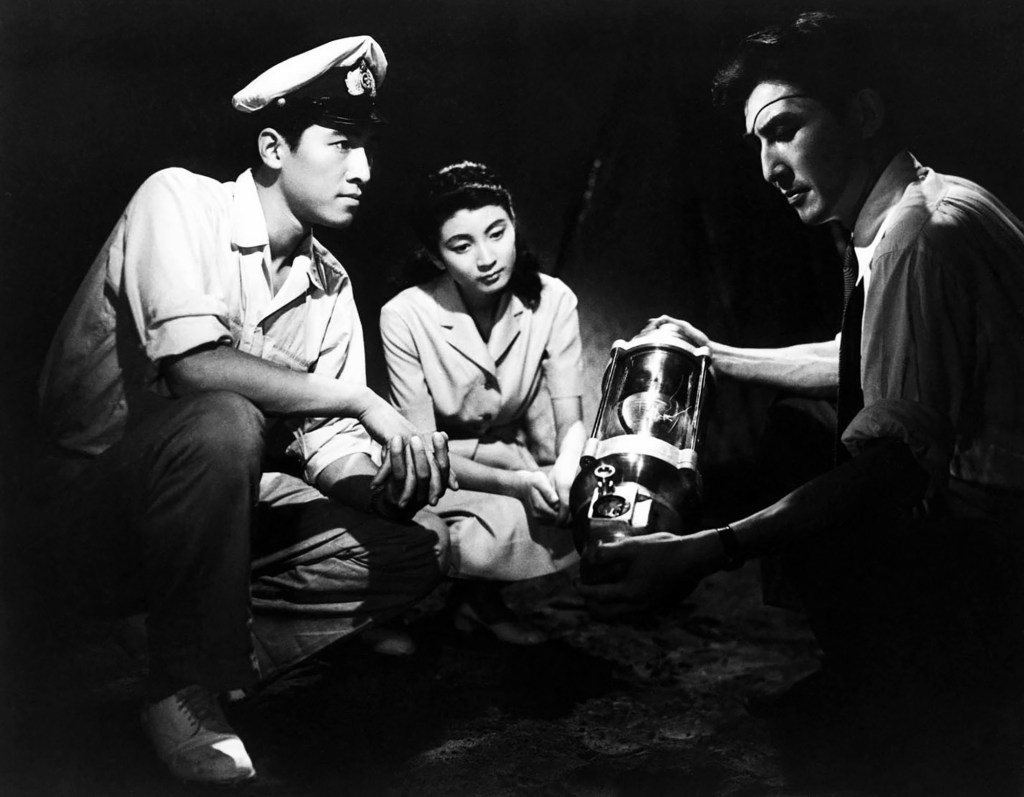 Takarada (left) in a scene from “Godzilla” (1954).Courtesy Everett Collection

Born on April 29, 1934, Takarada is most famous for playing sailor Hideto Ogata in the original 1954 film “Godzilla.” His character liaised with the Japanese Coast Guard after the first ship that Godzilla destroyed issued a distress signal, and witnessed the monster’s death from the Oxygen Destroyer at the end of the film.

The thespian also appeared in the American re-cut “Godzilla, King of the Monsters” (1956) starring Raymond Burr. 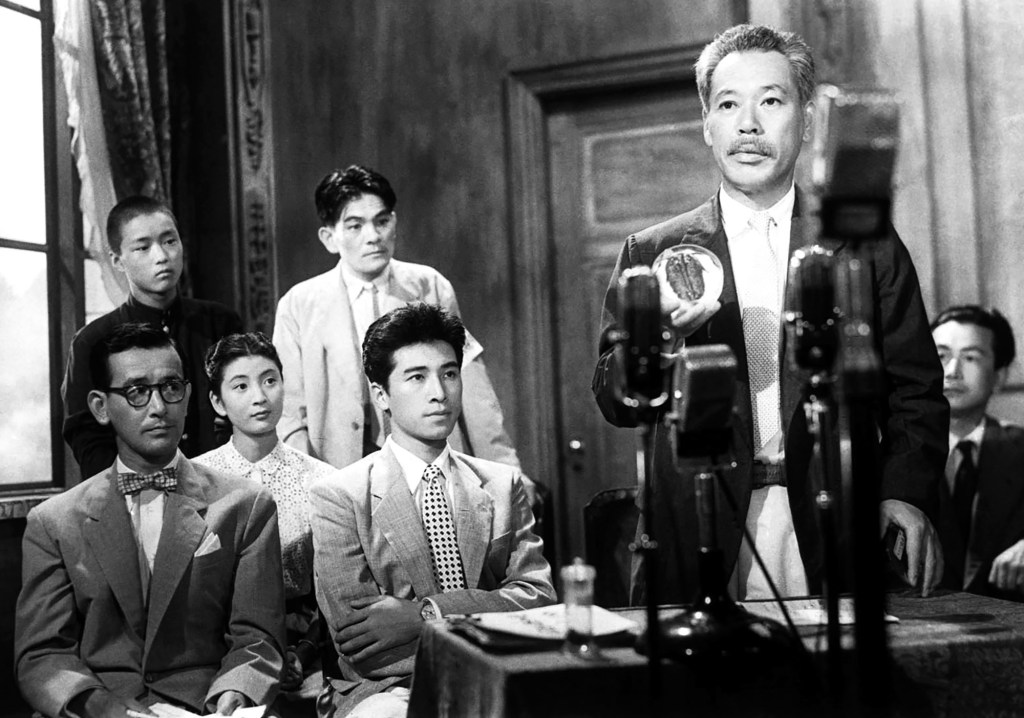 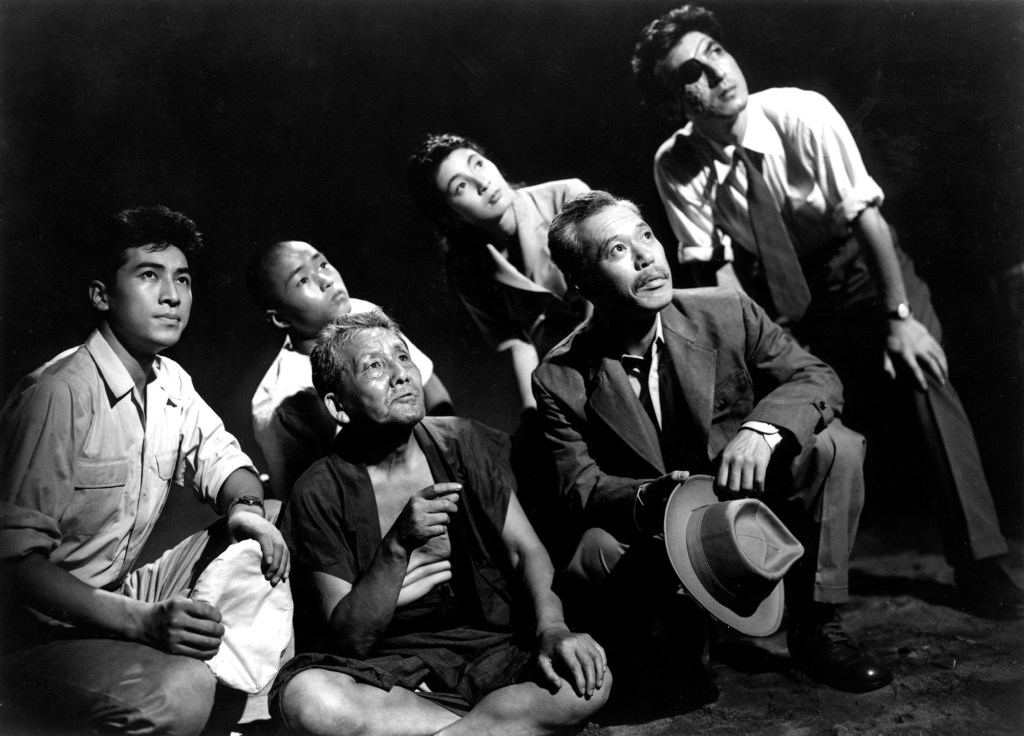 A poster for “Godzilla, King Of The Monsters.”Courtesy Everett Collection

From there, Takarada went on to star in a slew of flicks featuring the King of the Monsters, including “Mothra vs Godzilla” (1964) and “Godzilla vs Mothra” (1992). The actor’s last appearance in a Godzilla flick was in “Godzilla: Final Wars” (2004), although he filmed scenes for the 2014 US reboot “Godzilla,” which unfortunately didn’t make the final cut. However, he is still featured in the movie’s credits.

Along with his work on the Godzilla franchise, Takarada appeared in other atomic age monster mashes from “Invasion of the Astro-Monster” (1965) to “Ebirah, Horror of the Deep” (1966) and Toho’s “King Kong Escapes” (1967). 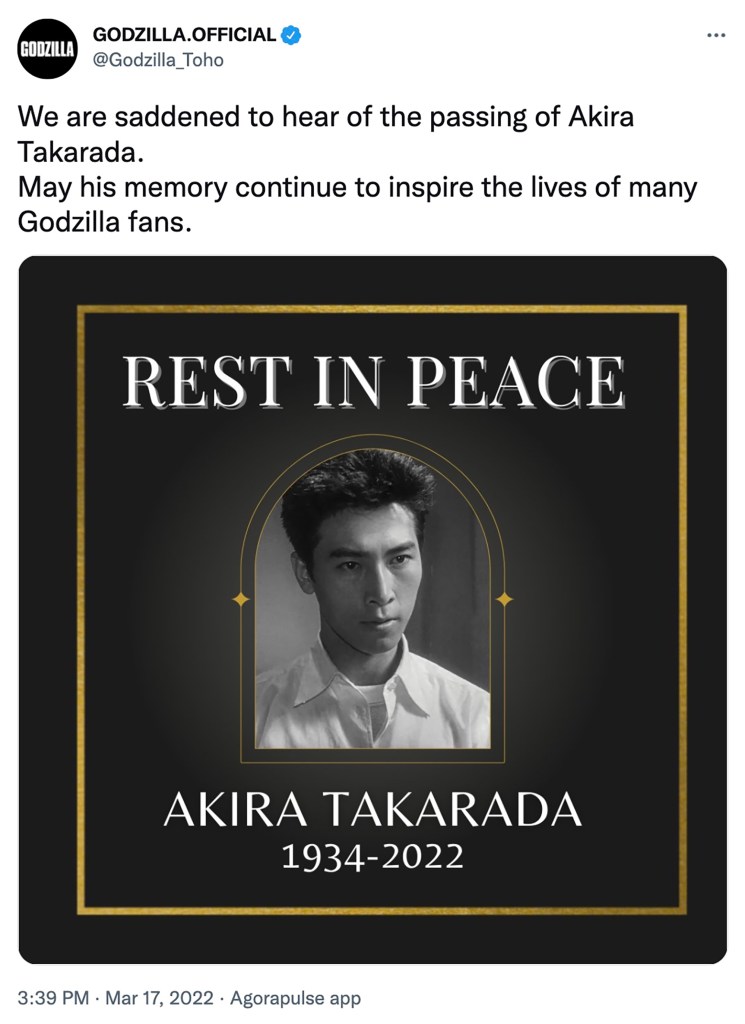 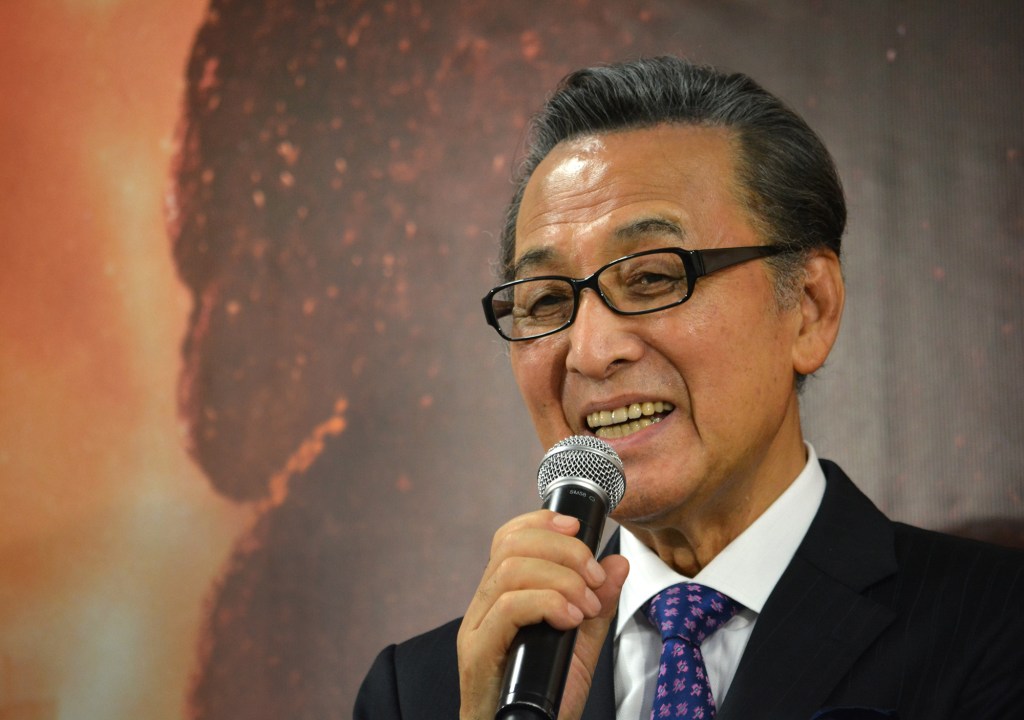 Along with his work on the Godzilla franchise, Takarada appeared in other atomic age monster mashes from “Invasion of the Astro-Monster” (1965) to “Ebirah, Horror of the Deep” (1966) and Toho’s “King Kong Escapes” (1967).AFP via Getty Images 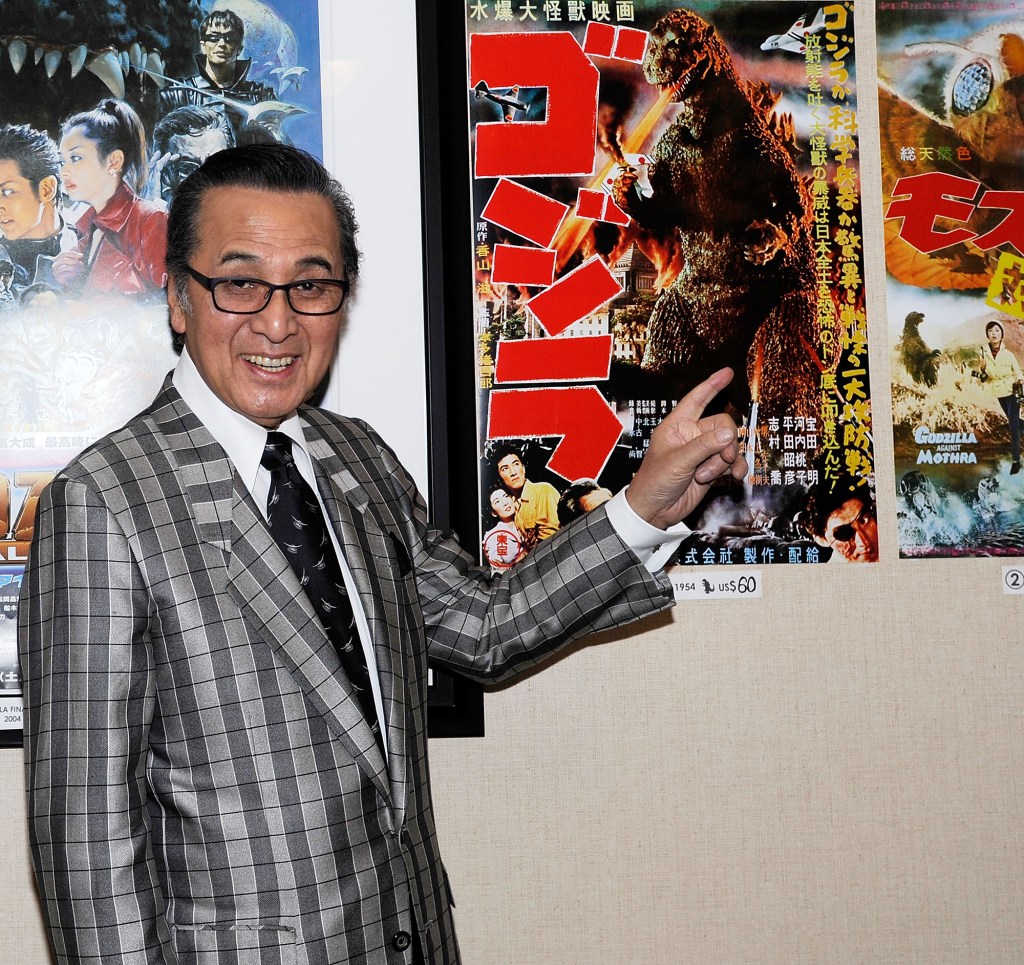 The actor’s star presence wasn’t limited to in front of the camera. A prolific voiceover artist, Takarada did the Japanese dub for “Doctor Doolittle” (1967), in which he lent his voice to the titular character, as well as Disney animated flicks, “The Great Mouse Detective” (1986) and “Aladdin” (1992), voicing baddies Ratigan and Jafar, respectively. He reprised his latter voiceover role for the “Kingdom Hearts” video games.

“Godzilla” fans offered their condolences to the monster movie giant.

“Thank you, Akira Takarada, for loving Godzilla so much,” wrote one crestfallen fan on Twitter. “Your enthusiasm, love, and support for the series has meant so much to me and to all of the Godzilla fans around the world. You are an icon. Our hero.”

“Rest in peace to Akira Takarada,” said another. “His impact on Japanese pop culture was irreplaceable and he will forever go down as a legend. RIP KING, may you rest in peace knowing that you changed the lives of millions.”