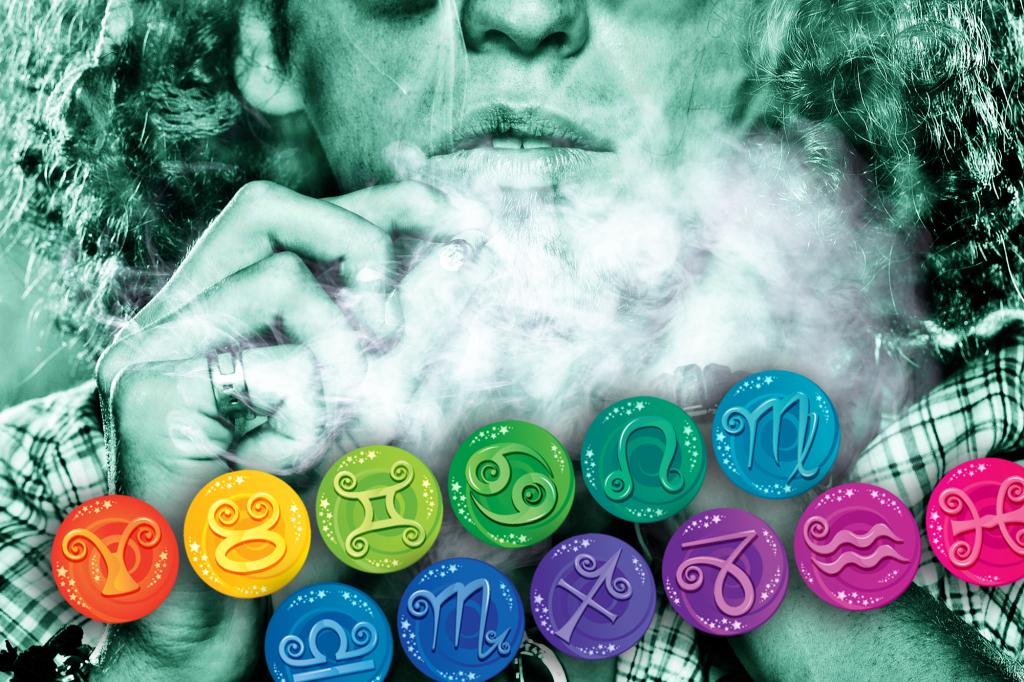 Whether you give a puff or not, there is an annual marijuana holiday — and people around the world are sparking up in celebration of cannabis.

So, as many a weed enthusiast marks 4/20 — the very haziest of unofficial holidays — we bring you a dank list of the “stoner” styles matched to each zodiac sign.

Not much of a stoner, Aries has a long list of other things — including but not limited to bridges, family members and incriminating evidence — they would prefer to burn.

Willie Nelson is a Taurus. Taurus is weed. I rest my case.

Unable to decide on a strand or a method of ingestion, Gemini does everything all at once and is found days later in a snorkel mask teaching their dog Morse code.

Cancer eats weed brownies in bed because being catatonic under a duvet cover riddled with crumbs is a dream come true for moon children of every age.

Leo uses pot leaves they absolutely didn’t grow to tastefully cover crotch and nipples for their Instagram thirst trap which they hashtag #cottonmouth.

Virgo grows their own because they are suspicious of pesticides and mistrustful of others. 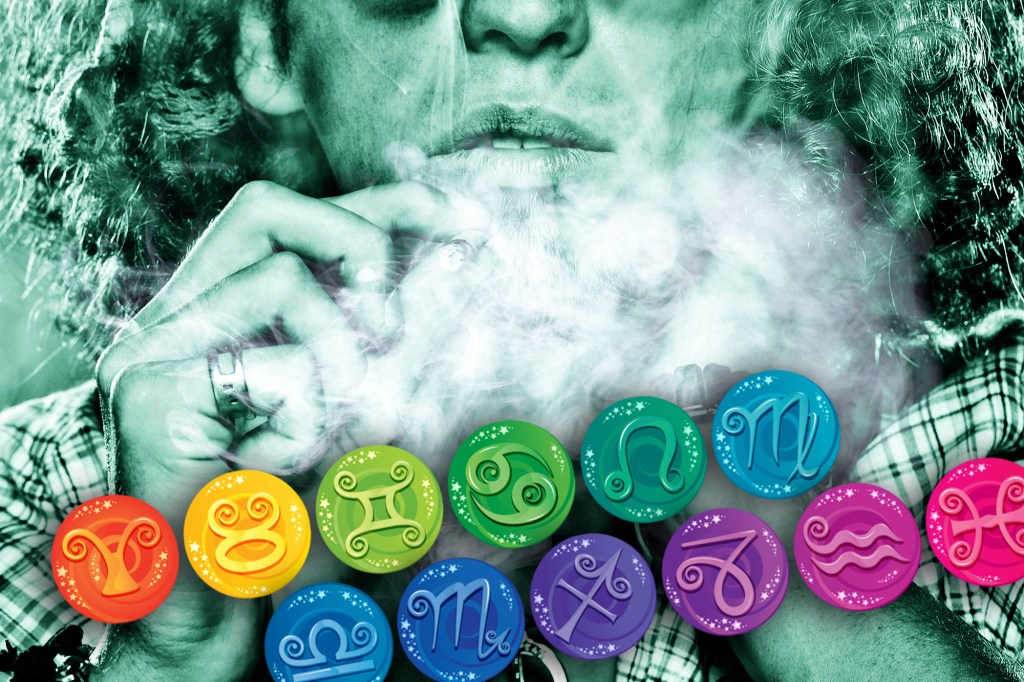 The annual “4/20” holiday is also known in marijuana culture as Cannabis Day or Weed Day — and marked by smokers around the world.NY Post Composite

Scorpio gets high alone, always in the dark, always while wearing velvet and only if the weed is sprinkled with the ashes of their exes and elders.

Sagittarius gets stoned and uses argyle sock puppets to act out the conflicting philosophies of Plato and Aristotle to the amusement of absolutely no one.

Ever enterprising, Capricorn owns or partners in a dispensary but doesn’t smoke because it hinders productivity.

Aquarius lives in an unmarked basement apartment on a diet of Dip N’ Dots and air saving up for the chance to get stoned in a zero gravity chamber.

Pisces gets inadvisably high and watches classic films at extremely close range, periodically licking the screen and imagining they can taste the secrets and secret shame of the stars.

Astrologer Reda Wigle researches and irreverently reports back on planetary configurations and their effect on each zodiac sign. Her horoscopes integrate history, poetry, pop culture and personal experience. She is also an accomplished writer who has profiled a variety of artists and performers, as well as extensively chronicled her experiences while traveling. Among the many intriguing topics she has tackled are cemetery etiquette, her love for dive bars, Cuban Airbnbs, a “girls guide” to strip clubs and the “weirdest” foods available abroad.