This Thursday, March 17, St. Patrick’s Day will mark the first holiday in two years that Gothamites will be able to celebrate without COVID restrictions. NYC dropped mask and vaccine mandates on March 7, with Mayor Adams declaring that the city was “back.”

Now, revelers are primed to raise an unapologetic pint of green beer and toast to the city’s return.

“I’m excited to pick up the St. Patricks day plans I left behind March 13, 2020,” Maggie McNeil, 24, a Murray Hill resident and associate at Price Waterhouse Coopers, told The Post.

Aine McGirr, 26, and Sean Magee, 27, flew from Ireland to celebrate their homeland’s beloved holiday. McGirr told The Post they are expecting “to be a bit nuts.”

Danny Andrade, who is based in Queens, is equally enthused: “Green vomit all the way!!!!” he hyped on Facebook.

Bar and restaurant owners are eager to serve. 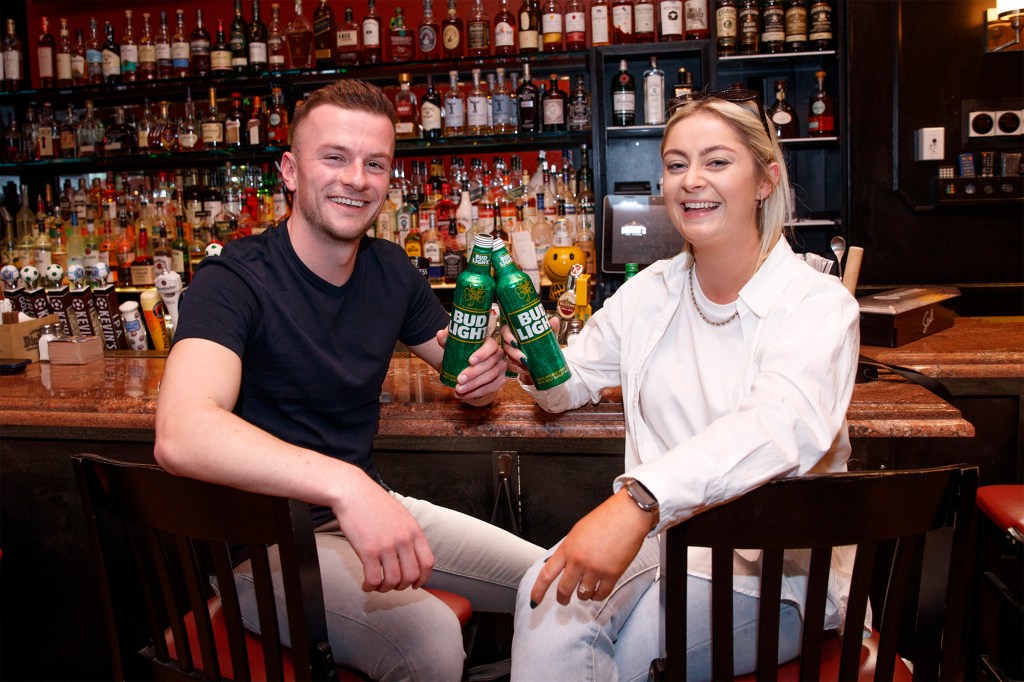 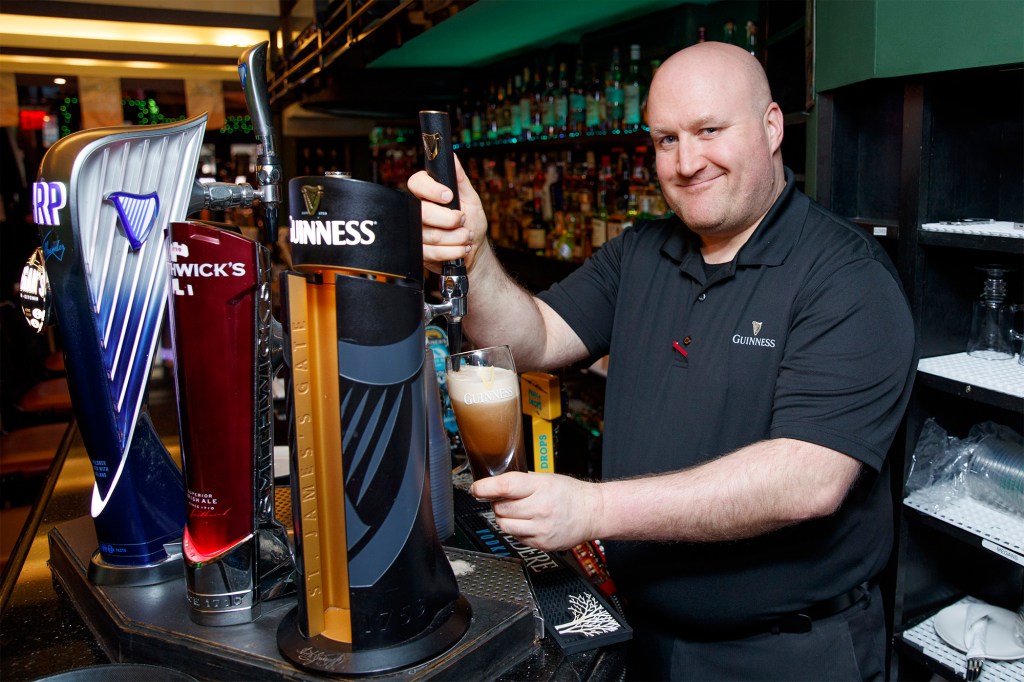 Bartender Trevor Kelly poured a perfect glass of Guinness at Megan’s Bar + Kitchen as people began getting in the Irish mood on Wednesday. Brian Zak/NY Post

“We’re prepared for massive crowds. People are itching to back to do something. It seems long overdue. People [will] be a bit more rowdy this year.”

“I think the city is ready for a bit of a party now,” said Danny McDonald — owner of Swift Hibernian Lounge, Ulysses, The Dead Rabbit, Underdog, Harry’s and The Bar at Moynihan Food Hall — told The Post.

“Everybody is chomping at the bit to feel a bit like old New York,” the restaurateur from Ireland said.

He remembers the heartbreak when he was forced to close house in 2020 just days before St. Patrick’s Day, as New York City enforced a coronavirus lockdown and required bars to shutter their doors.

“We had all the Guinness and Irish whiskey ready,” McDonald lamented. 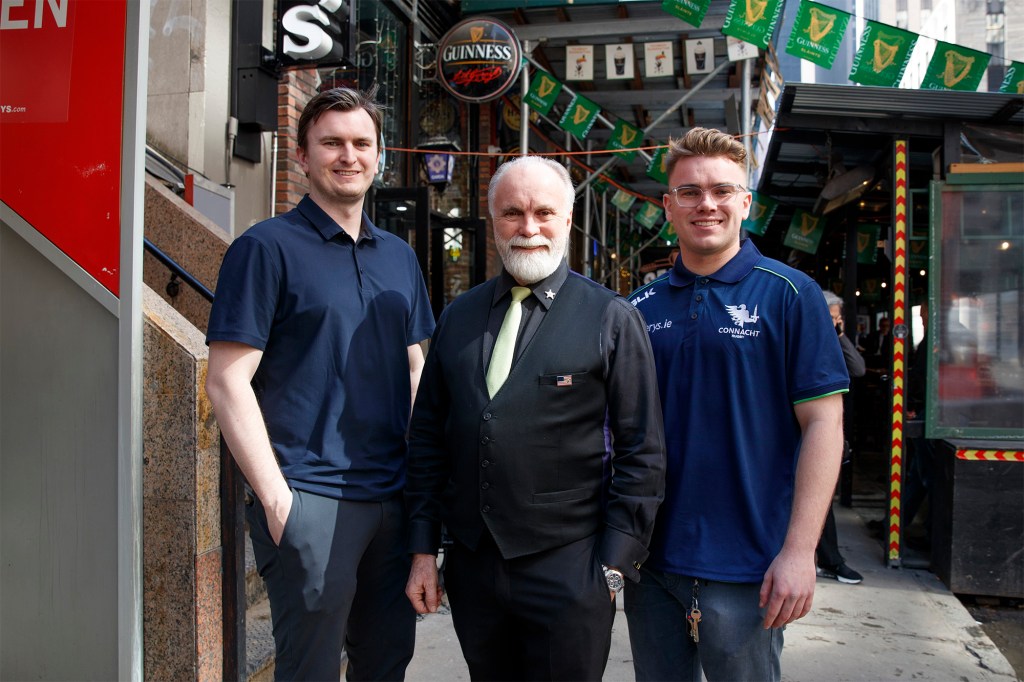 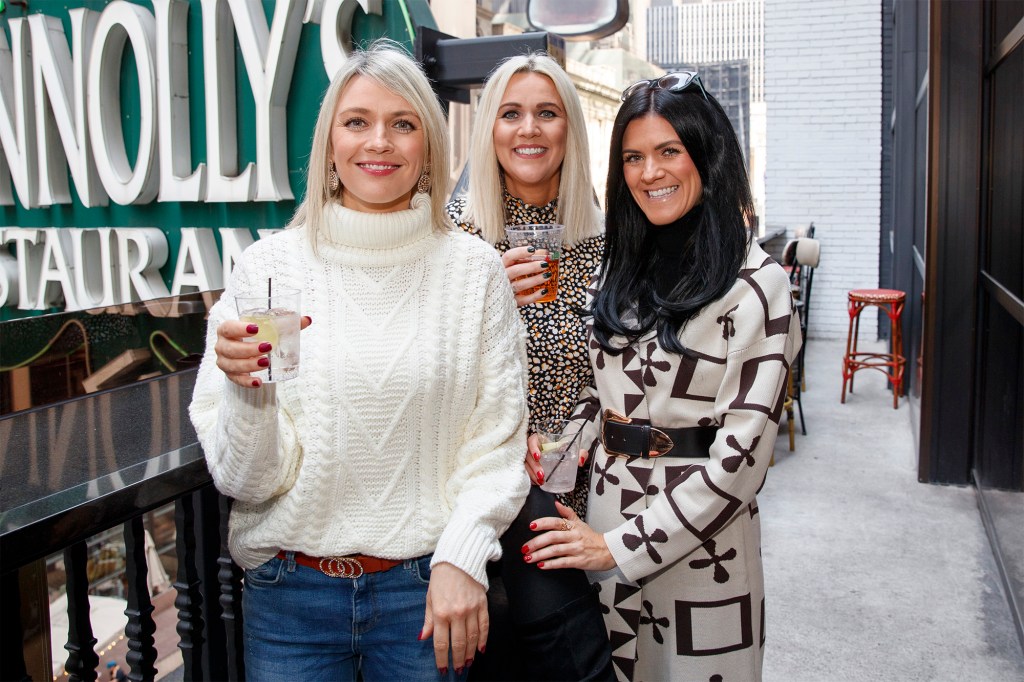 This year, St. Patrick’s Day falls on a Thursday, so many of the celebrations will blast through the weekend.

Ireland native Bernie Reilly and his sons, Sean and Kevin, are ready for their busiest day of the year and have already changed out several of their beer lines for the 700 extra kegs of Guinness they ordered for their Midtown bars, which include Sean’s Bar + Kitchen, Kevin’s Pub, Megan’s Bar + Kitchen, Reilly’s Plates & Pours, Connolly’s, The Perfect Pint and Merrion Row Hotel & Public House.

“We’re prepared for massive crowds. People are itching to back to do something. It seems long overdue,” said Sean, who expects “people to be a bit more rowdy this year.” 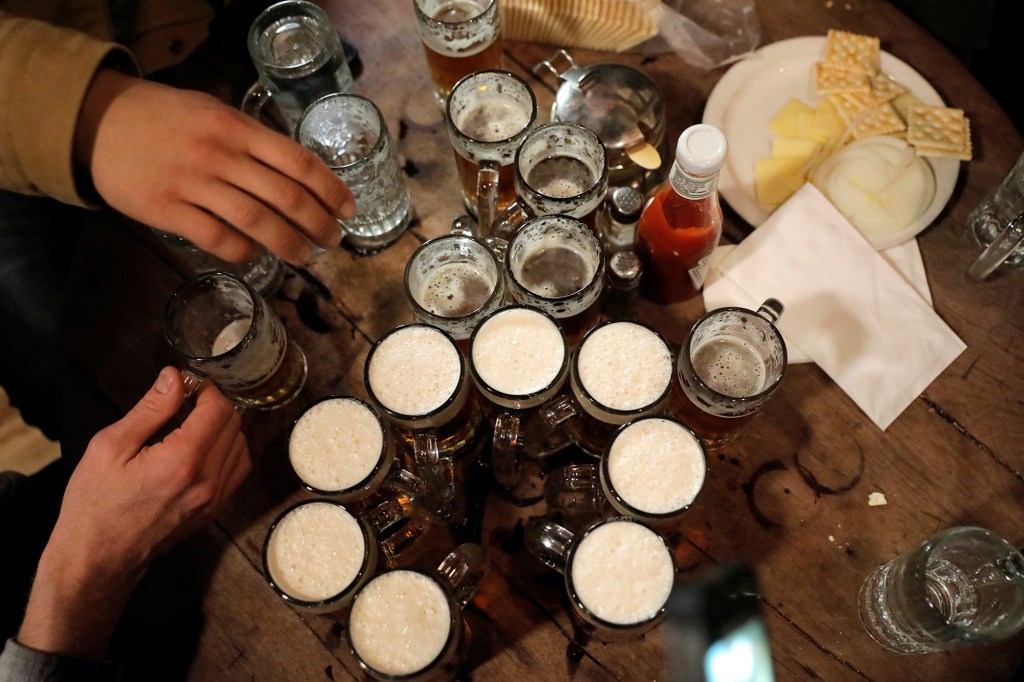 Flashback to March 16, 2020: A final round of ales sit on a table at McSorley’s Old Ale House, established in 1854 and referred to as NYC’s oldest Irish pub, was ordered to close at 8 p.m. as part of a city-wide order to close bars and restaurants in an effort to slow the spread of coronavirus the day before Saint Patrick’s Day.REUTERS 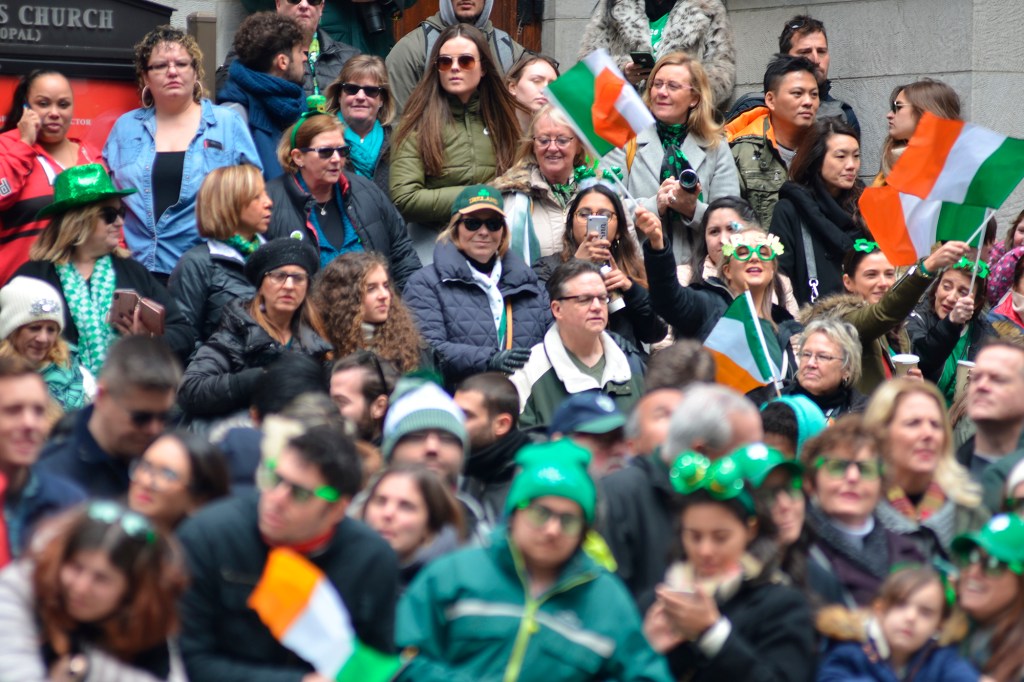 New York City is back in full swing just in time for St. Patrick’s Day — one of the booziest holidays of the year. Sipa USA via AP

Some Irish hot spots were too excited to contain their excitement and have already begun their holiday celebrations.

The Wicked Monk in Brooklyn has been honoring the Irish holiday with traditional Irish music sessions since football season ended in February.

“You can smell the corned beef down the street,” Wynne added.

But some New Yorkers aren’t quite ready to celebrate. 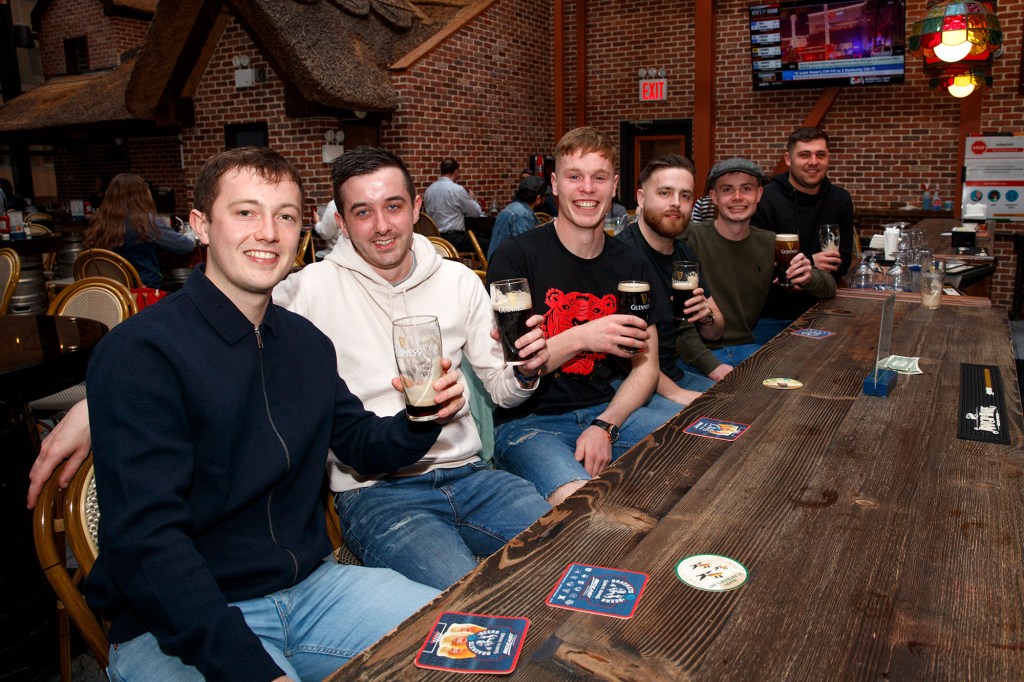 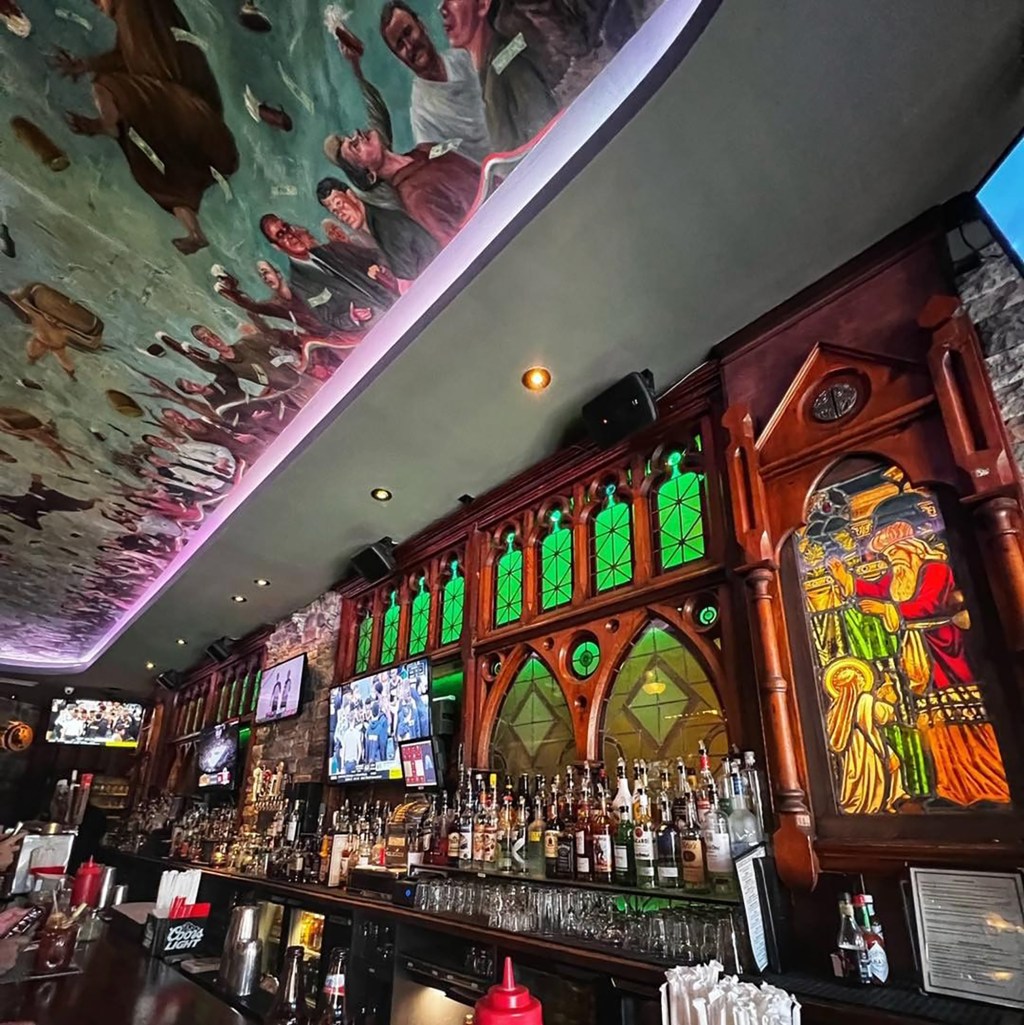 New York City was placed in lockdown due to COVID days before St. Patrick’s Day in 2020. “It feels like we’re going back to normal. Feels like we’re back home,” said Megan Wynne, manager of the Wicked Monk, pictured here.Courtesy of @wickedmonk

But many are ready to party. Up in the Bronx, An Béal Bocht Cafe manager Bronagh Harmon told The Post that celebrations this year will be the first time they will have live music since the pandemic started.

“This is a big, big coming-back for the city,” said Harmon. 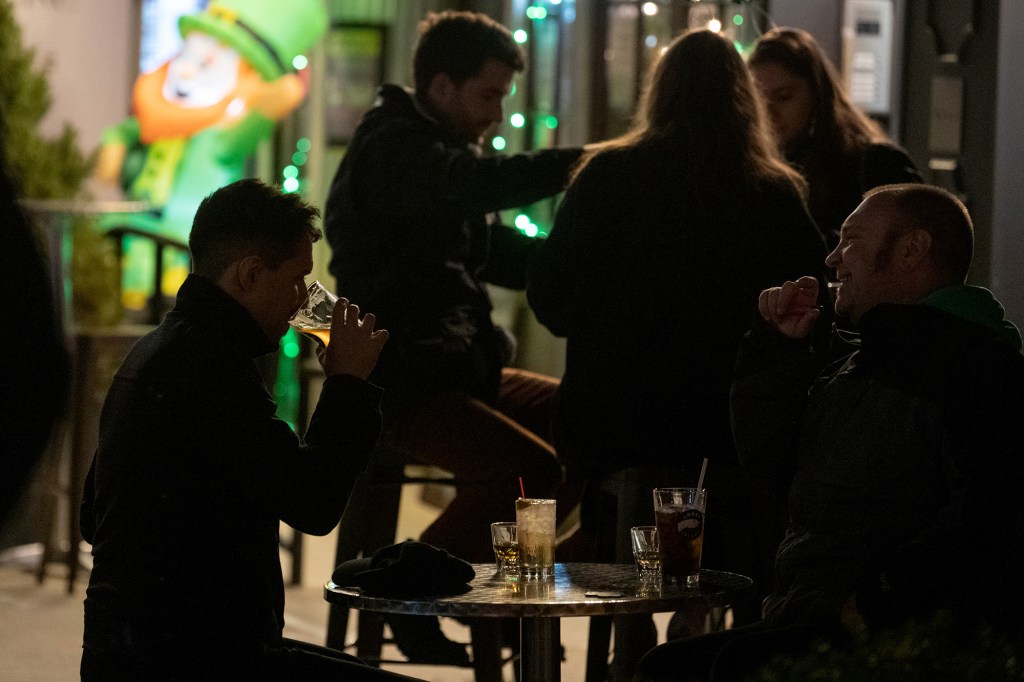 St. Patrick’s Day falls on a Thursday this year, and celebrations are expected to last all weekend. Getty Images

The bar is also ready to welcome back what they’ve billed as the “World’s Shortest St. Patrick’s Day Parade,” which stretches a wee 47 steps from one door of the bar to another. The annual parade usually raises money to feed the homeless, but, this year, funds will be reallocated to World Central Kitchen to support Ukrainian refugees.

New York City’s big St. Patrick’s Day Parade is also back on this year after a two-year hiatus. It’s the oldest and largest parade of its kind in the world, according to organizers.

Harmon hopes that a return to a normal St. Patrick’s Day celebration will provide locals with a much needed opportunity to cut loose.

“Forget about your problems for the next three or four days,” she said. “You can deal with them on Monday.”

“Get out there. Go to the parade. Have fun and drop into every bar and make sure mine is one of them,” said the 62 year old, who opened his namesake bar in 1995. “But don’t get too drunk — I don’t want you here at the last stop. I want you here in between.”