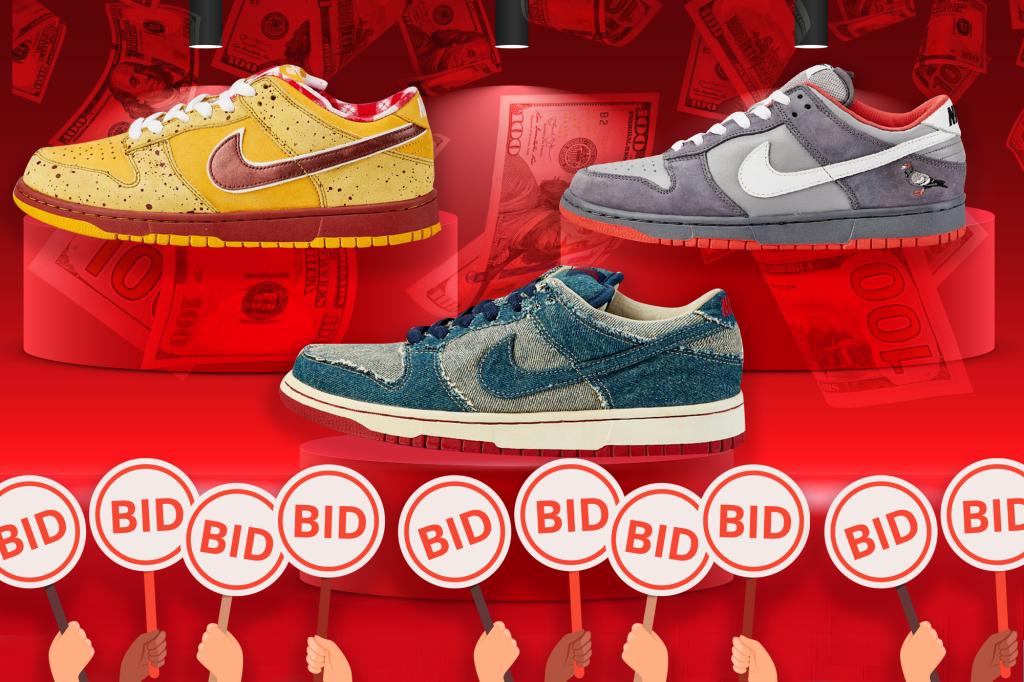 Michael Jordan is not the only athlete with Nike cachet — this week, a sneaker auction at Sotheby’s Hong Kong bets that skateboarding shoes are probably worth a lot more than you think: even up to $44,000.

“Initially, Nike did not see value in making sneakers for skateboarders, so they were produced in limited quantities,” Bernie Gross, creative director of Extra Butter, a purveyor of collectible kicks, told The Post. “The company made editions of under 1,000 because they did not want to see the sneakers going to clearance racks.”

Team Nike skaters such as Danny Supa, Paul Rodriguez and Reese Forbes lent their names to snazzy shoes for the Nike SB line. Now, those early offerings are coveted by deep-pocketed sneakerheads.

“Initially costing $75 or $80 a pair,” Gross added, “these were accessible by any means — but you had to have the right perspective. Later on, in the secondary market, people paid for not being in the know.”

Here are six coveted kicks on the Sotheby’s auction block through April 25: 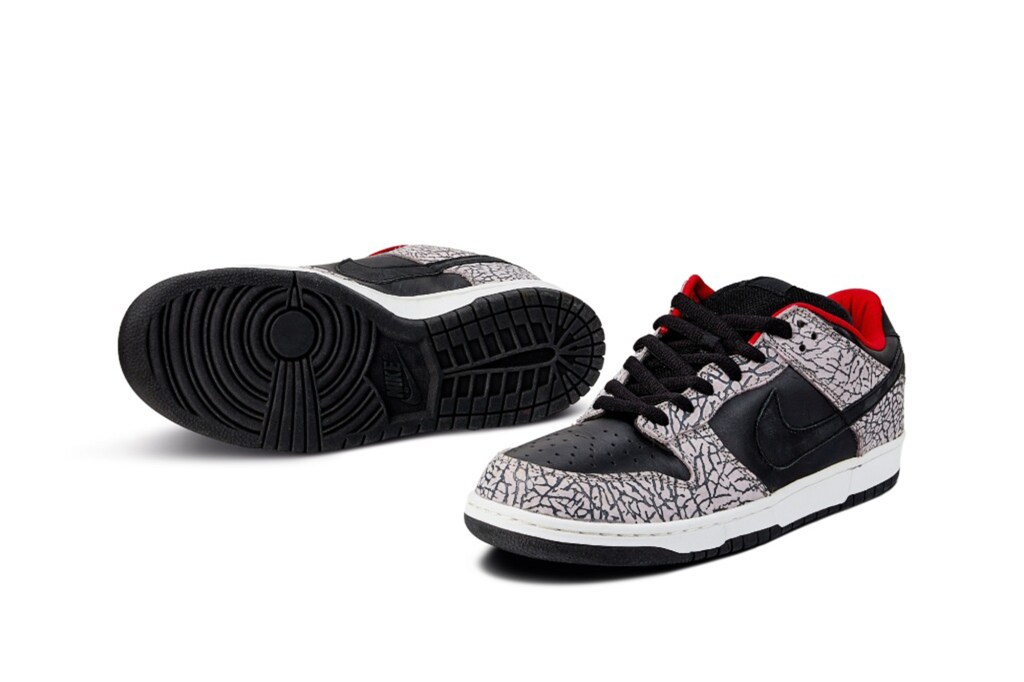 Designed to pay homage to the Air Jordan 3— using a similar color scheme and even some of the same material as that shoe — “Black Cement” (2002) was produced in conjunction with Supreme, just as the streetwear pioneer was achieving worldwide recognition. Gross recalled a scene he witness in 2008, while waiting on line for a different sneaker drop in the East Village: “A kid was wearing a pair of Cements and someone offered $2,000 for him to take them off his feet right then and there. But the kid wouldn’t sell.” 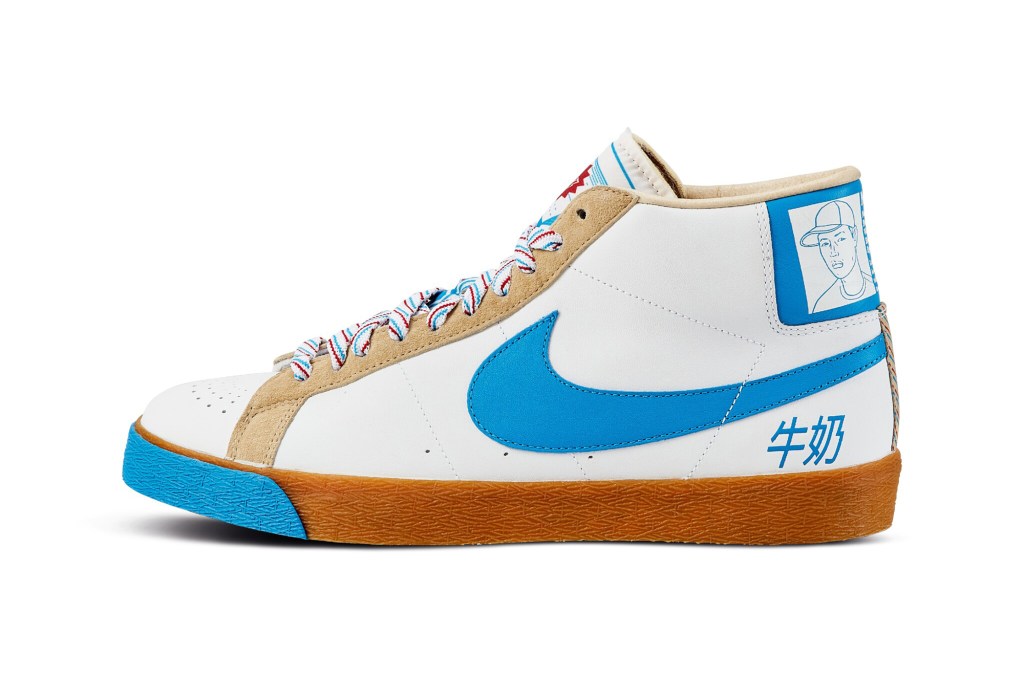 These 2007 sneaks were made in collaboration with Jeff Han, who owns the successful Fly Skate Shop in Shanghai. As a kid, he would ditch school and “disappear” to skate. Created to resemble milk cartons with images of missing children on them, Han put a line drawing of his face on the ankle of this cheeky sneak. 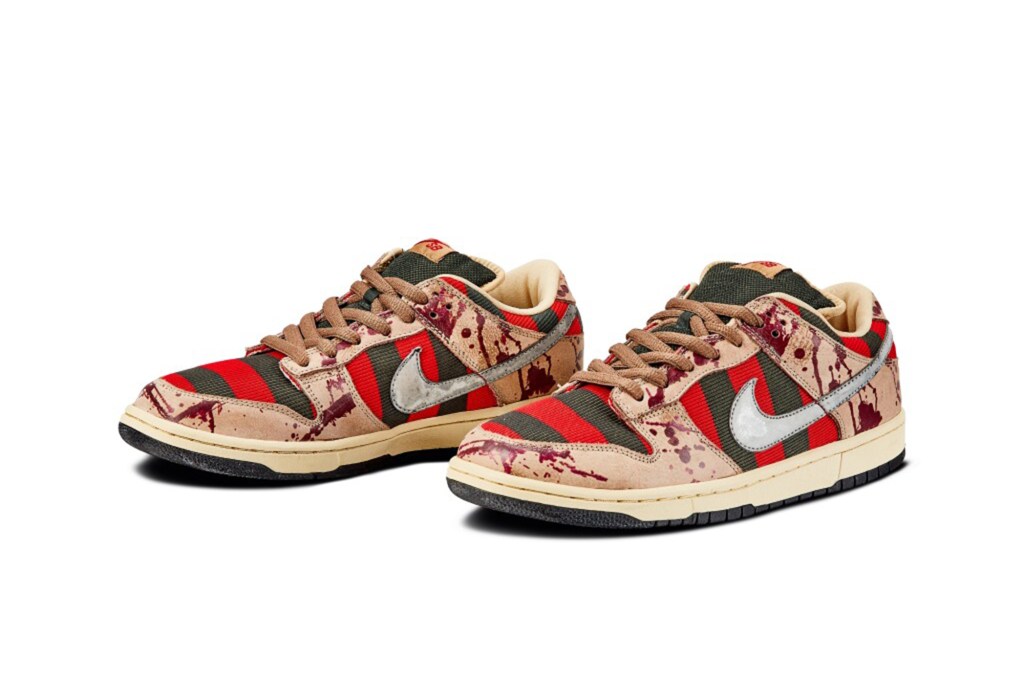 Nike paid “blood”-splattered tribute to the “A Nightmare on Elm Street” psycho in 2007, right down to his signature stripes — but the film’s copyright holders weren’t flattered. “There were issues between Nike and the cinema company, so Nike scrapped the release,” Brahm Wachter, head of streetwear and modern collectibles for Sotheby’s, told The Post. “This pair, somehow, did not get destroyed. I’d say there are fewer than 150 out there. But nobody knows for sure.” 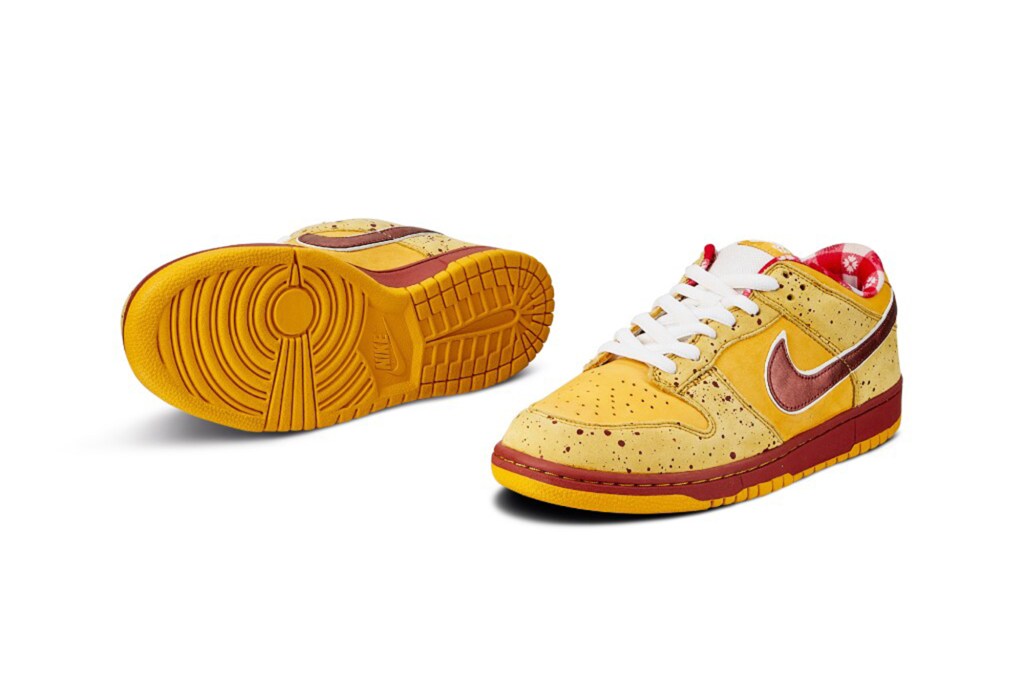 In 2009, Concepts, a streetwear shop in Boston, worked with Nike on a couple of sneaker models that honored Bean Town’s most luxurious seafood: lobsters. “Then they made 36 of these [shoes], in yellow, for friends and family,” said Wachter. “According to Nike, the odds of pulling up a lobster trap with a yellow lobster in it is 1 in 40 million.” Complete with rubber bands clenching the toes — just like the elastics used to keep the crustaceans’ claws closed — and insides that look like a lobster bib, these sneakers are designed to cleverly connote in-your-face rarity. 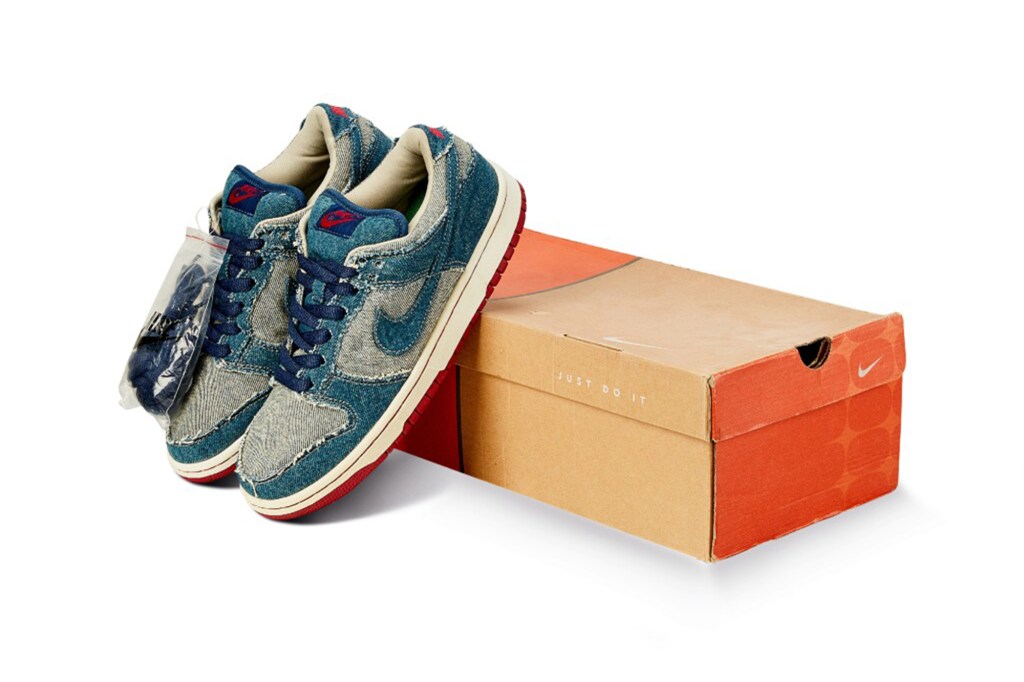 “[Nike] kept the edges unfinished, so the sneakers unravel as you skated” — just like a pair of beloved jeans — said Gross. “In the skate world, beating up a pair of these [2002] sneakers is a bit of a flex: ‘I know they’re coveted, but I will bear the s–t out of them.’” 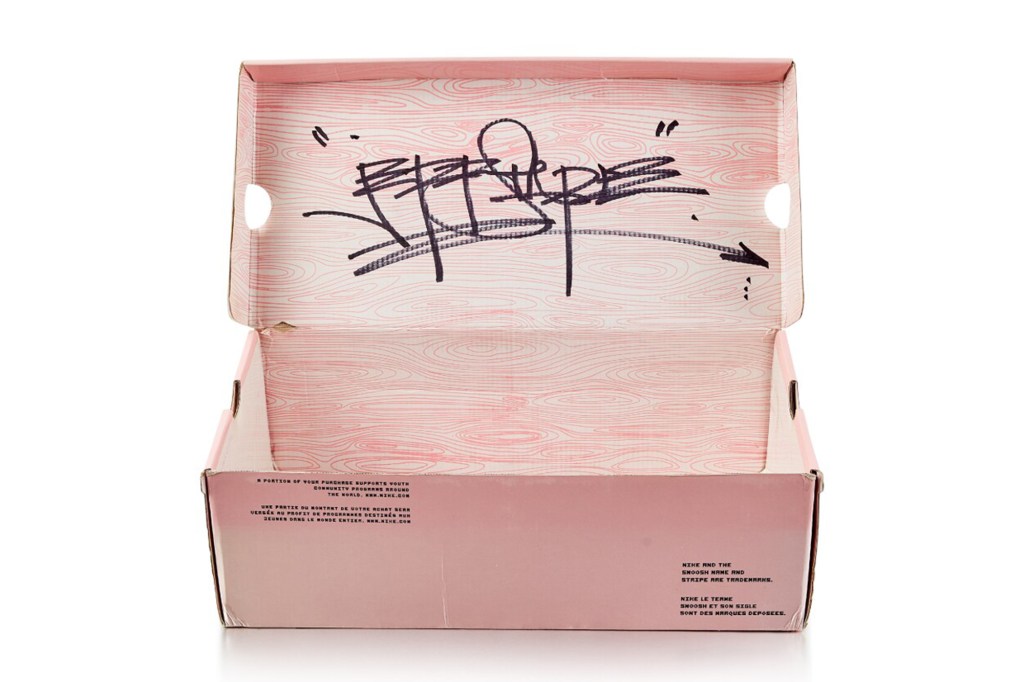 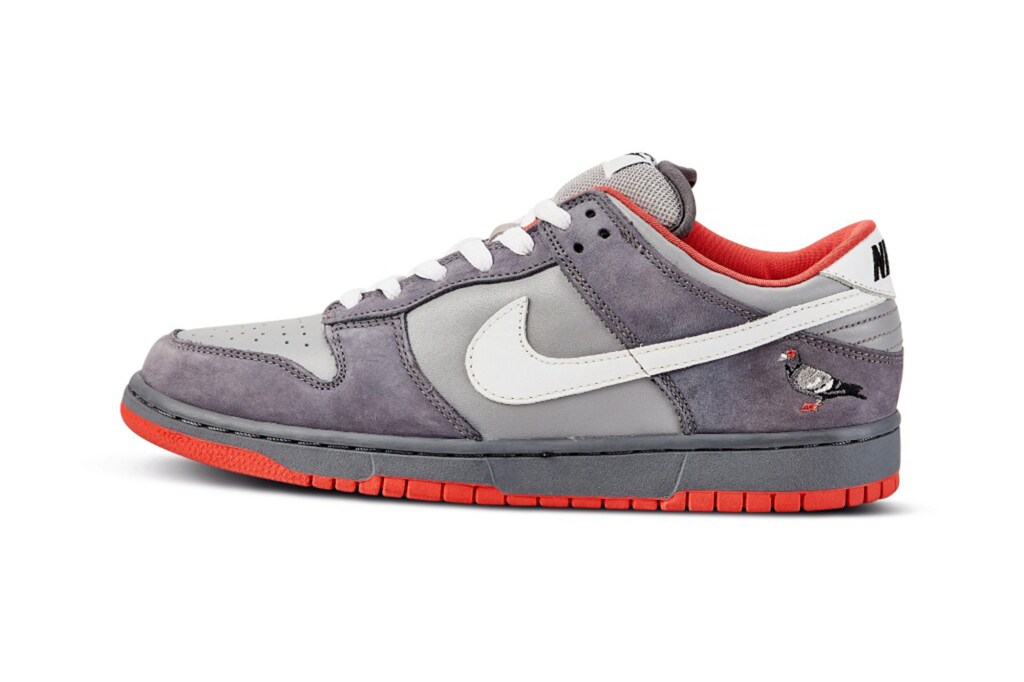 Back in 2005, when the Pigeon — paying homage to NYC via the colors of its emblematic bird (the sole is pink, like the bottom of a pigeon’s claw) — was released, nobody could have estimated the demand. With just 50 for sale in a Lower East Side streetwear shop, Reed Space, owned by the shoe’s designer, Jeff Staple, a riot broke out and made The Post’s front page. “I have clients who were on that line and they told me there was pandemonium,” said Wachter. “It was a successful day if you made it out of the store without getting mugged for your shoes.”

Previous post Jenna Dewan on new show ‘Come Dance with Me’: ‘I was similar to these kids’