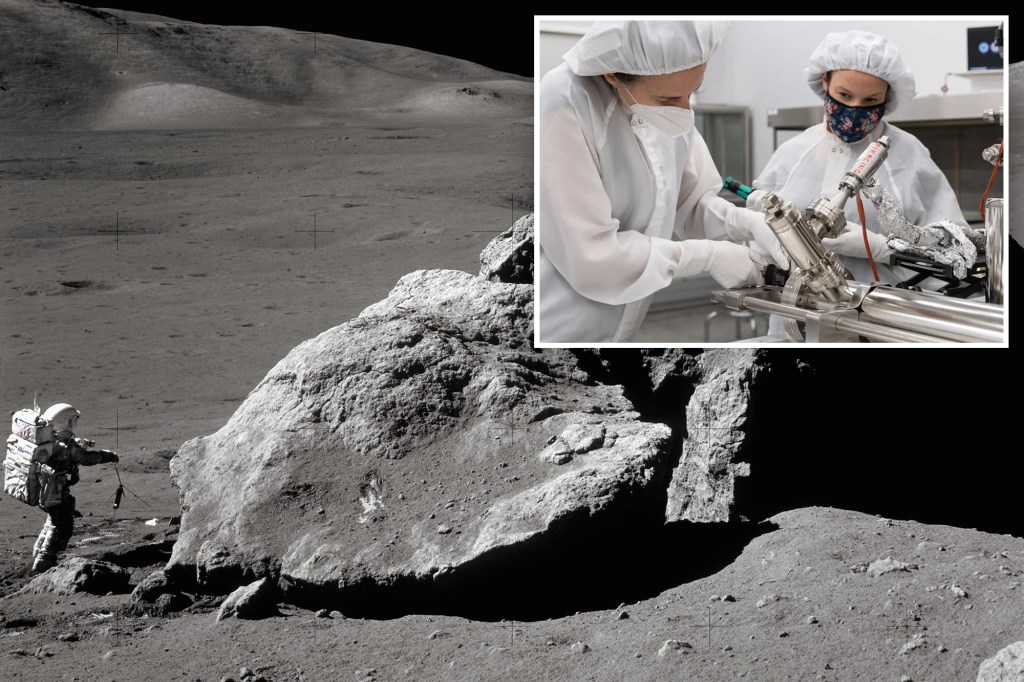 NASA is in the process of opening a Moon sample that has been vacuumed-sealed for almost 50 years.

The mysterious sample was collected during the US space agency’s last manned mission to the Moon in 1972.

The sample from the Apollo 17 mission will be exactly 50 years old on December 13 this year.

Astronauts Eugene Cernan and Harrison “Jack” Schmitt collected the Moon sample by hammering a 14-inch tube into the lunar surface.

They also collected another sample that wasn’t sealed.

Both tubes were filled up with Moon rock and dust.

The two samples were brought back to Earth and the one that wasn’t vacuum sealed was opened in 2019.

The vacuum-sealed tube is more exciting because it may contain substances called ‘volatiles’.

Volatiles are gases that evaporate at normal temperatures. 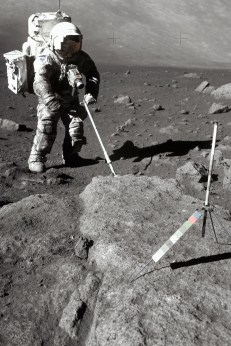 One of the Apollo 17 astronauts used a metal pole to collect a sample on the surface of the Moon in 1972.NASA/Corbis via Getty Images

They would have escaped from the unsealed Moon sample tube but they may be present in the vacuum-sealed one.

NASA has waited until now to open the sealed sample because they wanted to take advantage of future technology.

NASA’s Lori Glaze, director of the Planetary Science Division, explained: “The agency knew science and technology would evolve and allow scientists to study the material in new ways to address new questions in the future.”

Ryan Zeigler, the Apollo sample curator, added: “A lot of people are getting excited.

“University of New Mexico’s Chip Shearer proposed the project over a decade ago, and for the past three years, we’ve had two great teams developing the unique equipment to make it possible.”

The careful process of opening the sample has begun.

The outer seal has been opened but the inner seal is still intact.

Scientists will pierce the sample tube first and collect any gases that may be trapped. 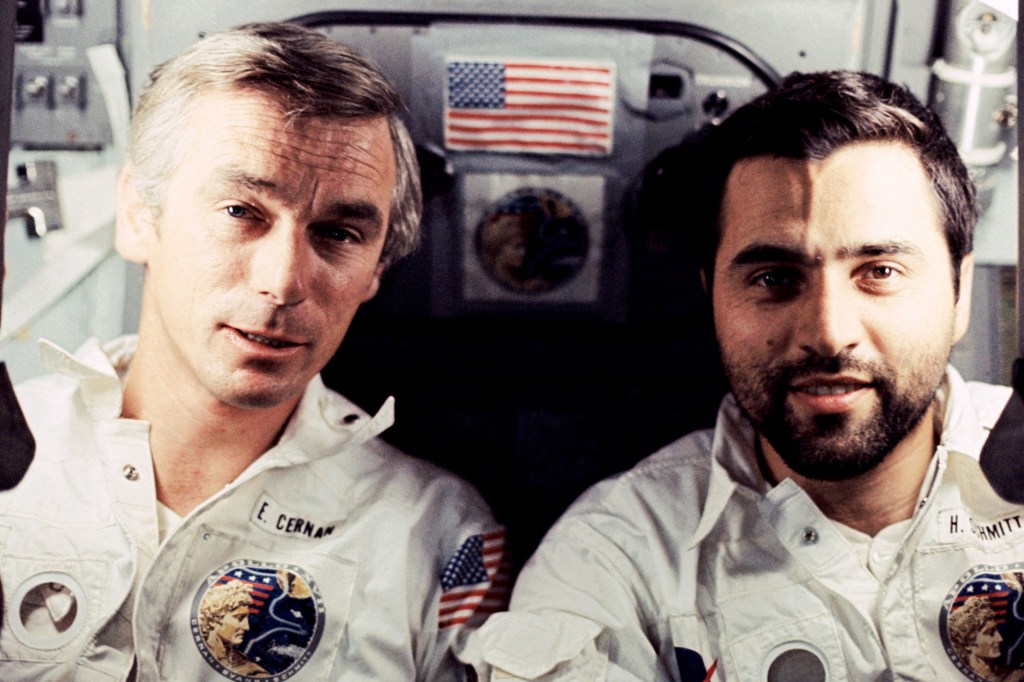 Astronauts Eugene A. Cernan (left) and Harrison H. ‘Jack’ Schmitt were part of the famed Apollo 17 mission in 1972.HUM Images

After the gas extraction, the lunar soil and rocks will be removed.

Scientists plan to do this in late spring.

Francesca McDonald, who is leading the project at ESA, said: “Each gas component that is analyzed can help to tell a different part of the story about the origin and evolution of volatiles on the Moon and within the early Solar System.” 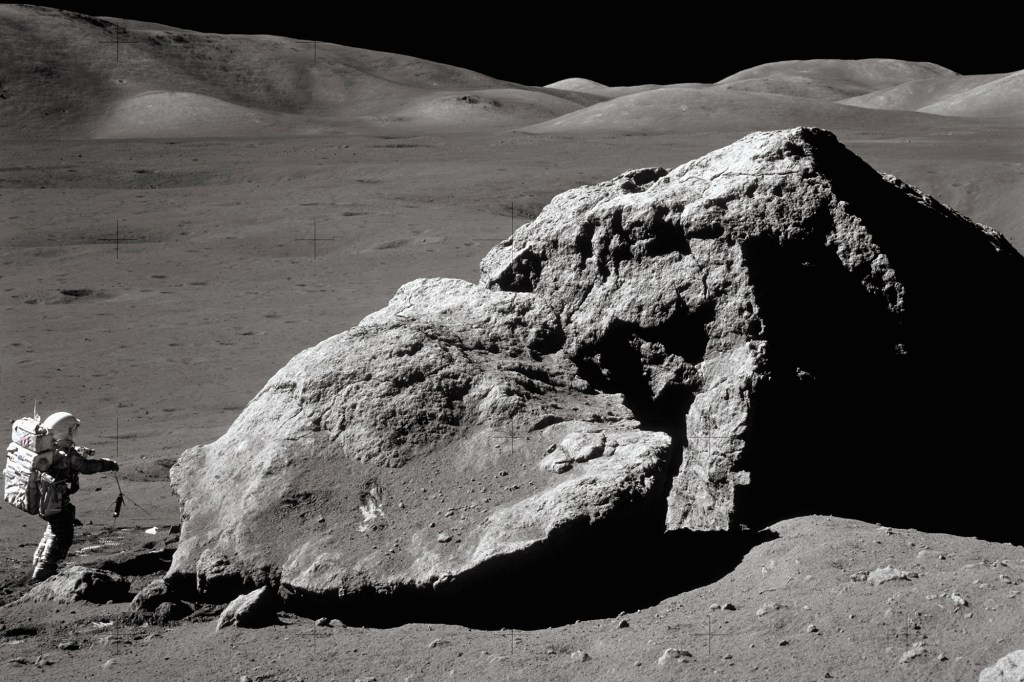 NASA’s scientists look forward to learning more about ‘volatiles’ gasses inside samples from the Moon.NASA/Corbis via Getty Images 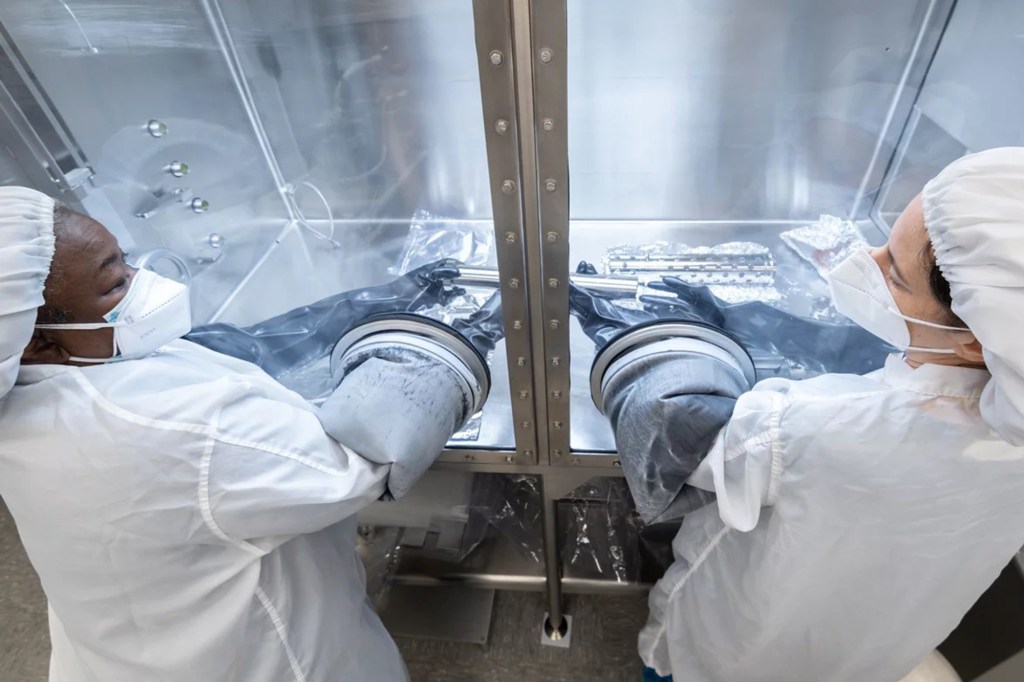 The painstaking work is taking place at NASA’s Johnson Space Center in Houston by the Astromaterials Research and Exploration Science Division (ARES).

The center is home to a selection of extraterrestrial samples collected by NASA.