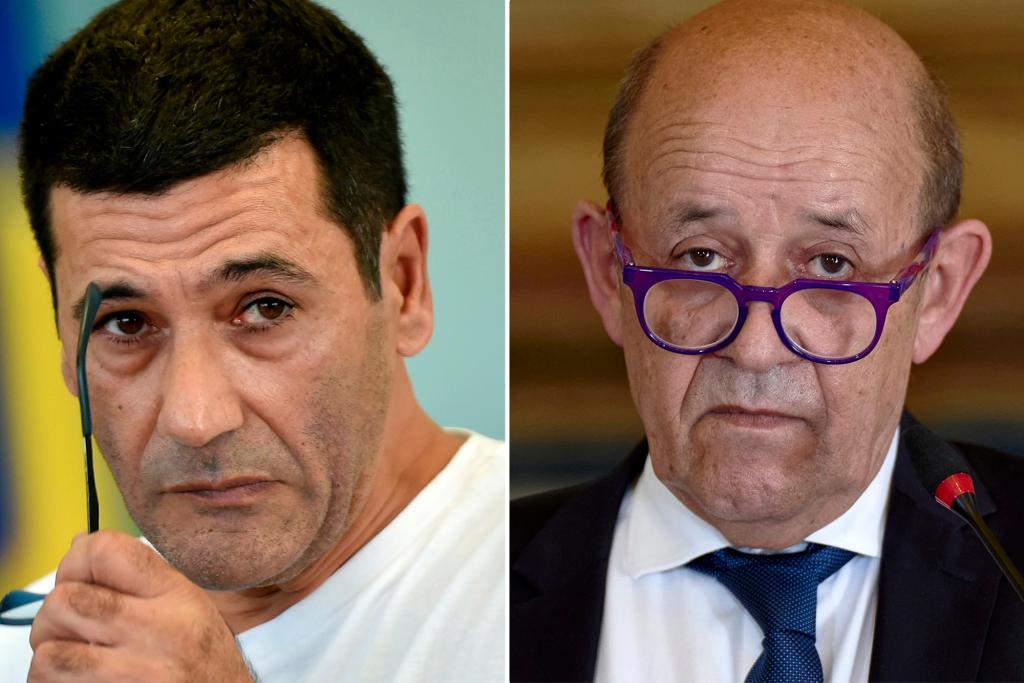 The first day of February 2017 was a day like any other for Paris executive Sophie Grenier. Then, a mysterious call lit up her phone. On the line was a man, whose voice she didn’t recognize, telling her that the Minister of Defense urgently needed to schedule a video call.

The bewildered Grenier, who at the time was the financial director of France’s chamber of commerce and industry, an organization representing the business interests of over 2 million companies, responded immediately. There, suddenly, in front of her on the screen, was France’s then-Minister of Defense Jean-Yves Le Drian.

Or so she thought.

Le Drian’s request was simple. Would the chamber covertly transfer 2 million euros to a mysterious satellite bank account, in order to assist in backdoor hostage negotiations with terrorists in Mali? 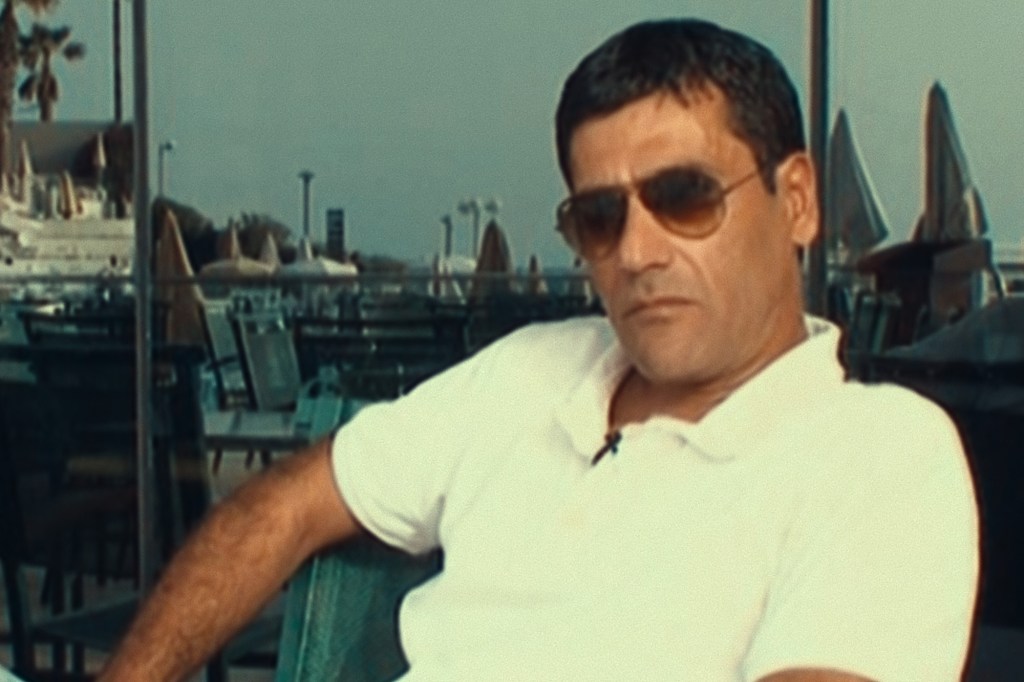 Notorious con man Gilbert Chikli brazenly scammed French businesses and even celebrities out of millions over more than a decade.Courtesy of Netflix

At the time, wounds from the gruesome 2015 terrorist attacks that brought Paris to its knees — and shocked the world — were still fresh on French hearts and minds. Le Drian’s request seemed like something the chamber had the patriotic duty to get behind.

Once the call concluded, however, Grenier couldn’t help but feel weird. She called police, who were equally skeptical. They agreed to perform a dial-in sting operation on the follow-up call, when the funds were to actually be transferred.

With Grenier pretending to play along, cops got the dirty financial details they needed to catch the crafty perp — a man in a carefully crafted silicone mask, designed to make him appear like the defense minister. A man, it turned out, law enforcement had been after for years.

Raking in more than 100 million euros between 2005 and 2017, French national Gilbert Chikli became one of the world’s most successful con men, a serious pest to the European elite. Without Grenier’s quick thinking, he might have stayed at large indefinitely. Instead, he was caught and thrown in jail. 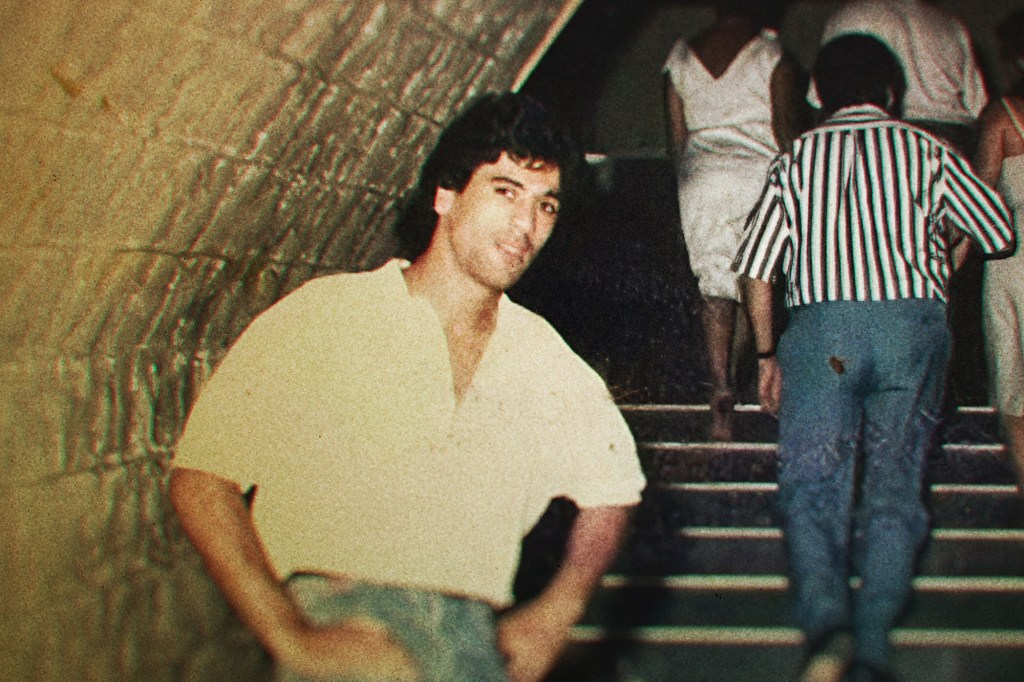 The suave Parisian was a natural born scammer, his family said in a new Netflix documentary about Chikli’s wild life.Courtesy of Netflix

Now, his story is the subject of a new Netflix documentary, “The Masked Scammer,” to be released Thursday. He remains unrepentant.

“A scammer tries to get a lot of money. Me, I have had money and I always will have. So I really think it was all a game,” Chikli said. “I have a gift that works — what [is the big deal]?”

The Paris-born Chikli, now in his 50s, started scamming as a little boy working his way up to impersonating — and taking advantage of — the rich and powerful.

“By the power of speech he’d have empty pockets and come back with full pockets,” his brother Thierry Chikli said. “It really drove my father crazy, he could never find a solution.” 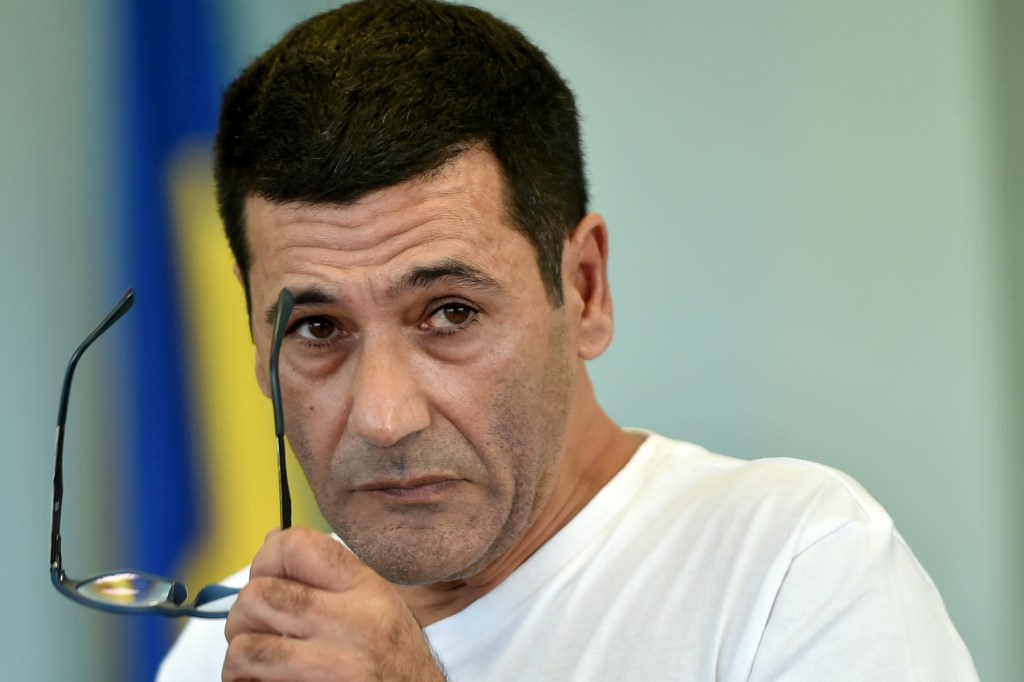 Chikli would strike in the wake of terrorist attacks, using fear and patriotic feeling to bilk companies out of sizable sums.AFP via Getty Images

As an adult, he hit the big time once he began masking up as various French CEOs, calling middle managers to demand wire transfers be sent to false accounts. He exploited people’s fears, often operating under the guise of catching a wealthy bank client who was funneling money to finance global terrorism.

In the months after the London bombings of July 2005 — along with the residual shock from 9/11 — many were quick to oblige, with few, sometimes no questions asked.

“He had an extremely calm, controlled, and friendly voice,” said one victim, identified as “Pierre.”

And unlike the usual, easy to identify scams, Chikli went to the trouble of compiling dossiers on everyone he fooled.

“He talked to me about my wife’s suicide, about my children,” Pierre recalled. “He knows things about me, a lot of things.” 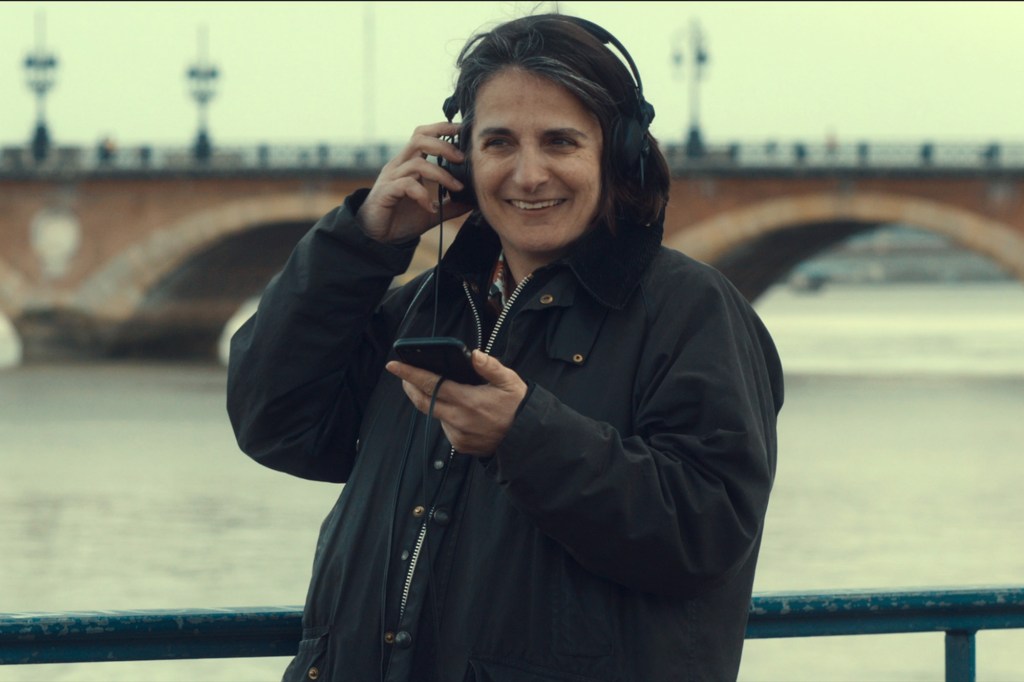 Sophie Grenier was crucial in helping to catch Gilbert Chikli.

To help him with his research, Chikli recruited fellow crooks whose job it was to learn of anything that could compromise the victims, and coerce them into just getting the money — sometimes up to 20 million euros — transferred with no questions asked. One of his associates was old flame Shirley Vacaint, who ended up in the sights of the Paris police; they ended up tapping her phone line and raiding her home.

Chikli just so happened to call her at the time, and ended up speaking to police major Eric Moreau — the first of what would be many interactions, echoing the story of impostor Frank Abagnale, whose story was immortalized in the 2002 Tom Hanks/Leonardo DiCaprio film “Catch Me If You Can.”

At first, Chikli tried to bribe Moreau. When that didn’t work, he told Moreau he’d have to come find him in Israel — Chikli had dual-citizenship, and could easily disappear there. 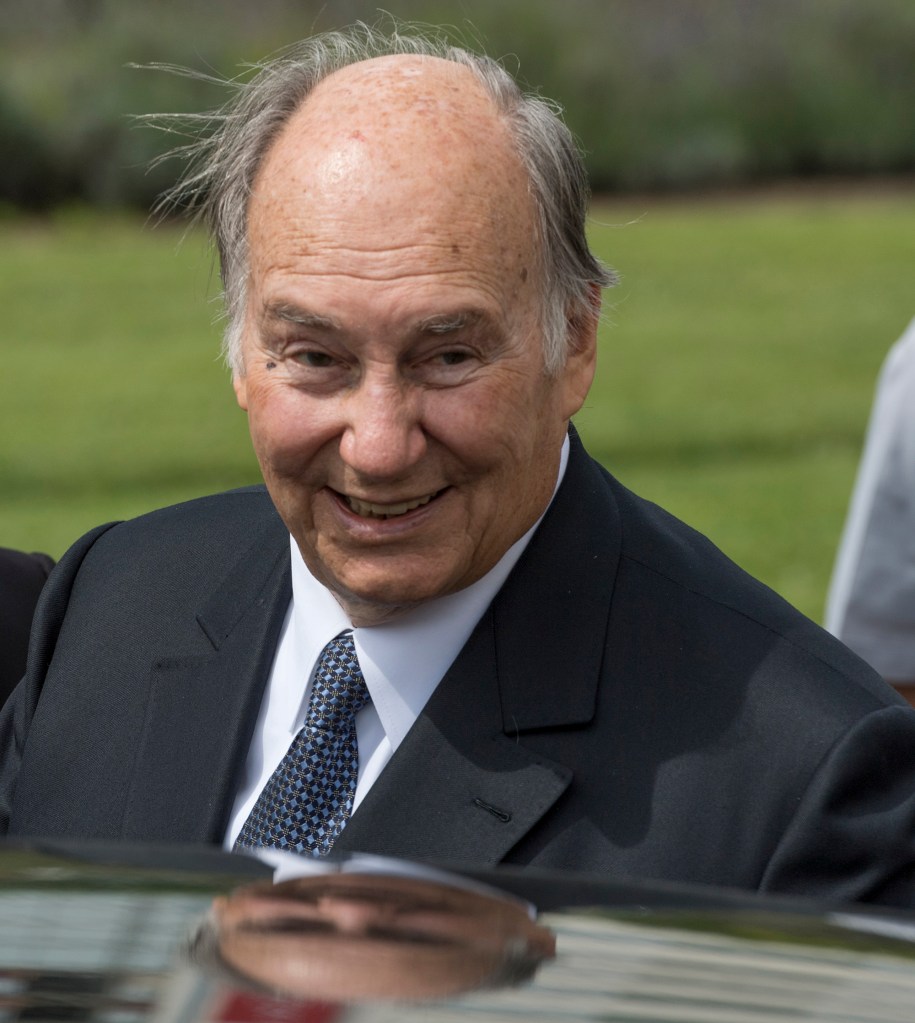 Chikli managed to take the Aga Khan for a cool 20 million euros.Corbis via Getty Images

He did, but he couldn’t leave his old life behind, and he couldn’t help but keep Moreau updated on his progress.

“Gilbert kept my phone number and from time to time would call me to say ‘this attempt didn’t work’ or, if it had worked he called me to say ‘I got you good,’ ” Moreau recalls.

Eventually, Chikli’s brazen nature got him good. Details revealed in one of his phone calls to Moreau enabled the police to track down 1.2 million euros being sent from Mexico to Israel around 2007. But it wasn’t just a bundle of travelers checks — the package was bugged with a microphone, which authorities had hoped would allow them to conduct long-term surveillance on Chikli’s residence. 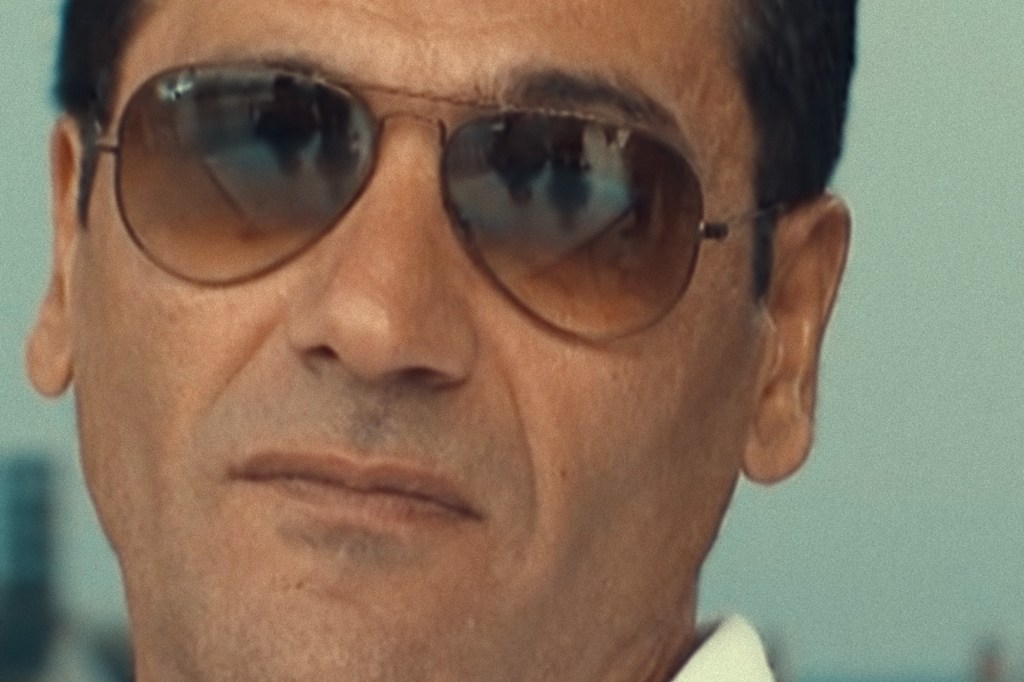 Chikli fled to Israel when cops in France were on to him.

They didn’t have to wait that long — Chikli grew suspicious when the government agent, disguised as a delivery man, tried to deliver the package, leading to a dramatic scene that gave cops, already lying in wait around the home, enough of a reason to raid the home, his brother said.

After being extradited to France, Chikli did 20 months in jail before convincing a film producer to pay his bail in exchange for the rights to his life story. Surely enough, the Chikli inspired French comedy “Thank You For Calling” debuted in 2015.

Once out, Chikli retreated to Israel, laying relatively low until 2015, when he was spurred once more to put the spectre of terrorism to good use — an instinct that led him to his most audacious scam to date: impersonating Le Drian. 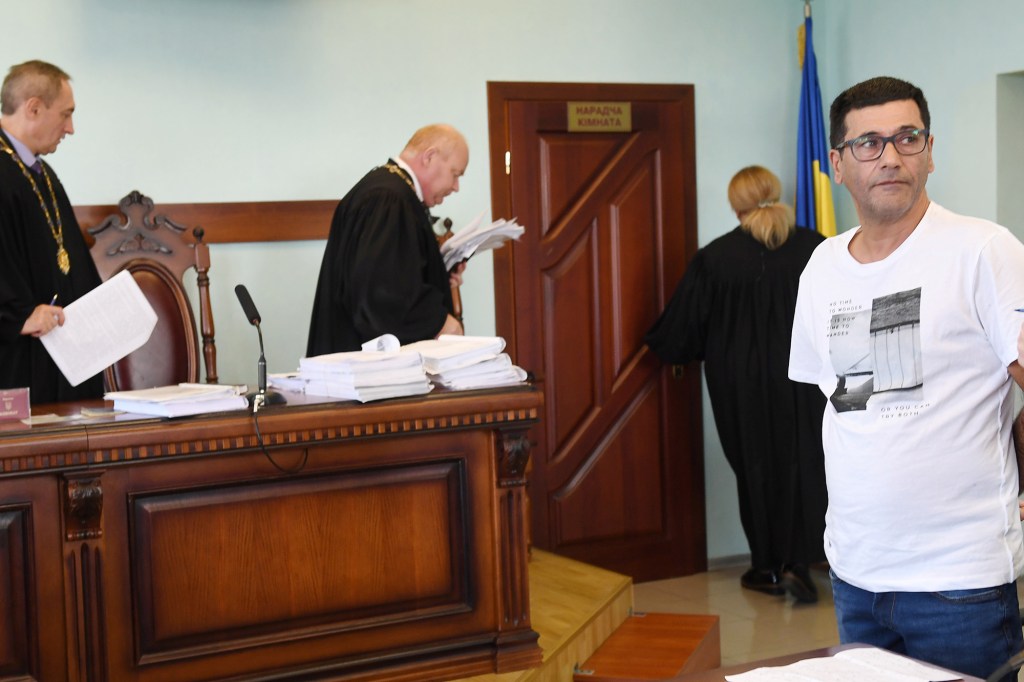 Chikli was arrested in the late 2000s in Israel.AFP via Getty Images

Tapping into his network, Chikli found an accomplice who could create the perfect silicone mask, and the game was on — the video calls, the story of the French nationals trapped in Mali, the need for total privacy and a quick infusion of private funding. Anyone he could hit up, he did — including the Aga Khan, an internationally known spiritual leader and wealthy prince.

“Tomorrow morning we wrap it up, so I would like to close this case,” Chikli said in archived audio. “It’s important you send me the whole amount, do you understand? It’s in your interest, your highness.”

In the end, Chikli worked the holy man over for 20 million euros.

The major ripoffs went on until the early months of 2017, when a savvy Grenier couldn’t help but scrutinize the deal more closely than the rest of Chikli’s victims; in the end, it was a series of spelling and formatting errors that made her feel like something was off. The cops agreed with her, tapped into the follow-up call, snagged Chikli’s bank account number and the jig was once more up. 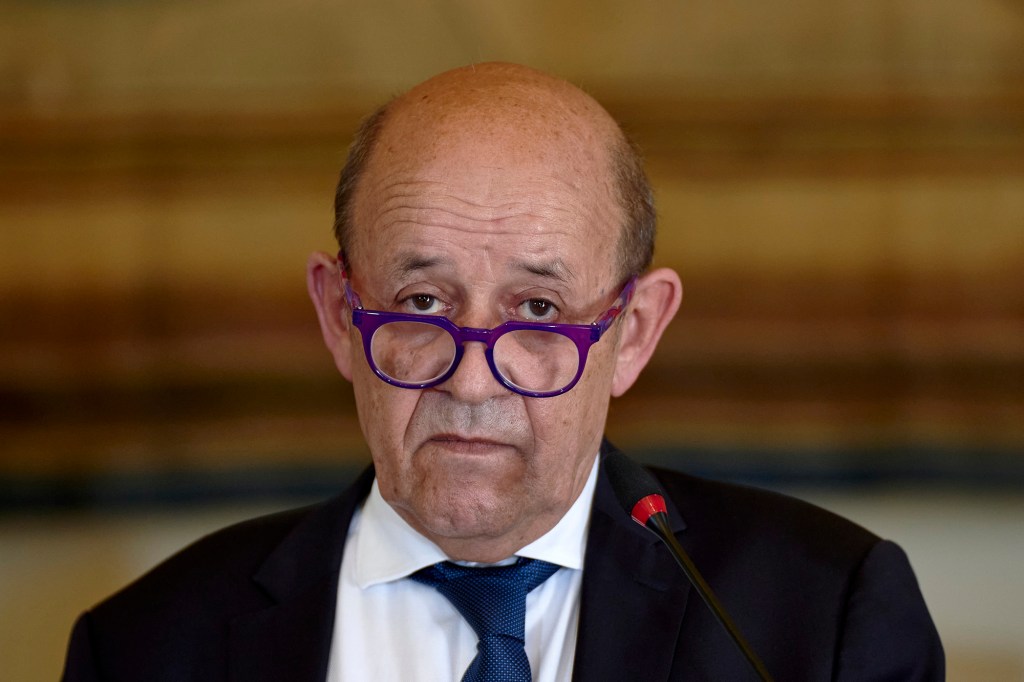 Sensing he’d been had, Chikli fled Israel for Ukraine and was arrested in Kyiv after being surveilled by local authorities. They found pictures of the Le Drian mask on one of three phones Chikli was carrying. Cops also recovered evidence that he had ploys to impersonate French President Emmanuel Macron and Monaco’s Prince Albert, for even bigger takes.

Chikli, once again, was extradited to France and given seven to 11 years in prison, where he remains.

In a farewell message, Chikli apologized to his victims, but left off with his own hubris intact.

Next post What to know for NFL Week 13: Score picks, bold