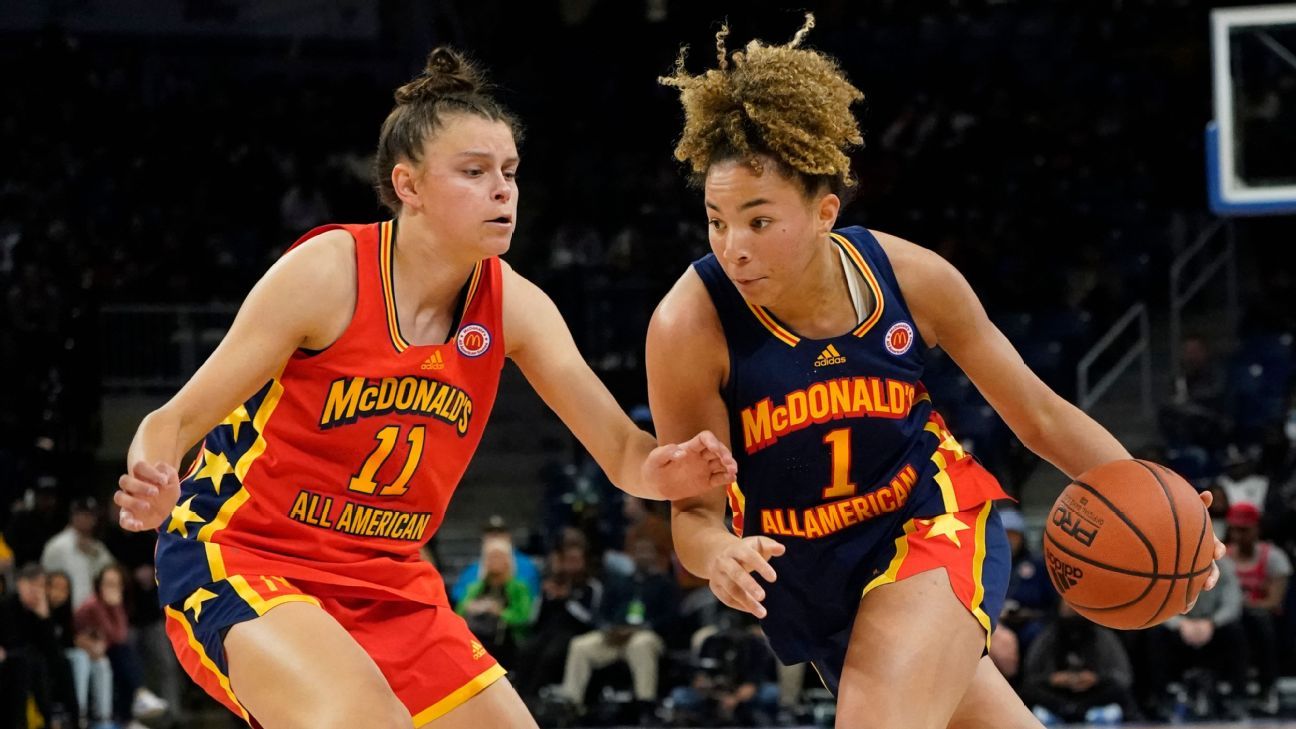 The inaugural State Champions Invitational in Tampa, Florida, on Friday and Saturday is the first of its kind on a national scale.

The girls’ basketball event features three teams ranked in the SC Next Top 25, including No. 1 Sidwell Friends (D.C.). The four participating schools, all of which are state champions, were selected from the seven states whose governing bodies allow teams to compete in events after their high school seasons have ended.

We break down the prospects who could define the tournament.

Rice is sweeping all of the national awards, such as Gatorade National Player of the Year and Morgan Wootten Player of the Year at the McDonald’s All-American Games Ring ceremony. She has led Sidwell to an unprecedented year for its girls’ basketball program. The UCLA-bound guard is as dynamic in the open court as any player in the country. She has averaged 15.8 points, 7.0 rebounds and 5.1 assists this season.

Donovan is an immense talent who has left her mark on all parts of the basketball court this year. The high-flying wing/forward has improved her pull-up jumper. She rebounds from the perimeter with the best of them and slashes to the rim to finish with a smoothness unlike many others in the country. Top schools like Arizona, Duke, Maryland, Notre Dame, UCLA, North Carolina, Tennessee and NC State are in hot pursuit. She is averaging 15.2 points, 8.4 rebounds, 2.7 assists, 3.3 steals and 1.9 blocks. When the 2023 espnW rankings are updated, she is bound to climb higher than her current position of No. 10.

Louisville-bound Harris is a strong forward who can put the ball on the deck, rebound with physicality and has a nice touch to stretch the defense in her face-up game. What stands out immediately with Harris is how smooth and powerful she is. She makes her presence known in the paint, but then can take a rebound coast-to-coast as well. She is averaging 17.8 points and 11.4 rebounds.

Carter is a high-energy guard who is quick with the ball in her hands and has proved to be a very consistent 3-point shooter for Lake Highland Prep. Defensively, she puts a lot of pressure on the opposing point guard, which creates opportunities for her team to fast break to the other end for easy buckets. Her recruitment includes Florida Gulf Coast, Mercer, UT Arlington, Memphis, North Florida, Florida Atlantic and Kennesaw State.

Bowles has signed with Georgia and is one of the best all-around guards in the country. Her size and skills allow her to play any of the three perimeter spots if needed. She can lead as the point guard or she can cut to the block or the pinch post for an advantageous face-up or post entry. She has a savviness about her game that cannot be taught. Defensively, she uses her size and physicality to guard multiple positions as well. She is averaging 20.9 points, 7.2 rebounds and 4.6 assists this season.

Lewis is an emerging talent who has had a good year for the Georgia 5A state champs. She is an active player who makes plays with her energy, length and leaping ability. Right now, she is more of a slashing forward, but her fundamental skills have improved, and she has added a nice midrange jumper and occasional 3-ball. She jumps the passing lanes and gets on the glass well defensively. She is averaging 14 points and 4.1 rebounds. Her recruitment includes offers from Appalachian State and George Washington.

It’s no surprise Centennial has won another 5A state championship in Nevada. Boyd is a stock-rising 2024 guard who makes her presence primarily felt on the defensive end. She pressures the ball and likes to get in the passing lanes. She has a good feel for the game, which leads to playmaking abilities. As she adds strength and finds more confidence in the 3-ball, she will see her game expand. Her recruitment includes offers from Power 5 schools such as West Virginia, Utah and Kentucky.

Dew is an Arizona commit with supreme potential. She has the leaping ability to finish near the rim and the range to stretch the defense to the 3-point line. She can play at the forward spot and facilitate, or help with a big lineup by playing a perimeter position. She has a real chance for separation when she becomes consistent in terms of her effort and assertiveness.

SCOTTSDALE, Ariz. — The Kansas City Chiefs and general manager Brett Veach expected skepticism about their plan for the 2022 season after they traded a premier wide receiver in Tyreek Hill and assembled a post-draft depth chart that included six defensive rookies in significant positions.But they were puzzled by suggestions that after four straight AFC…