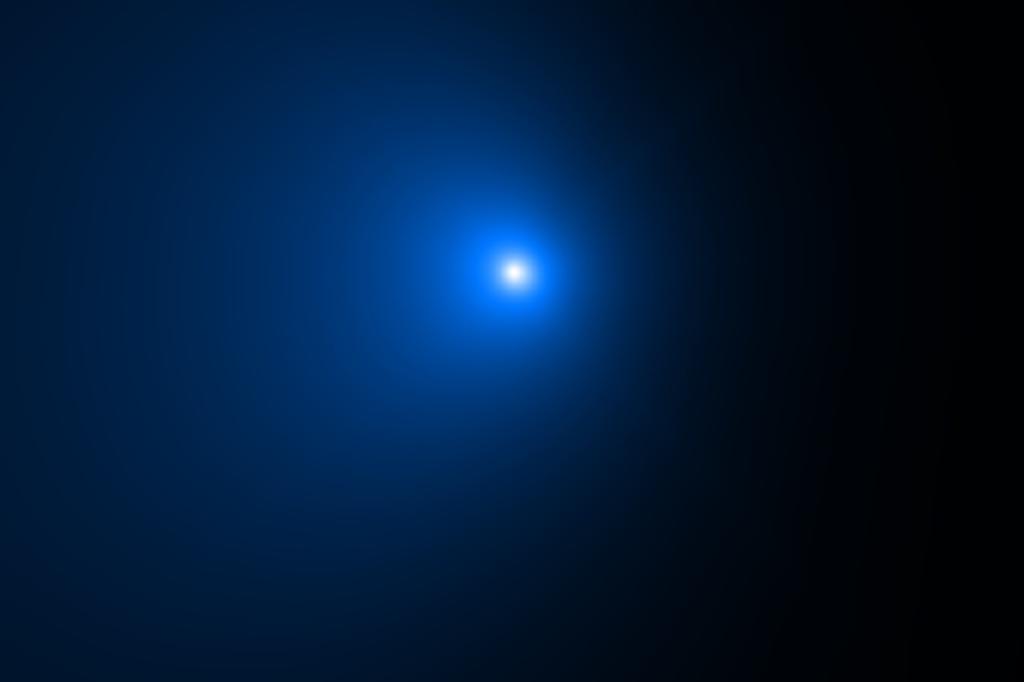 Astronomers have confirmed the discovery of the largest comet on record – and it’s coming this way.

The space object C/2014 UN271 was spotted last year and observations from the Hubble space telescope have this week confirmed the size of its nucleus.

That’s the solid, central part of the comet composed of rock, dust and ice that is separate from its trailing tail.

NASA said on Tuesday that the nucleus of C/2014 is around 80 miles across, making it larger than the state of Rhode Island.

It’s about 50 times bigger than the heart of most known comets, with a mass estimated to be a staggering 500 trillion tons.

“The behemoth comet is barreling this way at 22,000 miles per hour from the edge of the solar system,” NASA wrote on its website.

“But not to worry. It will never get closer than 1 billion miles away from the Sun, which is slightly farther than the distance of the planet Saturn. And that won’t be until the year 2031.”

Comet C/2014 UN271 was observed (left) last year and astronomers have now confirmed the size of its nucleus (right), the portion without the tail.NASA

Comet C/2014 was discovered by astronomers Pedro Bernardinelli and Gary Bernstein in archival images from the Cerro Tololo Inter-American Observatory in Chile.

It was first observed in November 2010 when it was three billion miles from the Sun – about as far from the star as Neptune.

Since then, it has been intensively studied by ground and space-based telescopes as it makes its way to the inner Solar System.

In the new analysis, a team led by David Jewitt, a professor of planetary science and astronomy at the University of California, Los Angeles, calculated the size of C/2014 in the highest resolution yet.

They improved previous estimates using Hubble observations and modeling to isolate the nucleus from the comet’s tail, or “coma”.

It was discovered in 2002 by the Lincoln Near-Earth Asteroid Research (LINEAR) project.

“We confirm that C/2014 UN271 is the largest long-period comet ever detected,” the team writes in their new paper.

Observations of the comet, which is thought to have emerged from a layer of icy objects surrounding our Sun called the Oort Cloud, could teach us a thing or two about the early universe.

Oort Cloud objects are thought to be among the oldest in our star system but are notoriously difficult to examine because they’re far away, lying well beyond Pluto.

“This comet is literally the tip of the iceberg for many thousands of comets that are too faint to see in the more distant parts of the solar system,” Professor Jewitt said.

“We’ve always suspected this comet had to be big because it is so bright at such a large distance. Now we confirm it is.”

The research was published in The Astrophysical Journal Letters.

Next post What’s the skinny on those pandemic pounds? New study sheds light on weight gain during the COVID-19 quarantine