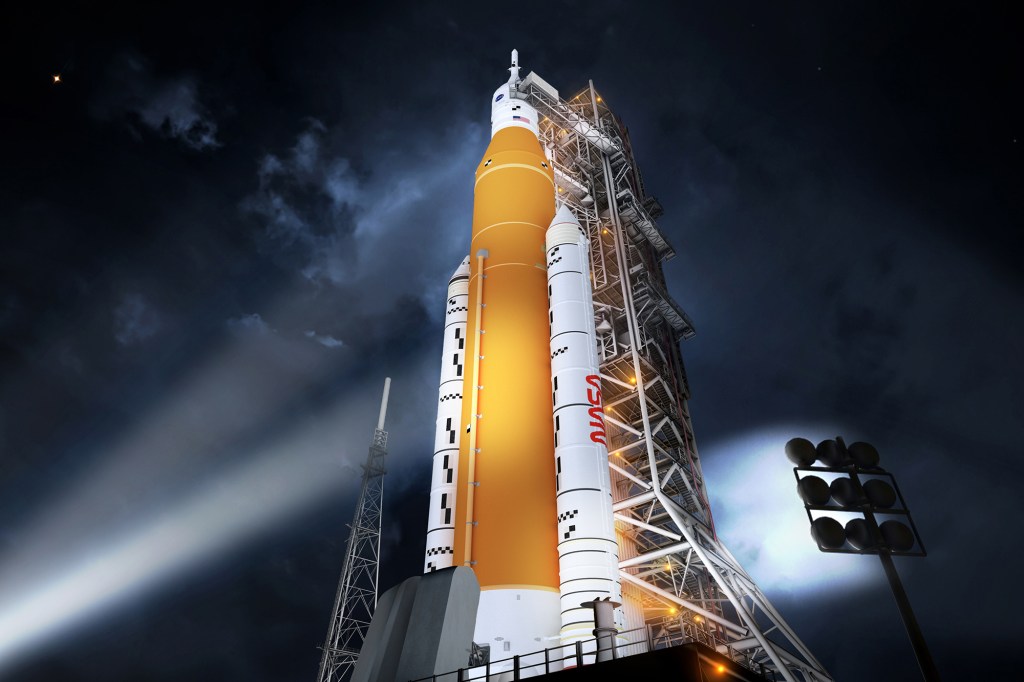 NASA is getting ready to test out its mega-rocket in a “wet dress rehearsal” for an upcoming moon mission.

All the components for the Artemis I mission have been cleared to roll out to the launch pad at the Kennedy Space Center in Cape Canaveral, Florida.

It will be testing out hardware so that NASA can land the first woman and the first person of color on the moon by 2025.

That crewed mission is being referred to as Artemis 3 and a lot has to happen before it can take place.

Before Artemis 1 can launch, NASA wants to test all the components.

All the major pieces should all be at the launch pad on March 17.

Artemis 1 isn’t a crewed mission but it needs to loop around the moon to test three key components.

These are NASA’s Space Launch System (SLS), its Orion spacecraft, and the European Service Module (ESM).

The Orion spacecraft and the ESM should get within 62 miles of the lunar surface and then travel 40,000 miles beyond this.

It will take about three weeks for it to complete the mission and land in the Pacific Ocean off San Diego.

All the components for NASA’s Artemis I mission have been cleared to roll out to the launch pad.NASA 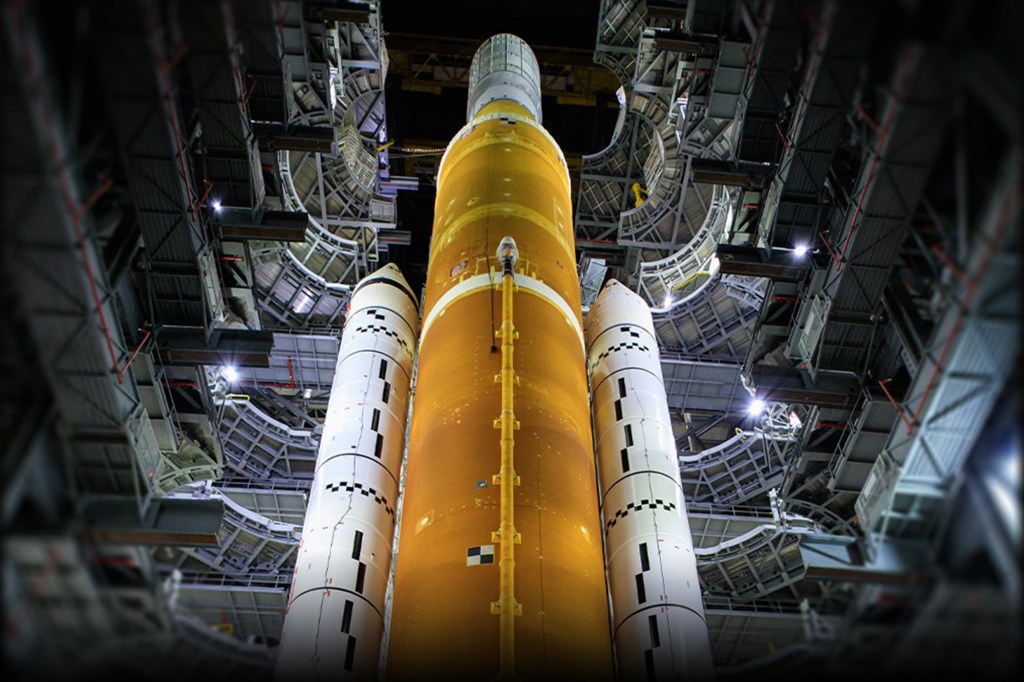 All the major pieces should all be at the launch pad on March 17.NASA

It will take about 11 hours to take the mega-rocket from its storage location to the launch pad.

Once there, NASA has said it will take about two weeks for experts to prepare for the “wet dress rehearsal.”

This means propellant will be added to the rocket tanks and a full launch countdown will take place.

That should take place in early April. 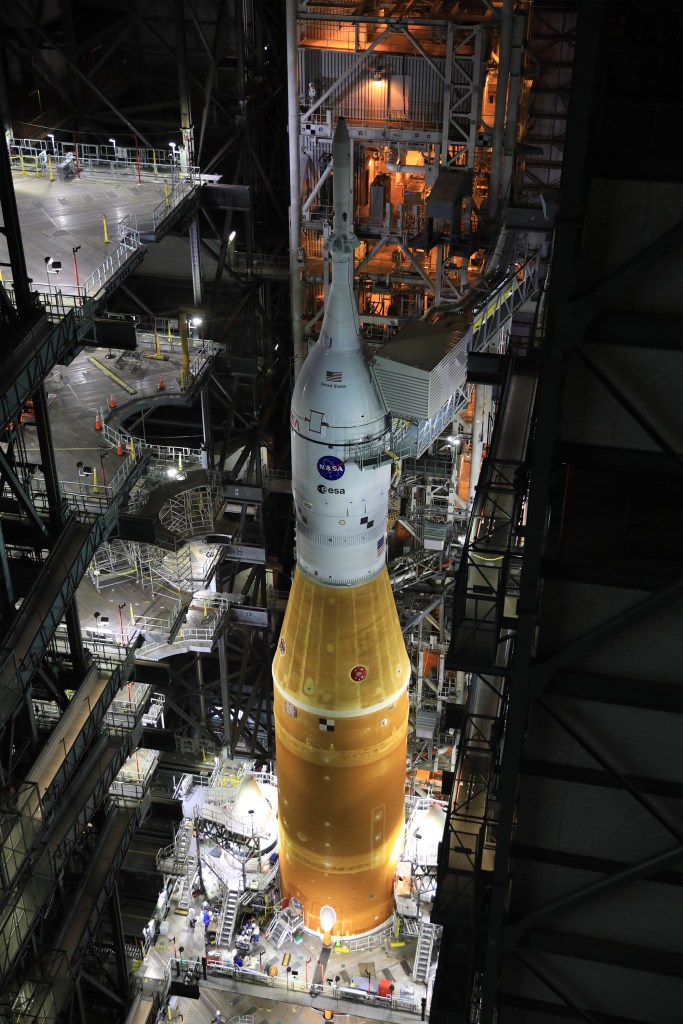 However, NASA’s SLS and Orion spacecraft won’t be going anywhere.

How the equipment behaves will determine when Artemis 1 can actually take off.

Tom Whitmeyer, deputy associate administrator for exploration systems development at NASA, previously said: “The agency is waiting to for the wet dress rehearsal to see how we’re doing … we’ll set the launch date at that point.

“We continue to evaluate the May launch window, but we recognize that there’s a lot of work in front of us and we need to make sure we get through that testing and evaluation activity before we set a launch commitment date.” 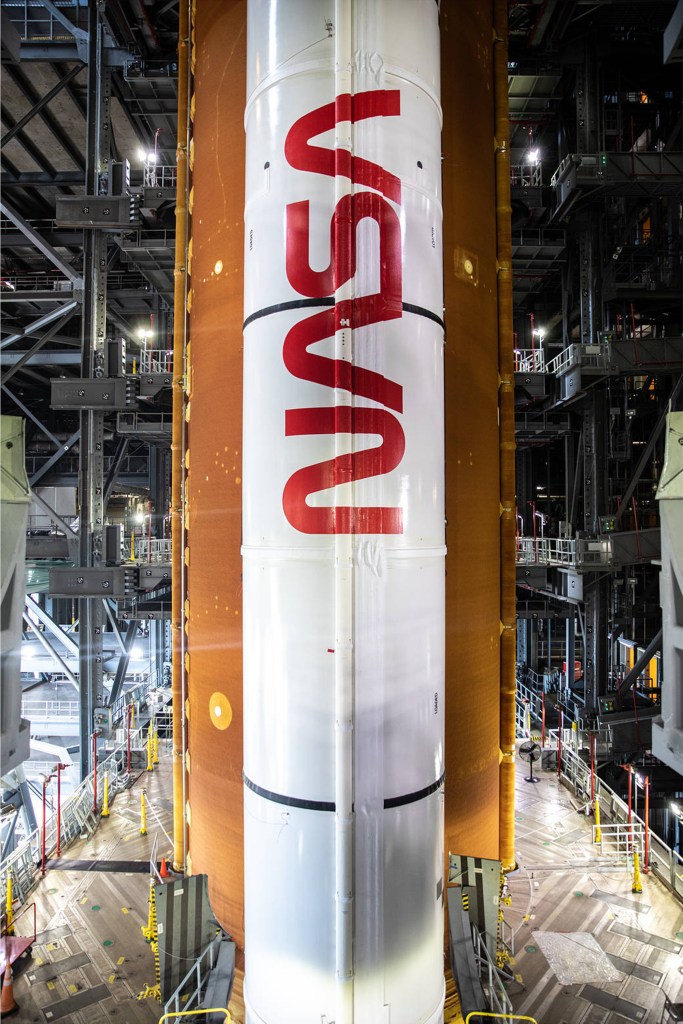 It will take about 11 hours to take the mega-rocket from its storage location to the launch pad.NASA/Kim Shiflett

If all goes to plan, all the equipment will be wheeled back into the Vehicle Assembly Building and a launch date will finally be set.

This could be almost any time in May, June or early July.

It all depends on weather conditions and where the moon is in its lunar cycle.

Next post Horner insists he thinks Mercedes car is legal