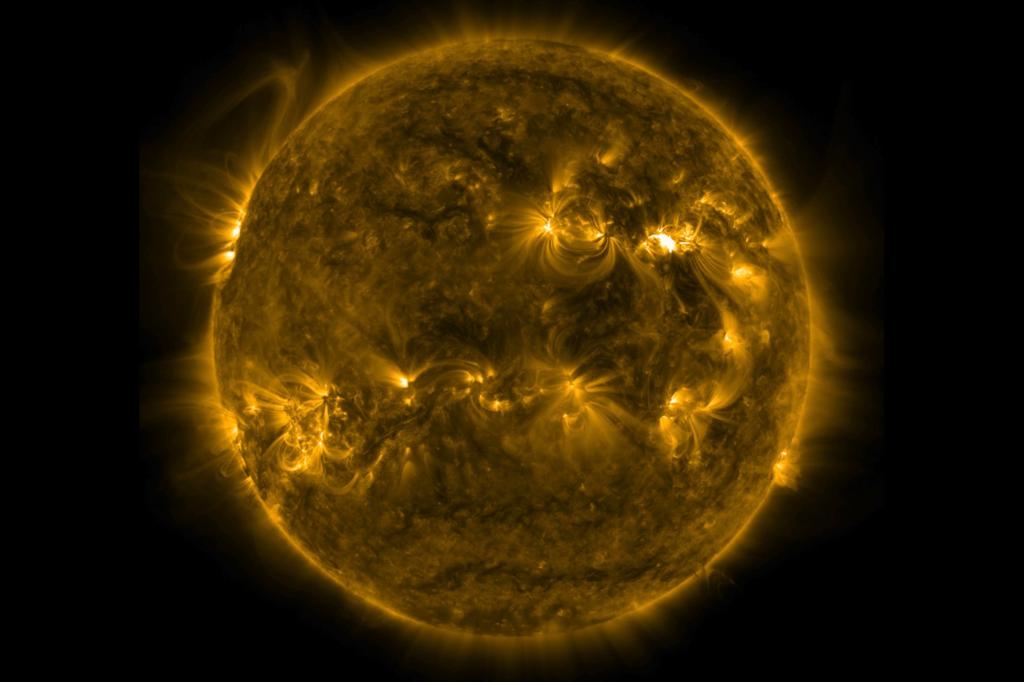 The awe-inspiring moment that a powerful solar flare erupted from the sun earlier this week has been captured by NASA.

The space agency’s Solar Dynamics Observatory spotted the super hot stream of radiation as it was belched from our star on Wednesday.

According to a NASA blog post, the explosion burst in the most powerful class of flare of which our sun is capable, an X-class clocking in at X1.3.

It poses no threat to Earth as it was fired in a different direction, but had it struck our planet, it could have knocked out power grids and satellites.

The stream of hot material is the result of a frenzy of solar storms that have erupted from the sun throughout this week.

A total of 17 were captured by NASA observatories exploding from the star on Monday and at least two were fired in Earth’s direction.

When CMEs reach Earth, they trigger what is known as a geomagnetic storm — a largely harmless disturbance of the magnetic field.

Thankfully, those launched in our direction were low-intensity flares that posed no threat to technology on Earth.

The March 30 flare imaged by NASA, on the other hand, could have caused chaos had it come this way.

“This flare is classified as an X-Class flare,” NASA wrote. This was an X1.3.

NASA continued: “X-class denotes the most intense flares, while the number provides more information about its strength.

Data on this week’s CMEs has been captured by NASA’s Solar Dynamics Observatory and Solar and Heliospheric Observatory. 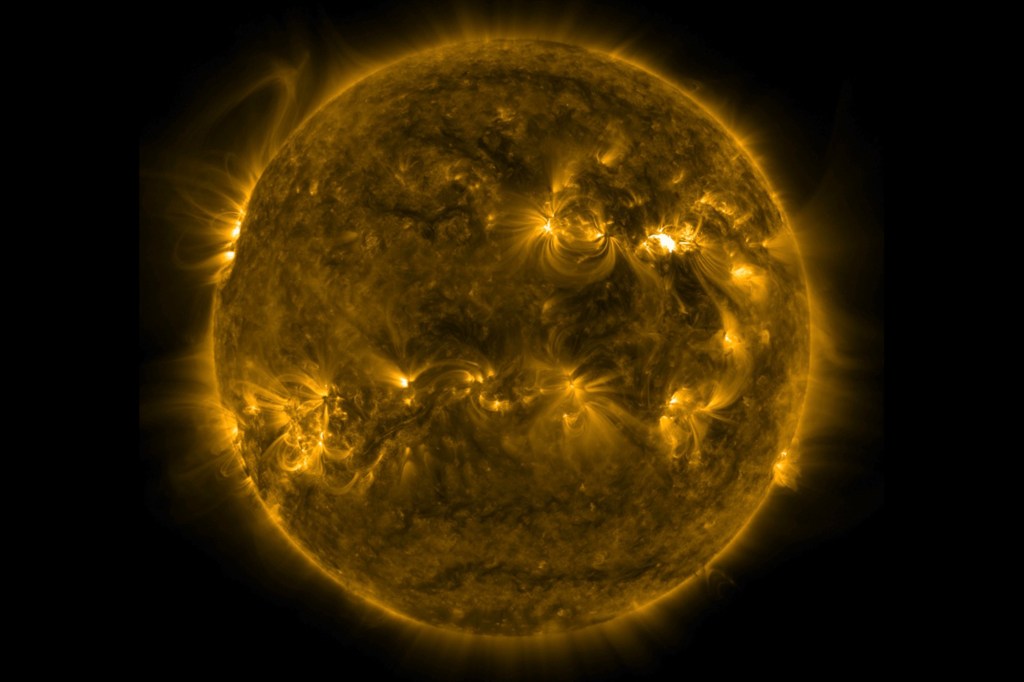 A powerful X-class solar flare as it erupted from the sun on March 30.NASA Solar Dynamics Observatory

They’re the result of an unusually active sunspot, dark and violent regions that appear due to a tangle of powerful magnetic forces.

The storms have led to showings of the northern lights at unusually low latitudes in Europe and North America.

Solar storms are caused by CMEs and solar flares, which are huge expulsions of hot material called plasma from the sun’s outer layer.

They can lead to the appearance of colorful auroras by energizing particles in our planet’s atmosphere.

Each solar storm is graded by severity on a scale of 1 to 5, with a G1 described as “minor” and a G5 as “extreme.”

Storms at the upper end of the scale wreak havoc on our planet’s magnetic field, which can disrupt power grids and communications networks.

“Harmful radiation from a flare cannot pass through Earth’s atmosphere to physically affect humans on the ground,” NASA says.

“However — when intense enough — they can disturb the atmosphere in the layer where GPS and communications signals travel.”

In the past, larger solar flares have wreaked havoc on our planet.

In 1989, a strong solar eruption shot so many electrically charged particles at Earth that the Canadian province of Quebec lost power for nine hours.

As well as causing issues for our tech, they can cause harm to astronauts working on the International Space Station, either through radiation exposure or by interfering with mission control communications.

The Earth’s magnetic field helps to protect us from the more extreme consequences of solar flares.

This story originally appeared on the Sun and was reproduced here with permission.

Next post Racial minorities are less likely to receive CPR when they need it: Bystanders give CPR significantly more often when the person suffering cardiac arrest is white