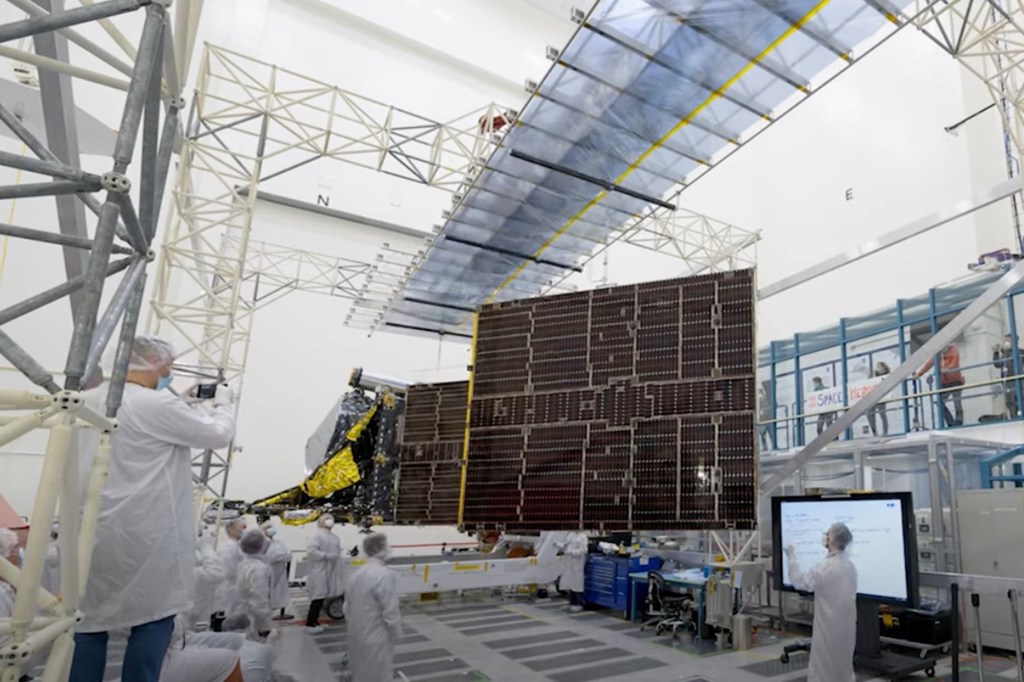 NASA has revealed a behind-the-scenes clip of its huge Psyche spacecraft that will one day probe an expensive asteroid.

The craft will be probing Asteroid 16 Psyche, which is thought to be worth up to $10,000 quadrillion.

The YouTube description explains: “NASA’s Psyche mission is preparing for a 1.5 billion-mile (2.4 billion-kilometer) solar-powered trip to the metal-rich asteroid of the same name.

“In a cleanroom at NASA’s Jet Propulsion Laboratory in February 2022, twin solar arrays were attached to the spacecraft body, unfolded lengthwise, and then re-stowed as tests on Psyche continue.

“The five-panel, cross-shaped solar arrays are the largest ever installed on a spacecraft at JPL, so engineers had to test them one at a time.”

Pysche should be sent on its mission in August this year.

NASA isn’t planning on mining Asteroid 16 Psyche for its gold but it does want to study it.

Scientists want to work out exactly what it’s made of and how much it’s really worth.

The mission will be NASA’s first visit to a metallic asteroid.

So far Psyche has been studied from afar by the Hubble Space Telescope and most things we know about it are estimations.

We know 16 Psyche is nestled between the orbits of Mars and Jupiter and we think it’s made of solid metal.

The giant potato-shaped rock is about 140 miles wide.

Its brightness suggests it’s largely made up of nickel, iron, or gold.

NASA’s Discovery Mission should arrive at 16 Psyche in 2026.

It reckons Psyche is a survivor of violent hit-and-run collisions between planets which were common when the solar system was forming.

That means it could tell us how Earth’s core and the cores of the other terrestrial planets were formed. 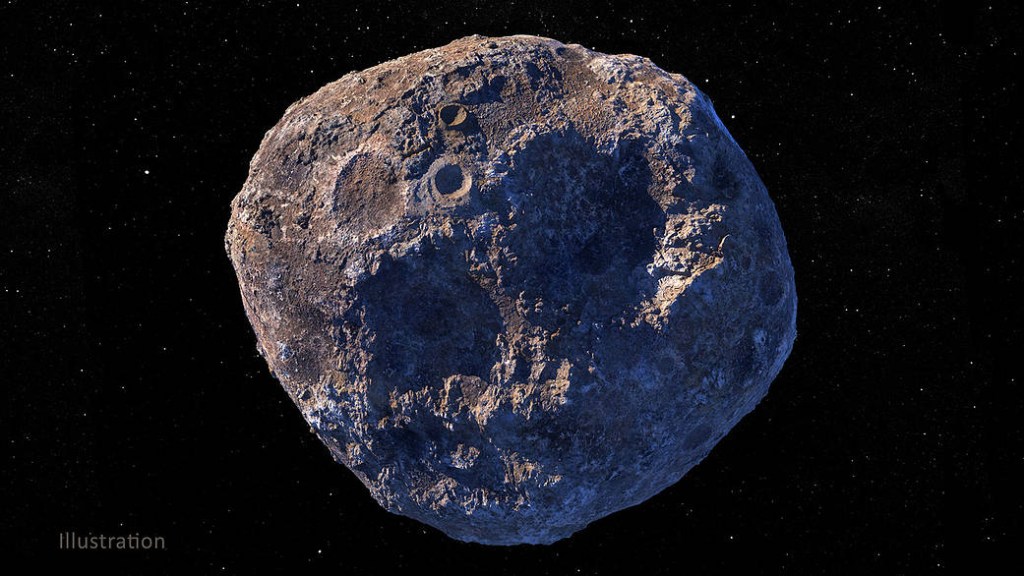 NASA wants to determine its exact composition and also examine its four-mile crater.

It’s hoped the crater could teach us how to deflect an asteroid of this side and prevent it from hitting Earth.

NASA’s spacecraft should also map the asteroid and work out how old it is.

The current plan is to launch it on one of Elon Musk’s SpaceX Falcon Heavy rockets this summer.

The Psyche spacecraft should fly past Mars in May 2023 before continuing another three years into space for its final destination.

Next post How to Choose a Pay Schedule for Your Business