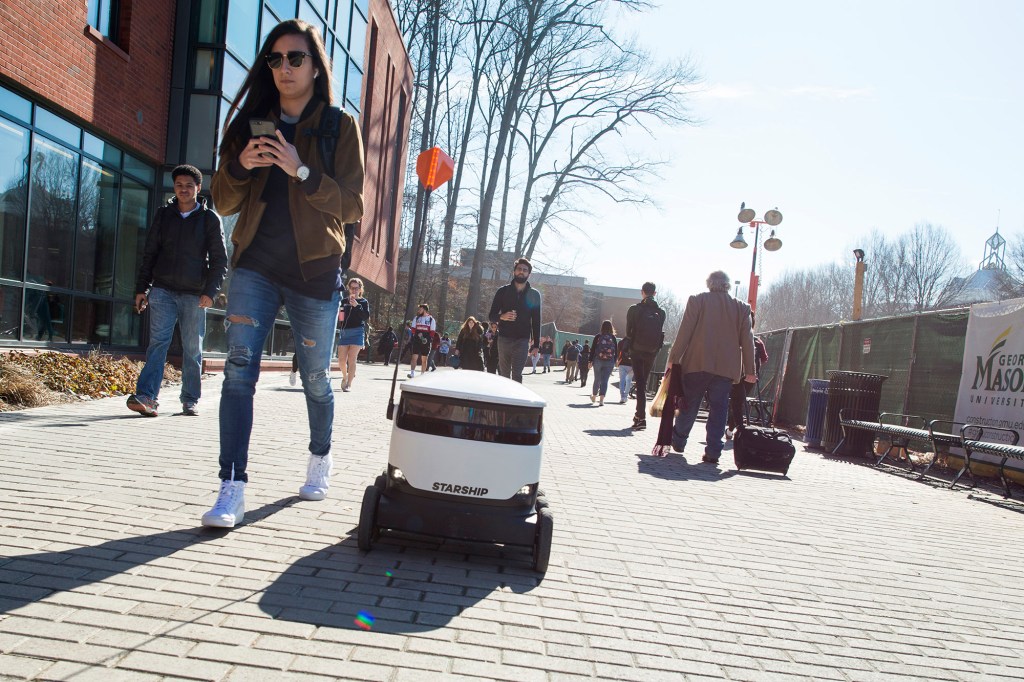 SAN FRANCISCO – Neither snow nor rain nor heat nor gloom of night may be part of the unofficial slogan that mailmen live by but in college towns across the country, little, six-wheeled delivery machines are taking on Mother Nature whatever she throws their way.

Starship Technologies has hundreds of machines from coast to coast that deliver food and other items through an ordering app.

“So we operate in many of our environments from seven a.m. until midnight. On college campuses, late-night food is a thing and is the trend. We can drive in any weather conditions- rain, shine or snow,” Chris Neider, director of business development at Starship Technologies, said.

The battery-powered robots use sidewalks and other pedestrian-friendly paths to deliver their orders, mostly free of operator interaction, but routes can occasionally be interrupted.

A downed tree from a storm or even a scooter that wasn’t returned to its proper home can cause issues and force the robot to phone home for help. 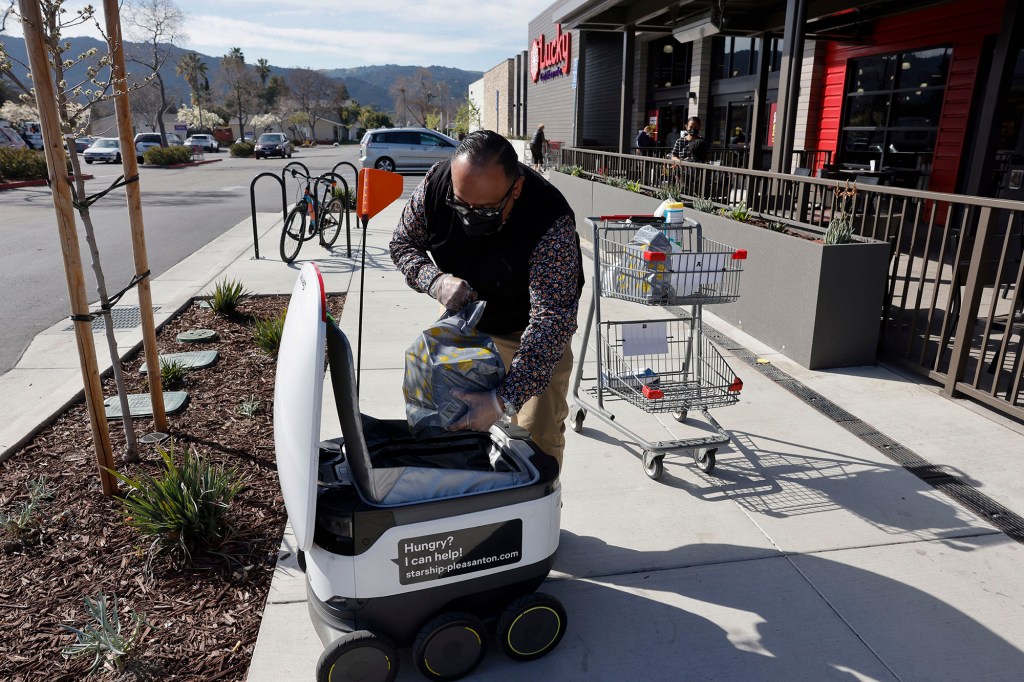 Lucky California supermarket store Director, Mario Guerrero loads grocery bags into the hull of a Starship Technologies robot before the robot heads out for delivery in Pleasanton, California.EPA

The company said it is rare that an operator needs to get involved, but one is available and nearby if assistance is needed.

Neider warned that the robots have limitations and, like all delivery services, can’t handle large snowfalls or other significant events. 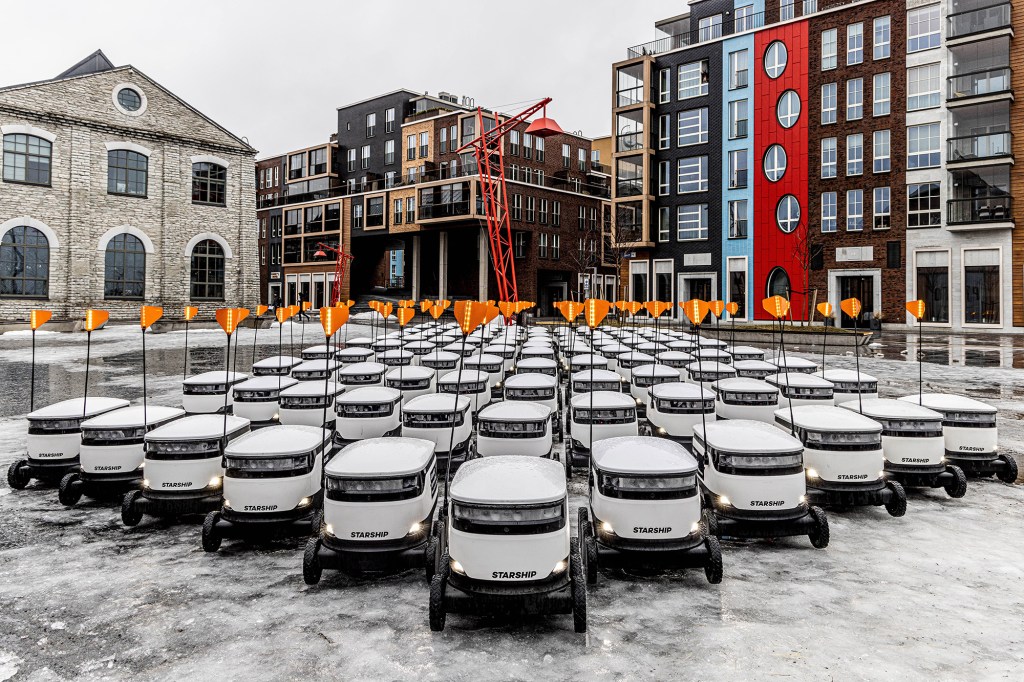 Starship Technologies has hundreds of machines from coast to coast that deliver food and other items through an ordering app.Starship

“The robot does not have a plow on it, so there are limitations. If there is a flood and roads are closing down, and the service area is experiencing extreme conditions, like any food service, we are going to send the robots home and pause service,” Neider said.

Neider said a good rule of thumb is when universities are operating normally, so are the robots. 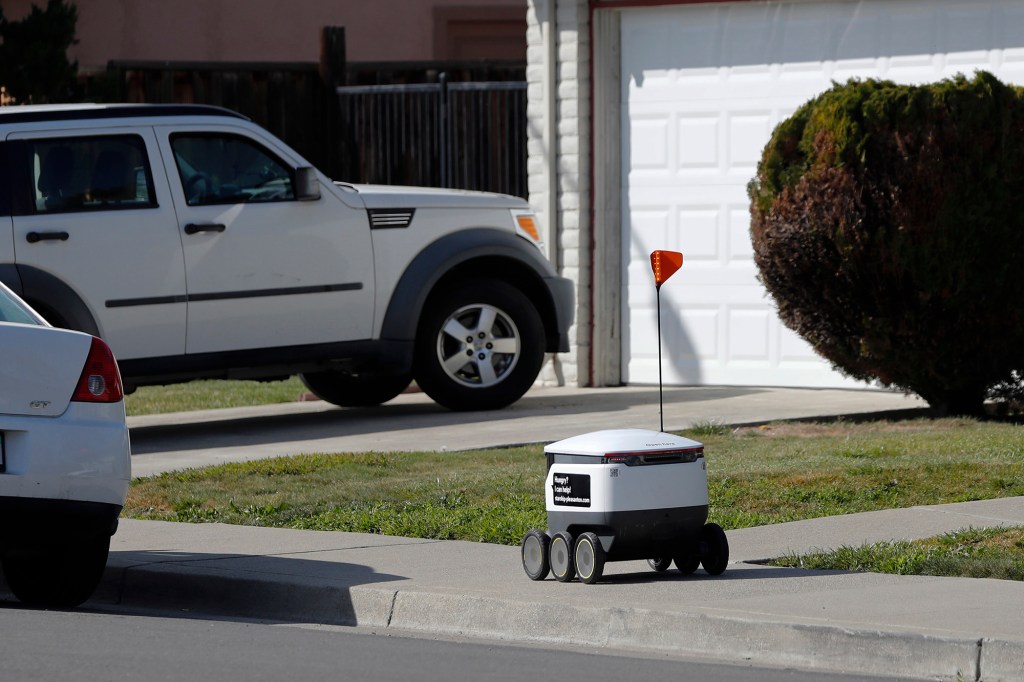 A Starship Technologies robot heads out on a sidewalk for grocery delivery from Lucky California supermarket in Pleasanton, California.EPA

When schools close because of snowstorms, hurricanes, or another significant event, the company does everything it can to limit exposure to their operators as the machines.

“There are plenty of conditions where we turn the service off and pause it because we have to take care of our team and make sure they are safe,” Neider said.